10 Ukrainian Startups That Are Conquering the World (Despite the Pandemic)

June 2, 2021
Over the past years, Ukrainian startups have started rising not only in the Ukrainian market but in international ones, as well. Here are 10 of them to check out. 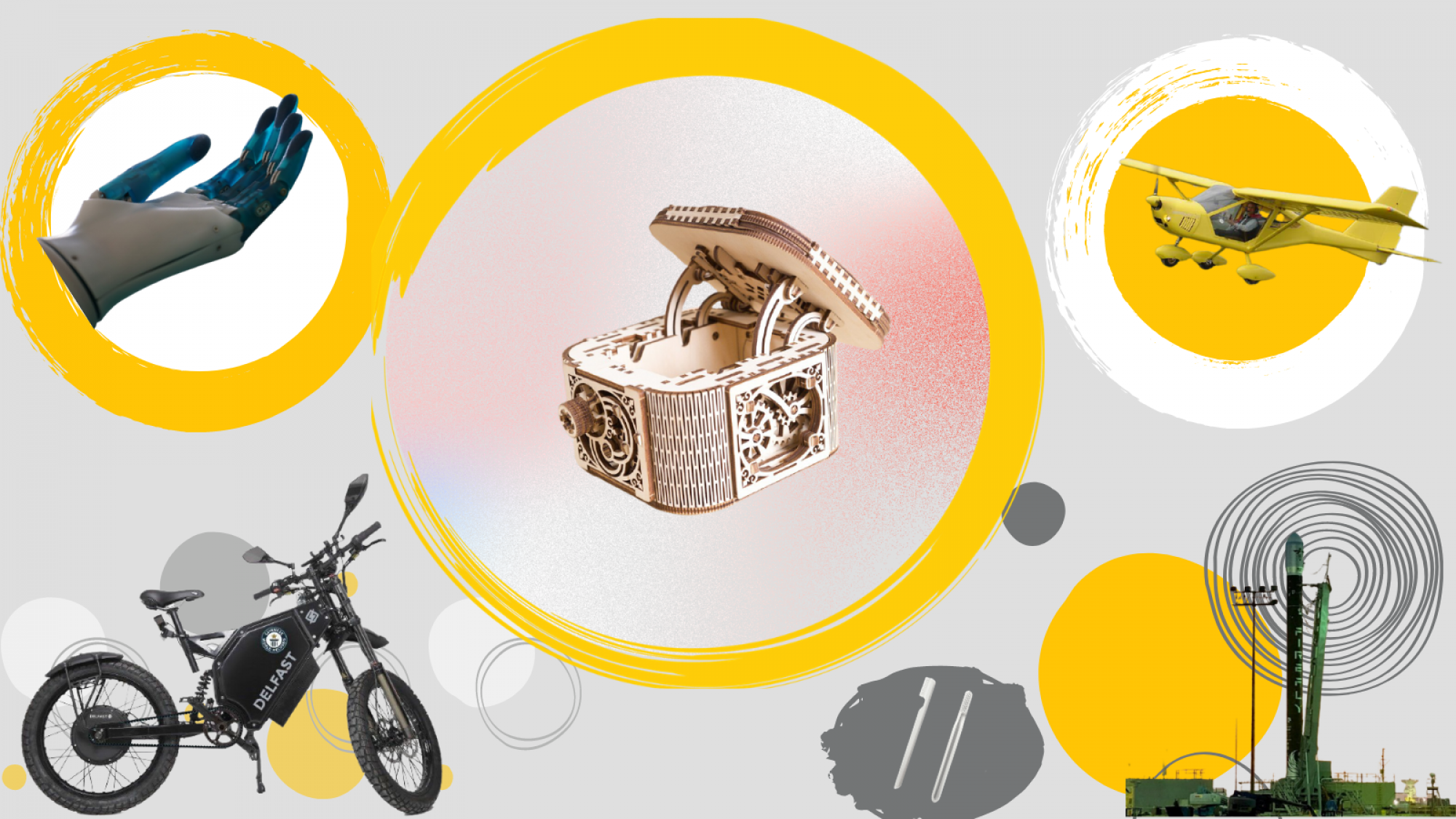 The Ukrainian startup Effa created a first-of-its-kind toothbrush made entirely from nature-friendly recyclable materials, and is selling them to Netflix, Radisson, and Airbnb.

Effa's toothbrushes can easily replace plastic ones. The body of the toothbrush is made of fibers of renewable sugarcane, and the head is made with recyclable silicone bristles. In addition, they can be used for up to 30 days.

"With the beginning of the COVID-19 pandemic, we have started thinking and acting faster. We have developed a product line of such components like soaps, face masks, and toothpaste, as well as other personal care products," Dasha Kichuk, the co-founder of the startup, tells UkraineWorld.

The startup has already received financing from an Estonian investment fund, which will be spent on the development of new products, sales, as well as expansion of their team.

Just recently, Dasha Kichuk revealed that the startup has attracted $500,000 from Ukrainian private investor and is now valued at $3.5 million.

Watch our short video on this startup:

Yuriy Yakovliev is an engineer and the founder of the plane manufacturer Aeroprakt. His company is a world leader in ultralight aircraft production. Aeroprakt started out as Soviet amateur aircraft design club in 1986. Every year, they produce on average 24 aeroplanes.

After Ukraine gained its independence, Yuriy and his business partner registered Aeroprakt as a business and found their first investor from the United Arab Emirates, with whom they have been working for more than 20 years.

Aeroprakt has produced over 1,000 two-seat sports planes that fly in more than 40 countries around the world.

They have produced more than 849 of their most popular model, the Aeroprakt-22, which flies in the U.S, the UK, Germany, Spain, and even in the Republic of Fiji and New Zealand.

Yuriy and his team of engineers design the planes, create the parts and assemble the aircraft at their factory in Kyiv. Yuriy, who is also a pilot, tests the planes and participates in European and world flying competitions.

"I have been fighting for the liberalization of air traffic laws since 2008, and every year I helped change Ukraine's regulation that required a permit for takeoff in advance. Now, we are striving to abolish the complicated procedure for small aircraft owners to fly from and to Ukraine," Yuriy Yakovliev tells UkraineWorld.

Watch our video about Aeroprakt:

While there are many prostheses available on the market, most of them have limited functions. Esper Bionics wants to change that by creating a system that helps integrate any prosthesis with the human body.

"Controllability is one of the huge problems on the market. Thanks to modern data processing, we are now able to detect in which conditions a certain grip is preferred by the user and help to choose that grip in advance", Ihor Ilchenko, co-founder and engineer, explains to UkraineWorld.

The robotic hand sends the user's data to the cloud and updates algorithms controlling the hand.

Esper Bionics has only 2 prototype prostheses tested by amputees, but the startup has received money from the SMRK venture fund. They plan to produce 20 prostheses by the end of the year and offer them to US clinics.

Watch our video about Esper Bionics:

4. Reface — Unique Al Technology That Can Swap Faces in a Video and GIFs in Seconds

Reface is an application developed by Ukrainians with a unique AI technology that puts peoples' faces into gifs, images, and videos. The story of the company  has been told by numerous well-known Western outlets like Forbes, The Sun, and The Verge. Even Elon Musk has tweeted about it.

Last year, Reface was chosen as one of 2020's best apps for fun on Google Play and was downloaded more than 50 million times.

The app became an even more popular download than TikTok, Netflix, and Disney.

According to Dmitry Shvets, RefaceAl's CEO, COVID-19 has brought to the surface many issues in our modern life, such as a lack of efficient communication, warmth. The Reface app has brought joy and helped enrich connections to millions of people during these tough times.

Moreover, lots of businesses had to face online format of life. In this regard, the app became a unique platform for fulfilling such an idea, as it allowed them to adopt, promote their content, as well as to keep their positions on the market.

UGEARS is a Ukrainian startup that produces unique, self-propelled, wooden mechanical puzzle boxes and educational toys, which have become a fun and educational hobby for people in 85 countries across 5 continents. Startup's team includes more than 250 professionals: engineers, designers and craftsmen who bring a fantasy to life. Their leaders in sales are the U.S., China, Russia, and England.

The startup has dealers and distributors in foreign countries, and their products can be bought both online or in stores. You can thus find their toys on online marketplaces like Amazon, Rozetka, OLX, and more.

In some markets, UGEARS competes with and is learning  from LEGO, as the startup becomes visible and recognized.

Moreover, it signed a partnership with Disney.

Delfast is a Ukrainian startup producing electric bikes. Its bikes are used by delivery services and by police patrols. It was founded back in 2014 by Daniel Tonkopiy and Serhii Denysenko as an eco-delivery service.

The company has managed to develop an e-bike with a Guinness World Record range of 320 km on a single charge, with no pedal power needed.

It has thus been of great use to the delivery business.

Just recently, Delfast has closed the first round of a crowdfunding campaign raising $3,4 million from local and foreign investors on Fundable which will be used to finance their operations. Moreover, according to a recent ranking, the Ukrainian startup was included in the TOP-10 European startups boosting the home delivery sector. So far, people in 40 countries are riding with Delfast. "In March 2019, when the pandemic started, our sales dropped as people were spending money only on basic goods. But when the first pandemic phase ended, we upgraded our e-bikes and offered new financing options for the customers worldwide, and our sales have increased," Daniel Tonkopiy, the CEO and co-founder of Delfast, tells UkraineWorld.

Moreover, according to him, Delfast also changed its key marketing message and started positioning its e-bikes as an eco-friendly and healthy personal transport option that is a perfect alternative to public transport and cars. Overall, in 2020, Delfast experienced a 3x increase in e-bike sales, growing up to $1.7 million, up from  $552,000 in 2019. Delfast will soon start the production of bikes in Kyiv.

7. Grammarly — The Personal Writing Assistant of Your Dreams

Have you always dreamed of having your own personal writing assistant? Grammarly can help you improve any text by eliminating grammar errors, correcting your style and making your writing clear and engaging.

It is one of the most well known Ukrainian startups, and it was valued at more than $ 1 billion in October 2019.

It was founded by Ukrainians Max Lytvyn, Alex Shevchenko, and Dmytro Lider in 2009. Currently, Grammarly has more than 500 team members across offices in Kyiv, New York, Vancouver, and San Francisco. 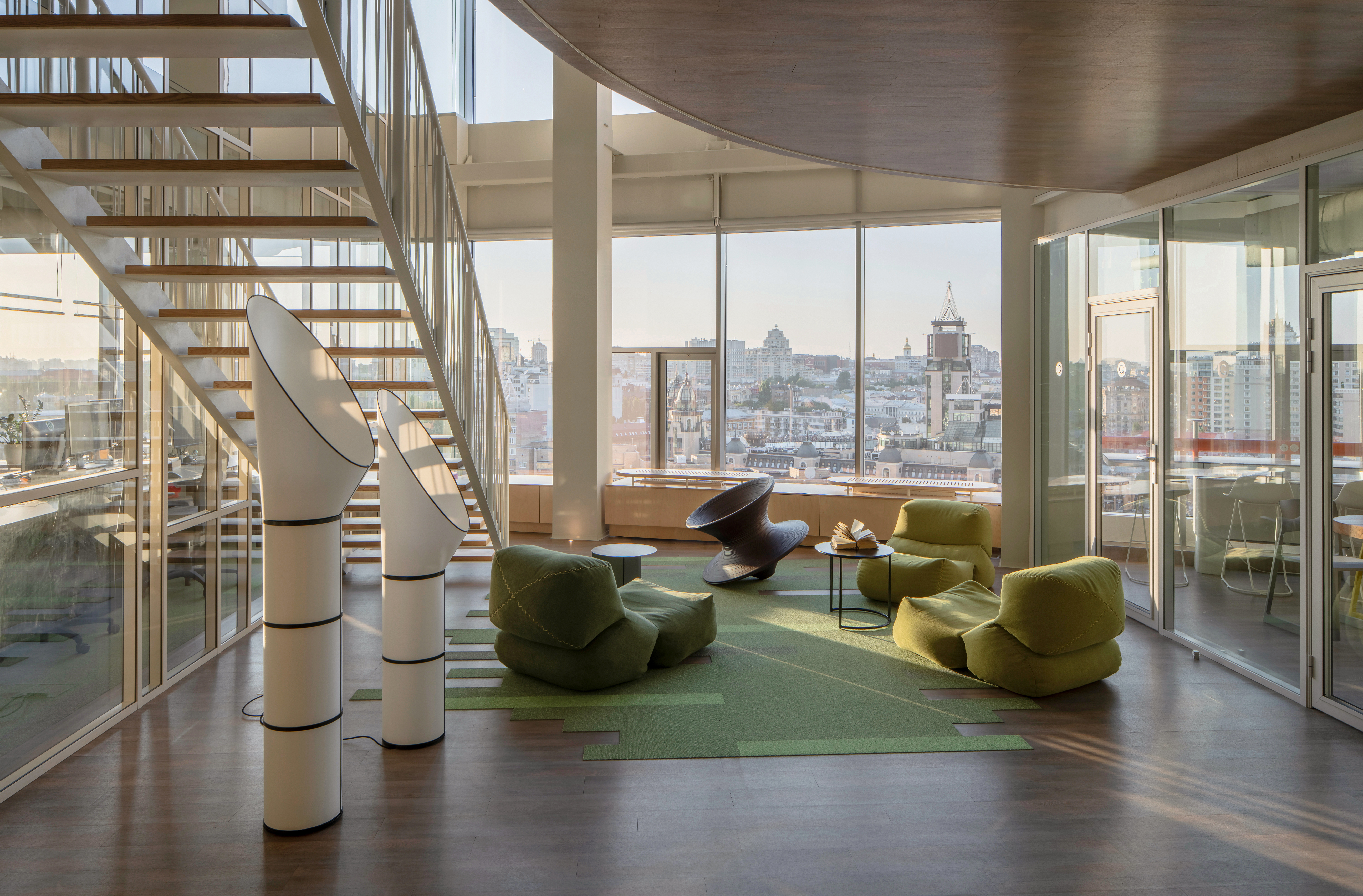 Anatolii Visikirskyi, People Partner, Grammarly (Kyiv office) told UkraineWorld that in 2020, the organization invested in another company for the first time (the American startup Docugami),

and launched an initiative to create the first annotated GEC-dataset of the Ukrainian language (GEC — grammatical error correction).

Moreover, they have also added a separate offering for nonprofits and NGOs: Until the end of 2021, they can get free access to Grammarly Premium and Grammarly Business. During the pandemic, these organizations have worked on vital services and programs, and many of them have faced financial difficulties. This offer is intended to support them in written communication in English for example, when communicating with partners and donors or in preparing grant applications.

According to Visikirskyi, the main challenge for the company last year was their transition to remote work. Grammarly's team started working from home in early March 2020 and will be able to continue working remotely until at least September 2021.

Preply is a global online platform that assists people in searching for tutors. Upon registration, users can search for them by price, availability, nationality, and language, as well as get access to a tutor's calendar to choose the best time for a lesson.

The marketplace was founded in 2012 by Kyrylo Bigai, Dmytro Voloshyn and Serhiy Lukyanov. The startup initially focused on the Ukrainian, Russian, Belorussian and Kazakhstani markets, but over the years it has expanded to Spanish, German, Polish markets as well thanks to the investments it has attracted.

Today, users of the platform can find 49,000 online tutors from 185 countries, schedule lessons by booking in seconds via desktop or mobile, as well as keep track of learning progress thanks to learning plans.

In 2017,Firefly Aerospace was created by Ukrainian entrepreneur Max Polyakov, which bought the assets of the previously existing Firefly Space Systems Aerospace.

According to various estimates, the company has raised between $75 million and $100 million in investments, according to ain.ua. The idea of the enterprise is not to send big and expensive rockets into space, but rather to use light and commercially-viable launch vehicles to deliver small payloads into orbit. Its headquarters are located in Austin, Texas, and its Research and Development center is located in the Ukrainian city of Dnipro.

Moreover, at the end of 2020, Firefly Black LLC, a subsidiary of Firefly Aerospace, signed a $9.8 million contract with NASA to launch small satellites to orbit.

10. Ajax — Guardian of Your Security

Ajax Systems is a smart, reliable, and lightning-fast security systems, which deters burglars, detects fires, streams security cameras, and controls appliances to help prevent big problems. The company was established in 2011 by Oleksandr Konotopskyi. His goal was to fill the mid-range gap in the market for security systems, which laid between cheap Chinese and expensive Western brands. Now, Ajax is an award-winning wireless security system with over 900,000 users in 120 countries.

"As we grow quite quickly, we are changing the company almost every quarter. New people, new processes, new challenges. The most important milestone is the next milestone. Here and now. For example, right now Ajax is becoming really multinational. Since we're trying to avoid becoming another boring corporation, our goal for today is to improve our management system and to move to another stage quickly, and we so we are restructuring internal processes almost every day now," Oleksandr Konotopskyi, a CEO of Ajax Systems tells.

The startup has branches in Dubai and South Africa. They also plan to launch into markets in North and South America, Australia and Asia this year.

Check out Ajax Systems' Youtube channel to find out more about the system's operation.

Developing a bright idea into a good product is a skill over which Ukrainians have gained a great deal of mastery during the past several years. There are many more Ukrainian high-tech companies these days making a difference in  the development of various sectors around the world, and we look forward to telling you about them in our upcoming articles.

A massive information campaign against Ukraine's pro-EU and pro-Western orientation is spreading in Ukraine across TV channels and social networks. Anti-Western...
PODCAST
September 29, 2020