March 18, 2022
Ukrainian philosopher Oleksiy Panych reflects upon three most important errors the West makes in understanding Russia: (1) their belief in peaceful coexistence with Russia; (2) their delusions about the Russian people, and (3) the prospects they give to “Russian democracy.” 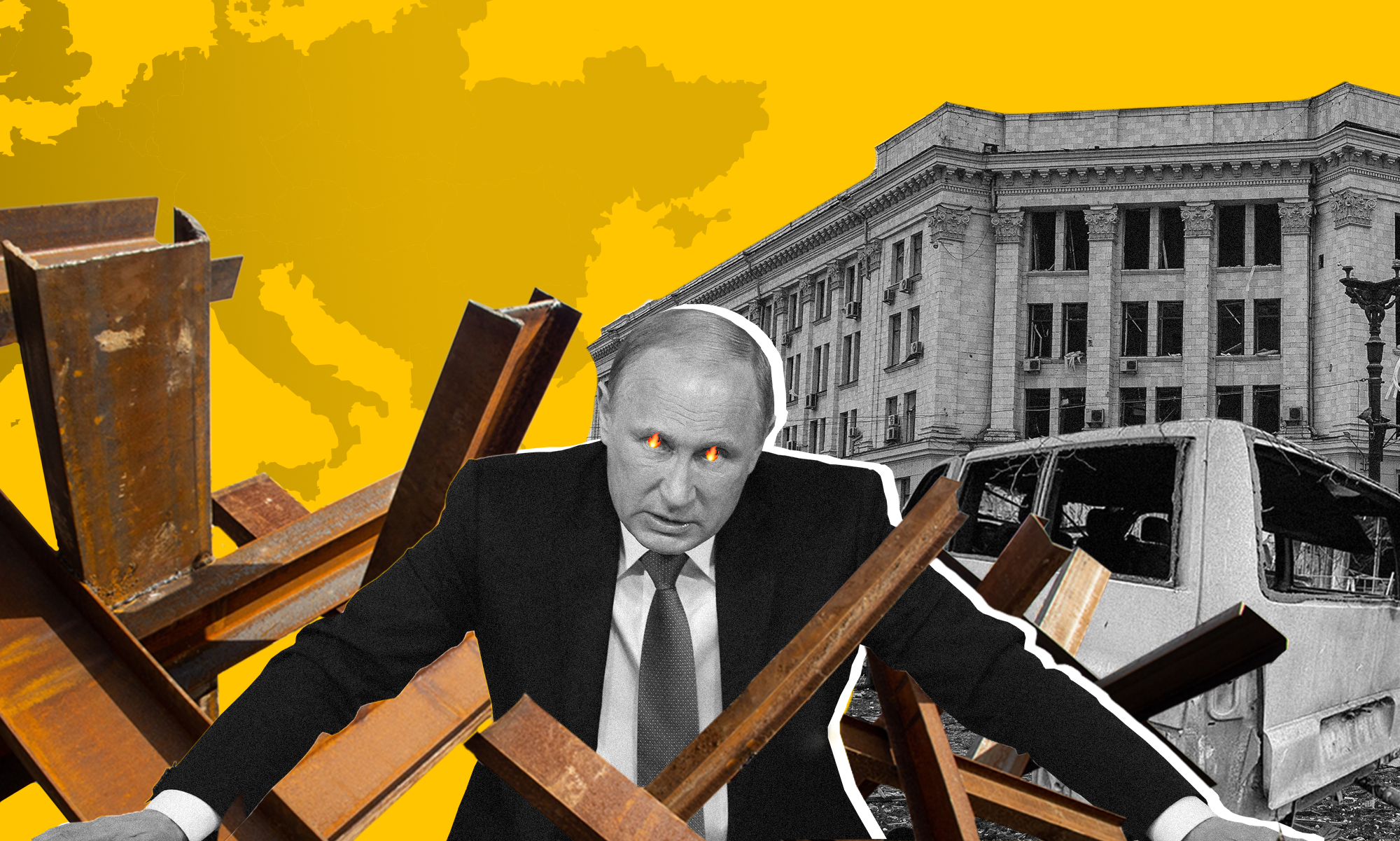 In this piece, I will try to respond to the West's three most important errors in understanding Russia.

1. "One can seek peaceful coexistence with Russia with the same model that became the cornerstone of European peace after WWII."

Recent events have forced European leaders to publicly admit for the first time that the logic of accommodation was wrong. Josep Borrell, EU's chief diplomat, remarked at a plenary session of the European Parliament that after Russia had annexed Crimea, Europe not only failed to reduce its dependence on Russian gas, but in fact increased it.

Europe not only failed to reduce its dependence on Russian gas, but in fact increased it

Borrell did not mention, however, that this decision was deliberate. Angela Merkel attempted, despite Putin's resistance, to drag Russia into the same model of a "peaceful economic interdependence" that was basically created after WWII by Robert Schuman and Konrad Adenauer. However, in dealing with Russia, this approach did not and will not work — for the reasons explained below.

2. "Putin is just an accidental aberration, a regrettable mistake of history, whereas Russian people are themselves fundamentally good and peaceful."

Unfortunately, those few thousands of Russians who are now protesting against the war are not representative of "the Russian people."

The true "Russian people" are imperial subjects. They do not feel and never felt themselves to be a "national community" in the Western understanding.

In the understanding of Russians themselves, their existence depends on and is a derivative from the existence of their empire. (That is why democracy in Russia is phony). Putin's Russia offered its subjects an informal social contract: accept the Kremlin's worldview, and you can have prosperity. Those who accepted saw their fortunes rise, while those who did not could lose their prosperity, health, freedom, and sometimes even their lives (as did people like opposition politician Boris Nemtsov and journalist Anna Politkovskaya). Just a handful of Russians have consciously refused this social contract, while the majority of them accepted its terms and conditions. Now this social contract is under threat, but too many of these imperial subjects still do not see any alternative to supporting their empire, despite all its troubles. That is why it is simply meaningless to appeal to Russians to wake up and "influence their leader."

3. "People in Russia will have the chance after Putin to build a peaceful and more or less liberal democracy."

The entire history of Yeltsin's rule clearly shows the fate of efforts to build liberal democracy in Russia. By the end of this period, Russia had virtually lost Chechnya and was on the edge of a new wave of "parade of sovereignties" (Putin openly admitted this in his book "First Person", published in 2000 just before his first presidential elections). Only Putin and "Putin's methods" (including the murderous bombardments used in Grozny and now being seen in Mariupol) managed to break down this tendency and reverse it into "land recollection" instead of losing yet more land. That is why another attempt to build a democracy in the Russian Federation without reconsidering its borders and political order will lead to the repetition of the same scenario: either spontaneous disintegration, or a return of the imperial center to aggressive "Putinism" as the only way to prevent this disintegration.

Considering this logic of development of Russian statehood, the best option is controlled dismantling of this empire instead of a spontaneous one — that is, a transformation of the Russian Federation into its own "Commonwealth of Independent States."

The best option for Russia's future is controlled dismantling of this empire instead of a spontaneous one — that is, a transformation of the Russian Federation into its own "Commonwealth of Independent States."

This is not yet a question for today, but strategically this is what the world should be prepared to do; all other scenarios will be worse and lead to worse long-term consequences.

Oleksiy Panych is a well-known Ukrainian philosopher, opinion leader, and translator. He has translated dozens of books from European languages, including most recently Aristotle's Metaphysics

A story of Izyum, a city in Kharkiv region, which became yet another place of Russian war crimes
VIDEO
February 10, 2021