June 23, 2022
Over the past decades, Russian cinema has served not only as “art,” but as a tool of propaganda which dehumanized Ukraine and the West, preparing Russian citizens for the current war. 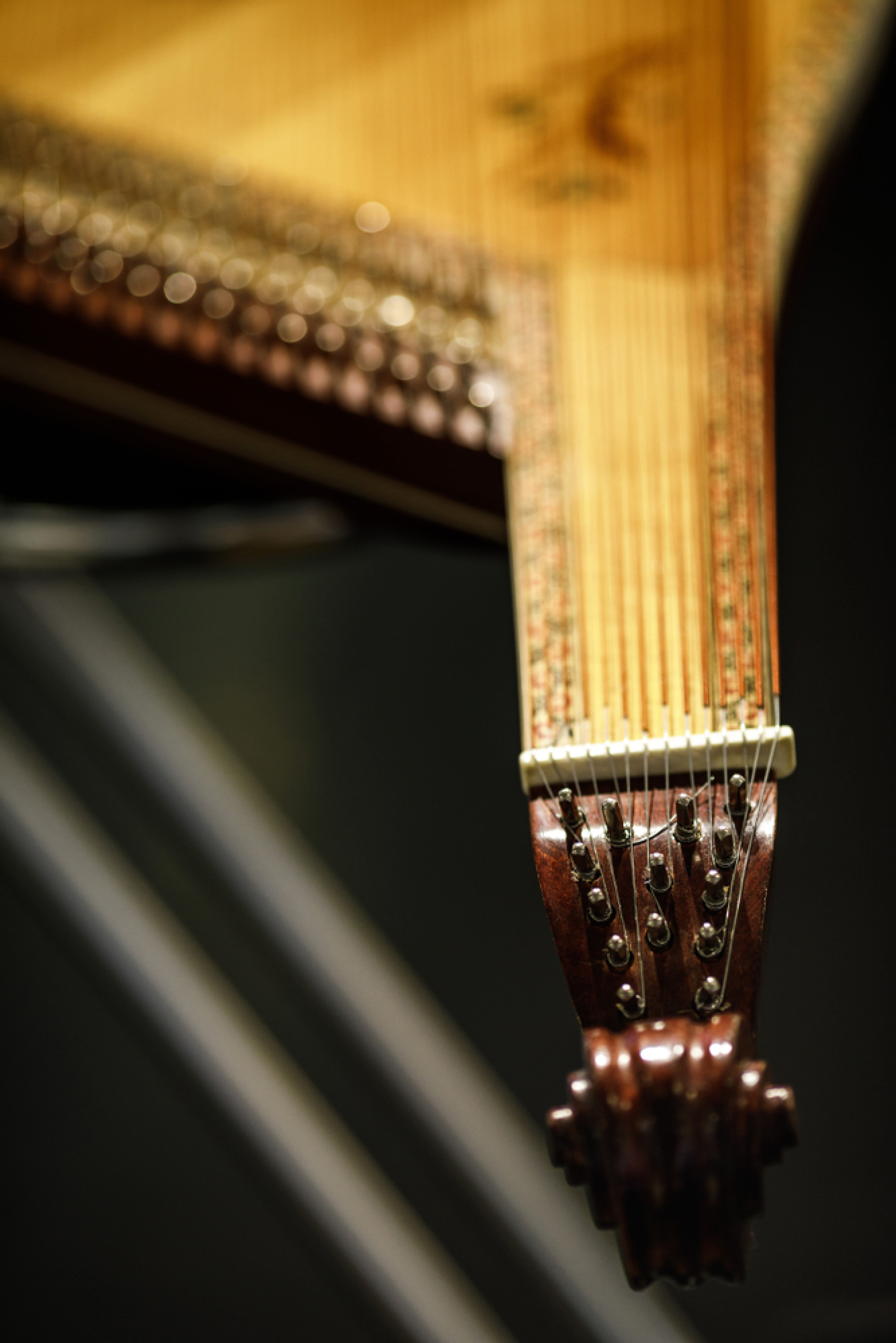 In his declaration of war on February 24, 2022, Putin used the words "the real strength is in justice and truth," which is a paraphrasing of a famous line from  Aleksei Balabanov's Brother 2, an independent Russian blockbuster from 2000: "Where is strength, brother? Strength is in truth (pravda)."

Putin likes using this quote, as he has used it repeatedly before. This phrase became a symbol of Russian self-confidence over the past decades, and often is used during the current full-scale invasion with the notorious letter "V," one of its enigmatic "symbols". 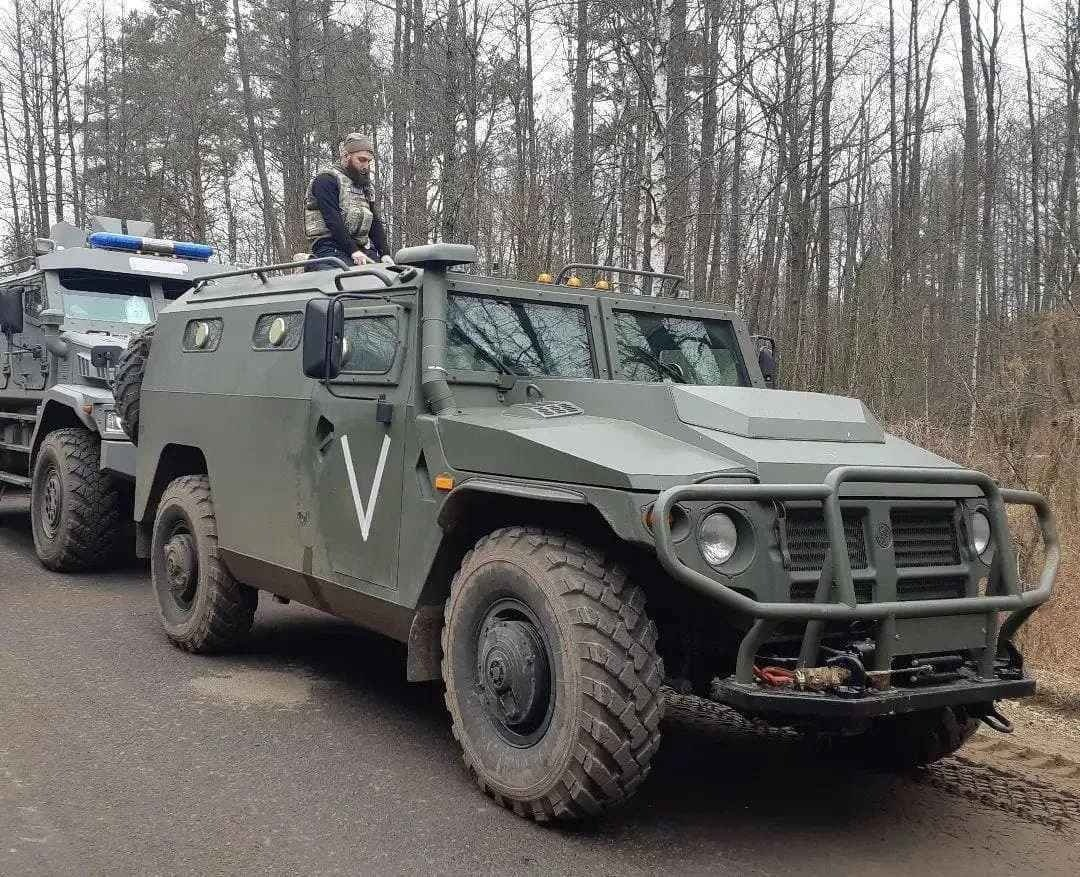 At first glance, Brother 2 is not a propaganda film at all, but rather an ordinary crime film from the early post-Soviet era. It tells the story of a young Russian gangster who comes to the US to help a friend's brother, who had gotten in trouble with people which are presented in the film as local Ukrainian mafia. Brother 2 became very popular in Russia. Quotes from the film have become catch-phrases, including the one referenced by Putin, and another line addressed in the film to a Ukrainian gangster: "You'll pay for Sevastopol too, you bastards." Crimea and Sevastopol were occupied by Russia in 2014. The main character of Brother 2, Danila Bagrov, became the hero of a generation — an archetypical rebellious Russian who fights back against the West, which is shown as corrupt, morally-rotten, and hypocritical.

Even if the creators of Brother 2 didn't plan for the film to become a manifesto of a new Russian geopolitical doctrine, it was and is still used this way.

Brother 2 is certainly not the only film that has been weaponized in the war against Ukraine.  Vladimir Lenin once described film as the most important of the arts. All Soviet rulers worked to bring this maxim to life, using cinema as their main propaganda tool for both international and internal use. Lenin's namesake, Vladimir Putin, continued this tradition, and has put state-funded film in the service of his politics. To distribute his truth.

Hundreds of films and TV series produced in Russia since 2000 have fed the population with toxic nostalgia, attacked the existence of the Ukrainian nation, glorified and normalized wars, militarized Russian society, and celebrated Russian greatness. Russian cinema (along with media and other culture) became a tool that helped Putinist elites stay in power, brainwash their people, and at the same time gain international recognition, through participation in film festivals.

The main destructive effect of these movies is that they have made the current war acceptable for Russians — for Russian pilots who drop bombs on maternity hospitals and shelters full of children in Mariupol, and at least for the 83% of Russian society who support this war of aggression against Ukraine.

After the start of the Russian invasion, Ukrainian filmmakers asked the international film community to stop screening all Russian movies, at least until the last Russian soldier leaves Ukrainian soil. Many voices oppose this initiative, arguing that art should be above politics. But it clearly is not. As it turns out, Russian cinema is an effective and deadly weapon and should be treated accordingly: it should be isolated and disarmed. The entire span of Putin-era cinema should be examined, the toxic elements of Russian imperialism identified, and its creators condemned. The architects of Russia's state-funded film propaganda machine and the authors of the most damaging pieces of propaganda must join their fellows from the political establishment, the army, and the FSB before an international tribunal.

And then we can let some Russian movies play again.

P.S. Ironically, with Hollywood studios' withdrawal from the Russian market after the imposition of  sanctions, the Brother films are returning to Russian cinemas to fill the holes in their repertoire. Once again, Brother will work to reinforce resentment and boost confidence in Russia's holy war against the "ugly West".

Two Russian historians take part in a historical reenactment in Ukraine in 2009 and miraculously end up in the real Lviv-Sandomierz operation in July 1944.

All Ukrainians are depicted as cruel but stupid Nazis. 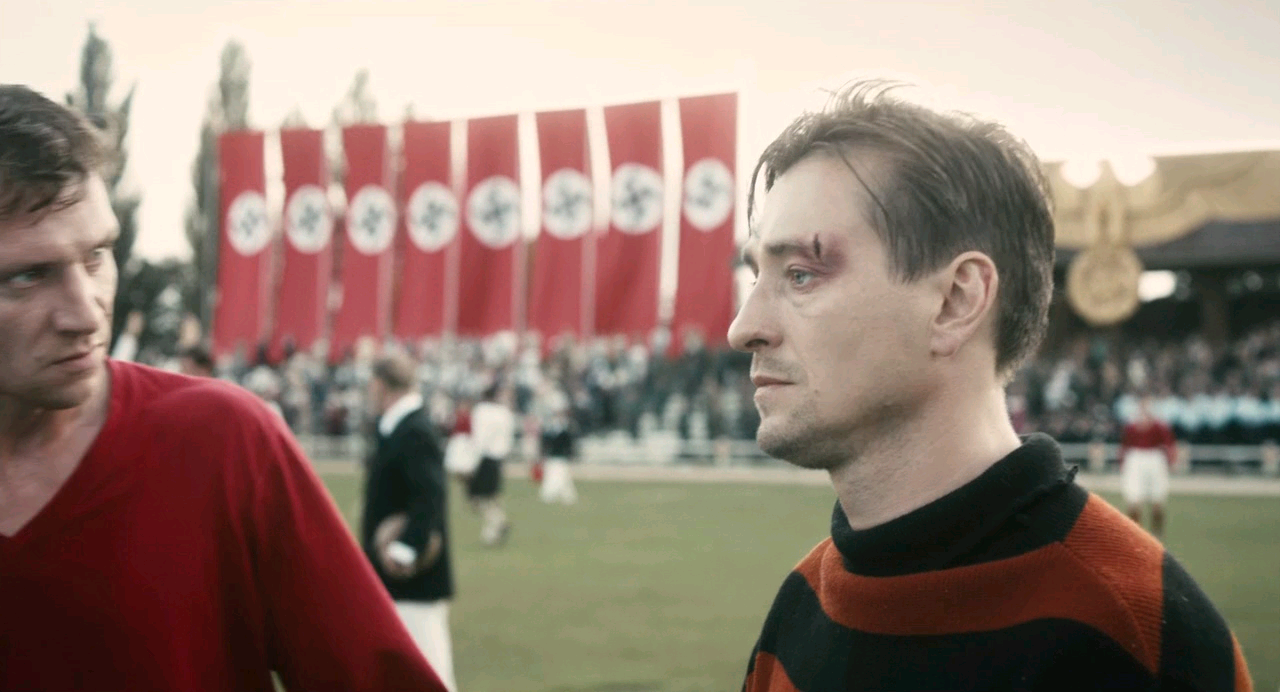 Depiction of the urban legend of the Match of Death between the Dynamo Kyiv football team and a German team in occupied Kyiv in 1942, after which the members of Dynamo were executed). All Ukrainian-speaking characters are portrayed negatively as traitors and collaborators. The good characters speak in Russian. 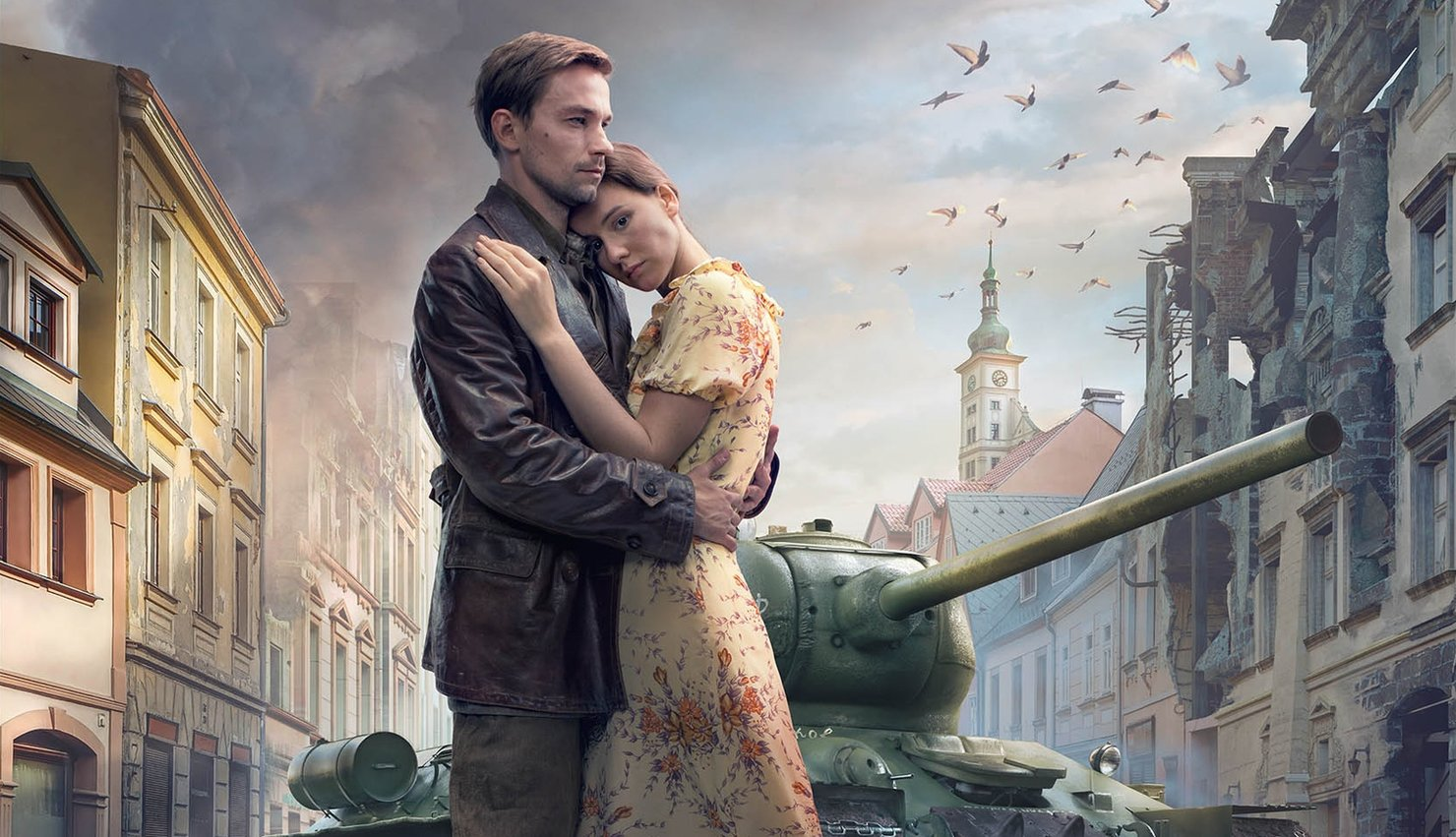 A blundering though successful WWII blockbuster, produced by Nikita Mikhalkov's studio, depicts war as an exciting and heroic adventure.

This is one of many recent Russian films that promoted and normalized wars and helped to militarize Russian society. 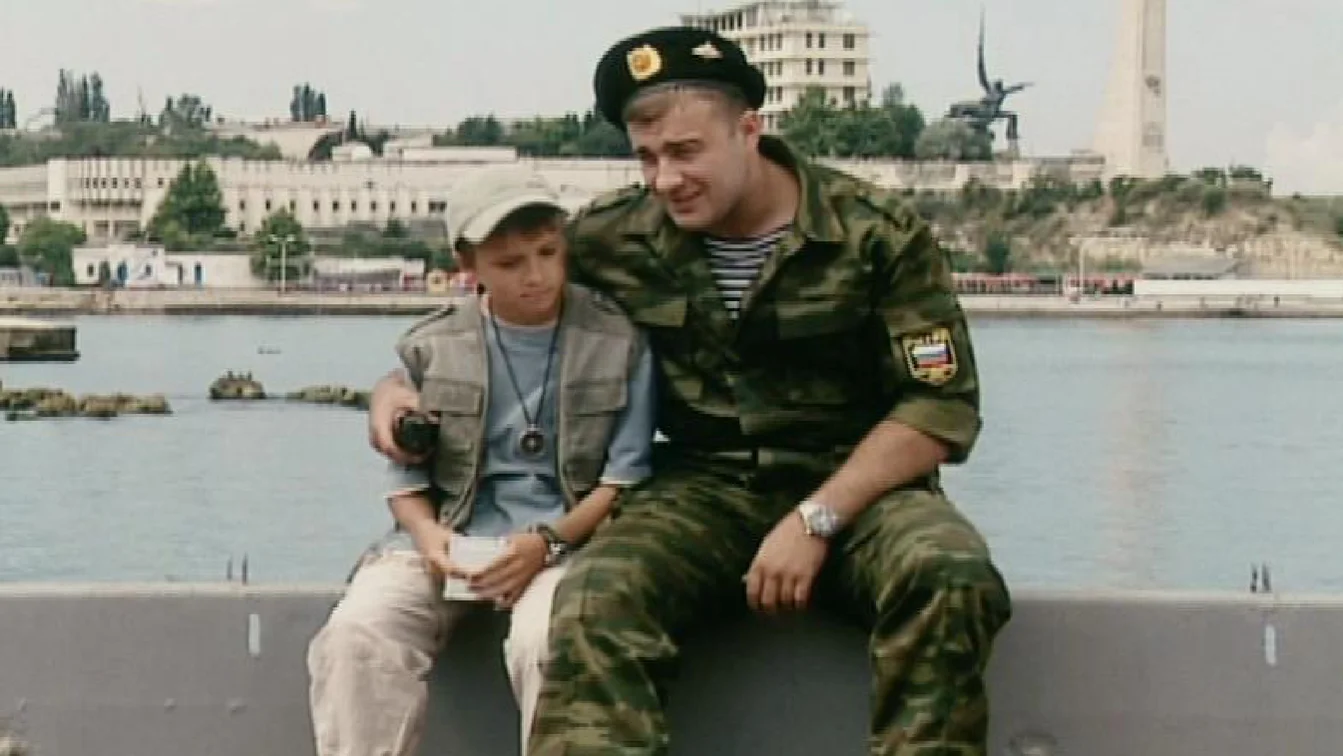 A Russian boy comes with his family to a Russian military base in Sevastopol (Crimea, Ukraine). All Ukrainian characters are depicted as hostile thugs.

Mikhail Porechenkov (pictured right) is a famous pro-Putin activist. In 2014 he visited the Russian frontline in Donbas during a ceasefire and shot at Ukrainian soldiers for the cameras. 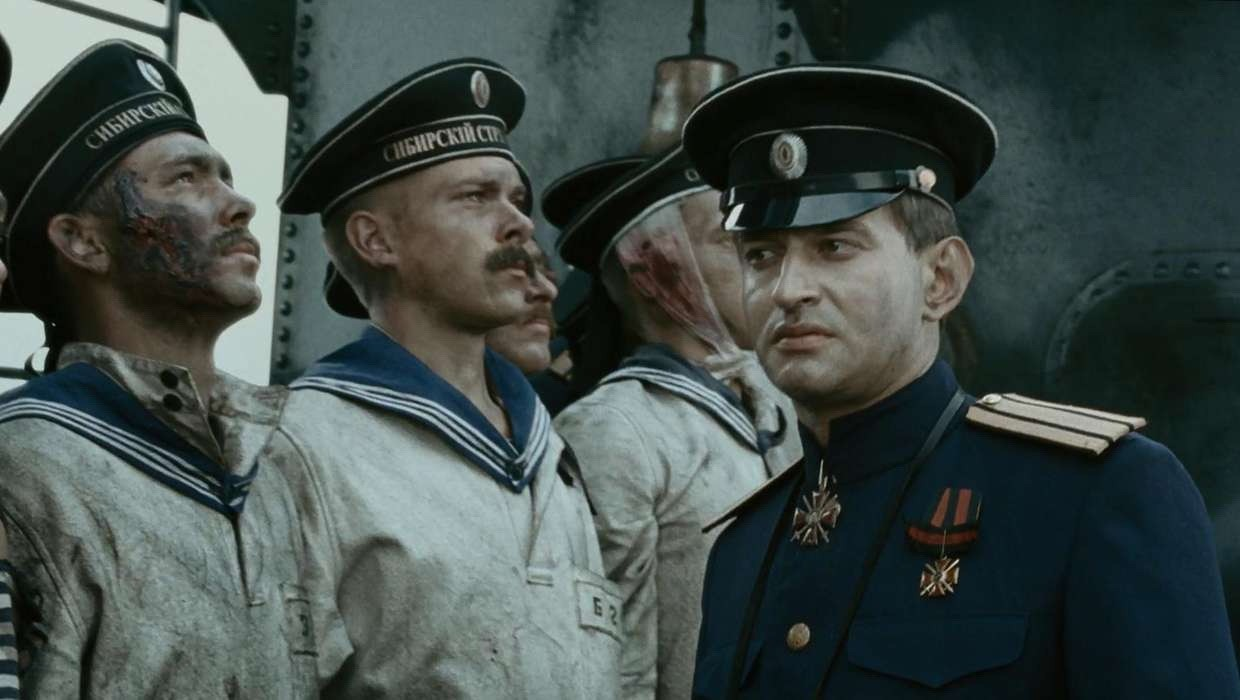 The story of admiral Aleksandr Kolchak, who remained faithful to his oath to the Russian Emperor and fought against the Bolsheviks after the 1917 October Revolution.

Ukrainians are depicted as traitors once again. 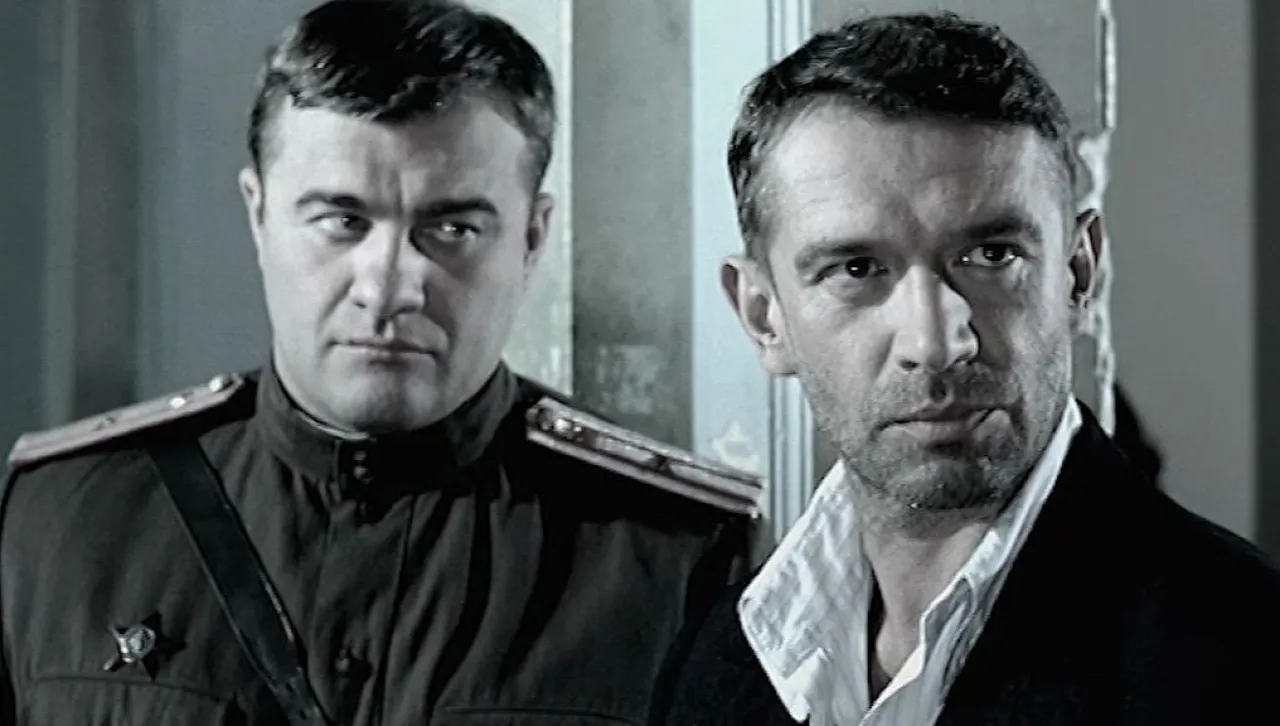 Post-war Odesa is ruled by serial killer prison escapees and former Nazi collaborators. Fallen into disfavor, Marshal Zhukov is sent to Odesa by Joseph Stalin to handle the situation. Together with the head of the local criminal investigation unit, David Gottsman, Zhukov begins a special cleanup operation to rid post-war Odesa of crime.

The main villains are of course Ukrainian Nazi collaborators.

The actor Vladimir Mashkov (on the right) was recently appointed as the director of one of the main theaters in Moscow for his loyalty to Putin. He publicly participated in Putin's celebration of the annexation of Crimea at Luzhniki stadium on February 16, 2022 - actually a big pro-war rally. 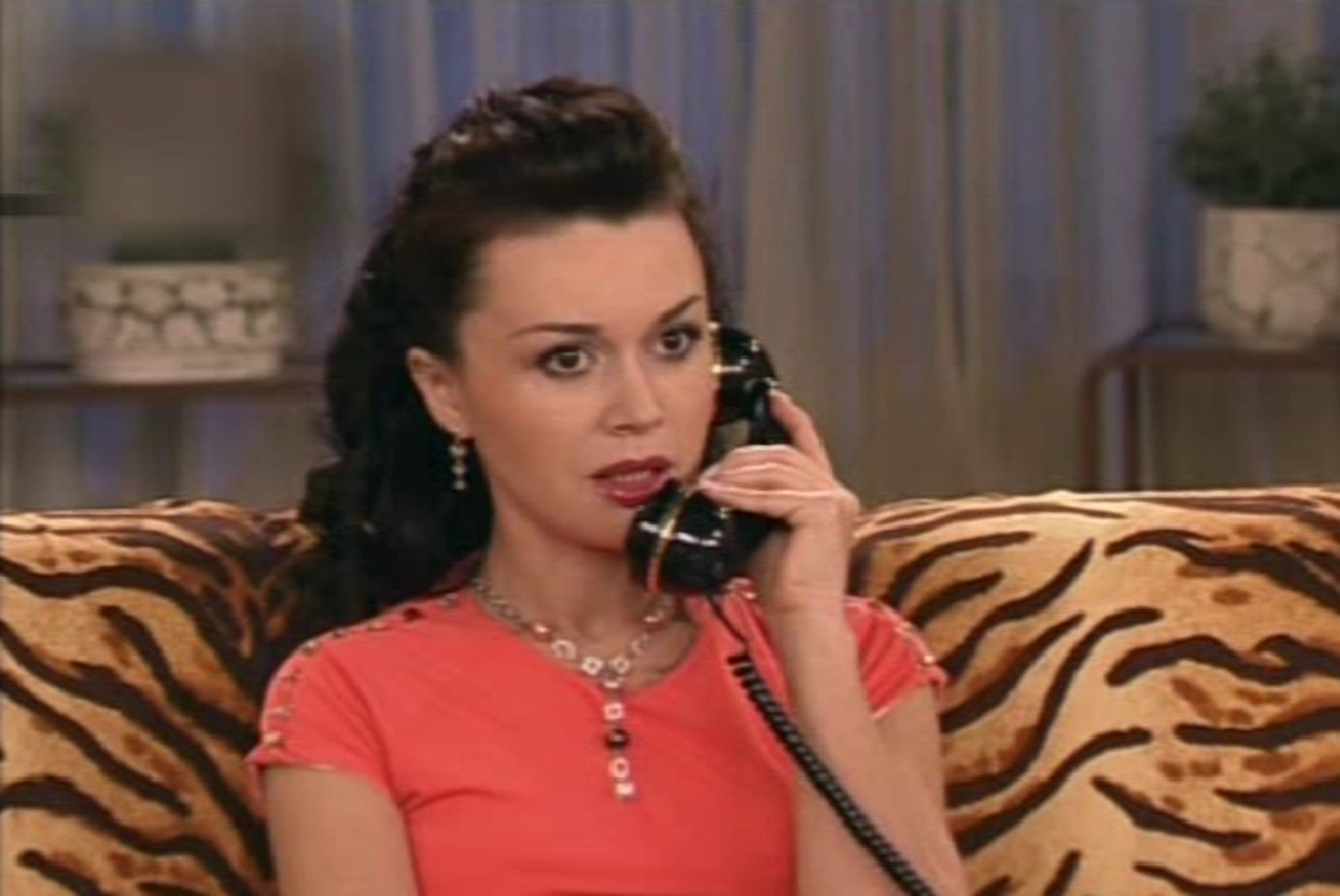 A popular adaptation of the American television sitcom The Nanny.

The main protagonist, Vika, works as a nanny in the home of a successful music producer in Moscow. Most of the film's jokes revolve around Vika's being a stereotypical Ukrainian migrant worker: she is vulgar and naive, wears bright outfits, speaks with a strong Ukrainian accent, and generally behaves like a "second class citizen".

According to the plot, Vika comes from Mariupol — a Ukrainian city now almost completely destroyed by the Russian army. 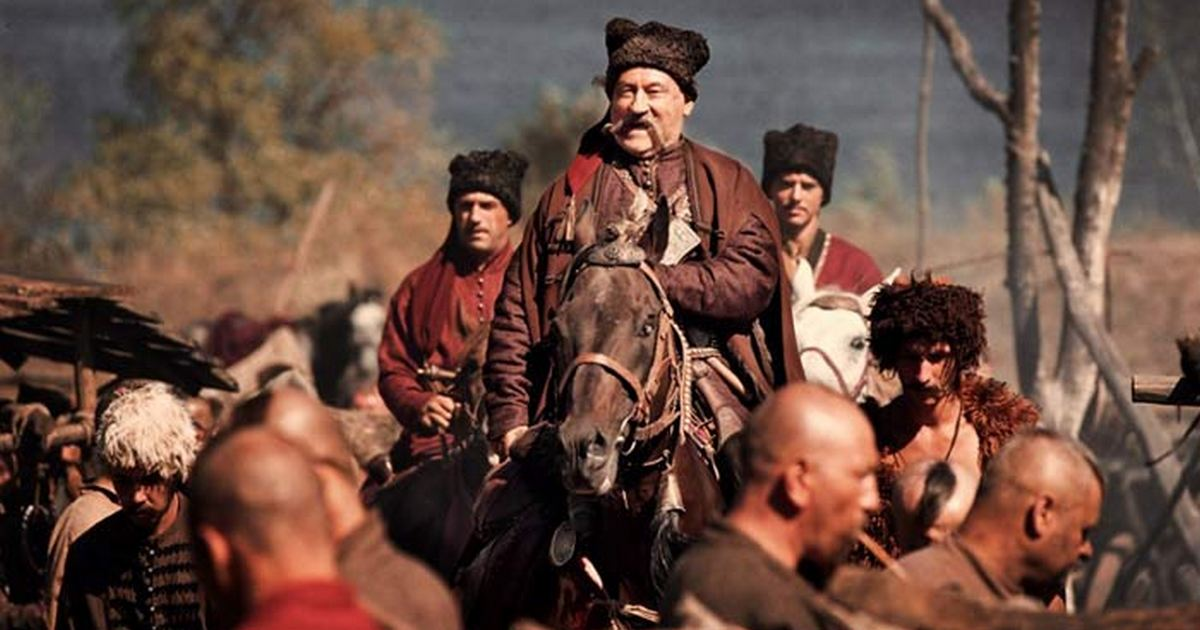 The story revolves around 16th century Cossack warriors from Ukraine and their campaigns  to defend themselves from a Polish invasion. Taras Bulba is probably the only completely positive Ukrainian character in recent Russian cinema. But alas, here he condemns bad Westerners (Poles), preachеs about Russian invincibility, and promotes Russian-Ukrainian brotherhood, and generally favors a pro-Russian vector for Ukraine's political future. 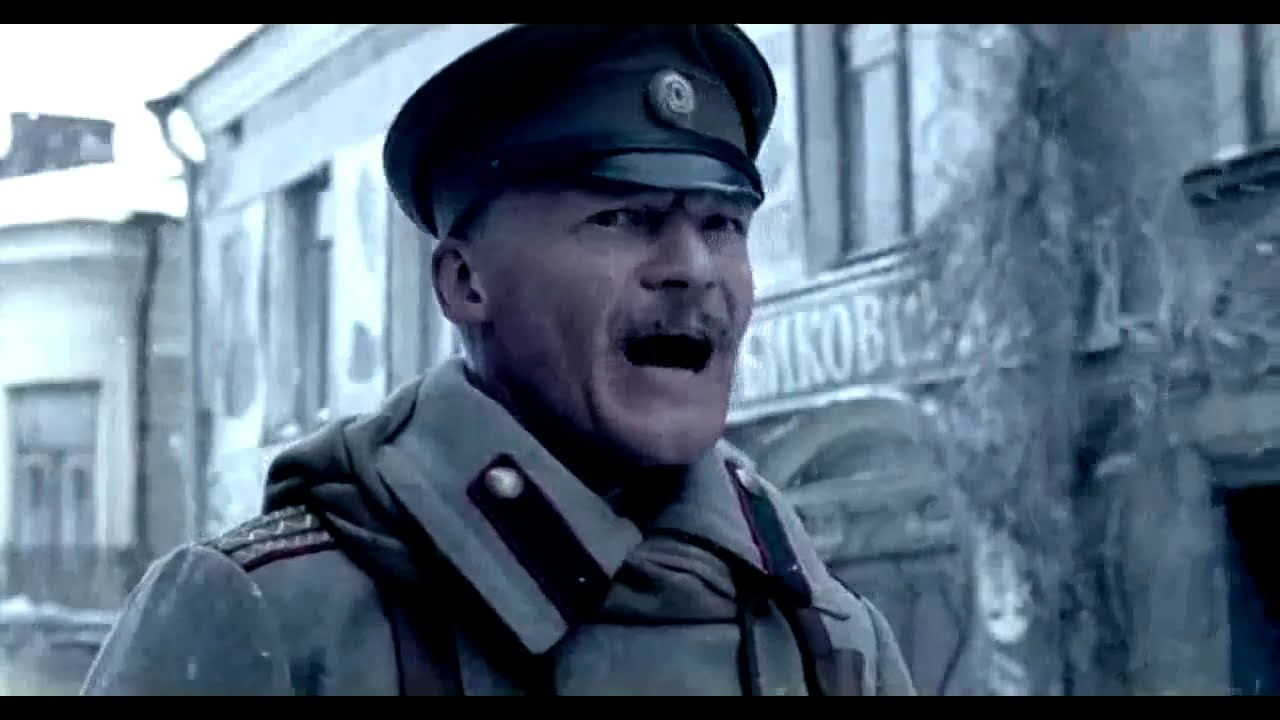 The story revolves around a family of "white Russians," who were Tsarist army officers who remained in Kyiv in 1918-1919 during the Civil War, when Kyiv for a short time became the capital of the Ukrainian National Republic, the first Ukrainian state.

The main characters repeatedly denigrate the Ukrainian language, military forces, political leaders, and will for independence. At one point, the character played by Mikhail Porechenkov states that he would happily kill half of the Ukrainian population if he needed to.

There are some film industry professionals who particularly excel in dehumanizing Ukrainians, such as actor Mikhail Porechenkov and director Vladimir Bortko. 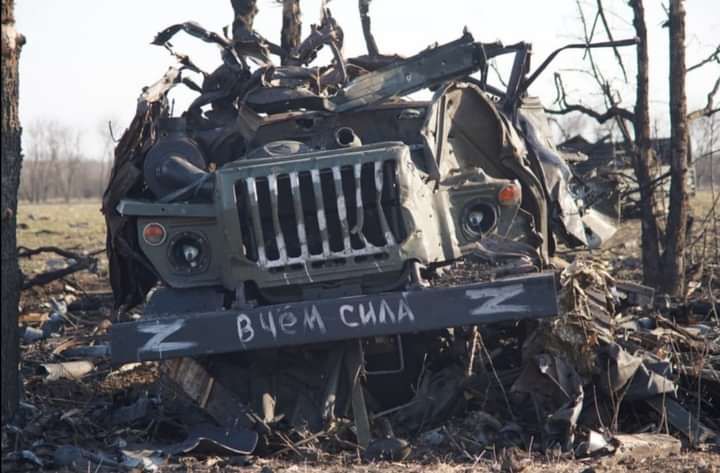 "Where is the strength?"

A quotation from Brother 2 written on a burnt Russian army vehicle. Ukraine, March 2022.

Test for the Future of Ukraine: a View from War-Affected Mykolaiv

Story #23. Tears of a Soldier's Widow