March 14, 2019
Russian aggression in Donbas in 2014 drew Europe's attention to this forgotten region. We would like to remind you, however, that the industrial potential of Donbas was built up in 19th-early 20th century and thanks in the main to Western European money. 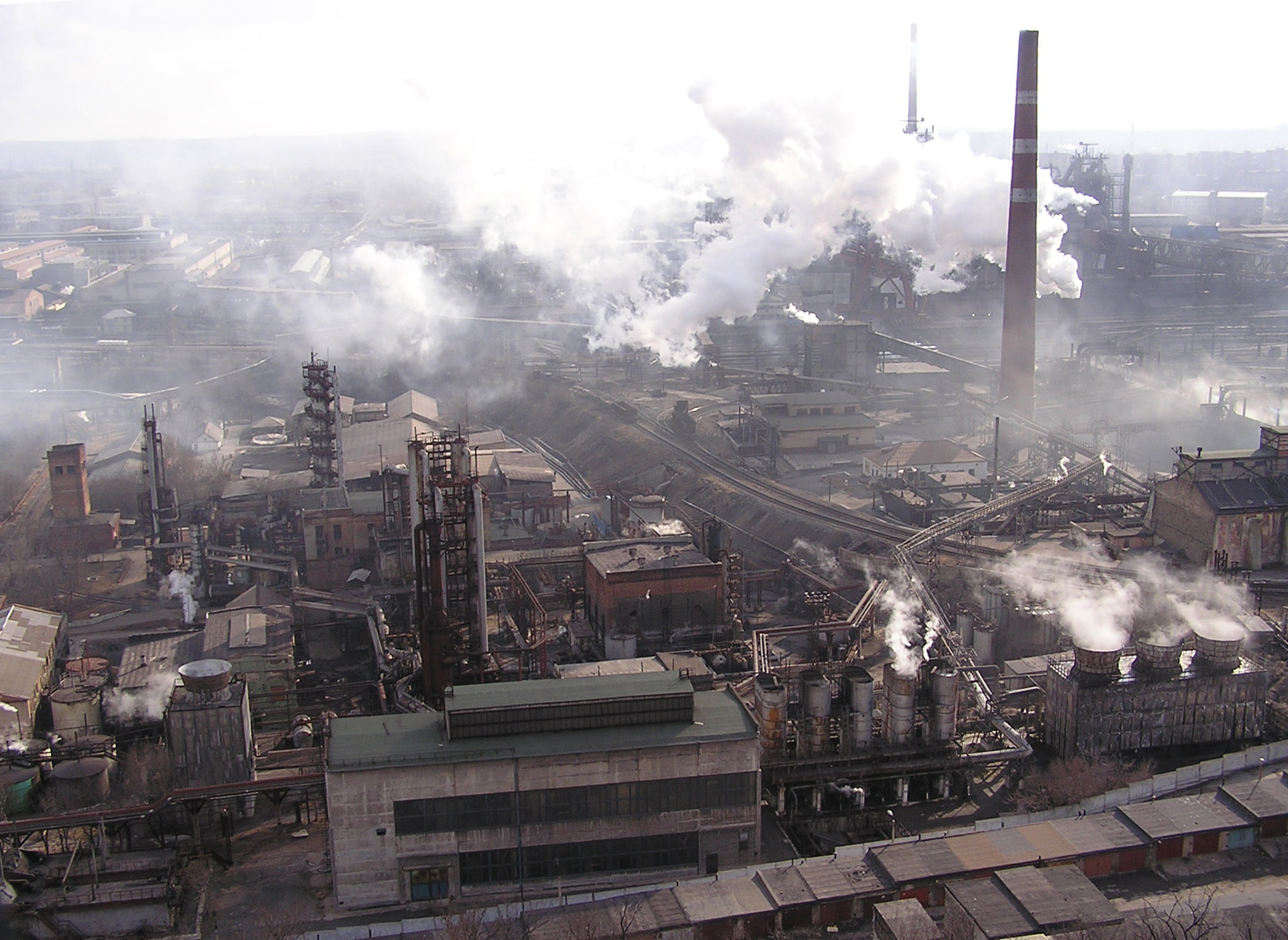 Russian aggression in Donbas in 2014 drew Europe's attention to this forgotten region. We would like to remind you, however, that the industrial potential of Donbas was built up in 19th-early 20th century and thanks in the main to Western European money.

In the 15th-17th centuries, these territories, previously known as the Wild Steppe, became part of the lands of the Ukrainian Cossacks. As a result of the Russian-Turkish wars of the 17th-18th centuries, these lands were fully incorporated into the Russian Empire. Donbas began to be industrialized in the second half of the 19th century.

According to historians, in the late 19th - early 20th century, more than 800 million gold francs from Belgium, France, Great Britain, Germany, and Switzerland were invested in the economic development of this Ukrainian region. It was part of the Russian Empire at that time.

Cities like Donetsk, Luhansk, Druzhkivka, Yenakiieve, Selidove, Mariupol, Kostyantynivka, Horlivka, Debaltseve, Torez, Kramatorsk, Lysychansk and other cities in the Donbas region received an industrial boost from Europeans during that period.

In the 19th century, which was when the Donetsk coalfield was discovered (the actual name 'Donbas' only became widespread at the beginning of the 20th century), foreign investment flooded it immediately. The Russian Empire needed new technologies and up-to-date heavy industry to re-equip its military-industrial complex. And in the 1890's Belgium became the first country – an official partner – to create an entire network of coal and steel enterprises, a unified system of rail connections, and even the newest fittings.

Belgian investors put 550 million gold francs in this steppe (and almost desert) region. To recalculate this into today's more, this would be more than 5.5 billion Euro.

Following the Belgians, investors from other European countries came to Ukraine's Donbas. Thus, there were four nominal spheres of influence – the so-called "Belgian province" with its centre in the city of Luhansk, the "German land" in the south of Donetsk Region, the "French region" in its eastern part, and the "English region" in the center.

The Belgians and French owned 90% of the foreign capital in Ukraine's Katerynoslav (now - Dnipro city) province, a large part of which was called Donbas. In 1900, there were about 300 enterprises in Donbas; foreign investors owned most of them. In 1913, the share of foreign capital reached 70% of total coal mining in Donbas and 86% of total ore mining in the Kryvyi Rih basin.

Belgium: ⅔ of all investments in the coalfield

Nowadays, Belgium is a small country, but at that time it was the third biggest nation in the world in terms of its industrial capacity. It had also big colonial ambitions (remember Belgium's Congo in Africa). At the beginning of the 20th century, Belgium was fourth in terms of investment in the Russian Empire and had ⅔ of total investment in the Donetsk coalfield. There was a direct train to Donbas from Brussels.

In 1895, the Russian-Belgian Metallurgical Society was organized in Donbas at the initiative of several Belgian businessmen. In 1914, 31 Belgian companies were already operating there. Ten of them operated in metallurgy, seven – in the mining industry, six – in trams, and five – in producing construction materials and glass.

In Belgium, there were nine provinces at the time, and they called Donbas "the 10th province".

The participation of Belgian investors in the region's development was interrupted by the Bolshevik revolution, which destroyed the concept of "capitalist property"for decades. This fact supposedly became one of the reasons why Belgium recognized the Soviet regime only in 1935.

France: huge injection of funds before the revolution

The fastest French investments penetrated into the sphere of heavy industry before the Russian Bolshevik revolution. For example, in November 1914, at a meeting of shareholders of the Donetsk-Yuriivsk Metallurgical Society, 36,726 shares were presented. 510 of them belonged to the French, 61 – to Germans, 25 – to Belgians, 75 – to American capitalists, and the remainder belonged to domestic industrialists and bankers. The Alchevsk Iron and Steel Works, as founded in 1895, is one of the most famous enterprises of this society.

Before WWI, according to the Ministry of Finance of the Russian Empire, 159.1 million rubles of foreign capital were invested in the coal mining industry of the country. The share held by coal enterprises located in the Donetsk coalfield amounted to 118.6 million rubles, i.e. 74%. French capital invested 82 million of the figure, Belgian 24 million, and the capital of other countries of Western Europe reached 12.6 million rubles.

As for the metalworking and machine-building industry of Ukraine, at that time foreign capital reached 44.6 million Rubles there. Among them, Belgium invested 20.2 million, England – 12.2 million, Germany – 6.7 million, France – at least 5 million, and other countries – 0.5 million Rubles.

The heart of the "English region" was the village of Yuzivka, which was founded in 1869, which turned into an industrial city after the construction of a metallurgical plant there. Nowadays this British-based city is known as the city of Donetsk.

In 1869, John Hughes, a British mining engineer from South Wales, founded the Russian-British Novorossiysk (Metallurgical) Society of coal, iron and rail production to raise a capital. In 1870, he moved to the Donbas region where he started to build a plant.

In 1872, the first blast furnace was in operation, and soon, despite the difficult start, the company demonstrated huge success. In 1910, John Hughes launched a new progressive production technology, based on anthracite. By that time, it was used only in the United States. In 1913, 74% of iron of the entire Russian Empire was produced in Yuzivka. Initially, the plant employed six thousand workers from the locals, and for 25 years their number had reached 50 thousand people.

At that time, salaries in the Donbas were also European level salaries.

In 1959, during his visit to the USA, the Soviet Secretary General Nikita Khrushchev mentioned that he worked as a mechanic of a machine-building plant in Yuzivka in 1914. Its owner was Edward Boss, an Estonian. The 20-year-old Khrushchev earned 40-45 Rubles a month. In today's figures that is more than one thousand Euros.

Kostyantynivka was built by immigrants from Belgium. As a result, this city can also boast Belgian architectural monuments from those times. The entire city infrastructure is a sequel of initial constructions.

Unfortunately, one of the most interesting architectural monuments of the city -- the house of the Gomon -- was destroyedrecently. It was built by JSC Belgian Society of Kostyantynivka's glass and chemical plants in 1902 for the manager of the bottle factory named Gomon. Anyway, the stable near this house is still kept in good condition. The Belgian office has also remained.

The secret of preserving architectural heritage is quite simple. If it is used, its owner maintains it in a decent condition.

For example, one of the most famous Luhansk enterprises – the Luhansk steam locomotive plant – was founded by the German industrialist Gustav Hartmann in 1896as Russische Maschinenbaugesellschaft Hartmann and renamed Lokomotive factory Octoberrevolution in 1918 after the Russian revolution.

At the end of the 19th century, a big part of the city of Lysychansk belonged to the village of Verhnie. Here in 1887 the Belgian engineer Ernest Solve launched the production of soda with his Belgian chemical company Solway and a merchant from Perm called Ivan Lyubimov. Unfortunately, the factory is no longer operational – it was destroyed in 2013 before the very beginning of Russian military aggression in Ukraine.

Along with that, company built houses for factory workers, gymnasium buildings, hospitals, and a church. For example, an up-to-date four-floor hospital in Lysychansk was built by the Belgians.

The Belgians built a total of 33 objects in Lysychansk. 30 of them have been preserved to this day.

In February 2018, the architecture of Lysychanskreceived the Belgian Heritage Abroad Award (2017).

Europeans brought not only the technology of industrial productionto Ukraine, but also business skills, management experienceof large enterprises, connections with banking and industrial groups, and the spirit of capitalist entrepreneurship, thereby contributing to the industrialization of Ukraine.

By the time of the collapse of the USSR in 1991, the Donbas, previously known as "Russian America" and the flagship of industrial Europe, was in a state of decline. The economic ignorance of the Soviet authorities had led to Donbas becoming a backward region in ther 1980s with loss-making production. Today, most of its factories are located on territories occupied by the Russian Federation. Some of them are either ruined or still operate using the equipment installed at the end of the 19th century.

Valentyna Lazebnyk, "Steel in the Steppe. View from Ukraine".

Wim Peeters, "Steel on the steppe".

Centuries of history of the Ukrainian people has significantly influenced the formation of their culture, including holidays. Paganism and Christianity are deftly...
VIDEO
October 16, 2020