October 3, 2022
We gathered 7 documentaries about Mariupol from 2016-2020, mainly made by locals of Mariupol and Donetsk. 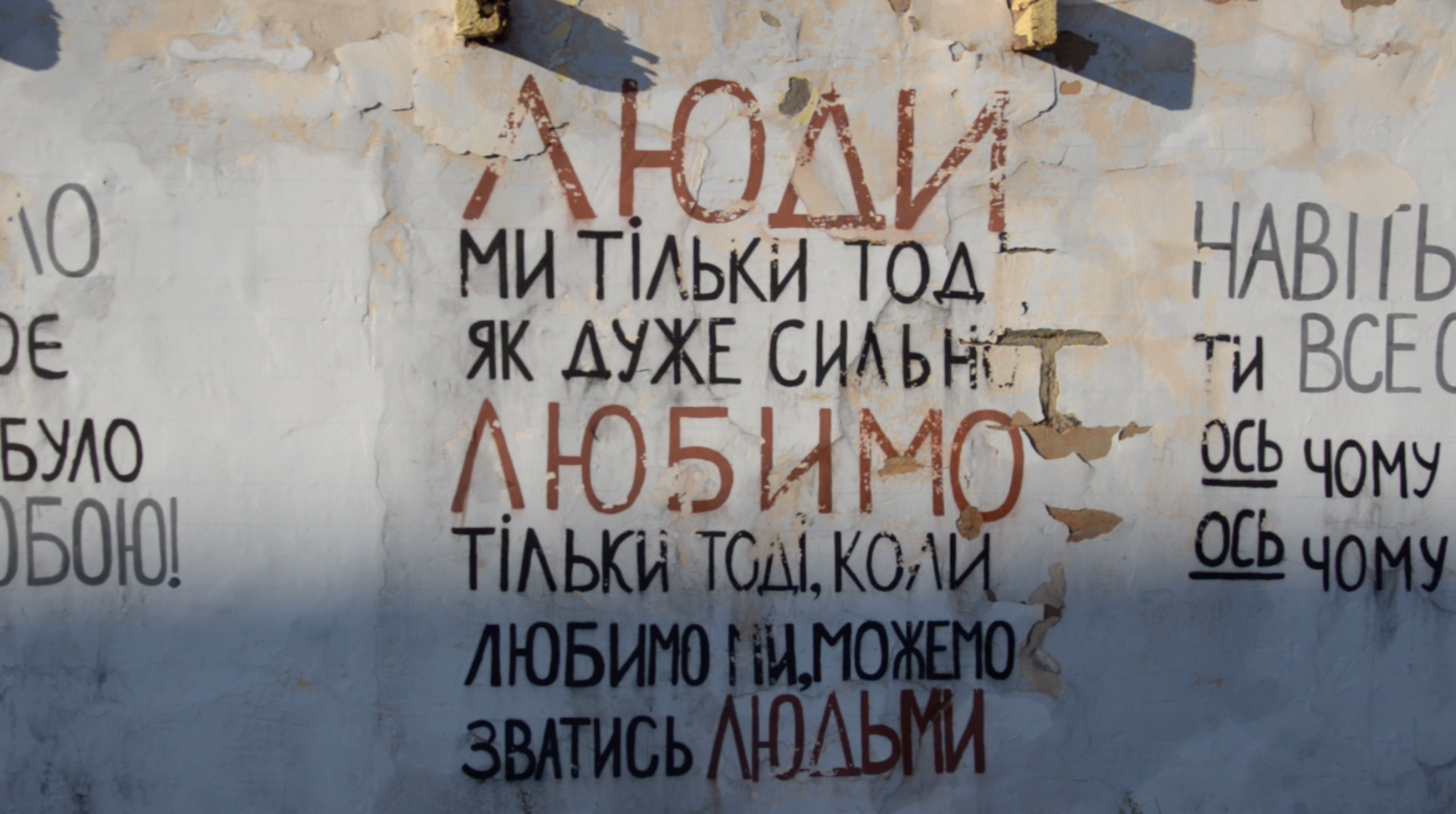 Photo credit: A shot from the film Me and Mariupol

Since the start of the Russian invasion, at least 22,000 people have been killed in the Ukrainian city of  Mariupol. Today, 100,000 still live in the besieged city, with only two stable food sources, poor supplies of electricity and gas, and little mobile connectivity. In 2014, the town survived a brief Russian occupation and was freed during the Battle of Mariupol. However, it seems as if  since that point, the city was living on borrowed time — always near the frontline, always in danger.

What was life like in Mariupol then? In this list, we gathered 7 documentaries about Mariupol from 2016-2020, mainly made by locals of Mariupol and Donetsk. The list also includes "Mariupolis," which highlights the Greek heritage of the city directed by the late Mantas Kvedaravičius, who was murdered in the city by Russian invaders in March. Some films showcase everyday life and the struggle to maintain normalcy while war lurks nearby. Others tap into ecological  issues or manifest grief through poetic cinematic language. All films are available worldwide with English subtitles in a Ukrainian online cinema Takflix.

The name of the film derives from the Greek name of the city Mariupol. It  portrays the rhythm of everyday life: a father and daughter going fishing, a child playing with a stuffed tiger, a shoemaker talking with a customer. These little moments entwine to create a bigger picture of the a living near the frontline.

The film was shot  a month before 9th May (Victory Day), as it was rumored that the city would be under attack again. While in some cases, the tension of that is almost palpable throughout the scenes, other moments are entirely at ease. Occasional explosions are heard, but life nevertheless goes on, with celebrations and weddings. Slow-burning and beautifully poetic, the film concentrates not on the political but on the delicacy of the life of Mariupolites.

The short film Ma consists entirely of videos filmed by the main heroine, forming a kind of video diary. Although we never see her, we become part of her life, seeing all her small rituals, like feeding birds or composing stories. A sense of war is present in this film: explosions are casually mentioned between conversations about the weather. The light of life lives alongside the fear of war.

Ma is not only a video diary, but a mother-daughter conversation. It explores a parent-child relationship where the child has already grown up and has her own life. Ma shows how simple things like a short video on a Facebook page help connect with loved ones and feel a little bit less alone. 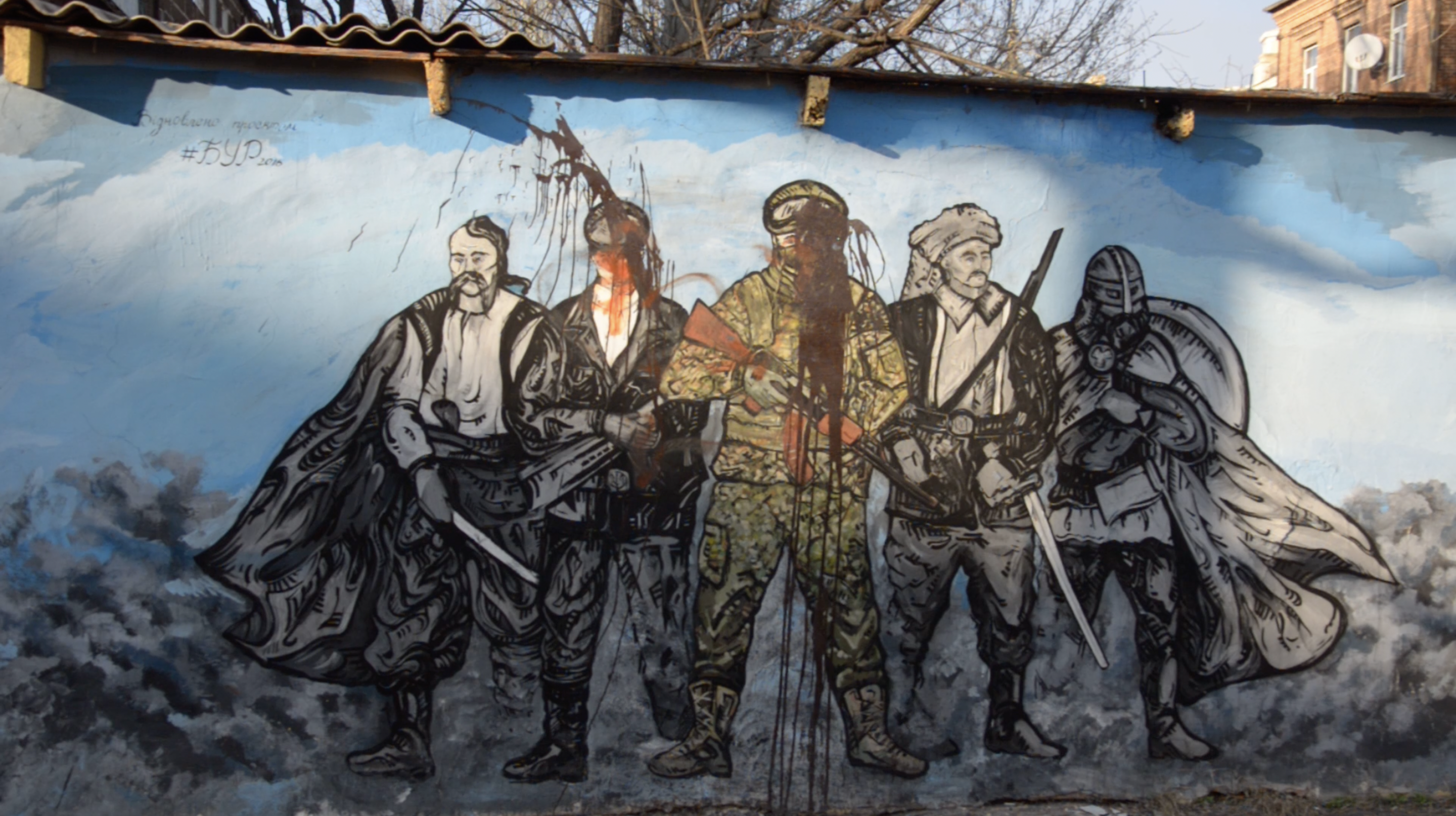 A palimpsest implies the idea of a thing which is altered, but which still bears some traces of its past. A town, for example, is constantly changing, so the memories and experiences from visiting it could thus be viewed as a palimpsest.

Me and Mariupol is an excellent visualization of this concept. The director visited Mariupol as a child, and this city became for him a land of fairy tales and fantasies . While at  a summer camp in Mariupol, Piotr saw the sea for the first time. He returned to the city in 20 years to find it was all too new, with glimpses of the past emerging through the city's facade. He filmed the new Mariupol and took us through the process of looking back upon memories and transforming them into the present.

At the moment of filming, about 200 women in Ukraine played football professionally. Women's football culture, with leagues and professional teams, always was on the sidelines compared to men's football. Many players in the women's game had to combine conventional jobs, like police officer or waitress, to have the chance to play  football.

Mariupolchanka is the name of a women's football team based in Mariupol. The short documentary follows the group as they try to reinvent themselves and return to the Premier Football League (as they were earlier disqualified due to a rule violation from former team leadership). Football serves as the background to the team members' stories of independence, perseverance, and resilience with their unique life stories. The city itself is  an essential integrative element of the team's life in this short film. 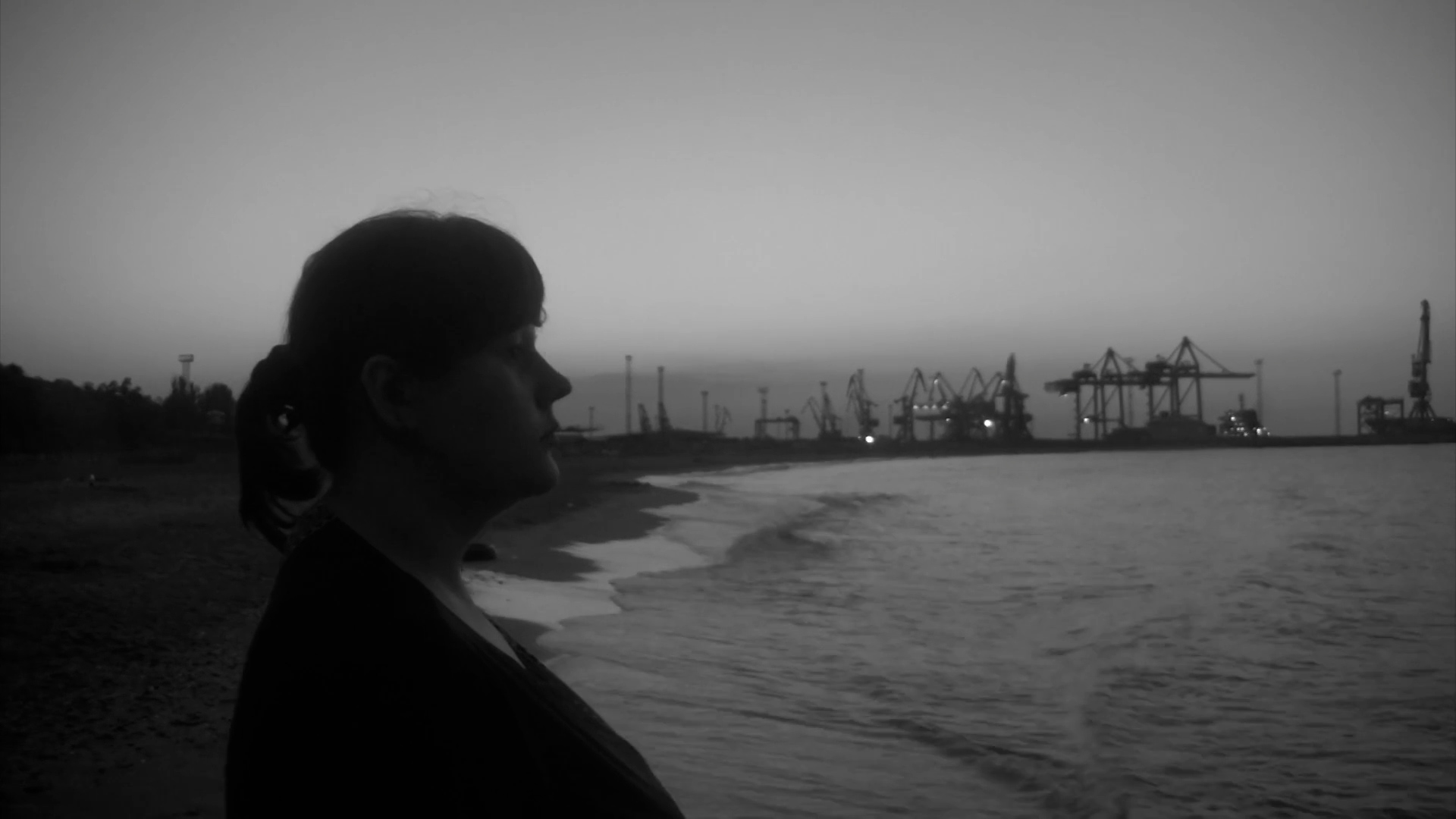 Mariupol-born director Oleksandr Surovtsov started filming in 2016. Before that, he worked at a factory in the city. His experimental films revolve around the topics of ecology, the struggles in everyday life, and the culture of Eastern Europe. As a self-taught filmmaker, his works can be viewed through the concept of outsider art.

Totally Stranger follows an unnamed woman meandering through Mariupol and its suburbs. As the film begins in the cemetery, it guides viewers through the themes of grief and dealing with loss. Its black-and-white aesthetics convey a sense of loneliness and self-searching. Mariupol is an inseparable part of her story, as it leads her through her feelings.

Diorama, the debut film of director Zoya Laktionova, is a melancholic and piercing portrayal of Mariupol's shoreline. Images of a lively and calm beach are now frozen in people's memories and in a diorama found in a local museum.

The film is full of haunting depictions of abandoned landscapes, which gives it a post-apocalyptic feeling. It is deserted for a reason: all along the coastline, you can spot signs reading 'Warning, mines!' However, the camera still spots fishermen and locals walking along the beach. Accompanied by a voiceover, where people share their memories about the beach and experts try to predict the future, it creates a picture of nature affected by war.

War and shattered ecology are two realities that Mariupol residents can not escape. In her second film, Mariupol-born Zoya Laktionova returns to these topics with a shifted perspective. This time, she sheds light upon the story of her family.

Zoya's grandparents moved to Mariupol in 1943 after the city was liberated from German occupation. Her grandfather worked on renovations at the Azovstal plant. As a result, her family's life became connected to this city on the Sea of Azov. With the Russian war that began in 2014, questions of renovation and ecological catastrophe resurfaced again. Territory of Empty Windows explores people's connection to their hometown and why they refuse to leave it, even while war is near andaffects everything it touches.

Ukraine In 5 Minutes. Why Are Cossacks Key to Understanding Ukraine

If you know the history of the cossacks, you won’t be surprised to find that Ukrainians, who seem quiet and humble at first sight, can go to protest on Maidan and...
Stories
August 4, 2022

Story #38. Russian Missiles Destroy Apartments, but not the Lust for Life

The story of Anya Zlenko from Kyiv, whose apartment was hit by a Russian missile.