December 14, 2021
Read a new issue of a bi-weekly newsletter with monitoring of Russian activities and influence in Belarus to know more. 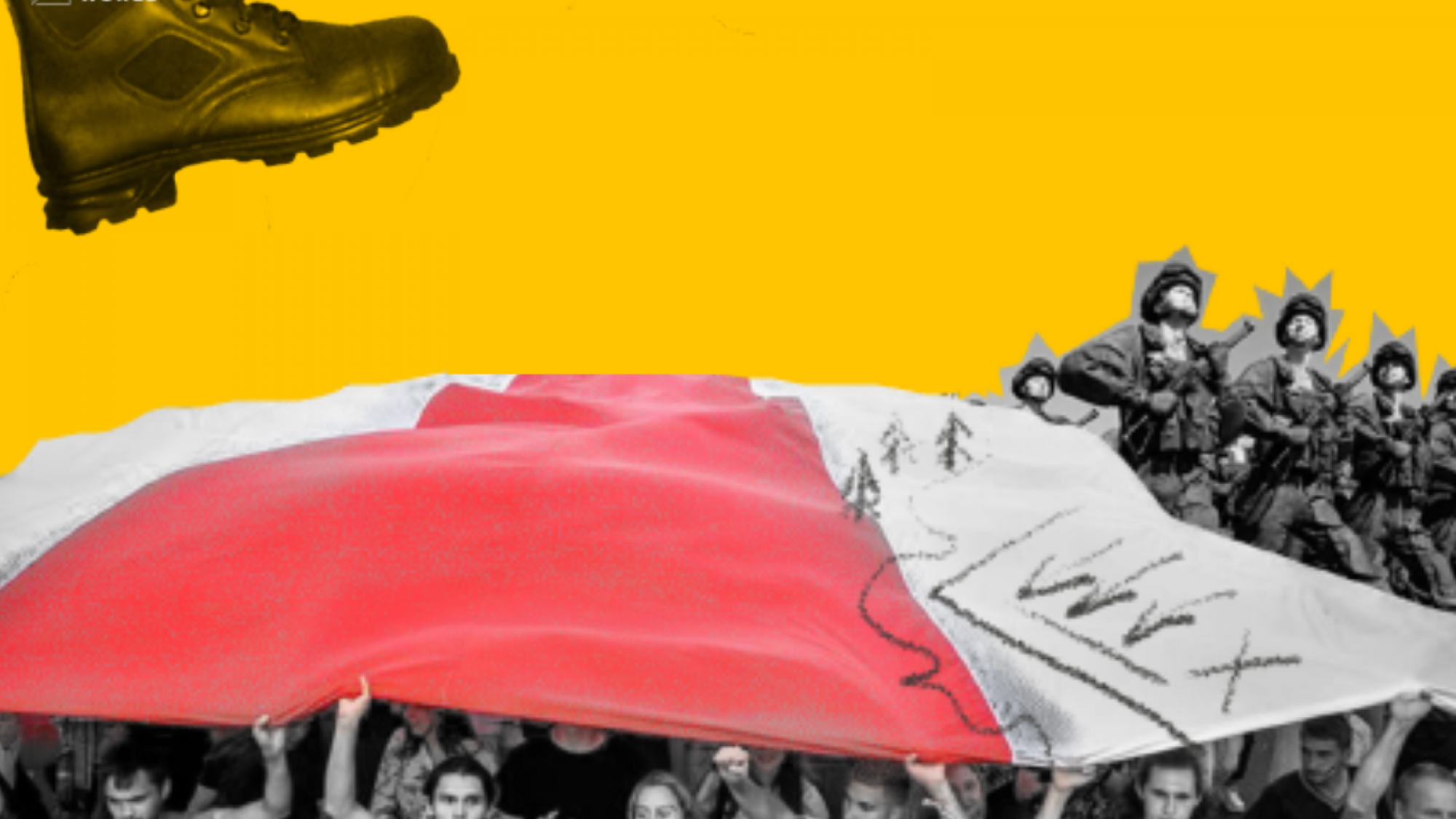 Lukashenka is ready to open the "second front" against Ukraine

On December 1, Alyaksandar Lukashenka once again confirmed his plan to support Russia if Belarus faces "Ukrainian aggression." Then, on December 2, he announced the joint Belarusian-Russian military exercises, which would take place close to the Belarusian-Ukrainian border. This exercise will have two stages — the first stage will take place "in winter months."

These statements demonstrate that Lukashenka is fully prepared to open the "second front" against Ukraine if the Kremlin decides to initiate large-scale aggression against this country. In any situation, the Ukrainian Army will have to pay more careful attention to protecting the 1084-km long Belarusian-Ukrainian border.

On December 2, the Head of the Russian State Duma Vyacheslav Volodin arrived in Belarus on an official visit. He met with Alyaksandar Lukashenka and the Head of the Belarusian Parliament, Natalya Kachanava. The main topic of these meetings was the legislative support to implement 28 integration "roadmaps," which were recently adopted by Lukashenka and Putin. Furthermore, Vyacheslav Volodin spoke about the need for further integration through Parliamentary cooperation — according to his words, Russia and Belarus are still far behind the integration progress of the European Union.

Belarusian-Russian Parliamentary appeal in connection to the "migration crisis."

On December 2, the Deputies of the Parliamentary Assembly of the Union of Belarus and Russia appealed to the EU, European Parliament, OSCE, and PACE to "take concrete actions in order to solve the migration crisis" on the Belarusian-EU border. According to the Belarusian and Russian MPs, the current developments on the border are a result of the "aggressive interference of the USA and the EU into the domestic affairs of developing countries." The MPs believe that the EU does not want to solve the problems of the migrants, using the policy of double standards. This joint appeal of the Belarusian and Russian MPs is further evidence of the Kremlin's support for the aggressive actions of Lukashenka realized on the border with Poland, Lithuania and Latvia.

The agreement defines the conditions and procedures of cooperation in railroad transportation concerning the transportation of oil refined in Belarus intended for export to third countries through the territory of Belarus and Russia and their transshipment in the seaports of the North-West region of the Russian Federation. The adoption of the draft law will make it possible for Russian companies to trade in the transportation and transshipment of oil products of Belarusian origin and ensure the supply of Belarusian oil products for export.

On December 1, the Minister of Energy of Belarus Viktor Karankevich and Ambassador Extraordinary and Plenipotentiary of Belarus to Russia Vladimir Semashko met in St. Petersburg with the Gazprom PJSC  Board Chairman Alexei Miller. As a result, a protocol on the pricing procedure when supplying natural gas to Belarus in 2022 was signed between Gazprom and the Government of Belarus. Based on the current year's conditions, the gas price level for Belarus for 2022 has been agreed upon as $128.52 per 1,000 cubic meters.

The Governor of the Astrakhan region visits Belarus

On December 2, Alyaksandar Lukashenka with the Governor of the Astrakhan region, Igor Babushkin, with whom he discussed economic and humanitarian cooperation. One of the topics of this visit was the discussion about the possible use of the Port of Olya situated near Astrakhan for the transit of Belarusian goods to the Caspian Sea countries. In general, it does not seem that this initiative can bring any visible economic benefits to Belarus as this country does not have any vital trading partners in this region. The trade turnover between Belarus and the Astrakhan region in 2021 has been approximately $23 million — an insignificant sum for Belarus.

In general, after the 2020 elections, Lukashenka has been severely isolated by the international community — his "international" meetings are limited to discussions with the Russian Governors.

On December 3, the Governor of the Astrakhan region also met with the Belarusian Minister of Defense Viktar Khrenin. The main topic of the meeting was the upcoming participation of the Belarusian Air Force and Air Defense troops in military training at the "Ashuluk" training ground (Astrakhan region). In general, this meeting of a Belarusian General with a Russian civilian functionary is quite surprising, given the fact that questions of military exercises lie outside the professional competencies of Russian Governors.

On November 30, Alyaksandar Lukashenka made a bold statement about his "readiness" to host Russian nuclear weapons on the territory of Belarus - "if the USA moves the nuclear weapons to Eastern Europe." So far, these words of Lukashenka are perceived only as a desperate attempt to improve his weakening international position. Although, the recent flight of Russian strategic bombers over Belarus and talks about the deployment of Russian Iskander missile complexes in Belarus (which can use tactical nuclear weapons) show that in the future, the Kremlin may consider employing "nuclear" threats to NATO from the territory of Belarus.

Deployment of the Russian S-400 air defense complex in Belarus

On December 1, in his interview with Russian propagandist Dmitry Kiselyov, Lukashenka confirmed that the Russian S-400 air defense complex was deployed at the Belarusian-Russian military training center. According to his words, Belarusian officers are trained to use this weapon. Furthermore, Lukashenka spoke about his plan to ask Vladimir Putin to supply Belarus with S-400 and S-500 air defense systems to protect Belarus from a missile attack. The deployment of the S-400 complex in Belarus should be perceived as the next step in the Russian military blackmail of Ukraine and NATO countries, particularly Poland and the Baltic states.

July 16 marks 30 years since Ukraine adopted the Declaration of State Sovereignty. In our new video, Volodymyr Yermolenko explains how this document was adopted...
VIDEO
February 12, 2021

Quarantine restrictions became a challenge for Ukrainians crossing the line to and from the occupied territories. Watch our video from the checkpoint in Stanytsia...