The Church Against Vaccines: How the Russian Orthodox Church Opposes Vaccination in Ukraine

December 3, 2021
While the development of COVID‑19 vaccines has been an extraordinary success, there are some groups working to make the process of vaccinating people far more difficult. 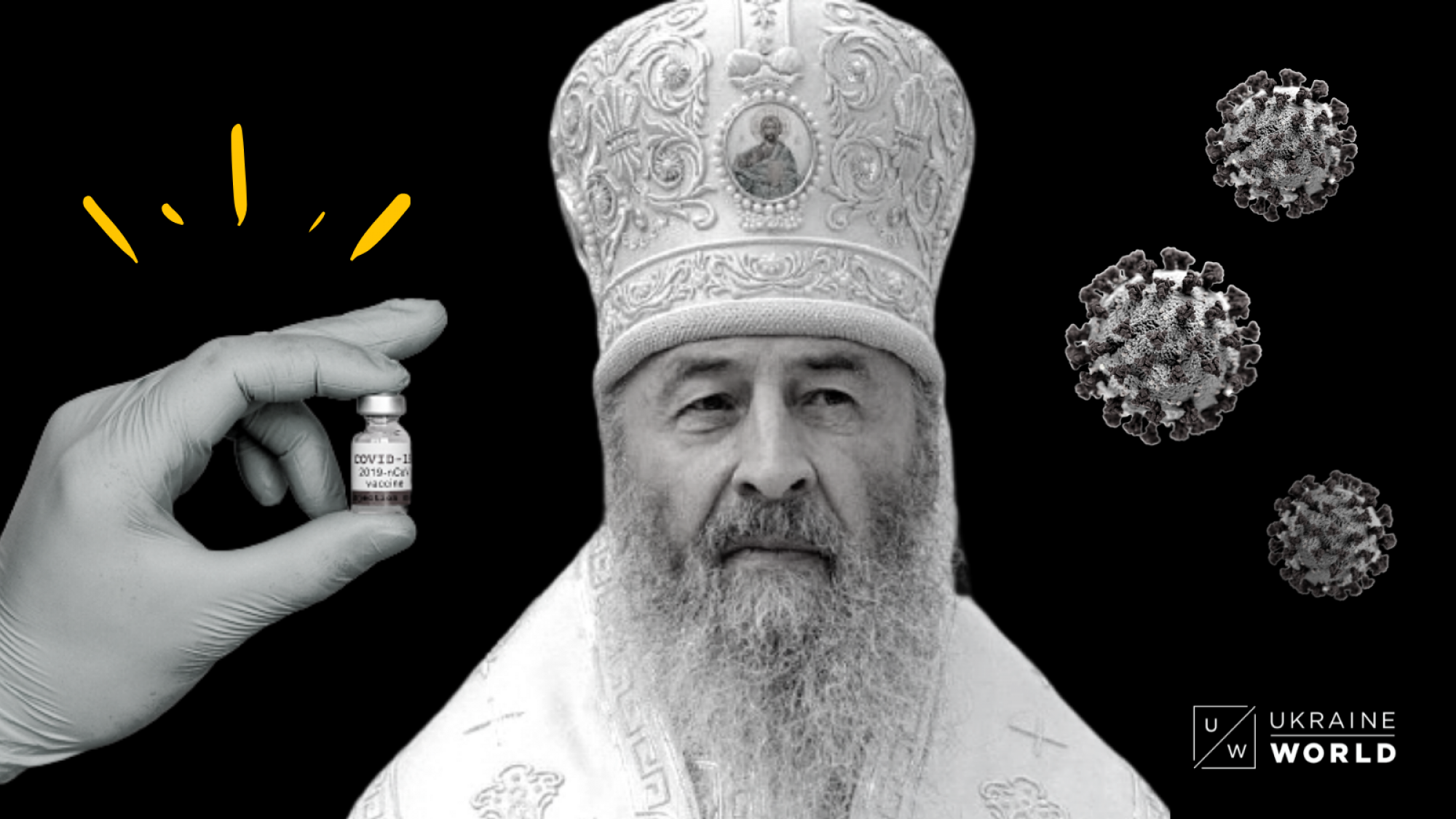 As one of the most crucial issues in the world over the past two years, vaccination against COVID-19 has been used as a subject of various disinformation campaigns, particularly by Russia. The Center for Countering Disinformation of the National Security and Defense Council of Ukraine recently analyzed the information landscape of Telegram channels, confirming that Russia has been undertaking information operations aimed at reducing the level of vaccination in Ukraine through multiple media channels, particularly through social networks and messengers. The campaign's messages have mostly concerned negative consequences of vaccination.

In this regard, Facebook has become a platform for spreading misinformation and disinformation, as well as a tool for certain groups to project influence in order to achieve political goals.

The activist network  Avaaz found that over 40% of the coronavirus-related misinformation it found on Facebook — which had already been debunked by Facebook's fact-checking partners — was kept on the platform, despite Facebook being told that the social media posts were false.

The Russian Orthodox Church as a tool for disinformation

Any discussion of COVID-19 misinformation and disinformation in Ukraine bears mentioning the role of the Ukrainian Orthodox Church of the Moscow Patriarchate (a branch of the Russian Orthodox Church and part of Russian soft power in Ukraine). The Moscow Patriarchate has played a very active role in projecting Russian influence in Ukraine, especially after the start of Russian aggression against Ukraine in 2014.

The Russian Orthodox Church in Ukraine provides strong backing to the Kremlin's international agenda. One of its most vocal messages these days is the condemnation of Ukraine's vaccination efforts as a failure and an insistence that vaccination should be optional. One of the Russian Church's tools for spreading such messages is an information agency called The Union of Orthodox Journalists. It was established in Ukraine in 2015 to, as they put it,  "defend the interests of canonical Orthodoxy" and cover events both in Ukraine and abroad.

The official owners of the informational agency can be found online. However, the real owner of the organization is Viktor Vyshnevetsky, a businessman from the city of Makeyevka, whose companies appear in a criminal case on terrorist financing in Donbas. In 2013, Focus estimated Vyshnevetsky's fortune at $170.5 million (81st among the magazine's  "200 richest people in Ukraine").

How the Moscow Patriarchate in Ukraine Agitates Against Mandatory Vaccination

As Ukraine has experienced an autumn spike in COVID-19 cases and deaths, more publications have started appearing on the Union's website and Facebook page. For instance, the Head of the Representation of the Ukrainian Orthodox Church to European International Organizations, Bishop Victor of Baryshivka, declared that current developments around vaccination could be called "a general rehearsal for the apocalypse".

The Union's Facebook page often posts about vaccination, making it worth a closer look. The page was created in 2018. More than 1 474 people like the content of the page, while 1 771 people follow it. Most of the posts on vaccination starting from November present messages arguing that vaccination is optional and should not be mandatory.

Unfortunately, such statements draw people's attention, particularly one such post which was shared 13 times and received 158 positive reactions.

In another post, a statement against mandatory vaccination is incorporated into a poll. It suggests that most followers of this page are against compulsory vaccination — the post received 346 likes and was shared 19 times.

Another post focused on a statement by the Vinnytsia diocese which called for an end to discrimination against non-vaccinated individuals. This particular post supports the idea that unvaccinated people should carry on being unvaccinated, and that this is normal. Interestingly enough, the statement was published on the very same day that anti vaccination protests took place in multiple regions of Ukraine, and when the country started registering an increase in deaths from COVID-19.

Moreover, that particular post was shared on the page of non-profit organization called "Српско-руско братство - духовно и историјско" ("Serbian - Russian brotherhood - spiritual and historical"), which has a picture of Russian President Vladimir Putin posing with children as its cover photo. The group is quite popular,with 40 057 likes and 39 845 followers. It started operating in May 2012.

This page also has posts withnews about vaccination, and the aforementioned article was posted several times over multiple days. At the same time, there page has posts on Russianforeign relations and military topics.

Marches against compulsory vaccination took place on 3 November in numerous Ukrainian cities: Zaporizhya, Odesa, Vinnytsia, Khmelnytsky and other places. The Kyiv protest attracted a particularly large crowd numbering several hundred. The protest provoked lots of heated arguments online. The Facebook page of the Union of Orthodox Journalists was no exception, with a post on the protest shared 60 times and liked 735 times.

A news item on the protest in Zaporizhya drew attention to the use of force by police and argued that they behaved unfairly towards protestors.

"The police used force, detaining protesters and throwing them to the ground. As a result, one person was injured. Subsequently, law enforcement officers explained that in that way they carried out explanatory work, demanding  compliance with quarantine restrictions, and the police officers provided emergency assistance to the man who "fell"," the website of The Union of Orthodox Journalists reads.

Among those who shared such type of message were other religiously-focused Facebook groups, including Pravoslavna Ukraina and Group of Supporters of Orthodox Christianity (Hrupa Podderzky Pravoslavnyh na Ukraine").

Posts mentioning vaccination are quite popular among  the Union of Orthodox Journalists page's audience. One post invited people to share their opinions on the topic, and attracted 256 likes, 63 comments, and  27 shares.

To sum up, the COVID-19 situation in Ukraine has become a topic for spreading disinformation and manipulations in different parts of the world. Ukraine has been experiencing this phenomenon with particular support from Russia in the form of agitation from the Moscow Patriarchate Church in Ukraine, itself run through The Union of Orthodox Journalists. In addition, pro-Russian groups and pages in different countries repost messages from the UOJ Facebook page, which cannot be dismissed as simple coincidence. It is also possible that the UOJ acts against the vaccination campaign.

The army of trolls pushing the Russian narrative on MH17 discovered 6 years after the crash
VIDEO
January 13, 2020