August 20, 2019
Following a public call for ideas, the Festival’s programme includes those topics that matter most to its participants. Russian-speaking participants raised a conversation about information hygiene in the Ukrainian case. Here are the key takeaways from the panel discussion at the Opinion Festival.

Empowered by anonymity, hate speech becomes an online routine. Online aggression leads to violence and conflicts, affecting real life afterwards. Iryna Brunova-Kalisetska, an expert in conflictology, explains, "we have to take people out of online, gather together and make them talk". Held in Paide - the heart of Estonia - Festival pulls people out of their social media bubbles in order to broaden their horizons and bring a new understanding of someone else's ideas. It is a good occasion to reflect on Ukraine's experience in electoral manipulations, information and communication security.

At the opening, Dmitri Teperik, moderator, Chief Executive of the International Centre for Defence and Security (ICDS) and Programme Director of Resilient Ukraine, said:

Personal hygiene is something we're all aware of: we know that we have to take a shower, brush our teeth and comb our hair. Personal and information hygiene have a similar logic. In other words, we have to do it regularly and understand what tools we have to stay 'clean'. However, there are so many challenges for a regular consumer of information.

Human beings are subject to intensified information terrorism during elections. Interested stakeholders use each opportunity to sway public opinion. The Ukrainian case is valuable for Estonia as it is an example of hybrid technologies that are so new to communities.

What are the main challenges in the production and consumption of information? What manipulations are used by different stakeholders to convince the electorate? How can we  protect ourselves? 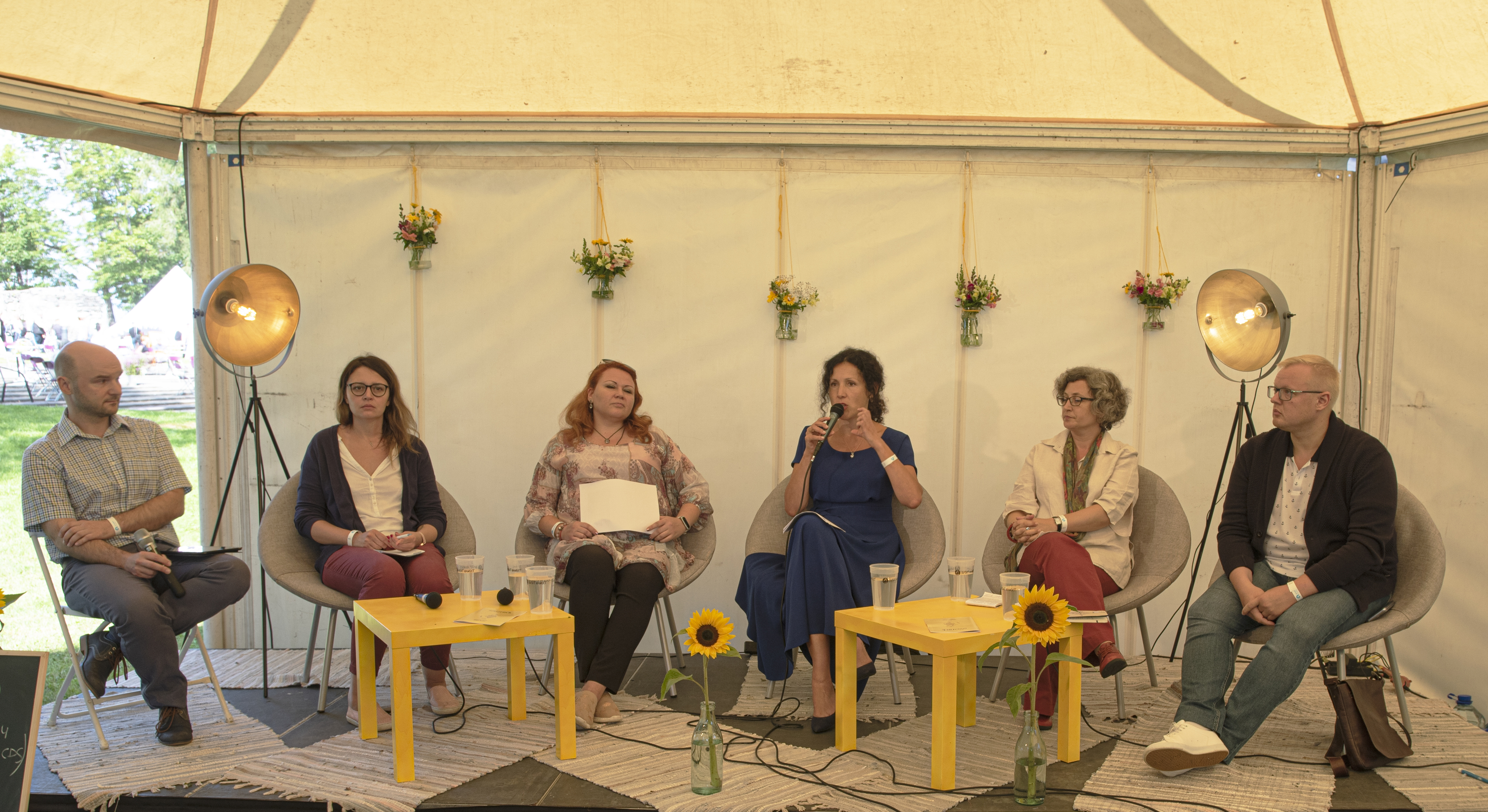 Hybridity becomes a mainstay of modern society. It soaks in different dimensions of social life, so the question arises: should we adapt to the new reality or try to bring back common normality?

Attention is today's currency. Ask yourself: where is my attention? The modern algorithm in social, political and business life is simple: catch the attention of people, provoke emotion and form an attitude towards action. Some of these actions, like 'share' on Facebook, seem very small at first glance which is, in fact, misleading. The second step is to convince the consumer that this action is his or her own choice. Interestingly enough, you can explain the manipulative nature of the technology behind this action, but it will not influence the subconscious readiness of a person to take this action.

The majority of people have their own vision of the world. The human brain has no capacity to process large volumes of information. In fact, most people consume information that fits only their puzzle of the world.

Dr Iryna Brunova-Kalisetska, Executive Director at Integration and Development Center for Information and Research, an expert in the prevention, transformation and reconciliation of identity-based conflicts

Ukrainian society has consolidated since 2014. Ukrainians started to feel responsible for their country, but people cannot be mobilised for a long time, so they divided into different groups. There are different issues that are a source of potential conflict between these groups. You simply cannot avoid conflicts. It is a normal stage of development. The role of the media is, in this case, to stop being drama queens. Manipulators want to evoke an emotion, whether positive or negative. Ask yourself: why do I feel this way, and who wants me to feel this way? This is a skill of informational hygiene.

Living on occupied territories, I used to ask myself -- Why so late? Why is it only now that we speak about information security? Russia has always seen some love from the East of Ukraine. Euromaidan was the point of self-identification for me as a Ukrainian. War forced Ukrainians to make their own choice, but information processes made it especially difficult to do this.

The Ukrainian presidential and parliamentary elections were not about personalities or ideologies. The technology was the one that got victory. First, the shift from hard to soft tools. Billboards and slogans are outdated, so memes become a mainstay. In the case of Ze, it was the people themselves that became the advertisement. Sharing the memes "Ze president" or simply "Ze", even in an apolitical context, served as viral marketing. Second, Ze-team used a strategy of pressure points, when you first find a wound, put salt on it and then propose a remedy. During the parliamentary elections, Zelensky used two pressure points: corruption and war. It resulted in two narratives 'party of war' and 'party of peace'.

Some tend to believe that Zelensky became president due to the success of his TV-show Servant of the People, but I would disagree. For many years, he was the most famous person in Ukraine. In the period of 2005-2012, he has on Ukrainian TV screens for about an hour  week on Inter, the most popular TV-channel at that time. In 2012-2019, he had more than 3 hours per week on 1+1, with an audience of about 2.5 million. Zelensky was on TV more than the Ukrainian president or any other politician. There were three personalities of Ze: the entertainer that talks about complicated politics in a funny and understandable way; a person that helps people to be happy, to get their dose of serotonin; and only then the ordinary teacher Holoborodko. Ze-president -- is a political Cinderella, the American dream of Ukrainian society: when an ordinary self-made man can come to power and suddenly change everything.

Dr Iryna Brunova-Kalisetska, Executive Director at Integration and Development Center for Information and Research, an expert in prevention, transformation and reconciliation of identity-based conflicts 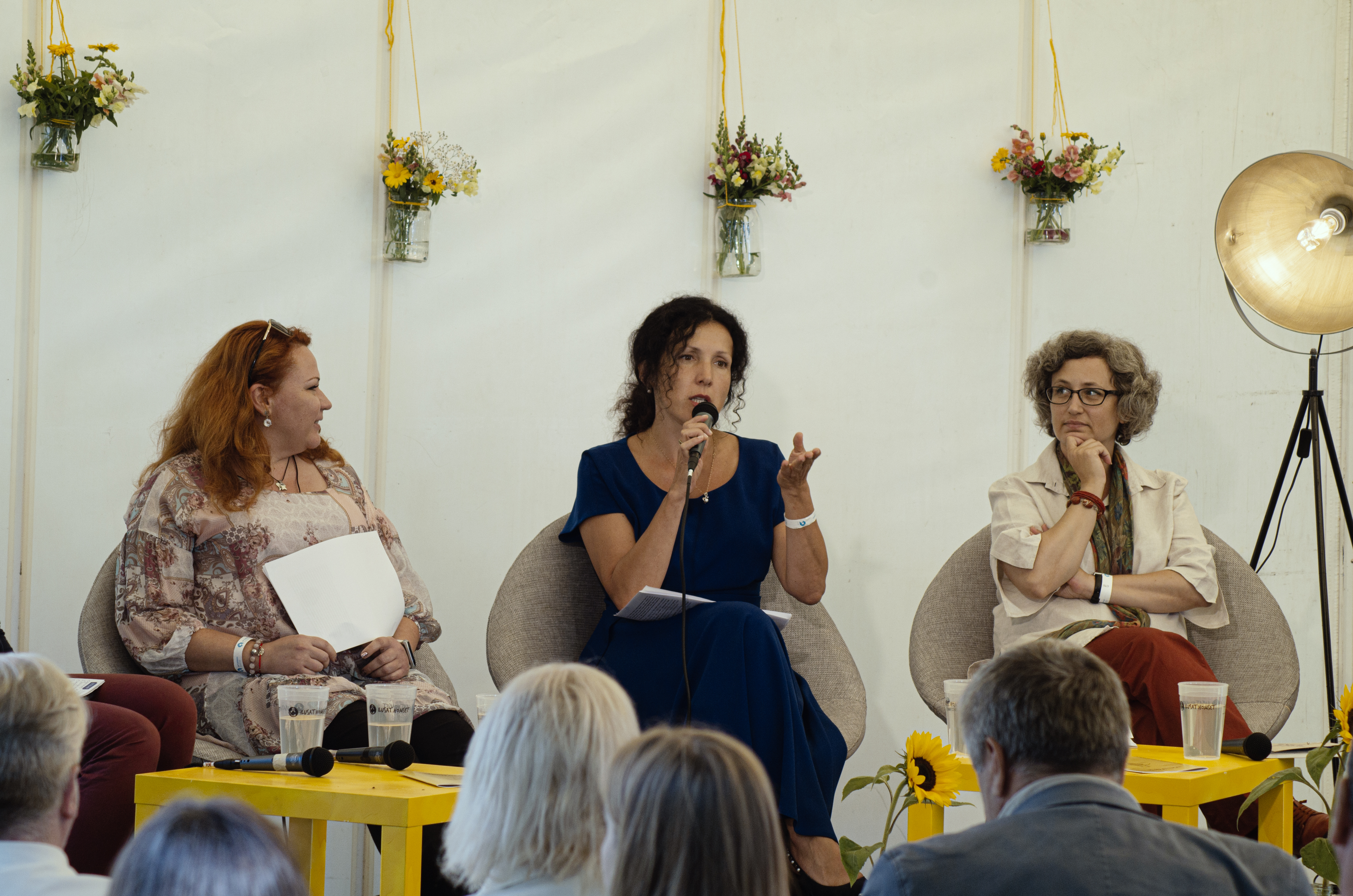 After the Revolution of Dignity in 2014, it seemed like consumers were sick of poor information and producers, on their behalf, were tired of delivering low-quality information. Unfortunately, this did not happen. Everyone still writes about everything. The profession of journalist is a hybrid mix of different dimensions. There are almost no more classic journalists, and the fight for readers has become a fight for viewers and clicks.

The election campaign proved that it is extremely hard to find the truth. Oligarchs own most outlets in classic media. Every time Ukrainians see something on TV they have to look at who owns that channel, what relationships the owner of this channel has and what are his interests? However, they are not obliged to do so; they have to get quality information in line with journalistic standards.

Grigori Senkiv, director of the National Center of Defence and Security Awareness

There is a need for journalism that is independent of not only politicians or oligarchs but also of clickbaiting. In the competition for clicks and views, the media adapt their content. This usually leads to poor quality in order to meet the tastes of consumers.

Journalism has to be independent, but it also has to manage itself. In other words, it has to create a clearing system: the journalistic community should be the one to decide whether someone deserves to be part of it and exclude those who violate the rules and standards of the community.

This article was prepared with financial support from the International Renaissance Foundation.

Oksana Iliuk
Analyst at UkraineWorld and Internews Ukraine
Next article

Internews Ukraine and UkraineWorld.org are continuing to publish a regular roundup of anti-Western messages in Ukraine aimed at undermining trust in democracy and...
PODCAST
September 29, 2020