February 25, 2021
Lesya Ukrainka’s 150th anniversary is an invitation to take a fresh look at her timeless works. 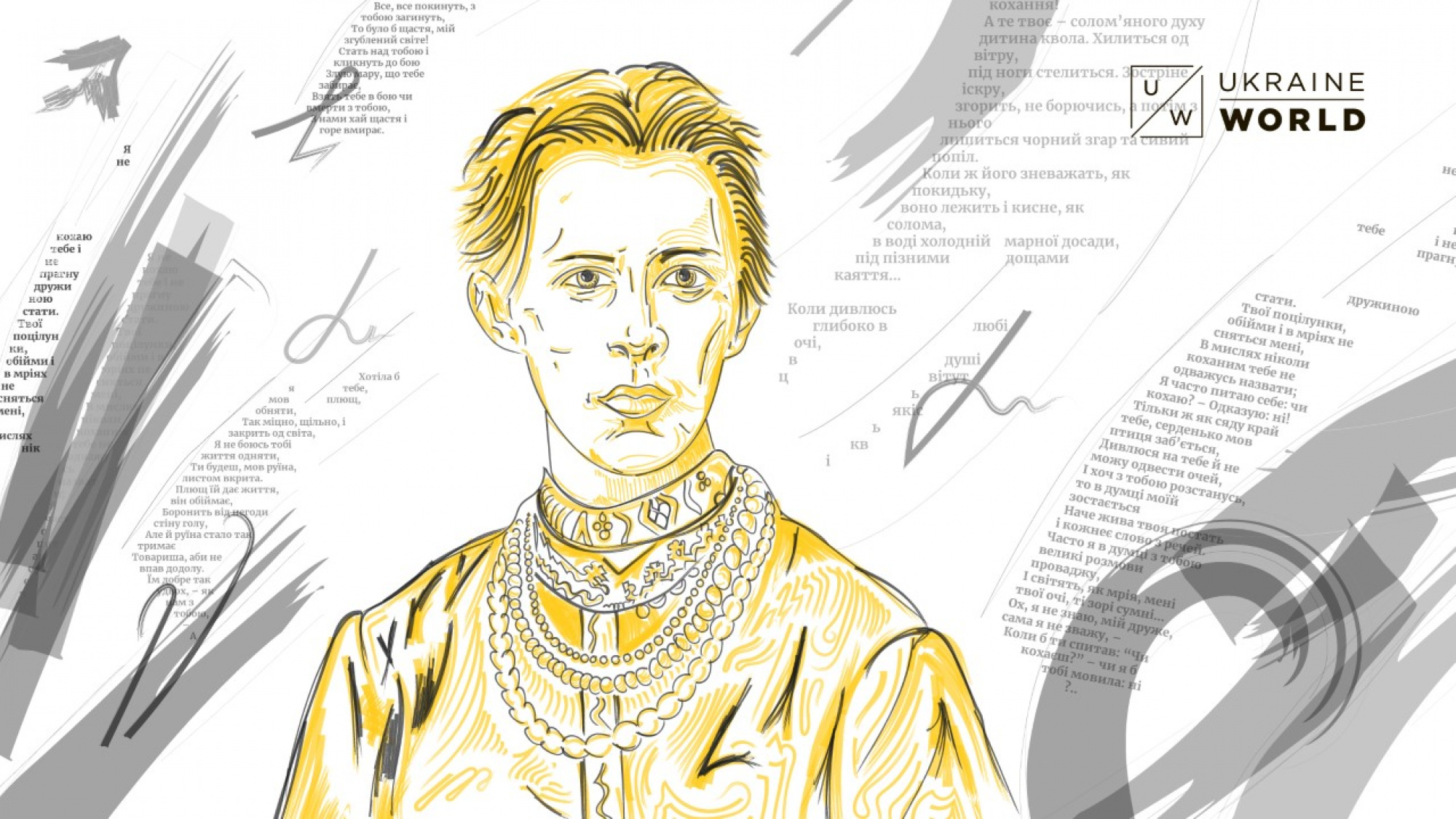 It is remarkable that in the 19th century, which saw the powerful boost of women's emancipation, Ukrainian culture produced so many strong female writers: Marko Vovchok, Olha Kobylianska, Lesya Ukrainka and others.

In the pantheon of Ukrainian writers who constructed the country's cultural tradition, Lesya Ukrainka is extraordinarily unique. She may indeed be the best Ukrainian writer ever.

One thing is special about her: she did the most to break Ukrainian culture free from the image of provinciality imposed on it by the discourse of the Russian Empire around the turn of the 20th century.

Lesya Ukrainka set Ukrainian culture free from the image of provinciality imposed on it by discourse of the Russian Empire around the turn of the 20th century.

She reflected Ukrainian problems in the mirrors of the topics of global culture and history. She took stories from Ancient Greece and Rome, early Christianity, Early Modern Europe, as well as European conflicts and revolutions, while making her characters speak Ukrainian and posing the universal human problems in the Ukrainian language.

This wasn't an easy task. She was born in an era when Ukrainian was banned (yes, banned!) from the public use in the Russian empire.

She was born in an era Ukrainian language has been banned (yes, banned!) from the public use in the Russian empire.

The year of her birth, 1871, fell a few years after the Valuev Circular of 1863 which introduced draconian restrictions on the publishing of the Ukrainian word. Her childhood would see all publishing in the Ukrainian language become illegal with the  Ems Ukaz of 1876. Lesya Ukrainka died in 1913, shortly after this ban was lifted — and shortly before Russian Empire itself collapsed. She spent her whole life writing in a language which the state to which she was subject declared nonexistent. But she was not only able to write masterpieces in this language, she was able to use it to speak with supreme eloquence about the whole world.

The breadth of her topics is truly astounding, and is equal of any of her great European or American contemporaries.

She wrote about early Christians in the Roman Empire, about ancient Greece and ancient Egypt, about the Scottish wars for independence and the French Revolution, about Spanish Baroque culture, English puritans in North America, and of course her native Ukrainian folklore. She translated into Ukrainian from German, French, English, Sanskrit, ancient Greek, Egyptian and more. When Ukrainian culture was imprisoned in an artificial provinciality, she filled it with the voices of literary culture from around the world.

But all those global topics were not merely abstract, neither to her nor to her people: she wrote about these  "ancient" themes by channeling her own experience. When she was writing about early Christians, she felt herself a member of a "catacomb" people: a community of the faithful persecuted by an empire.

Her genius was primarily in writing drama: her dramatic poems are works which remain unsurpassed in the Ukrainian cultural canon — making them comparable to plays by Aeschylus, Shakespeare or Racine.

Her version of Cassandra, the story of the Trojan prophetess who warns her people in vain of their imminent doom — it is the story of all people whose voice has been unheard throughout history. It is a feminist story, but also a story about endangered communities.

Her Robert the Bruce, King of the Scotts, is a story of Scottish elites who betray their nation and assimilate with the English — a mirror of Ukrainian history, in which Ukraine had repeatedly lost its national elite to assimilation with neighboring powers. In Lesya's story, this betrayal by the elite is followed by a miraculous rebirth from the energy of its people — yet another analogy for the organic potential of the Ukrainian nation.

Her Martian the Advocate is a story of a Christian lawyer in the 3rd century Roman Empire who defends his fellow Christians but cannot disclose his own Christian faith. In the play's climax, he is put in an impossible dilemma of whom to save: his community of the faithful or an individual who seeks shelter in his house.

Or take her brilliant Rufinus and Priscilla: again, a story about a conflict between a young Christian community and the Roman empire, which tells us how faith in a new idea (endangered by the Empire) turns people fanatical, and makes them sacrifice not only themselves, but also the ones they love.

In the Field of Blood (her play about Judas and Christ) shows the perspective of Judas, who blames Christ for promising him the "Kingdom of Heaven," but instead leaves him with nothing. It is a story of a profound disillusionment which follows unquestioning faith — and how this disillusionment — the result of over-investment of trust of trust — leads to betrayal.

All these texts, written over a hundred years ago, have a remarkable pertinence today. They travel through different lands and different epochs — but these lands and epochs are mirrors through which Ukrainka speaks to her own nation.

The leitmotifs of these stories are freedom and dignity — but their key conflicts often between freedom of a community versus freedom of an individual.

When Martian, the Christian lawyer, faces a dilemma whom to save: a fellow Christian, or the whole community of fellow Christians, he is facing a dilemma for which there is simply no right answer, but multiple possible wrong ones.

It is remarkable how Lesya Ukrainka found a way to tell the Ukrainian story by anchoring it in the European canon: Greek and Roman antiquity, Christianity, and the ancient Middle East. It is also remarkable how she brings new life to ancient dramas, and their key principle: the struggle of experiences and values which show the deep complexity of life. Lesya's writings are polyphonic; in a way, her dramas do with existential experiences what the Socratic / Platonic dialogues did with ideas: they present multiplicity and complexity as the key principles of human thinking and feeling.

Her plays could be called "Socratic dramas". And the way that a Ukrainian woman, forced to keep her silence by history, empire, patriarchy and colonialism, can reanimate the European literary canon with such power and indomitable spirit deserves deep admiration.

Watch our new video to know what Mariupol activists do to preserve Soviet mosaics.
VIDEO
October 16, 2020