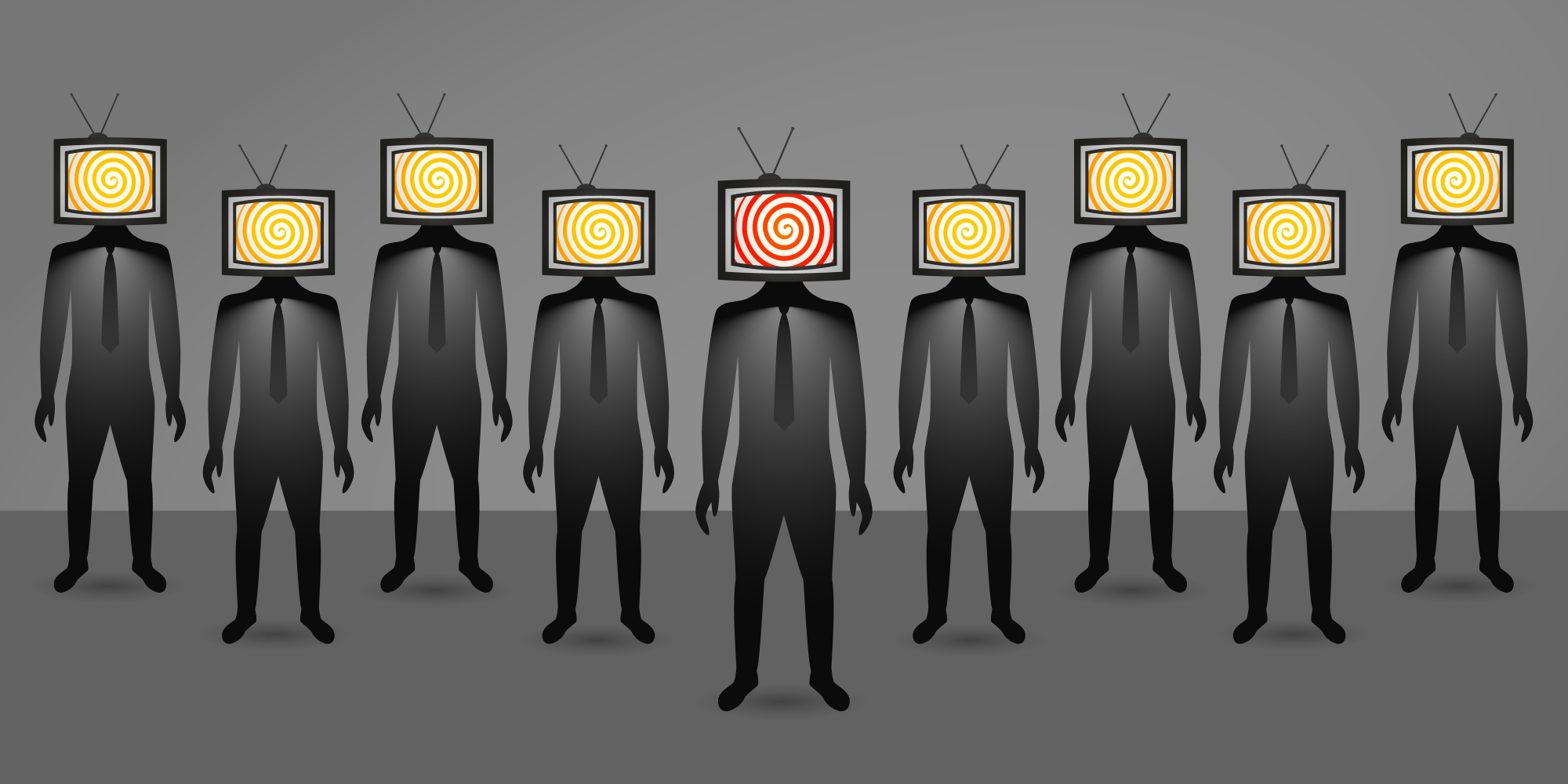 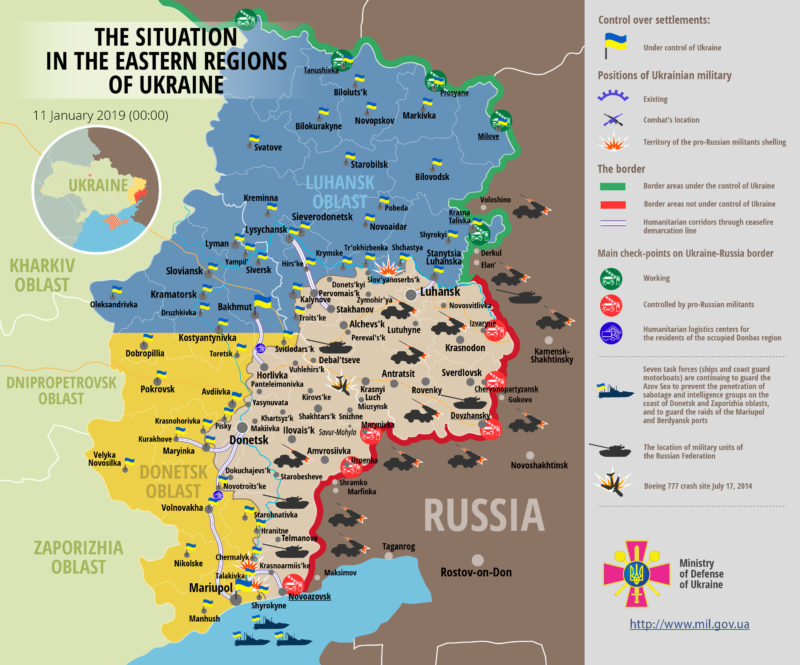 Russia's aggression against Ukraine has been going on ever since, and information operations have always been an integral part of it. Since 2014, Russian informational influences on the occupied territories have been primarily aimed at discrediting Ukraine as a state. Russian actors claimed that Ukraine "is a failed state controlled by the West," and that Ukrainians were being turned "Nazis and Russophobes. " At the same time, the Kremlin's propaganda depicted Russia as a powerful and self-sufficient state, a "cultural and spiritual homeland" for the "people of Donbas."

On 24 February 2022, Russia launched a new invasion of Ukraine. Russian aggression is no longer limited to Donbas and Crimea. The war has come to places including  Kharkiv, Sumy, Zhytomyr, Kyiv, Mykolayiv, Kherson and Zaporizhzhya Oblasts. Nevertheless, Russia justified its invasion by claiming to be "protecting" the so-called "DPR" and "LPR" from "Ukrainian aggression." One of the main goals of the invasion is to occupy the entire territories of Donetsk and Luhansk Oblasts to expand the borders of the so-called "republics" to the "borders set forth in their constitutions." This means that some of the most fierce clashes between the Ukrainian Armed Forces and Russian invaders have taken place in Donbas. 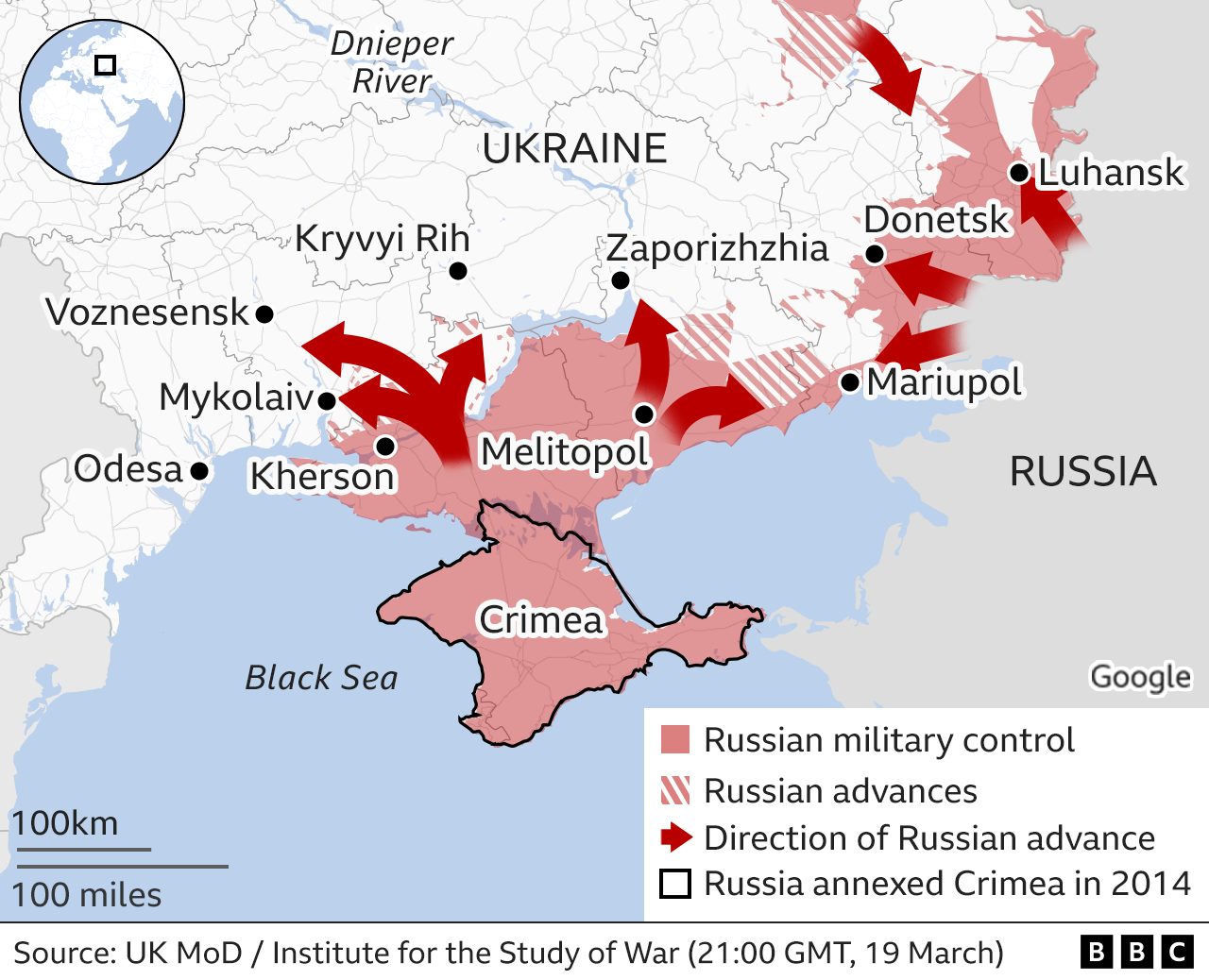 Mariupol: "the Ukrainian outpost" under siege

The port city of Mariupol, often called "the Ukrainian outpost," is currently still being defended by Ukraine's Armed Forces. It is very important for Russia, as capturing it would give them a land corridor from their occupied territories in  Donetsk and Luhansk Oblasts to Crimea. The city has been encircled since March 4. Since then, the Russian army has been constantly shelling the city and has not let any humanitarian convoys in.  Only on March 15, around 20 thousand were able to leave the city via a humanitarian corridor, but some 300 thousand Ukrainians remain trapped inside.

As a result, the humanitarian situation in the city has deteriorated catastrophically: people in Mariupol have been left without food, medicine, heat, electricity, or water.  The Mariupol City Council reported on March 14 that 2357 civilians have died so far. However, the real death toll is likely far higher. Most residential areas in Mariupol have been almost completely destroyed by Russian artillery and airstrikes.

While Russian disinformation actors generally try to say that the Russian army "is only targeting military infrastructure," Mariupol has been bombarded to a point where the Russians cannot possibly hide their true actions and intentions. Therefore, Russian propaganda has come up with the narrative that "Ukrainian Nazis are holding the people of Mariupol as hostages." This narrative can be seen both in Russian media as well as in the outlets of the so-called "Donetsk and Luhansk People's Republics." Additionally, Russian media show videos of alleged residents of Mariupol who were able to flee from the city telling stories about "atrocities of the Ukrainian Nazis." Such videos recall Russian fakes from 2014, in particular the notorious news report about the "crucified boy."

One of the most terrifying episodes in the siege of Mariupol took place on March 9, as a Russian airstrike devastated a maternity hospital. Three people including a child were killed, and 17 more were injured. On March 14, the world learned that a wounded pregnant woman who had been taken on a stretcher from the maternity hospital had subsequently died, along with her baby.

While commenting on this, Russia's foreign minister Sergei Lavrov argued that "that the maternity hospital in question had long been seized by the Azov battalion and other radicals, and that all expectant mothers and all nurses had been driven out of it." Russian propagandists also ridiculously tried to prove that "Ukrainians had staged the bombing."

However, Russian lies have not stopped there. On March 16, Russian forces bombed a theatre in Mariupol where hundreds of people, mostly women and children, had taken shelter. While commenting on this, Russia's defense ministry stated that  "militants of the Azov battalion have committed a new bloody provocation by blowing up a theater building in Mariupol which they had mined." This narrative is targeted at domestic audiences in Russia, as with each new day of the war, it becomes harder for Russian officials to sell the statement that the Russian army "only strikes military targets."

A very different story is playing out in Volnovakha, a small town located some 35 kilometers southwest of Donetsk. The town's roughly 22 thousand of the town's residents already suffered a great deal from the war Russia started in Donbas in 2014. In January 2015, 10 people were killed and 13 were injured when a shell struck a passenger bus at a checkpoint near the town.

As Russia began its new invasion on February 24, Volnovakha has become one of the invaders' priority targets, as it is located on the path from Donetsk to Mariupol. The Russian offensive has included the intensive shelling of the town. By March 6, 90% of the residential buildings in the town were either damaged or completely destroyed. On March 12, after weeks of intense fighting, the Russian army occupied the town. Pavlo Kyrylenko, the Head of the Donetsk Regional Military Administration, stated that "Volnovakha and its infrastructure does not exist as a town anymore." Kyrylenko also said that about 100 thousand people lived in Volnovakha district, and most of them were evacuated.

Volnovakha in ruins after being captured by Russians. Source: AP

Those people who still remain in Volnovakha have to survive without electricity, heat and water. They have also effectively become hostages and props for Russian propaganda to use. Russian and "DPR"-based media alike have started publishing interviews with alleged locals saying that Ukrainian soldiers terrorized the local population and they were the ones who destroyed the civilian infrastructure.

Furthermore, media from the so-called DPR also have pushed a narrative about "Volnovakha's liberation," with emphasis on "humanitarian assistance provided to the locals." Russian disinformation actors have also posted such reports in Volnovakha-based Facebook groups and Telegram channels as part of an effort to influence public opinion about the Russian invasion of Ukraine.

The Russian-language service of the Chinese state-owned media CGTN provided Russians with information support on the ground in Volnovakha. In a video published on March 11, a CGTN correspondent reports about the ruined town while standing near a car with "Z" symbol on it. The story also showed a woman who said that the locals were happy to see Russian troops entering the city and argued that Ukrainian tanks were hiding behind residential buildings, although there is no way to verify that she is a local. This is also a classic move from the Russian propaganda playbook.

Russia expands the borders of its parallel reality

Since the beginning of the Russian invasion of Ukraine, Kremlin propaganda has created a parallel reality. In this "reality," the Russian army is liberating Ukraine from Nazis, strikingonly at military targets, and being met by Ukrainians happy to become a part of the "Russian world."

In reality, Russian "liberation" means death and destruction for those Ukrainians who are  unlucky enough to be "freed." The cases of Mariupol and Volnovakha — cities that are mostly Russian speaking — show that neither Russian soldiers nor Kremlin propagandists care for people whom they proclaim to be "liberating."

Mariupol before and after the Russian invasion

Russian imperialism won't end in Donbas, in the East of Ukraine, or even at Ukraine's borders. No European country is safe until Russia is stopped. Unless Russia is stopped, many more cities and towns may see the fate of Mariupol and Volnovakha. The role of Russian propaganda here has been integral: without it, Russia would not have been able to launch its invasion of Ukraine.

Disinformation narratives have helped the Kremlin to prepare domestic audiences for the invasion, and have stalled Ukraine's progress in its European and Euro-Atlantic integration. Russians have also tricked the West into thinking they could be reasoned with, an error which Britain's Prime Minister Boris Johnson admitted on March 16. Western sanctions against key Kremlin propagandists such as Vladimir Solovyov and Margarita Simonyan, as well as restrictions on the reach of Kremlin-controlled media outside of Russia show that efforts are now being made to reckon with this mistake.

How Russia’s war against Ukraine is wrecking the Russian economy

Since illegally annexing Crimea in 2014, Russia has drastically increased its military presence in the Black Sea region. The Kremlin’s dominance may be temporary...
PODCAST
September 29, 2020