February 3, 2021
Since Russia announced the conclusion of developing Sputnik V vaccine, it has been trying to impose it over Ukraine relying on pro-Russian politicians, media and opinion leaders in Ukraine. 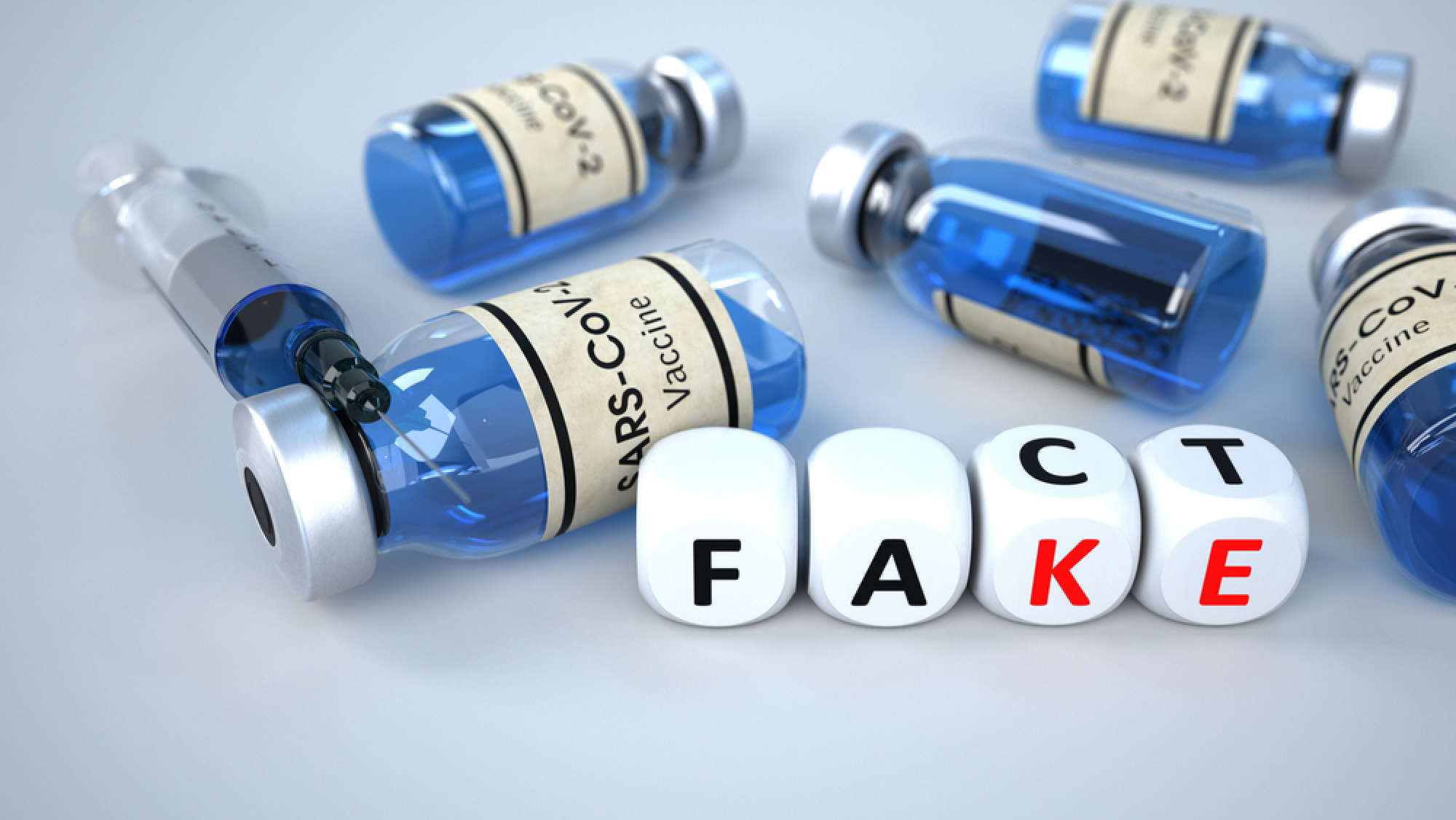 Ukrainian politician Viktor Medvedchuk has strong ties to Vladimir Putin, Russia's President. The Kremlin's master is the godfather of Medvedchuk's daughter. Furthermore, Medvedchuk's business is supported by Russia: according to reports of Ukrainian media, he earns his money through Glusco gas stations (formerly affiliated with Rosneft, a Russian oil company). Meanwhile, Oksana Marchenko, Medvedchuk's wife, controls a company which mines one of the most significant Russian gas fields.

Simultaneously, Viktor Medvedchuk has been involved in Ukraine's politics and media sphere. In 2012 he created "Ukrainian choice", a civic movement which was masked as a Ukrainian political initiative but, in reality, promoted the pro-Russian geopolitical agenda. Since 2018, Medvedchuk has been one of the leaders of the openly pro-Russian Opposition Platform — For Life party which currently has the second-largest representation in Ukraine's Verkhovna Rada.

Via his ally Taras Kozak, an MP from Opposition Platform — For Life, Medvedchuk has also built a network of information TV channels which retranslates pro-Russian messages and promotes activities of Medvedchuk's party. This network includes nation-wide TV channels 112 Ukraine, NewsOne and ZIK, and regional TV channels KyivLive and OdesaLive.

The way Russian COVID-19 vaccine Sputnik V has been promoted in Ukraine shows how the pro-Russian sphere of influence operates.

"Sputnik V is the best choice for Ukraine"

On October 6, 2020, Viktor Medvedchuk met with Russia's President Vladimir Putin. In this meeting, Medvedchuk asked Putin to provide Ukraine with Russian coronavirus vaccine. Medvedchuk claimed that he and his whole family have already been vaccinated with Sputnik V himself in August during their visit to Crimea (currently occupied by Russia — UW). Russia's President replied that he is ready to "work with Ukraine [...] despite any political difficulties" because "this is a purely humanitarian issue." Ukraine's President Volodymyr Zelensky reacted to this by saying that Russian vaccine was "untested" and the EU would provide Ukraine "with real vaccine when it is made and is not doubted by the scientists." Indeed, the Russian vaccine has not passed the phase 3 trials and has not yet been registered in the U.S. and Europe.(Update: according to the study published in the Lancet journal on February 2, Sputnik V has been independently reviewed; its efficacy is reported as 91.6%).

Such a date to start the information campaign has hardly been coincidental. It was timed right before the local elections in Ukraine (held on October 25) to mobilise all the pro-Russian electorate around the Opposition Platform — For Life and once again attack President Zelensky and his Servant of the People party. For instance, Mykola Skoryk, mayor candidate from Medvedchuk's party in Odesa, repeatedly promised during his pre-electoral campaign that he would secure inhabitants of Odesa with Russian vaccine if he won.

The idea of the Russian vaccine has continuously been pushed by the official statements of the Opposition Platform — For Life MPs and Medvedchuk-controlled media. All three TV channels controlled by Medvedchuk have been discussing this topic in their prime time talks shows. For instance, media from Medvedchuk's sphere of influence shared a statement of Opposition Platform — For Life in which it accused Zelensky of "signing a death sentence to many Ukrainians and dooming the country to hardship." According to the statement, the Russian vaccine is perfectly safe, but the Ukrainian government can't use it because "[Ukraine's] medical procurement is under external governance [of the West]."

Russia and Medvedchuk have also been launching fake news on this topic. On December 8, 2020, shortly after the mass-scale vaccination of the population with Sputnik V started in Russia, Ukrainian pro-Russian media and Russian state-owned media at the same time launched a disinformation campaign about Biolik, a pharmacy enterprise in Kharkiv, already producing Sputnik V doses. This disinformation was launched after the meeting between Viktor Medvedchuk, Kirill Dmitriev, the chief executive officer of  Russian Direct Investment Fund, and Alexander Ginzburg, the director of Gamaleya Research Center of Epidemiology and Microbiology where Sputnik V vaccine was developed. However, Biolik stated on the very same day it was not producing the vaccine. Nevertheless, Medvedchuk-controlled media kept spinning this story to pose Medvedchuk as a "saver" of Ukrainian people whose efforts "are being destroyed by the Ukrainian government" Nevertheless, there's no smoke without fire: on December 31, 2020 Biolik submitted application to Ukraine's healthcare ministry on registration of Sputnik V vaccine in Ukraine.

This propaganda campaign proves that Russia sees Sputnik V being used in Ukraine as far more than "purely humanitarian issue." The Kremlin sees the Russian vaccine as another opportunity to bring Ukraine back to its political orbit. Furthermore, Ukraine, with its more than 35 million potential recipients, is a lucrative market for Russian vaccine trade. Valeriy Solovey, the Russian political commentator, argued on Echo Moskvy radio station that Vladimir Putin was promised potential USD 50 billion profit from selling Sputnik V to other countries, which would compensate for Russia's losses from low oil and gas prices.

The mention of "external governance" in Medvedchuk's campaign for Sputnik V's use was not occasional.  This is the central narrative of anti-Western propaganda: Ukraine is "controlled by the West" — the U.S., the EU, the IMF, George Soros — who want to "rob" Ukraine of its natural resources. In this regard, pro-Russian media and opinion leaders have been arguing that the U.S. and Russia are leading a "vaccine race" similar to the arms race of the Cold War era. Additionally, pro-Russian propaganda has been arguing that the U.S. won't let Ukraine use Russian vaccine, as it aims to "test its vaccines on Ukrainians" and "sell its vaccines in Ukraine without competition,"

As other vaccines started appearing on the market (Pfizer/BioNTech, Moderna, AstraZeneca etc), anti-Western media started attacking these vaccines and strengthened the narrative about Sputnik V being the only one which could "save Ukraine from the pandemic."According to such media reports, all other vaccines except for the Russian one were either "too expensive" or "too difficult to handle during transportation and storage." Another narrative is based on the deficit of vaccines: pro-Russian propaganda says that "the West will only send vaccines to Ukraine when all the citizens are vaccinated", hence "Ukraine can only rely on Sputnik V."

Sadly, the latter narrative has ground to build upon. Ukraine has finalised its application to the COVAX initiative in December 2020. However, as of January 29, there is still no information about the possible date of delivery of first vaccines within COVAX framework. Furthermore, it is even not clear which vaccine would be provided. Meanwhile, Ukraine is the only country in Europe where the vaccination of the population has not been started yet. In this regard, anti-Western media and opinion leaders spin the narrative that "the Western countries will only help Ukraine with vaccines when all their population is vaccinated."

The Ukrainian government is also partly to blame, as it failed to strike direct deals with producers of West-adopted vaccines, such as Pfizer/BioNTech, Moderna and AstraZeneca. This has led to the situation in which Ukraine had to sign a contract with China to receive Sinovac Biotech, a vaccine which has not yet passed phase 3 trials and has questionable efficiency. Such a decision of the government also undermines its argument for not using the Russian vaccine due to it not being thoroughly tested.

A poll by Kharkiv Institute for Social Research shows that only 6.1% of respondents trust vaccines developed in China. Meanwhile, 28.1% trust in the U.S.-developed vaccines, and 20.4% trust in vaccines developed in Belgium,  19.7% — in British ones, and 12.2% — in the Russian ones. Anti-Western media and opinion leaders use the results of this poll to attack the Ukrainian government for signing a deal with the Chinese supplier and make the official put the Sputnik V option back on the table.

Ukraine's foreign minister Dmytro Kuleba argued in an interview with Den' newspaper that Sputnik V, Russian COVID-19, is a "hybrid weapon" used against Ukraine. Regarding this, Ukrainian news website strana.ua published a statement of Viktor Volodatskiy, a member of Russian State Duma, who said that "this man [Kuleba] is likely insane because one can't even start appraising someone calling a drug which saves lives a hybrid weapon." Volodatskiy added that "it's only fitting" for Ukraine to procure Russian vaccine and not to wait while "the U.S. and Europe would share vaccines from the grown-ups' table. "This exchange perfectly summarises how Russia tries to make Ukraine use its COVID-19 vaccine, which would be a first step in bringing the country back to Kremlin's geopolitical orbit.

Showing The Lives Of The Blind In Kyiv

Have you ever imagined how visually impaired persons perceive the world? The 3 AM museum allows people to experience the world as blind people do. Watch how in our...
VIDEO
March 1, 2021