June 25, 2021
“Ukraine is Europe. And more” – read the title of an April 2020 article by Ukrainian foreign minister Dmytro Kuleba. Now, what exactly should “more” mean? 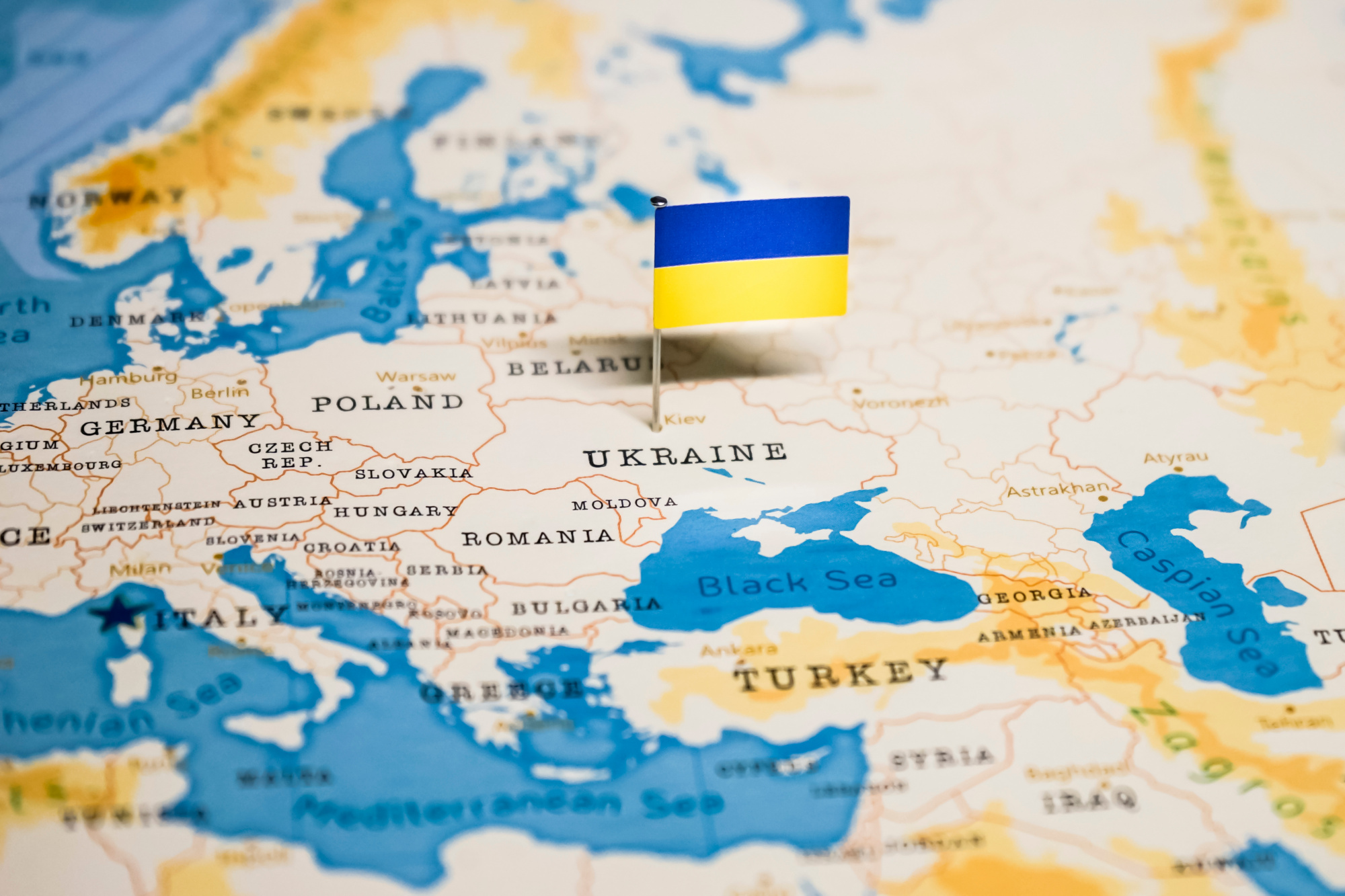 Back in 2014, Ukraine made a decisive and fundamental geopolitical choice, opting for integration with the EU and NATO, rather than with Russia and the blocs it controls. Though Ukraine's geopolitical vector has previously varied based upon who was in office, its determination to move towards Europe has not faltered since the change to Volodymyr Zelensky's administration in 2019, which only confirms the permanent nature of Euro-Atlantic choice. Moreover, that same year, Ukraine's movement to membership in the EU and NATO was enshrined in the country's constitution, making Ukraine's Euro-Atlantic ambitions, as the narrative goes, "irreversible."

However, it does not diminish the importance of Ukraine's progress towards the EU and NATO to note that there are good reasons for Ukraine to look beyond Brussels and Washington in defining its place in the world.

First of all, there is the universal principle of not putting all of one's eggs in a single basket. Ukraine boasts an increasingly bigger share of the EU in its foreign trade pattern (40.7% as of 2020). This trend has been widely lauded not only because of its sheer scope, but also because it means that Ukraine has fully made up for the loss of Russian export markets (before the war, Russia accounted for up to a third of Ukraine's foreign trade volume). However, this tendency presents a couple of risks, too. The highly competitive nature of the European market contributes to easier access to the Ukrainian market for European companies, rather than vice versa. Ukraine had a negative balance of - 4.4 billion USD in 2020 when it comes to trade with the EU. Also, given that most of the EU operates under a single currency, episodes of financial turbulence like that of 2009 tend to engulf the entire Eurozone at once. Should something similar take place in future, Ukraine's exceptional bet on the EU could have serious economic repercussions at home.

Secondly, there is always a risk of Europe or certain of its member states becoming more pro-Russian, thus complicating Ukraine's integration. Russia has been known to sow discord across Europe. Consider, for instance, Russia's vaccine diplomacy, by which Moscow tried to drive a wedge between countries that wanted to buy its Sputnik V coronavirus vaccine and EU health authorities in Brussels who did not have enough grounds to approve its use across the bloc. Another good example is how Russia made use of the 2016 referendum in the Netherlands that threatened to undermine the ratification of the EU-Ukraine Association Agreement.

Thirdly, Ukraine's journey towards EU and NATO membership is a lengthy process that, realistically speaking, is set to take over ten years. Ukraine will need to adopt and learn to apply numerous EU standards and regulations. Another challenge is the EU's process of decision-making which requires many key steps to be approved unanimously by all 27 member states. This is not to mention the reality that the EU and NATO are increasingly reluctant to talk about enlargement at all.

That being said, there is much that Ukraine can do with its foreign relations in parallel to its Euro-Atlantic integration, and there is every reason to do so whenever possible and not contrary to Ukraine's  EU and NATO ambitions.

In his April 2020 article, Kuleba wrote that "[a] player is not good enough if he sits down to play without an ace up his sleeve. Our ace, our unique supplement to the European strategy is our relations with Asia". According to the minister's vision, the road between the East and the West should go through Ukraine, since Ukraine can provide key added value to the trade flows between Asia and Europe. "Ukraine needs to become a high-technology hub for the establishment of joint production and simplified transit of goods," he writes.

How exactly this can be done, however, remains an open question. Ukraine indeed boasts a highly qualified workforce, but cannot realistically compete with Asian economies like China on production costs. Furthermore, according to Ukrainian China expert Oles Cowal, there are serious barriers in Ukraine in terms of bureaucracy and reluctance to renovate. "All China's attempts to offer Ukraine its technologies face push-back on the part of bureaucrats and heads of enterprises that are used to doing everything in an old-fashioned way. When the Chinese come to them and say 'We are going to help you increase production several-fold, but you need to adopt our technology and scrap the existing obsolete system,' few agree," Cowal explains.

Still, if the 21st century is to be the Asian century, it makes sense to be at the crossroads of Asia and Europe. The question here is not about whether to embrace this strategy or not, but rather about how to make it effective amidst competition.

Unfortunately, a year after Kuleba declared Ukraine's interest in Asia, the results of this pivot remain quite modest. There have been numerous meetings and declarations made primarily by diplomatic officials in Ukraine and its prospective Asian partners, but they have been lacking on specifics and concrete actions. Still, Kuleba's Foreign Ministry has that it understands the importance of engaging with Asia, which indicates that the endeavor has not been abandoned.

THE MIDDLE EAST — CHALLENGES BEFORE OPPORTUNITIES

Kuleba's article was dedicated exclusively to Asia, but this is not the only place Ukraine should have in mind when looking East.

Certain Middle Eastern countries have already appeared on the radar of the current Ukrainian government. During his two years in office, President Zelensky has visited Oman, Qatar, Turkey and the United Arab Emirates. It is no wonder that the region is in the focus of Ukrainian authorities' attention — the Gulf monarchies are well known for their financial welfare, which makes them attractive not only economically, but also in terms of political stability. This is confirmed with how much the economic dimension of the abovementioned visits has been emphasized by the President's Office in their wake. Following Zelensky's visit to Qatar, the Olvia seaport in Mykolaiv was leased to the Qatari company QTerminals for 35 years, while the President's visit to the UAE has resulted in $3 billion worth of contracts and memoranda.

However, according to Ukrainian Institute for the Future expert Iliya Kusa, Ukraine will tend to face challenges in its relations with the Middle East before it sees opportunities.

One of these major challenges is the limited range of products Ukraine currently offers to the region. As Kusa explains, "everything depends on the complexity and structure of the national economy. If the economy and its structure is not complex, if it is entirely aimed at exporting raw materials — which is indeed the case, more than 50% of our exports are raw materials — we are physically unable to offer anything else."

Another challenge is the strong competition for Middle Eastern markets. "The Middle East is far from being some sort of new trend. Many states in the region are rising, and they want to play a role in these markets. So we are not the only ones, and we are losing this competition", Kusa explains. Moreover, he argues, some of the sectors in which Ukraine could step up its trade with the region are already dominated (when it comes to military and technical cooperation) or rivaled (in case of agricultural products) by Russia.

Finally, there are certain regional political issues that require consideration, like the isolation of Qatar that happened in 2017. This particular situation should not be overemphasized in Ukraine's strategizing, given that Ukraine is not the key partner to the region's countries. Still, Kusa argues that statements like President Zelensky's pronouncement calling Qatar Ukraine's strategic partner in the region should be avoided.

Another macro-region Ukraine should consider pivoting to is Africa.

Twelve of the 30 fastest growing economies in 2020 were African countries, which definitely makes the continent worthy of Kyiv's attention (and anyone else's, for that matter). Moreover, Ukraine exports five times more goods and services to Africa than it imports, which suggests Kyiv is in a favorable trading position to begin with.

However, according to Oleksandr Mishyn, a PhD in political science and co-founder of Ukraine's Center for Africa Studies, the lion's share of Ukrainian exports to the continent is currently going to Maghreb countries, with sub-Saharan markets still largely untapped. He argues that Kyiv should take a closer look at opportunities presented by trade with Sudan, the Democratic Republic of Congo, Ghana, South Africa, Rwanda, Côte-d-Ivoire, Djibouti and Gambia. The range of products exported to the continent should be expanded, too. At the moment, it mainly consists of agricultural and metallurgical products. "Ukraine's position would be more confident if there was an increase in machine-building products, cooperation in the military and technical sector, as well as on the modernization of logistics, transport and energy infrastructure," Mishyn explains.

A major challenge when it comes to Africa is that it has been attractive for many influential actors for quite some time. These actors include major economies like China, India, Russia and Turkey, which have long been embroiled in what is dubbed as "The New Scramble for Africa."  Their penetration of African economies is already so advanced that it may be difficult for Ukraine to find remaining space. However, Mishyn says that Ukraine can still expand its trade with Africa with the export of certain modern technologies. He also says Ukraine can complement its participation in UN peacekeeping missions in the continent, offering its experience in building state resilience against the backdrop of Russian aggression.

Even though Ukraine currently has only eleven embassies in Africa (with another one soon to be opened in Ghana), Mishyn says that this, in fact, is enough for Ukraine to be able to embrace significant economic opportunities across the continent. According to him, the issue is rather the efficacy of the existing embassies' work, as well as the Ukrainian leadership's lack of strategic vision when it comes to Africa. "The region remains at the periphery of Ukraine's foreign policy," Mishyn explains. Still, he says, there remains some limited visible progress.

In 2020, the Exporters and Investors Council under Ukraine's Foreign Ministry came up with a list of the top-10 countries Ukrainian exporters are the most willing to cooperate with. Seven of those countries — China, UAE, Ethiopia, India, Qatar, Kazakhstan and Uzbekistan — come from the regions discussed above. With the country's priorities already identified, all that is left is for the Ukrainian government to make the effort to achieve them. President Zelensky's visits to the Gulf, the opening of a new embassy in Ghana, and Minister Kuleba's Asia strategy are good stepping stones. The extent to which they will translate into full-fledged foreign policy vectors remains to be seen.

An analysis of the news reveals who Ukrainian oligarchs are promoting on their TV channels in the run up to the 2019 elections.
PODCAST
April 16, 2020

Ep. 20 – Ukraine versus the virus and Kolomoyskyi: will Ukraine's economy survive?