January 26, 2021
Although the popularity of the Russian social network VK in Ukraine has dropped, it is still being used to promote pro-Russian, anti-Western narratives in Ukraine. 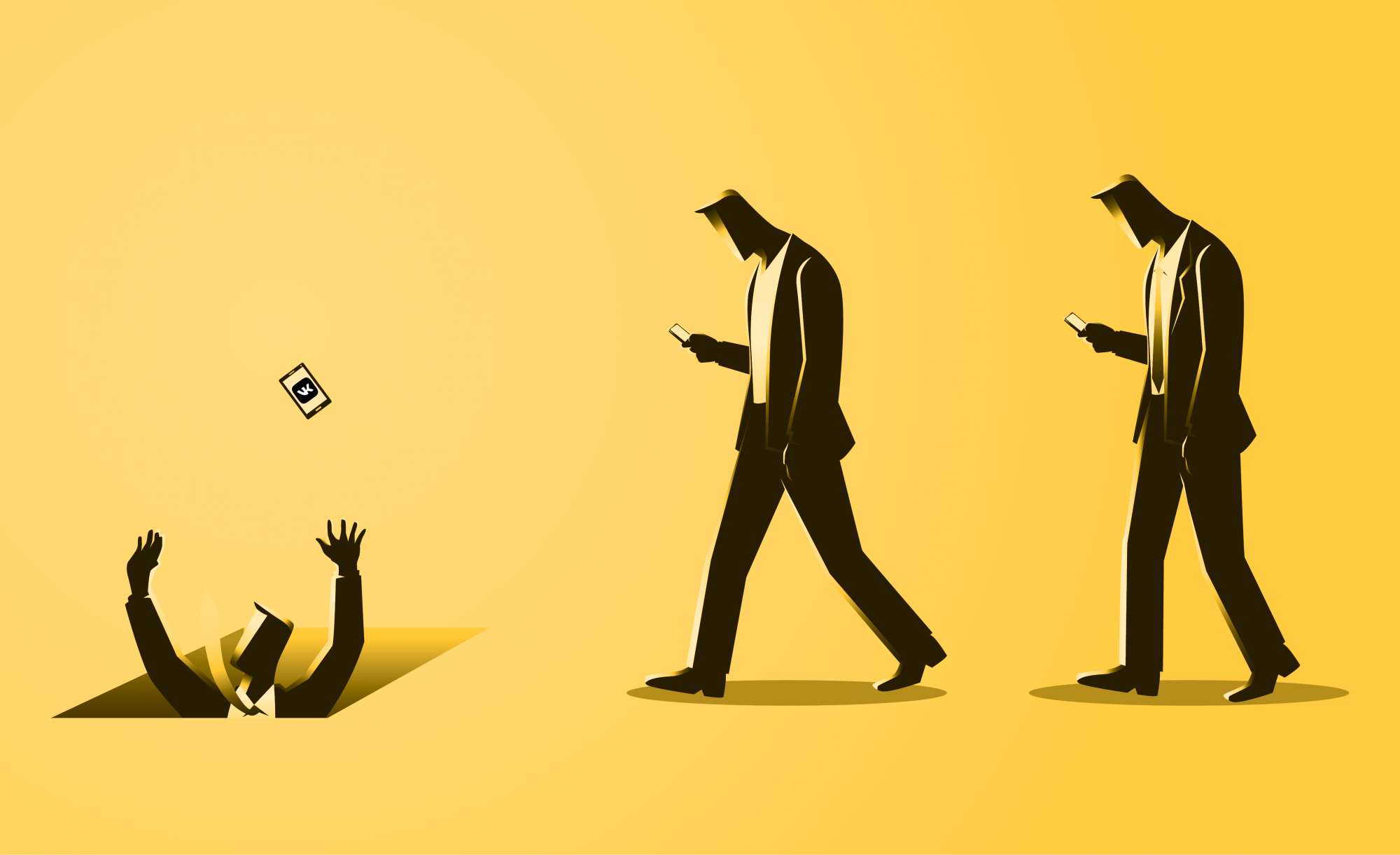 On May 16, 2017, Ukrainian President Petro Poroshenko instituted sanctions against several key Russian Internet services, including the social networks Vkontakte and Odnoklassniki, the email service Mail.ru and the search engine company Yandex. All these services were among the top 10 most visited Ukraine websites. The number of visitors from Ukraine has dropped significantly since the ban.

Despite the ban, some Ukrainians still use Russian Internet services with a VPN. Thus, VK still sits in the #4 spot of most visited websites in Ukraine, according to SimilarWeb data as of December 1, 2020. Furthermore, Ukraine is the second-largest source of the traffic to vk.com.

According to analysis carried out by UkraineWorld and Internews Ukraine, VK today is a breeding ground for hate speech, pro-Russian and separatist messages. The Kremlin is still using this social network in its information aggression against Ukraine.

On first glance, ik.arhano.ru is just another "junk news" website used to spread Kremlin propaganda. Its title is Armia Narodnogo Osvobozhdenia (People's Liberation Army -- no apparent relation to the People's Liberation Army of China, which is the official name of the Chinese military). According to its description, this website's goal is to "provide informational assistance to the revival of the unity and greatness of former Soviet countries" as well as contribute to "patriotic propaganda and upbringing." In this regard, the website mostly shares the narratives of Kremlin propaganda about "Ukraine being controlled by the West" and a "decaying West which has no real democracy." 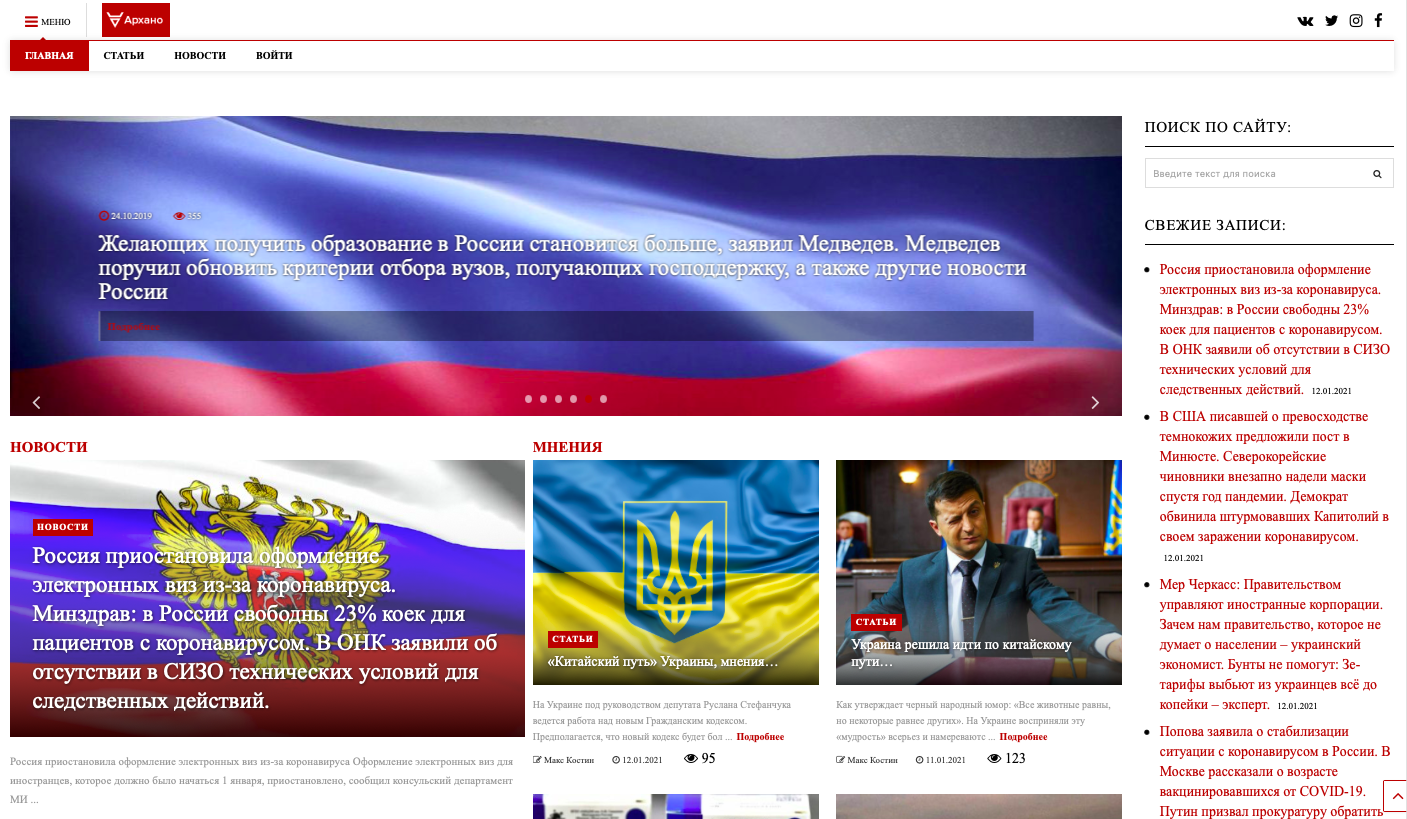 However, ik.arhano.ru stands out among numerous similar websites by virtue of its extensive network of VK communities created in many Ukrainian cities. The VK group ARH-ANO Armia Narodnoho Osvobozhdenia serves as "central hub" where all information from the website is posted. Additionally, 16 smaller groups have been created targeting specific Ukrainian cities. These groups "cover the goals and methods for resistance to Nazi and foreign occupation of Ukrainian cities," as stated in their respective descriptions. By using the term "Nazi," these groups refer derogatively to Ukrainians, as is typical in Russian propaganda. UkraineWorld studied the activity of all these groups from December 1, 2020 to January 12, 2021. 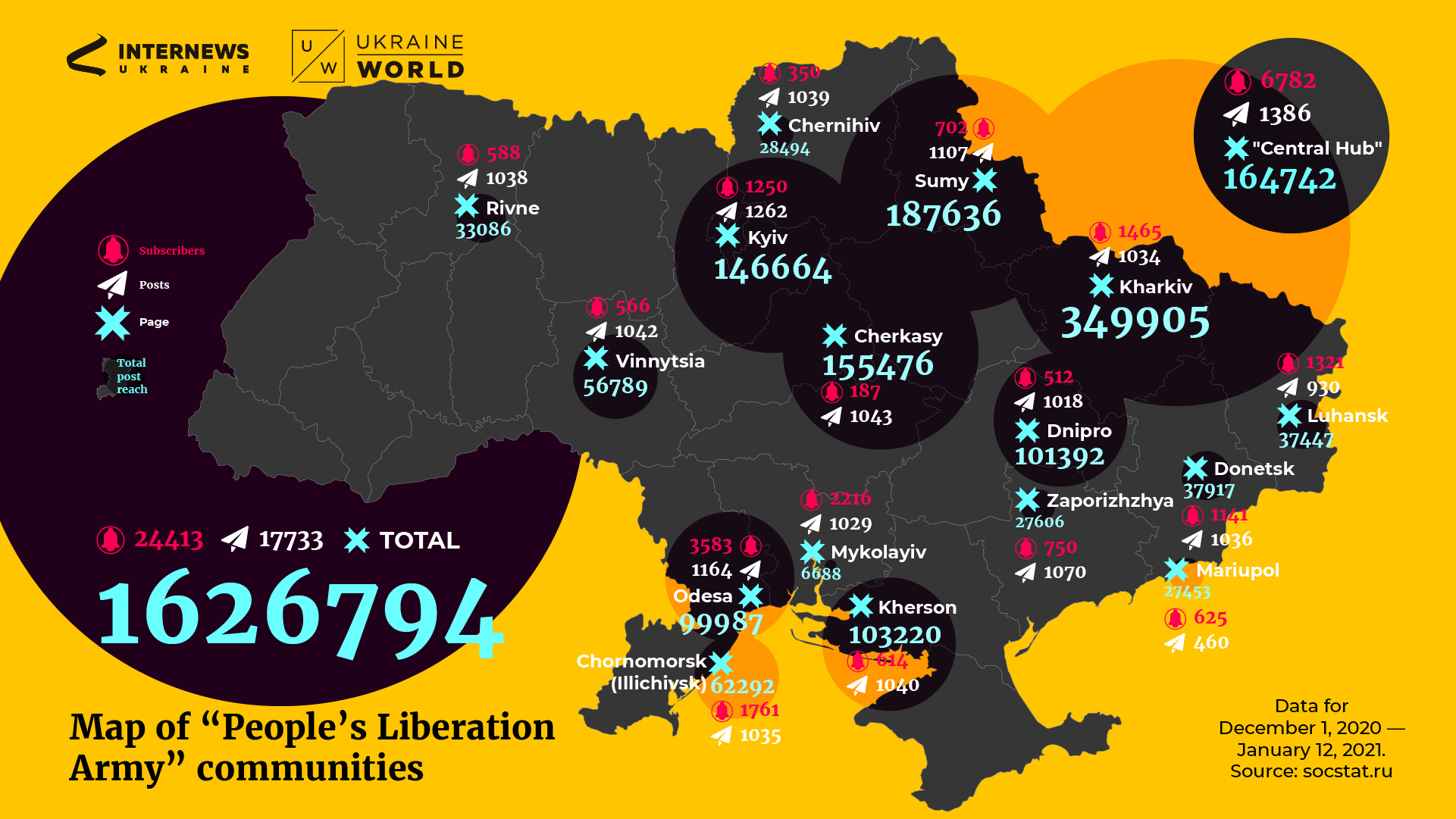 Posts from all seventeen VK groups reached more than 1.5 million users during the research period. Posts on the page dedicated to Kharkiv were the most visible: their total reach was two times higher than the combined reach of all posts on the "Central Hub". The pages for Sumy, Kyiv, Cherkasy, Kherson and Dnipro were also reasonably popular, reaching more than 100 thousand users each.

One might think that each group's content would be tailored to each specific city, but it actually is not. Posts on different regional pages are almost identical and in most cases are being posted within an hour. These posts vary only by hashtags used.

The Central Hub uses three hashtags --- "#архано #новости #политика" (#arhano #news #politics). Meanwhile, posts on the 'local pages' include hashtags with the title of the respective city in Russian and Ukrainian: "#сумы #суми" (Sumy), "#винница #вінниця" (Vinnytsia). When Russian and Ukrainian spelling is identical, only one hashtag is used: "#херсон". It is interesting to note that in the Kharkiv group, the hashtag uses the correct spelling of the Russian name for the city ( "#харьков), but makes a 'Russianism' mistake in spelling the Ukrainian name (#харьків, which should actually be #харків). This spelling error offers a further hint that these pages are being administered from Russia - or at least by people not very  familiar with the Ukrainian language.

Part of the even more extensive network

All the social media pages in "People's Liberation Army" mostly share articles from two websites: ik.arhano.ru and novorosinform.org. The latter is for the media organisation "Rostov Media" LLC, which is officially registered in Russia. According to the website description, "the 'Novorossiya' information and analytical agency covers the most important events taking place on the territory of Russkiy Mir (the Russian World), a space united by a common culture, values, history and language." Novorosinform.org defines Russkiy Mir as "the territory of CIS and Baltic countries." 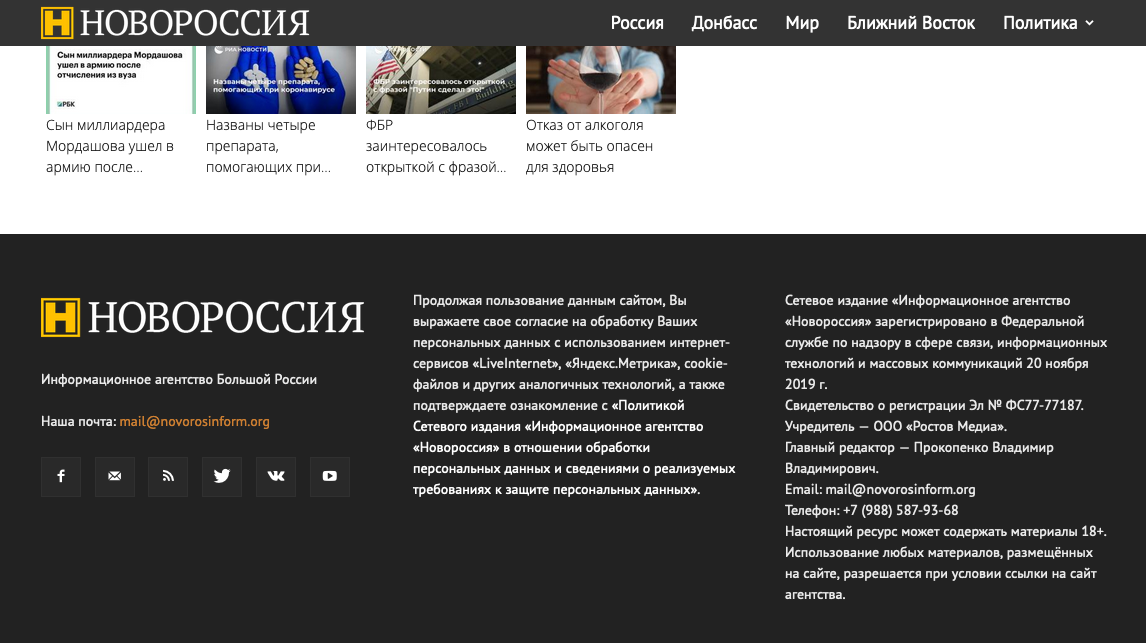 Both websites share the same propaganda narratives. For instance, an article titled "Trump's 'mob' is outraged by insolence of 'sleepy Joe'" on ik.arhano.ru repeats the narrative about "falsified presidential elections in the U.S." and "possible civil war in the U.S." Meanwhile, a piece titled "Following the 'American revolt'" on novorosinform.org is built upon the "deep state" conspiracy theory and claims that Joe Biden and Hillary Clinton are the "puppets of a secret world government."

It is worth noting that the "Following the 'American revolt'" article has been reposted by numerous other Russian and pro-Russian propaganda websites, including cont.ws, naspravdi.info and voicesevas.ru. This ties ik.arhano.ru and novorosinform.org into an even larger network of Russian information influence. The Kremlin uses this huge astro-turfed ecosystem of "junk websites" to promote its narratives online which in turn relies on countless social media pages such as "People's Liberation Army" to reach its audience.

Story #64. War Takes the Most Precious

The story of Alla Karpenko, whose boyfriend was killed by an enemy shell. #UkraineWorldTestimonials
PODCAST
September 29, 2020