July 22, 2019
Ukraine held a snap parliamentary election on July 21st. UkraineWorld held extensive live coverage of the election, where you can find all the key facts. Here are our quick conclusions. 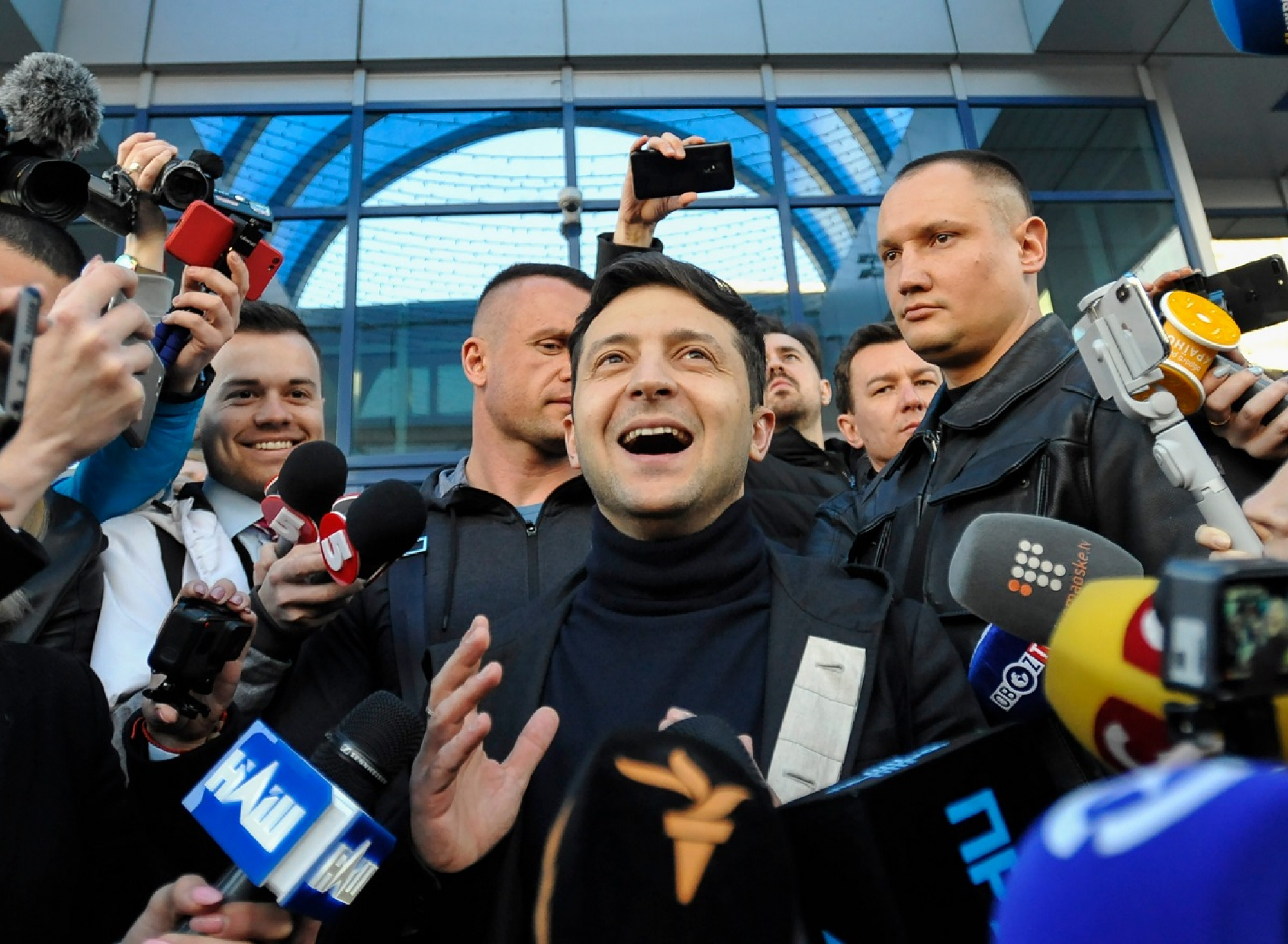 The Ukrainian snap parliamentary election re-confirmed Zelensky’s immense popularity. Not only did his party “Servant of the People” get over 40% of the votes (more than 30% in the 1st round of the presidential election in March), but candidates from his party win the majority of single-mandate constituencies. 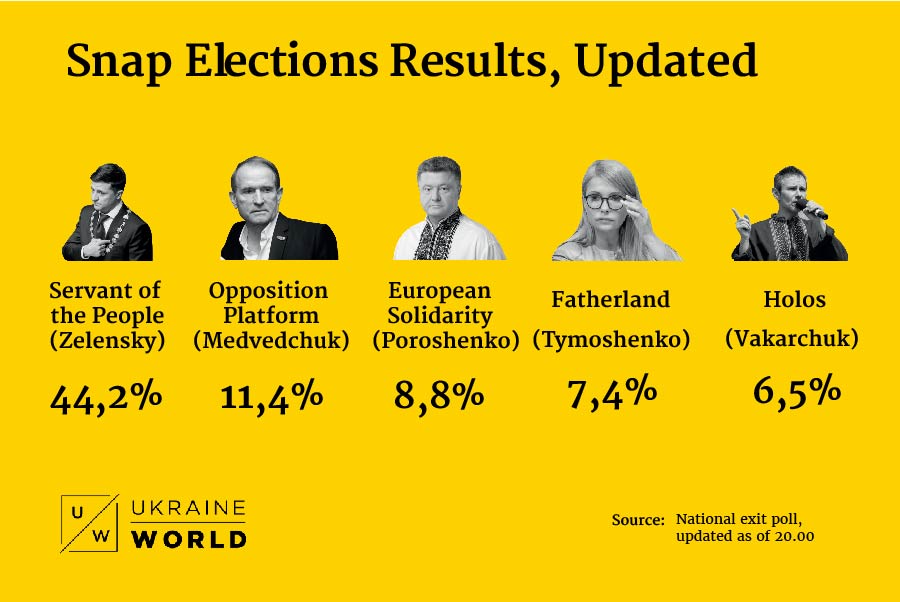 Zelensky is everywhere, and he even succeeded in increasing his popularity since he became president. 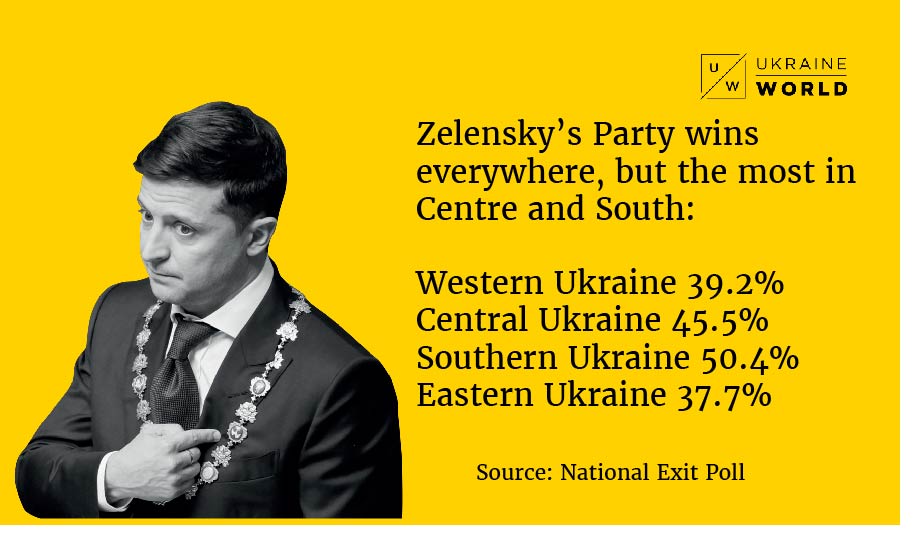 2. Zelensky can accumulate huge power in his hands

Although the results of the election in the party lists did not give “Servant of the People” over 50%, its landslide win of single-mandate constituencies (where individual candidates compete, and “the winner takes it all”) create grounds for even more impressive representation in Parliament. The results of voting in single-mandate constituencies form half of the Ukrainian Parliament (the other half formed by competition between the parties). This explains why 42% of the voting for party lists can translate into over 50% in absolute number of seats, which Servant of the People has taken. 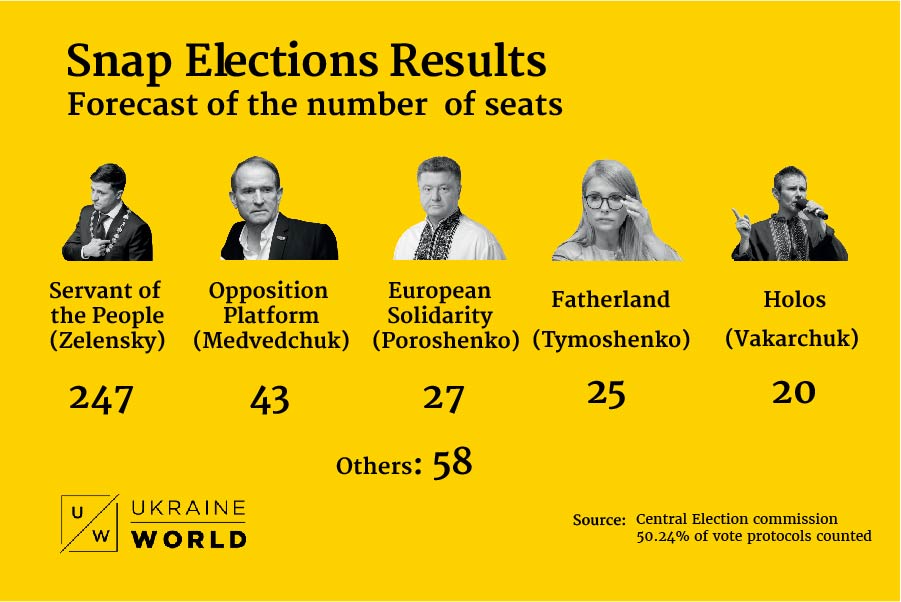 Having both the presidential post and a majority in Parliament, Zelensky can concentrate all power in his hands, which is unprecedented in the history of independent Ukraine, which has always tended towards political pluralism.

Having both presidential post and majority in Parliament, Zelensky can concentrate all power in his hands

3. “Servant of the People” can take full control of Parliament

Not only do Zelensky’s convincing figures give grounds to believe that he will be able to take full control over Parliament. The very nature and logic of his campaign was such that he will have enormous political influence over members of his party. New MPs representing “The Servant of the People” in Parliament owe their parliamentary mandates to Zelensky alone and his personal popularity. In many cases they are unknowns who didn’t have political careers earlier, and whose only asset is their link to Zelensky’s political force. It’s a big question as to whether they will be allowed to dissent from the “main line”.

5 years after Euromaidan, the election of 2019 shows that parties which formed themselves under the inspiration of the Revolution of Dignity, have experienced a dramatic loss. Arseniy Yatseniuk’s “People’s Front” did not even participate in the election, because of its low ratings. Petro Poroshenko’s “European Solidarity” gets just above 8%, down from 15% of votes for Poroshenko in the 1st round of the presidential election in March, and from 24% in the 2nd round; down also from 21.82% in the parliamentary election of 2014. Andriy Sadovyi’s Samopomich got only 0.69% (down from almost 11% in 2014), and Prime Minister Volodymyr Groysman’s Ukrainian Strategy received only 2.17%: neither of them will be in Parliament.

Although parties which came to Ukrainian politics on the wave of Euromaidan became dramatically unpopular, Ukraine’s pro-Western orientation can continue. At least, the rhetoric of Zelensky and his team suggests that there will be no political U-turn. They insist that the pro-EU vector will continue, and that Russia is an aggressor country.

Zelensky and his team insist that the pro-EU vector will continue, and that Russia is an aggressor country

Zelensky’s first foreign visits as president were to European capitals: Brussels, Paris and Berlin. However, given the turbulence of Ukrainian politics and of the geopolitical situation around Ukraine, risks possible geopolitical change, or a sort of “compromise” between pro-Western and pro-Russian vectors, are also present.

Zelensky’s landslide victory in both presidential and parliamentary elections shows how, in today’s Ukraine, entertainment merges with politics. Our big data analysis of Ukrainian segments of social networks (Facebook, Instagram and VK) showed that Zelensky massively dominated on Instagram: he and his party had 10 times (!) more likes, video views and comments than the closest competitors.

Zelensky massively dominated on Instagram, having 10 times more likes and views than the closest competitors.

On Instagram Zelensky ensured massive “migration” of the entertainment audience of his comedy studio, Kvartal 95, to his political campaign. This can be a new trend of how social networks and entertainment industry are forming political discourses.

Zelensky ensured massive “migration” of the entertainment audience of his comedy studio, Kvartal 95, to his political campaign

During the presidential election I described this trend as Zelensky’s “populism 2.0”, when the major attraction for his voters was not his programme, but he himself as a personality, as an image, and as a “look”. The parliamentary election only confirmed this trend.

Victor Medvedchuk, Putin’s best friend in Ukraine, showed relatively strong results with his party “Opposition Platform – For Life” taking around 13%. This result is a bit better than that of Yuriy Boyko, one of the party’s leaders, during the presidential election (11.67%). Medvedchuk’s party is the most pro-Russian in the Ukrainian political context, and its relative success can show that the pro-Russian discourse can slowly regain its positions in Ukraine.

The success enjoyed by Medvedchuk can be explained by his active media expansion: his allies own the popular channels 112, NewsOne and Zik, all of which provide a non-stop flow of “news-and-talk” coverage often in line with Mevdevchuk’s political interests. Given his media presence, the popularity of his party can even grow in the future. Now, however, he has declared that his party will stay in opposition.

Zelensky seems to be a game-changer also in terms of generation change. After Euromaidan generation change only began to slowly influence Ukrainian politics; but now this trend seems to have become dominant. UkraineWorld will research the average age of new MPs after we have the final results, but intuitively I can say even now that many of them will be in their 20s, 30s or early 40s.

Ukraine’s political generation change: many of the new MPs will be in their 20s, 30s or early 40s

9. Zelensky’s and Vakarchuk’s parties are the only “new” factions in Parliament

Despite the thirst for new political forces, Zelensky’s “Servant of the People” and Vakarchuk’s “Holos” are the only new parties to enter the Ukrainian Parliament. Medvedchuk and his key allies are veterans of Ukrainian politics; the Poroshenko list includes quite a number of people who were with him in the past 5 years; and Tymoshenko’s “Batkivshchyna” seems to have enjoyed more or less stable, though modest, popularity for years.

Despite much talk of a nationalist threat in Ukraine, they again showed poor electoral results. The Nationalist party Svoboda tried to unite various other nationalist forces, including Andriy Biletskyi (National Corps / Azov Regiment) and Dmytro Yarosh (Right Sector) and present “unified” nationalist forces. Despite this, they seem to only have got just over 2% and so failed to enter Parliament. 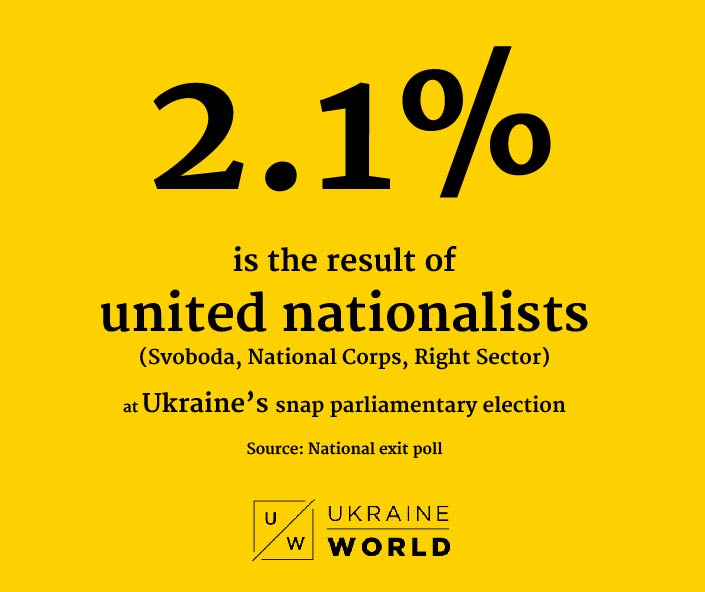 July 16 marks 30 years since Ukraine adopted the Declaration of State Sovereignty. In our new video, Volodymyr Yermolenko explains how this document was adopted...
Opinions
August 18, 2020