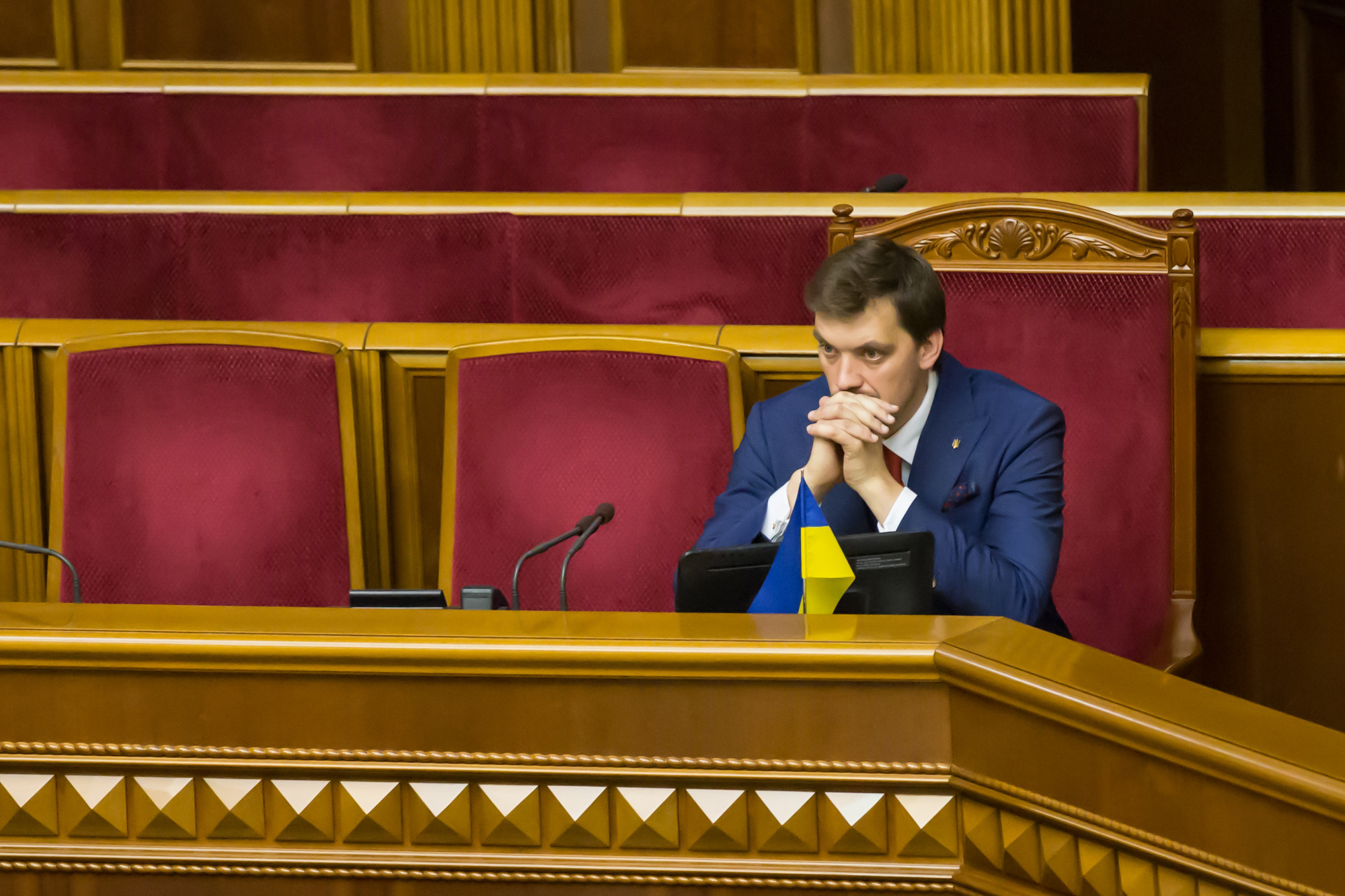 Honcharuk's resignation letter was submitted on January 17 after leaks allegedly from his discussions with other members of the government were published on Youtube on January 15.

In these discussions, Honcharuk, jointly with another Cabinet members, is allegedly discussing the situation in the Ukrainian economy. He, in particular, uses ironic characteristics both of President Zelensky and of his own competence in the economic field.

The publication of the leaks provoked furious reactions from those political actors who want Honcharuk's government to fall. The prime minister and the cabinet were blamed for worsening the state of the Ukrainian economy, for being "puppets" of the Western influences, in particular those of George Soros, and for not being loyal to President Zelensky.

Although the leaks themselves, irrespective of whether they are genuine or not, did not contain any statements which would deserve a national scandal, Honcharuk and his government found themselves under fire. Initially Honcharuk said he would not surrender under this pressure, but this morning he unexpectedly announced his resignation. Later tonight president Zelensky said he would not approve his resignation but would give the Cabinet a chance.

In this context, many questions remained. It is within parliament's competence to consider the resignation of the prime minister or government, so why did Honcharuk address the president, and not parliament? Does this resignation attempt mean that pro-Western forces, represented by Honcharuk and ministers close to him, are losing the battle for influence over Zelensky to other agents of influence? Or was this only a game, aimed at making Zelensky endorse Honcharuk amid this scandal and, therefore, even strengthen his position?

Even before Zelensky decision became known, many Ukrainian media outlets reported that Honcharuk's real resignation was highly unlikely. This resignation should have been supported by the Ukrainian Parliament, but even the Servant of the People faction did not have a majority to send Honcharuk's cabinet down. After Zelensky's decision not to support Honcharuk's letter of resignation, his government left this crisis stronger than before.

However, the very fact that Honcharuk's cabinet has been under fire, is highly worrying. There are several poles of influence interested in the failure of this pro-European cabinet. Telegram channels close to magnate Ihor Kolomoysky and those close to pro-Russian influences, despite waging war against each other, have been jointly targeting Honcharuk's government. In these channels, this government is presented as the "forces of Soros", the so-called sorosiata, a generic name to coin pro-European forces and pro-Western forces in Ukrainian politics.

Even though Honcharuk remained prime minister now, this anti-European pressure will not disappear. And if this war proves to be successful, a huge question mark could appear over the pace of Ukrainian pro-European reforms.

Read a new issue of bi-weekly newsletter with monitoring of Russian activities and influence in Belarus to know more.
VIDEO
November 20, 2020

Donbas is an integral part of a shared Ukrainian and European heritage. In our new video produced together with the Ukrainian Institute, we explain why.