July 16, 2019
PROвибір (provybir.in.ua) and other electronic instruments are helping Ukrainians to distinguish parties according to their political, socio-economic and cultural agendas 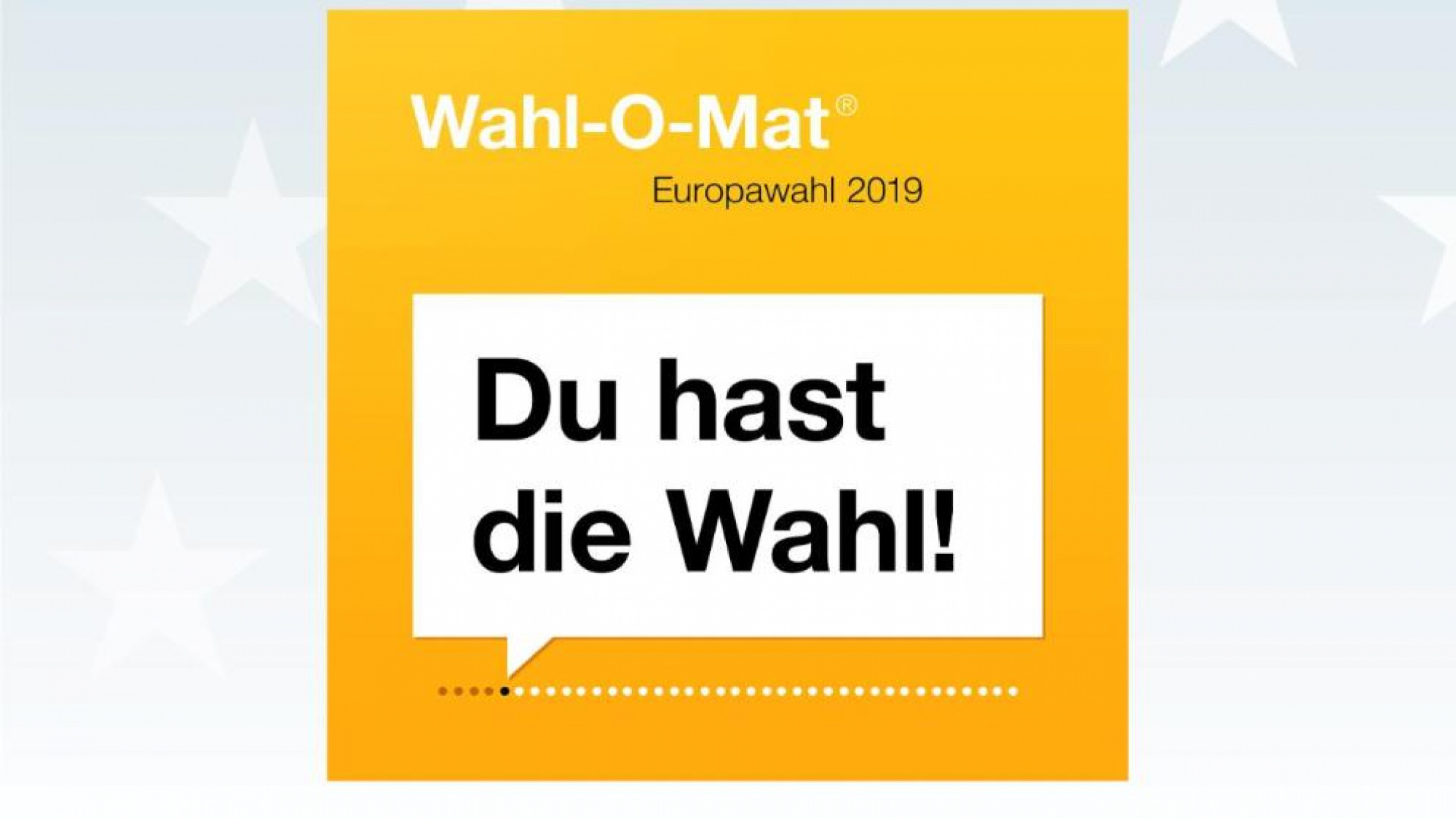 Which party to vote for in an election? In Ukraine, like in countries around the world, people are making their political decisions based on a range of factors from emotional attraction to rational calculation. In the older democracies of the 19^th^ and 20^th^ centuries, electoral choices were often predetermined by voters' social milieus, patronage networks and family traditions. Citizens' belonging to particular groups with circumscribed regional, confessional, ethnic or other identities led, during most though not all of the time, to more or less stable political choices. However, during the last quarter of a century, national party systems have been changing ever more deeply not only in transition countries, but also in well-established democracies. Sometimes, they have broken down altogether. In Italy, for instance, almost all of the parties that dominated Italian politics during the first four post-war decades have disappeared from national-level contests by today.

With ever deeper transformation of many European democracies' party landscapes, decades-old voting behavior becomes questioned, shaken or even impossible. This is especially true of the post-communist countries that came out of one-party systems, and introduced political pluralism in the 1990s. Since gaining independence in 1991, Ukraine has experienced a particularly mind-boggling up and down of supposedly political parties. Numerous such groups -- sometimes with familiar sounding epithets like "social-democratic party" -- were prominent in one election, yet totally disappeared in the next electoral cycle. With waning certainty of what is right and left, the volatility of party systems and voting behavior is today not only high in Eastern, but also in Western Europe.

This is one of the reasons for the rise of popularity of electronic voting advice applications (VAAs) in many democracies during the last two decades. Such easy-to-use computer programs and smartphone applications help voters to quickly get an idea which parties' positions may be closest to their own preferences, views and ideologies. The first such non-electronic, paper-and-pencil instrument called StemWijzer ("vote match") was introduced in The Netherlands as early as 1989. After switching to an electronic format in 1998, the StemWijzer became the proto-type for similar internet tools in many European countries.

Across the EU, computerized VAAs are today eagerly played by voters during the last weeks before regional, national and European elections. Since its creation in 2002, the most popular German VAA Wahl-O-Mat ("automated choice"), with its uniformly 38 succinct statements, has been used more than 80 million times by German voters. A modified Euro-Wahl-O-Mat for the spring 2019 elections to the European Parliament was particularly popular all over Germany, became the subject of court hearing initiated by a small European party, and has gained high attention in mass media. Similar VAAs were running in parallel in most other member countries of the EU in the wake of the spring 2019 all-European elections.

VAAs like the German Wahl-O-Mat contain more or less simple questionnaires covering salient political, social and cultural issues of a certain region or country -- or of the entire EU. Typically, VAAs summarize in circa 20 to 40 statements or questions those topical themes that are the most controversial between major parties competing in an upcoming election. Citizens are asked to indicate their positive, negative or neutral opinion regarding concisely formulated and somewhat simplified policy proposals. At the end of the game, the computer program compares the summarized results of the voters' answers to the positions that political parties have indicated in their pre-electoral public statements or in direct communication with the VAA organizers. Typically, the user then sees a list of parties ranked according to the percentage with which her or his preferences coincide with the agendas of the major political forces competing in the upcoming election.

The general purpose of these games is to redirect voters' attention away from political parties' prominent leaders, popular images and campaign material to the competitors' political programs, policy proposals and world views. VAAs aim to attract citizens to take deeper interest in the choices the make during elections. VAAs are designed involve them into deliberation of substantive political issues rather than superficial aspects of this or that party.

Ideally, a VAA triggers broader political interest of its user, and motivates her or him to further research party programs. Tools like the Dutch StemWijzer or German Wahl-O-Mat were initially created with the particular aim to attract young people to pay attention to, discuss about, and participate in, elections. They were set up to help especially less informed citizens to orient themselves within the changing landscapes of competing political agendas before a regional, national or European poll.

Earlier this year, the first widely used Ukrainian voting advice application modelled on the Dutch StemWijzer was introduced -- the computerized questionnaire IVote developed by the Institute for Political Information (IPI) in Odesa. The first IVote program was formulated specifically for the spring 2019 presidential electoral campaign, and compared the political agendas of the various candidates for the President of Ukraine. With only little competition from one less popular instrument, IVote was played around 120,000 times, by Ukrainian users, during the weeks before the two rounds of the presidential poll -- a considerable success for such a novel project in Ukraine.

In the wake of the upcoming parliamentary elections on 21 July, voting advice applications have gained popularity in Ukraine. As of now, at least four major voting advice applications are offering, to Ukrainian voters, their more or less succinct analyses of the political agendas of the main competing parties. Today, the Odesa IPI's IVote competes with partially similar WWW instruments developed by Kyiv's Committee of Voters (CVU), NGO "CentreUA" and weekly journal Fokus. While IVote poses 16 questions to its users, the instruments of the CVU, CentreUA and Fokus confront Ukrainian voters with respectively 30, 30 and 36 declarations. The parties' different positions on these statements -- whose proposals range from future NATO membership to health care reform -- distinguish Ukraine's competing political forces from each other.

The CVU's PROвибір ("pro-/about your choice") internet game is a particularly sophisticated tool that follows the elaborate methodology of the German Wahl-O-Mat which tries to combine user simplicity with analytical depth and societal relevance. The 30 statements of PROвибір have been developed not only on the basis of specialists' analyses of various policy proposal that parties supply during the electoral campaign. The statements were also formulated with the current Ukrainian political market's "demand side" in mind.

A special inter-active two-day workshop brought together a heterogeneous group of young voters from across Ukraine with a team of experienced political, economic and legal experts from Kyiv think tanks and universities. Voters of an age below 30 were asked to search, formulate and select, with the help of experts, originally 68 brief statements developed in a cascade of small group work sessions and collective review debates. After the workshop, the CVU sent the 68 statements to the offices of the main Ukrainian parties, and asked them to take a positive, negative and neutral position on each of them as well as to return their answer sheets to the CVU within a week.

At the point, PROвибір's development departed from the typical procedure of the creation of the German Wahl-O-Mat questionnaire. Only four Ukrainian parties answered to all or, at least, a part of the questions. As a result, the CVU's experts had to search for positions on the 68 statements in the documents and leaders' speeches of the parties. The provided answers and expert analyses revealed that 30 of the initially 68 statements were controversial enough between Ukraine's major parties to be included in PROвибір. The game went online on 3 July 2019, and has been since accessible under the address PROvybir.in.UA. Ten days later, the questionnaire had been answered 52,000 times.

The number of users of Ukrainian VAAs is, until now, far below today's large amounts of players of similar and already well-established EU applications. This concerns above all the Dutch StemWijzer and German Wahl-O-Mat which are now being used by millions of voters before national and European elections. However, the current popularity of IVote or PROвибір in Ukraine already exceeds the initial national acceptance of most other European VAAs when they were first introduced in various EU member states. This indicates that voting advice applications may -- especially, if they will be also utilized for regional and municipal elections -- soon became as widely used in Ukraine as in many Western countries.

Andreas Umland
is a Nonresident Fellow of the Institute of International Relations at Prague, Principal Researcher at the Institute for Euro-Atlantic Cooperation in Kyiv, Adjunct Lecturer at the University of Jena, as well as General Editor of the ibidem Press book series “Soviet and Post-Soviet Politics and Society” and “Ukrainian Voices.”
Next article

An anti-empire: is it Ukraine’s basic political idea? How can we look at Ukrainian history within the global history, as a struggle between the Republic and Empire?...
Ukraine
April 3, 2019

Comedian Volodymyr Zelenskiy won the 1st round of Ukraine’s presidential election and has a strong chance of winning the run-off on April 21. We analyse what his...