January 21, 2021
Are Russian liberals indeed so liberal that they will ease tensions between Ukraine and Russia? 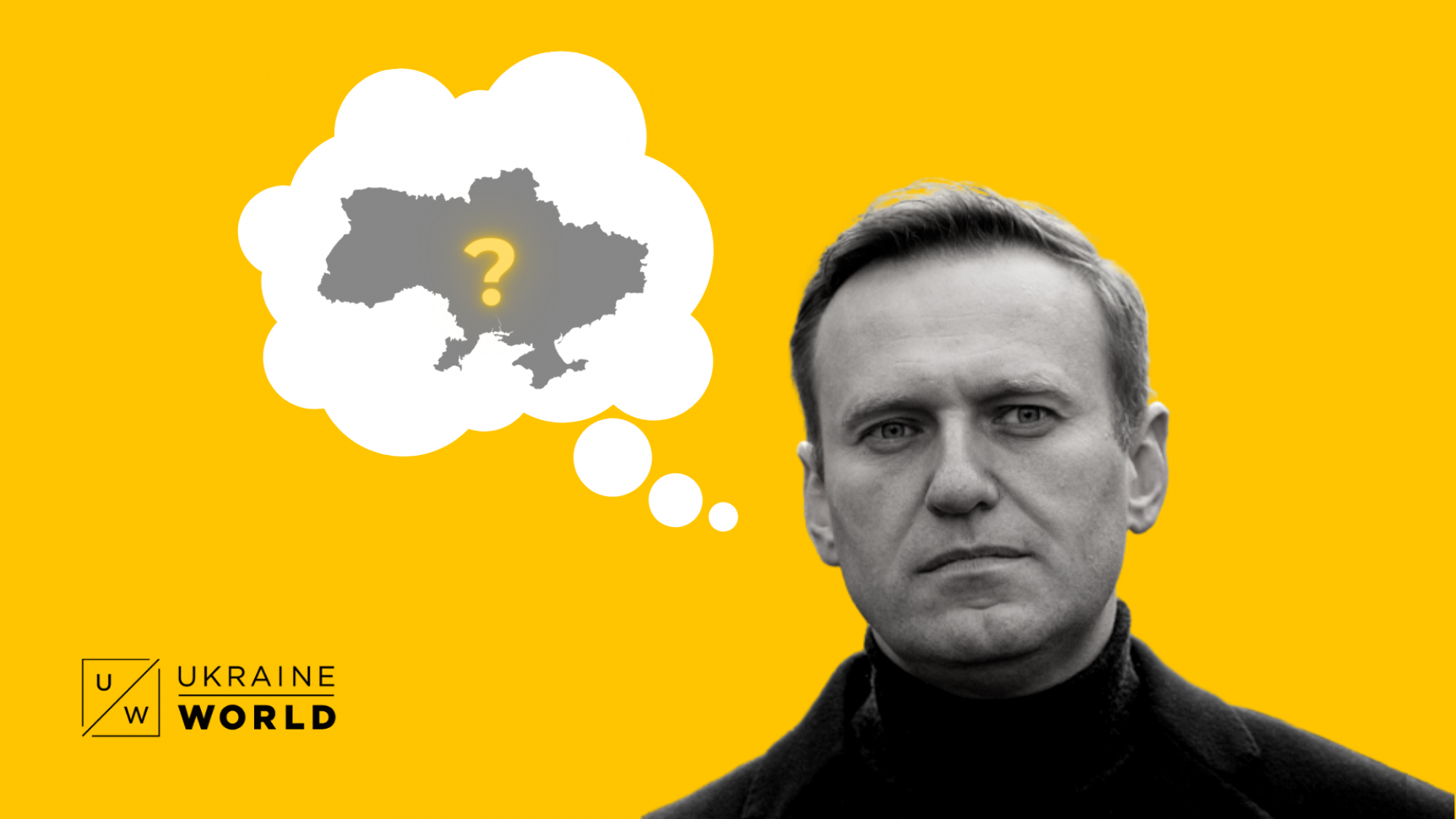 The entire world is following the case of leading Russian oppositionist Aleksey Navalny, who was immediately detained upon his return to Russia after recovering in Germany from an assassination attempt by Russia's state security services. Are Russian liberals indeed so liberal that they will ease tensions between Ukraine and Russia? Let's take a closer look at what Navalny has said about Ukraine.

Is Crimea a "sandwich" to move it back and forth?

Navalny discussed his opinions on Crimea in a 2014 interview with Aleksei Venediktov, editor-in-chief of the relatively independent radio station Ekho Moskvy. Venediktov asked him, "If you were to become president, would you try to return the Crimea to Ukraine?" Navalnyreplied: "Is the Crimea a sandwich or something you can take and give it back? I don't think so". He was subsequently asked about this statement several times later on.

Navalny did not give a clear indication of his views on the rightful control of Crimea at the time. "Crimea belongs to the residents of Crimea. But now Crimea, of course, de facto belongs to Russia", he recalled in 2014.

That interview has gained lots of comments in the Russian opposition.

It also provoked harsh reaction from other commentators around the world: 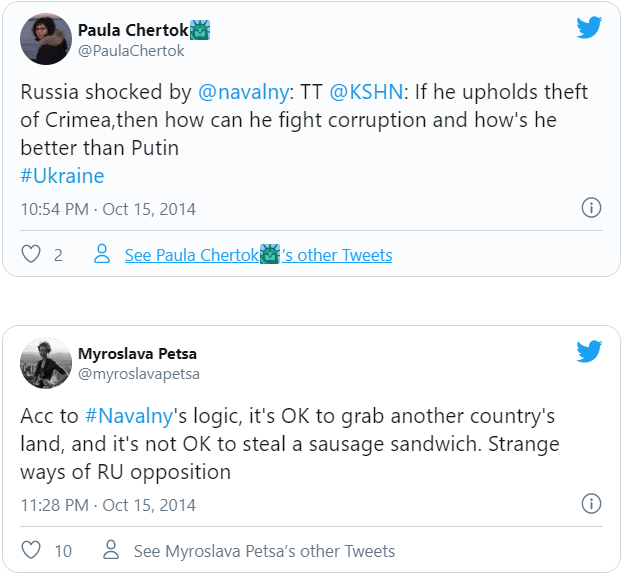 Russia should initiate a second referendum in Crimea.

In an interview with Ksenya Sobchak (another figure nominally opposed to Putin) in 2017, Navalny said that "any Russian president should initiate one more referendum". Navalny emphasises that a direct fair vote in Crimea is necessary to legitimise the outcome of the first referendum on March 16, 2014. He believes that the Crimean peninsula will keep its "non-recognised" status, but he still argues for another fair vote.

At the same time, he does not believe that Crimea will return to Ukraine's control in the foreseeable future.

There are Russian armed forces in Donbas.

Despite his lack of a clear position on Crimea and Donbas, he hopes that Ukraine-Russia relations could be normalised in the future. According to Navalny, Putin's major crime against Russia's future is that 40 million Ukrainians are hostile to Russia. They will treat Russians as enemies for many years to come.

In the same interview, Navalny acknowledged the presence of Russian armed forces in Donbas. He also emphasised that he would like to implement the Russian part of the Minsk agreements and urged Ukraine to do so.

Putin has turned Ukraine into a hostile country, and it's a crime against Russia.

In an interview with Bloomberg in 2017, Navalny said that the Donbas issue could be solved by "just implementing the Minsk agreements".

It is critical to Putin's entourage that Ukraine become a failed state.

In an interview with the Associated Press, Navalny argued that Putin's intervention in Ukraine had nothing to do with promoting or reestablishing "a Russian Empire". Instead, the Russian president and his entourage were driven by their desire to stay in power.

"The success of Ukraine is fatal to them. It's critically important for them that Ukraine become a failed state", he remarked just a couple of months after the Crimean annexation and the start of the war in Donbas.

Sanctions will be lifted when Russia stops the shooting in Donbas.

Navalny says that the most painful Western sanctions against Russia are tied to the war in Donbas."As soon as Russia takes real steps to prevent shots from being fired in Donbas, this part of the sanctions will be lifted", he told Der Spiegel in April 2017.

In a 2017 interview with HARDtalk on BBC, Navalny admitted that Crimea was annexed illegally. "But there is no easy solution to the issue of Crimea. It may remain unresolved for decades", he speculated.

So, as we see, Navalny's approach towards the Russia-Ukraine agenda is still unclear in many ways. While criticising Putin's regime mainly over domestic issues, there is a little reliable indication that he would dramatically alter Russia's policies towards Ukraine, at least regarding Crimea.

A lack of individual or collective agency is a key factor making people vulnerable to conspiratorial anti-Western propaganda in Ukraine, according to our study.
VIDEO
December 23, 2022

Russia is constantly threatening the world with nuclear weapons. Should we be afraid?