September 1, 2017
When you have a habit to travel to the Carpathian mountains in Western Ukraine, a place of breathtaking natural beauty and tragic human history, this year you will be surprised. Not only by terrific mountains or rivers, but with one human-made thing: the road. 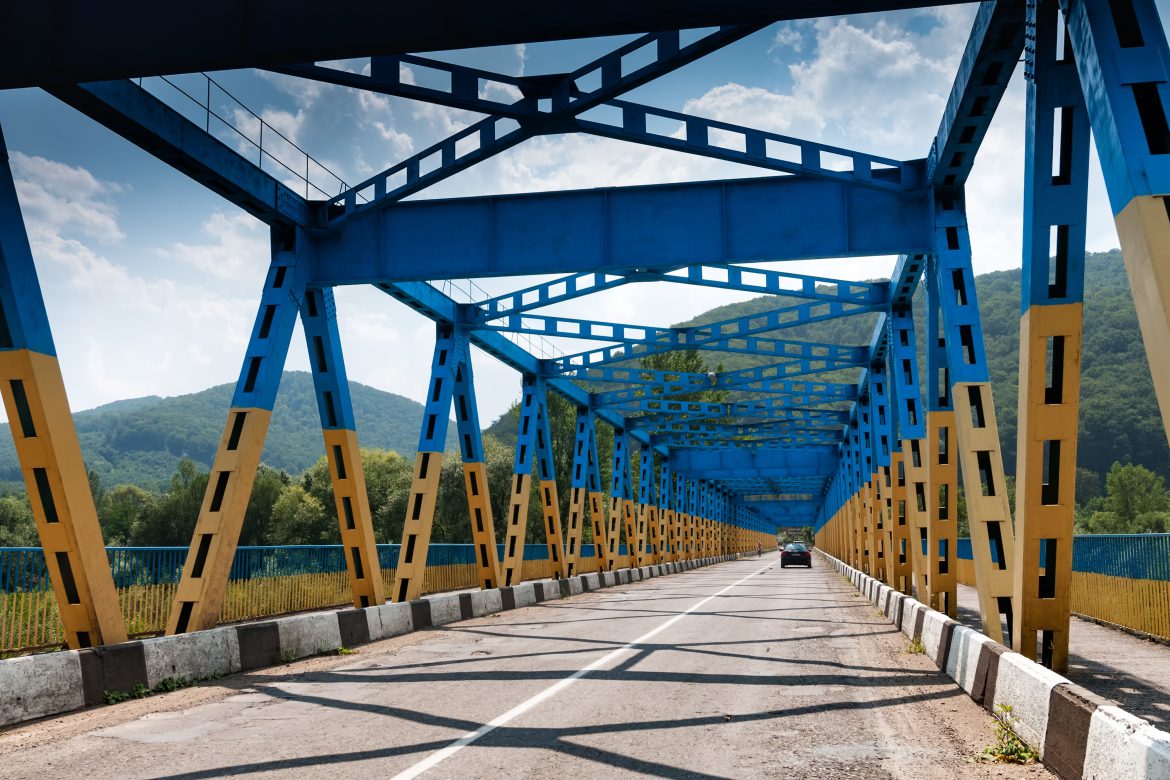 A new road has been built a couple of months ago from Ivano-Frankivsk to Vorokhta passing through the key tourist places (Yaremche, for example). It is comfortable and smooth, «just like elsewhere in Europe», as a local driver told us.

It is a breakthrough for this place: in post-Soviet Ukraine road-building has been an arena for corruption. Public funds earmarked for a road repair would have been stolen, the road would survive with cracks and holes for one year or two, after which new funds would be spent, and stolen again.

But now times are changing.

This particular road is one of the many constructed or duly repaired across Ukraine. Part of this progress in infrastructure is due to the so-called «decentralization», one of the most important Ukrainian reforms taking place today. Earlier a highly centralized country where bulk of money earned in the regions would go to Kyiv, Ukraine is now turning to a country where much more funds and capacity stays in local communities. Own revenues of local budgets increased by 42 % in 2015 and by 49.3 % in 2016; thanks to own earnings and state subsidies, local communities almost tripled their funds since 2014.

Bilokurakinska community in Luhansk oblast, 20 km from the war frontline in Eastern Ukraine, was among the first to take the path, and is now able, for example, to buy new medical equipment for its dwellers. Snitkiv, a small village in Vinnytsia region, employs its inhabitants in organic small fruit production. Vesele, a small community near Zaporizzhia, is turning into a powerful agricultural hub, producing wheat, meat, and dairy. Kutsurubska community near Mykolaiv opened its first dentist cabinet for its inhabitants and invested into a wind farm. Dozens of other communities now have own funds to repair kindergartens, solve problems with water supply and attract tourists.

With more decentralization and less corruption, Ukraine has a better chance to rebuild its economy. Dependent on Russia markets by 30-40% in earlier years, it was facing a dramatic challenge when Kremlin closed its markets for Ukrainian goods, mostly agriculture, in 2014-2015. This trade war, together with Crimea annexation and Russian military support for separatists in the Eastern Ukraine has been Moscow’s “punishment” for Ukraine’s ambition to construct a more European society.

Three years after dramatic events of 2014, the national economy shows first signs of re-orientation to Western and global markets. The country is still famous for its agricultural and steel exports, but its high-technology sectors develop too: IT industry is second after agriculture, with Ukrainian firms from Lviv or Kharkiv IT clusters working on software for numerous clients in Europe and US.

Decentralization and economic re-orientation are both linked to the EU-Ukraine Association Agreement, finally fully in force since September 1st. Decentralization is proceeding in the spirit of «subsidiarity» evoked in the EU-Ukraine deal. Thanks to EU-Ukraine free trade area, the agreement’s essential part, Ukrainian businesses have easier access to EU markets, adopt EU safety standards and find EU investors and partners.

This does not mean that all things go well in Ukraine. Reforms in some of the key sectors are very slow: judiciary remains still unreformed, political class is still very corrupt, ordinary people suffer from impoverishment. Most importantly, Ukraine is still under military attack from pro-Russian and Russian forces in the East, which already took over 10,000 lives since 2014; people keep on dying on the frontline every week.

But despite these tragedies the country takes first important steps to modernization and free society – in a regional setting of Eastern Europe where the top trend seems to be the opposite.

The EU-Ukraine Association Agreement, probably the most dramatic EU deal with a non-EU country in the whole EU history (its non-signature in 2013 provoked Euromaidan protests which sparked Russia’s military «punishment») has become highly symbolic in the past 4 years.

A difficult bureaucratic text has become a genuine catalyst of changes. It is like a stone thrown into the water, which produces concentric circles of progress. It helps create that spirit of freedom, grassroots initiative and responsibility which is able to change the country for better. And it is changing, slower than we would have wished, but faster than ever before.

The article was initially published by Le Monde. It was prepared within UkraineWorld, a networking initiative

US “seriously considers” lethal weapons for Ukraine. Will it happen this time?

Setting out an agenda to deal with human rights abuses and prosecute perpetrators of crimes committed during the war in Ukraine is a complex but crucial challenge...
PODCAST
June 10, 2019