February 27, 2018
Canada assumed the G7 presidency on January 1, 2018, and this platform offers a valuable opportunity to inject some new energy into the international response to Russia's annexation of Crimea and aggression in eastern Ukraine. 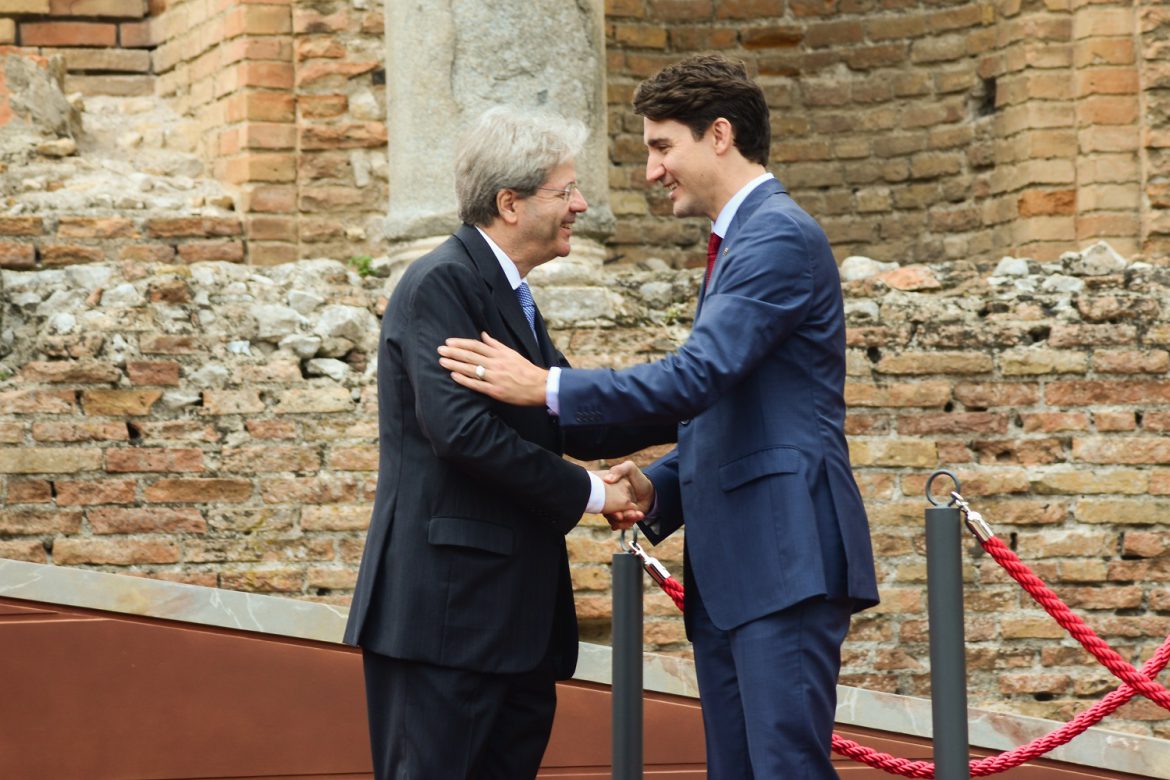 Under Canada's leadership, the G7 can spotlight human rights violations in both annexed Crimea and the occupied Donbas.

Canada is a good candidate to lead the process, with approximately 1.3 million Canadians—or 3.6 percent of the population—claiming Ukrainian ancestry. Indeed, Canada's Foreign Minister Chrystia Freeland is herself Ukrainian-Canadian and an outspoken critic of Vladimir Putin.

Human rights abuses in Crimea and the Donbas remain underreported in both the international media and global discussions. Since 2014, more than sixty Ukrainian citizens have been held captive in Russia as political prisoners, mostly on fabricated accusations. Some of their cases are known—Oleh Sentsov, for example—but many are not. A substantial number of these prisoners are Crimean Tatars who refused to accept Russia's illegal annexation of the peninsula or are persecuted for their religious affiliation as Muslims. (The Russian authorities falsely claim that some Crimean Tatars are members of the controversial organization Hizb-ut Tahrir which has been accused of violence.)

In eastern Ukraine, where Russia began to wage war in the spring of 2014 and the conflict is still ongoing, the situation is dramatic. More than 300 prisoners of war were exchanged in late 2017 (73 were released by the Russian side and about 260 were released by the Ukrainian government), but hundreds more are still detained. The lives of people in the occupied territories, in the grey zone close to the demarcation line, of Ukraine's 1.7 million internally displaced persons, of pensioners or those in need of medical treatment are often full of sorrow and pain, and they too deserve greater international attention.

The situation in eastern Ukraine has two institutional frameworks for diplomatic negotiations, the so-called Normandy Format and the Minsk agreements, involving Ukraine, Germany, France, and Russia. The parties discuss security issues, a future political settlement, and also human rights. It is far from sufficient but at least it exists.

However, there is no similar international framework for Crimea. No international forum has been launched to advocate for Crimea's return to Ukraine or to raise the issues of human rights abuses and political prisoners.

According to the UN Human Rights Office, the human rights situation in Crimea has significantly deteriorated under the Russian occupation with "multiple and grave violations" committed by Russian state agents. The Crimean Tatars, Ukrainians, and other nationalities there live under constant pressure. Since Russia annexed Crimea, it has introduced a number of laws governing freedom of assembly, religion, and conscience that are far less democratic than those which Ukraine had in place.

Under Canada's G7 leadership, it should set up the "Ottawa Initiative" to collect and corroborate evidence of human rights violations in the occupied Crimea and the Donbas; to collect international reactions; to establish a working dialogue with the Russian authorities to avoid any dramatic worsening of the situation and to find possible solutions in concrete cases; and to pressure the Russian government to allow international human rights organizations to return to the Donbas and Crimea, including those that have been previously expelled.

The initiative should include a regular meeting with the G7 Ambassadors, representatives from the European Union, and NATO in Ottawa. The initiative should receive a report on the state of human rights in the occupied Crimea and the Donbas and to discuss possible actions to be taken nationally or internationally. The reports can be prepared by designated representatives of the governments of Canada and Ukraine, and international organizations. The meetings can include representatives from international human rights organizations and civil society. The outcomes of the meetings should be widely publicized and held at least twice a year.

It is worth remembering that the abuses triggered by Russia's annexation of Crimea and its aggression in the Donbas have not only geopolitical but also social and human aspects which are likely to last for many years or even decades to come.

It is vital that the international community keeps a close eye on them, and doesn't let up on Moscow.

Danylo Lubkivskyi and Volodymyr Yermolenko
A former deputy foreign minister of Ukraine; a journalist at Internews Ukraine and UkraineWorld
Next article

Since 90-s Russia has played a key role in numerous frozen conflicts which have been taking place in the post-Soviet countries. Namely, conflicts in Transnistria,...
PODCAST
February 26, 2020