Ukrainian History: New Ways to Look at It

Crimea: a Fresh View on its Past and Present. A Podcast with Rory Finnin

February 22, 2022
The following is a shortened version of a conversation between Rory Finnin and Volodymyr Yermolenko. 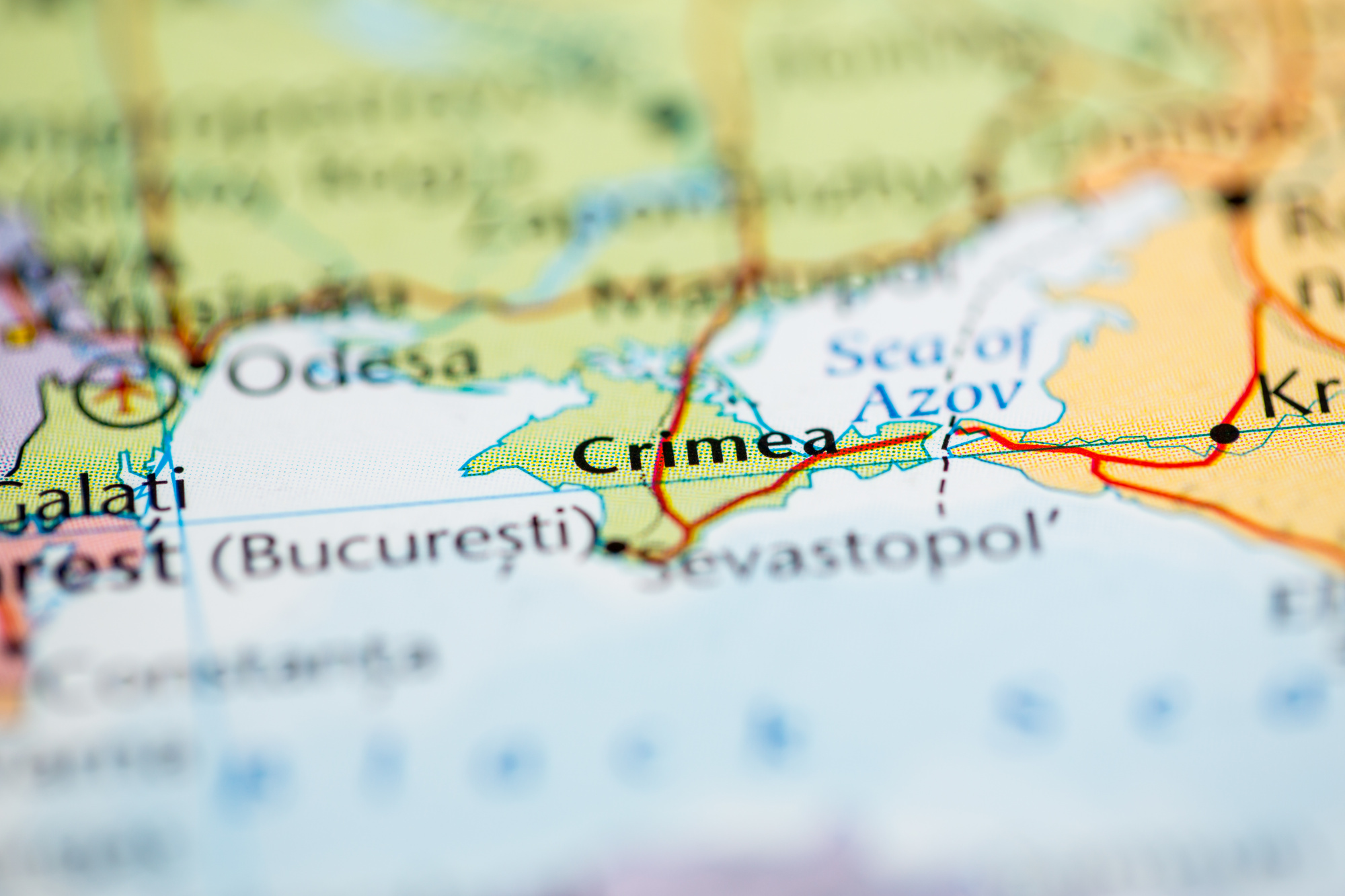 A short text version of a podcast conversation between Rory Finnin, Director of the Ukrainian Studies Programme at the University of Cambridge, and Volodymyr Yermolenko, Ukrainian philosopher, analytics director at Internews Ukraine, associate professor at Kyiv-Mohyla Academy and chief editor of UkraineWorld.org. The conversation is around Finnin’s new book Blood of Others: Stalin’s Crimea Atrocity and the Poetics of Solidarity

You can listen to the podcast here:

UkraineWorld · Ep. № 61 - Crimea: a fresh view on its past and present - with Rory Finnin

Solidarity despite the Risk

What comes out of experiences in Ukrainian, Turkish, and Russian language literature are those passages expressing mutual identification and solidarity with the Crimean Tatars, particularly given their dispossession in 1944 by Stalin. What are these literary texts trying to do out in the real world? Why not write an open letter or petition instead of stories with implicit hidden references? This happens later in Soviet samizdat/samvydav culture [Russian and Ukrainian term respectively for dissident reproduction of censored publications - Ed.] but first, these are literary texts – works of literature and culture that take risks. People who don't have a connection with the Crimean Tatars – may not have even met some of them – but nonetheless take on board a risk of circulating texts that expressed a connection with them.

the topic of settler colonialism was never really in focus in the context of Crimea.

That is a project by which the empire displaces and replaces the native population. We have tens of thousands of Soviet citizens coming and taking Crimean Tatar homes being given by the state. This complete displacement and then replacement of the Crimean Tatar population has left a deep scar that was never really acknowledged. This history of colonisation was never really taken in a serious sense. There were no talks about issues of truth and reconciliation commissions, electoral quotas, reparations – none of these things entered the discourse in any meaningful way. And they were needed to call attention to this deep colonial history that has affected everyone. That same process of settler colonialism occurred at certain moments in mainland Ukrainian lands too. For instance, when Ukrainian farmers were invited to go to Zeleny Klyn [also “Green Ukraine”, the territory of over 1,000,000 km2 in the Far East where Ukrainian settlements were established - Ed.] and their homes were replaced by Russian settlers in the late 19th century. The Russian colonisation of places like Crimea and the Caucasus among others fits well on the Saidian framework – framework of scholars who focus on imperial expansion, orientalism.

The story of Russian colonial and imperial expansion has been unfortunately inflicted by western historians who reduced the story of expansion to a series of annexations.

A bright example is the destruction of the Zaporozhian Sich [semi-autonomous polity of Ukrainian Cossacks - Ed.] – razing of this important strategic stronghold. The conquest was military, it was then followed by political annexation and absorption. Often in western historical treatments, the first step is completely effaced from the equation and the focus is instead on the moments of annexation where the empire seems to just be expanding because native populations along the periphery want it to be so – that's completely inaccurate. The same problem is with Crimean Tatars. We reflect upon the demise of the Crimean Tatar Khanate and its annexation to the Russian empire as a peaceful annexation after capitulation from the Crimean Tatar merchant class. In reality, it was the back end of five to six invasions from the Russian Empire. The story of Russian colonialism has been obscured because of the land empire element. That is, most of the time in the western imagination when you're thinking about a colony, you’re thinking about a place that is separated from the imperial centre by an ocean or sea. Because of this, we're missing a lot of projects of political and cultural colonisation.

On Anxieties of Possession and Discursive Cleansing

One can read the deportation in 1944 as Stalin's attempt to finally exercise the so-called anxiety of possession of the Crimean Peninsula that really began in the 18th century. When Catherine II arrives there in 1787, she fashions her entire experience through the prism of Crimean Tatar culture. The paradox is that for the Russian empire to negate and destroy effectively Crimean Tatar culture, they first had to establish that it was there at the start. This created anxiety of possession for the imperial metropole: that initial bond established between the place of Crimea and the inheritance of the Crimean Tatars never really goes away. In the 19th century, we see the Crimean Tatars fleeing their homeland due to oppression at the hands of Russian imperial authorities. This displacement is ongoing particularly after the Crimean War when the Crimean Tatars are scapegoated – not the first time – as traitors to the imperial centre. By the time 1944 comes around, we see Stalin thinking ahead to potential military conflict with Turkey over control of the straits [Bosporus and Dardanelles] and therefore expelling indigenous peoples from the periphery of the Soviet Union. These anxieties of possession come back again in 2014 during Russia’s Crimea annexation which had to be accompanied by chauvinistic assertions of “Krym nash” (“Crimea is ours”). If you really belong in a place, you don't need to attest to it all the time. The anxiety of possession gets worse in fact. This attempt to eviscerate and destroy the Crimean Tatar people and to destroy the very idea that they existed in the first place. This can be called “discursive cleansing” when references to their unique toponyms, town names, own history, ruins, cemeteries are destroyed in a violent epistemic attempt to erase an entire people from a very key territory.

Such a step in Russian literature was an elevation of Crimea as a place with a focus on nature – a place that's evacuated of any Crimean Tatar personality. In Turkish literature, it works the other way, where the focus on Crimea becomes a connection between the territory of Crimea and the identity of the Crimean Tatars who are seen as Turkic people and a vessel for a broader Turkic identity with pretensions not only into the Black Sea but into Central Asia. Today what we're seeing once again in Russian literature is the conventional treatment of Crimea not as a place with an identity that goes beyond the Soviet frame, but rather something that is embracing and celebrating the natural world. Writers like Andrii Kurkov [Ukrainian novelist] call it “souvenir literature”, a way of portraying an entire territory with deep multi-ethnic cultural heritage as a kind of zoo that we visit.

Don't want to reduce Ukrainians and Crimean Tatars here to monoliths – we are talking about very diverse peoples – but one can see a mainstream Crimean Tatar – Ukrainian solidarity. This does not exclude the discourses of mutual antagonism in the past. Particularly in the 16-17th centuries, there were stories of Crimean Tatar slave raids on Ukrainian homes. In Crimean Tatars’ discourse, you have stories of Ukrainians actively participating in the dispossession of the Crimean Tatars in the 19-20th century. What fascinates me is this “defiance of gravity”. How writers decide to focus on the past of cooperation [Ukrainian Cossacks and Crimean Tatars were not only fighting but being in military alliances] to discard the narratives of mutual antagonism. We see writings about Crimea in Ukrainian and conversely, Crimean Tatar writings about Ukraine – remarkable meditations on what does it mean to be at home at a time of chaos and threat when it is taken from you or invaded. Mutual reflection allows them to consider what kind of home is Ukraine, how to fashion Ukraine as a homeland of homelands in the plural? The major transition in this cultural discussion occurred with people like Lesya Ukrainka, Ahatanhel Krymsky or Mykhailo Kotsiubynsky at the turn of the 20th century. These are Ukrainian writers who not only expressed empathy with the Crimean Tatars but began to see their own colonial exploitation through the Crimean Tatar experiences. After 1944 the discourse of alliance was taken in new ways in samvydav [Ukrainian dissidents’ self-published writings] and coloured a lot of the reflections from the Ukrainian writers in the Soviet period. Then we see another layer, another wave in which the annexation of 2014 becomes a prism through which Ukrainians and Crimean Tatars are looking at their own experience. This is not literature about mutual suffering, it's not seeking to assume the mantle of the primary victim. It is again this meditation on what it means to be displaced both culturally and politically and even physically. What does it mean to be displaced when others are as well and how to relate to them? There are a lot of remarkable projects aimed at cultural interaction, meaningful translations, language learning. One of the projects is run by the Crimean House in Kyiv and has an annual competition under the title “Crimean fig” which promotes new writing in Ukrainian and Crimean Tatar language about the experiences of Crimea. The very fact that the Crimean Tatar language is making inroads is encouraging.

In poetry, I gravitate mostly to Hassan Chergiev – a Simferopol based teacher who in 1909 wrote a satirical grotesque work “Listen to what the dead man says”. He didn't publish it with his name and even did this at his own expense. It depicts a man who is brought from the dead and is estranged by the reality of Crimea, horrified by the loss of Crimean Tatars’ culture. Chergiev develops a discourse of shock at what's happened to one's homeland after an absence and eventually, the main character buries himself back in the grave. Another one is called the brightest star of Crimean Tatar prose – Shamil Aladin. As a literary figure, he was well versed in Ukrainian culture and was highly intertextual with it. In the 1930s he writes a poem in Crimean Tatar “Oh great Ukraine” in which he catalogues the victimisation of the Ukrainians in history but focuses not so much on the victimisation but on the relationship of identification. Upon the end of his life, he started a book project “Tughai Bey” about one of the great Crimean Tatar military figures who worked very closely with Bohdan Khmelnytsky, Ukrainian Cossack Hetman who secured an autonomous Cossack polity. In that story, remarkably Aladin fashions Khmelnytsky as a Crimean Tatar speaker (which according to historical sources was not inaccurate) and a Crimean Tatar Khan speaks Ukrainian as well. So, these two figures are attuned to each other’s cultures and are using each other's languages.

Stand With Ukraine! Address to the International Community by Ukrainian Human Rights Defenders

“Finding myself in Kyiv now, I smell blood and diesel from time to time. These triggers will always be there,” says Alina Viatkina, a paramedic for the volunteer...
VIDEO
May 8, 2018