June 18, 2018
Estonians routinely pay their taxes and retrieve medical prescriptions online – but despite its reliance on the Internet for such sensitive electronic transactions, Estonia has not yet being hacked. UkraineWorld expert spoke with Toomas Hendrik Ilves, who was the President of Estonia from 2006 through 2016, about chips, deep fakes, Russian bots, Mogherini, and other topics in digital security. 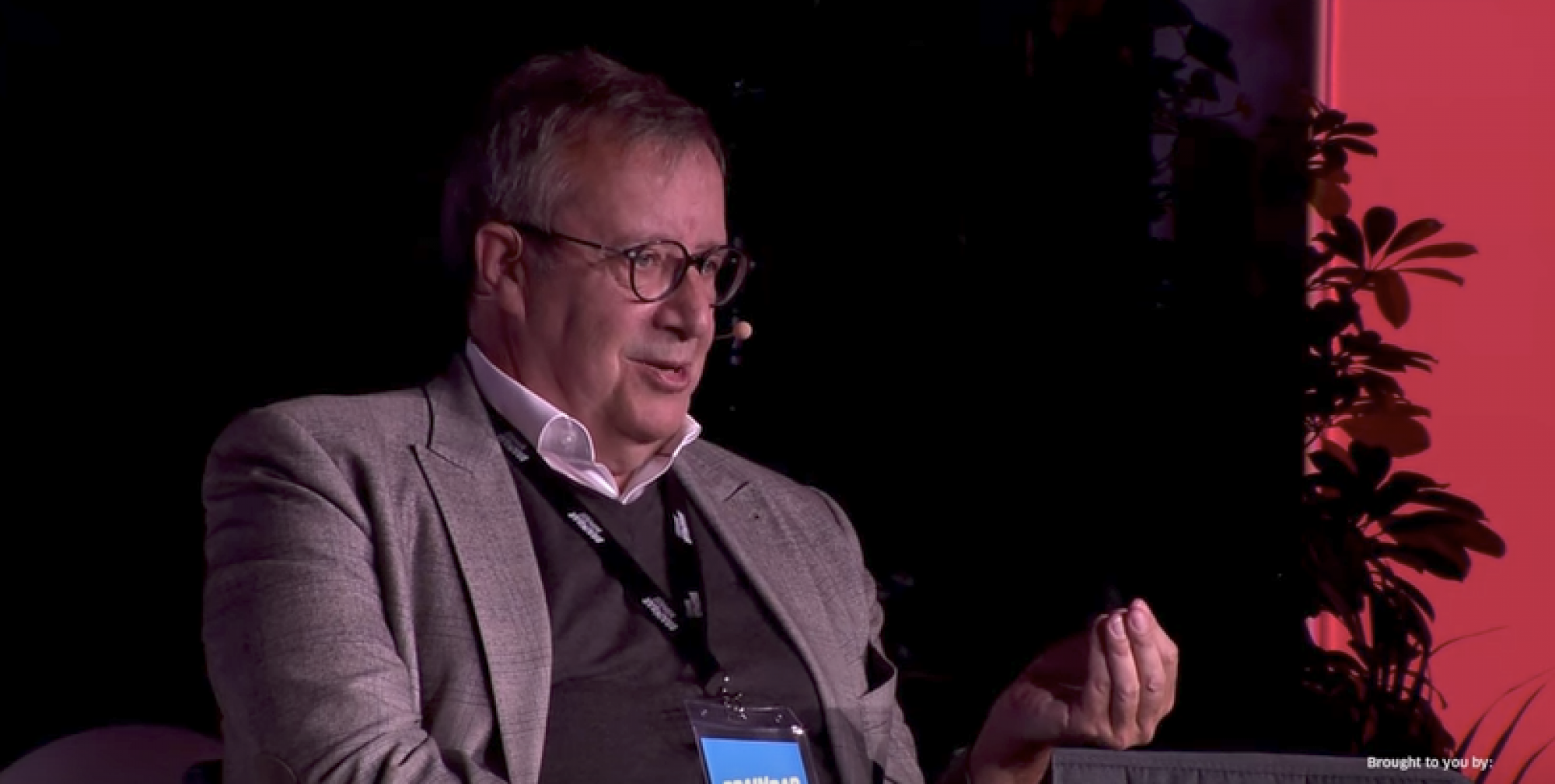 Digital society: All your life is in a chip

"500 government services in Estonia are available digitally. 98 percent of medical prescriptions are digital. 98 percent of taxes are digital. Estonians get a chip that acts like a SIM-card so they can do these operations on a phone," Ilves said. "There are only three things Estonians can't do online: get married, physically transfer property (if you're next to Russia, you don't want anonymous companies buying apartments and land), and get divorced."

Estonia began its transition to the digital world by getting people connected. By 1998, all of its schools were online. The country put up wi-fi centres, and elderly citizens were taught how to use a computer.

At the same time, Estonia began to address an issue many countries still grapple with: digital security. "All the stuff people still use – email addresses with passwords – forget it. All passwords can be brute-force broken," Ilves said.

Two-factor authentication, which requires a second form of identity verification, has proven to be a powerful alternative to the simple password. Even in this case, however, Ilves noted that one common solution – sending a verification number by SMS – is not a secure option, since SMS communications are easily hacked.

"We have a chip and a number," he said. "The chip gives us end-to-end encryption so that no one can steal [a verification number] in between. We have a number matching the chip code and then we have encryption going to wherever we want to go."

Digitalization has helped Estonia to dramatically reduce corruption. For example, Ilves said, "the data from police radar is recorded in a computer – so even when a policeman wants to take a bribe, he can't. At higher levels of corruption, it also works because you have to do tenders…you have to apply digitally, and there is a timestamp."

Despite the many benefits of digitalization, Estonia is one of only a few countries that have taken full advantage of the technology. "Digital transformation has nothing to do with technology – political will is needed to start," Ilves said. "Then comes policy, legal frameworks, and regulation."

"As long as Federica Mogherini is the High Representative for the European Union for Foreign Affairs and Security Policy, nothing is going to happen," Ilves said regarding efforts to fight digital disinformation. "She is pro-Russian. Since the war, she has only been to Ukraine twice."

The EU's anti-disinformation group is funded by nation-states, not by the EU.

"In 2016-20, Ukraine is in the same position relative to Russia as Spain was in 1936-39 when Germans tested its Stuka diver bomber," Ilves said. "For instance, Germans obliterated Guernica (which was later painted by Pablo Picasso) to see how Stuka dive bombers work."

Similarly, emerging new technologies in information warfare may have profound consequences for the digital landscape. One new technology Ilves noted – widely known as "deep fakes" – allow users to easily superimpose onto video footage the faces of people who were not originally present. "One can make videos, and they look very real," he said. "It's possible to [fabricate scenes of] politicans taking money or having sex."

Another threat was demonstrated during 2016 presidential election in the United States, when controversial emails sent between party officials in the Democratic National Committee were disseminated to the public. To deal with that, Ilves said, staff members need to use two-factor authentication. "There were 126 people in the DNC. 124 used two-factor authentication. Two of them did not. Now, guess how they got in."

Social media presents yet another challenge.

"In St. Petersburg, Russians created two Facebook pages for Americans: one for white nationalists, and one for black ones," Ilves said. "Some fake members from both groups called for a demonstration in Texas at the same time and the same place. Nothing happened but it could have happened."

There are many organisations that analyse disinformation. One organization, Hamilton68, is monitoring what Twitter accounts suspected of ties to the Kremlin are promoting online: for instance, they don't like James Comey, the director of the FBI who is investigating ties between Donald Trump and the Russian government. The DFR lab of the Atlantic Council is also analyzing fake news, among other things. "Ukraine needs to support initiatives in English to counter Russian discreditation campaigns," Ilves said.

Some disinformation about Ukraine propagated online might seem trivial and implausible to domestic audiences – but Kyiv needs to convey this to international audiences, for instance, debunking narratives about a Nazi takeover in Ukraine.

"Russian central TV is the best in the word," Ilves said. "It's better than what Hollywood does, they put so much money into it."

So how to deal with the propaganda disseminated by the Russian government? Ilves has proposed ridiculing it and pointing out its absurdity.

"The problem is that you can't do to them what they do to you, " he said. "You can't disrupt their elections," particularly since they are already decided.

But the West has one advantage Russia does not: the rule of law. "Even Putin puts his money abroad. Transparency and strong anti-money laundering is a solution," he said; since Russian buy property in the West anonymously, for example, one solution would be to make Russians reveal their identities and sources of income.

"Don't give them visas," Ilves said. "Let them have fun in Russia. They certainly want come to Miami or London."

Ruslan Minich
A journalist and analyst at Internews Ukraine and at UkraineWorld, an information and networking initiative.
Next article

Journalist Olha Reshetylova was one of the first people, back in spring 2014, to join the volunteer movement to support the Ukrainian army in Donbas. She was a coordinator...