December 4, 2019
Why is the war in Donbas "Europe's forgotten war", and how is it different from other conflicts in the world? German war reporter Till Mayer, who covers the conflict in Eastern Ukraine on a regular basis, talked to UkraineWorld about his new book and his reflections on the humanitarian situation in the war-torn region. 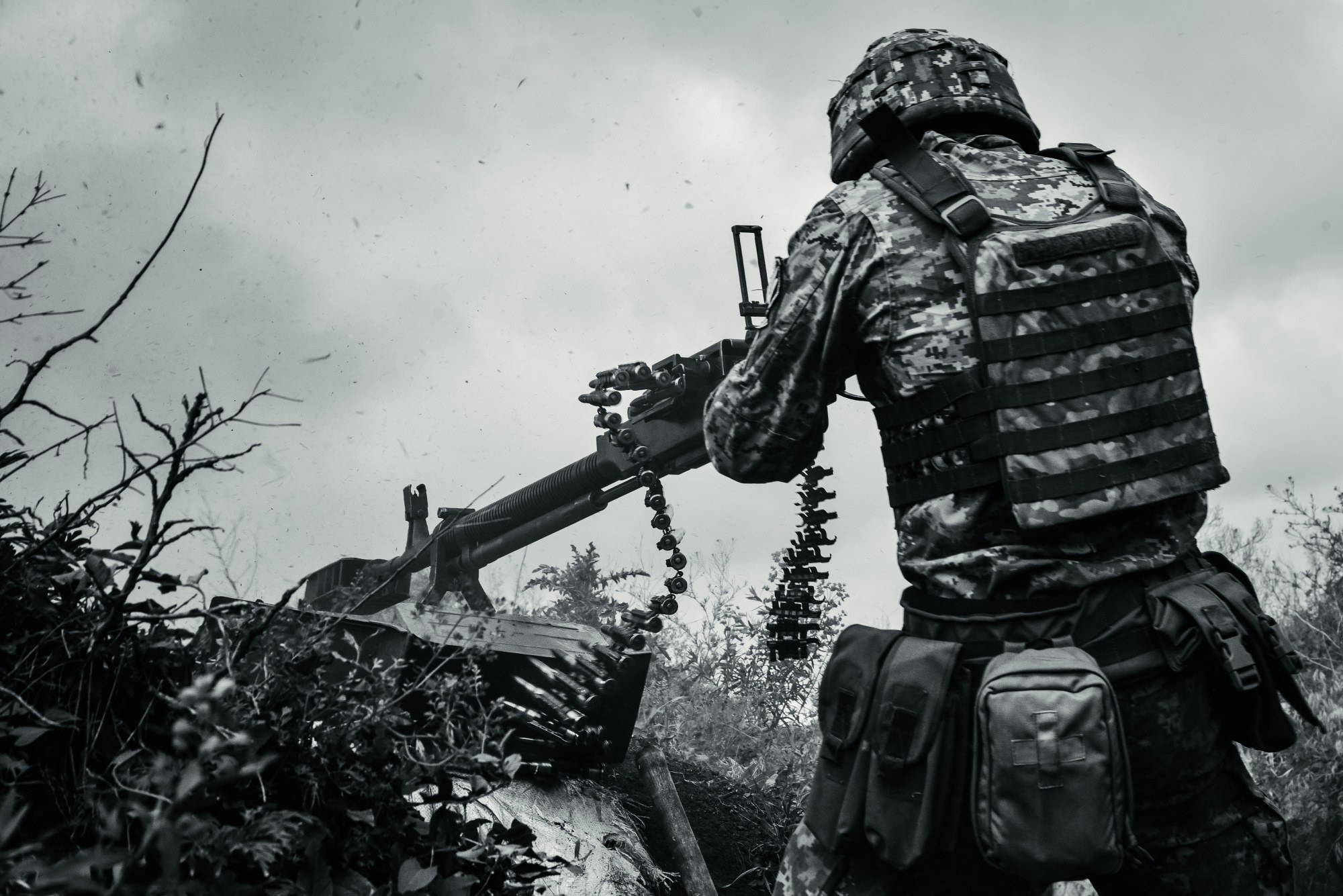 Till Mayer has been covering humanitarian issues in some 30 countries around the world. His first book Donbas: Europe's Forgotten War puts human life and the humanitarian aspect in focus. A compilation of pictures and stories from Avdiivka, Kamyanka and Shyrokyne from the past 3 years is already on the market. UkraineWorld talked to Till in Kyiv on his return from Zolote, where the disengagement process had started in late October.

Till, you've just come back from Donbas. What was your last trip about?

This time, I came [to Ukraine] to visit Zolote, to take a look at how things are  going there. Namely, the possible peace process, to speak, especially to soldiers, and discover what they think about it. Whether it has a chance or they do not believe in it.

And what do they say?

They are very sceptical, to use diplomatic words. 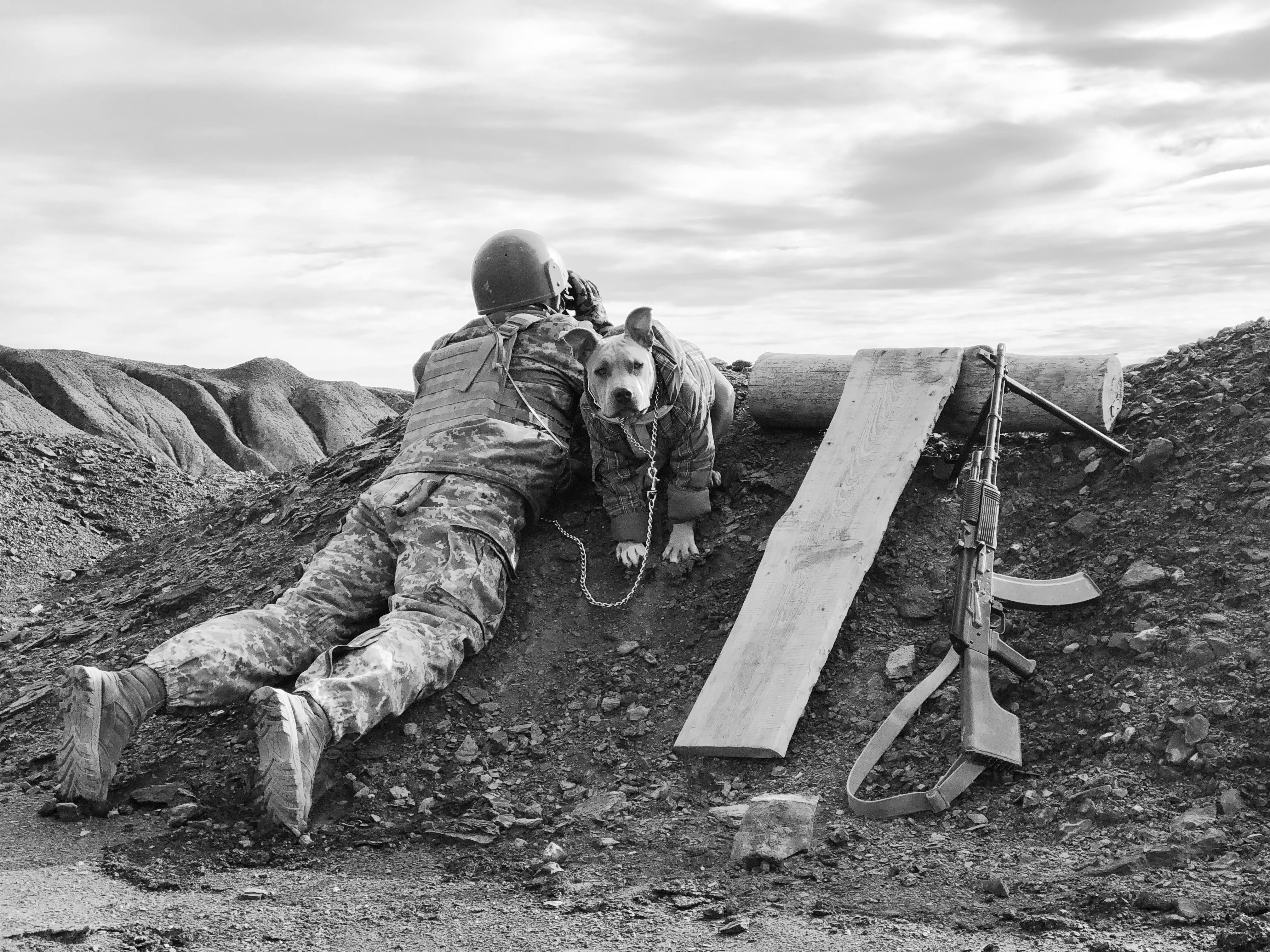 You have been coming to Donbas for a very long time. How do you see this entire situation?

For me, it's very sad. Ukraine is a very dear country to me. I've been reporting from here since 2007. And we have a war in Europe, once again. I think it's a shame for all of us. It is pretty much forgotten in my home country, Germany, so that's why I want to bring it back to the public, so that people start to think about it and discuss it again.

You have worked in war zones and places in crisis all around the world. Why did you write a separate book on Donbas?

Because I became very close to this conflict. I've so far made 7 trips to the frontline, and 3 or 4 others to talk to civilians affected by the conflict. And for me, it was the first time that I learned about a war from the viewpoint of those people who are actually fighting. Normally, I am working together with relief organizations or aid workers, so I see it through the eyes of civilians and those people who come to help. And in this case, I had the chance to be together with the Ukrainian army, and together with a friend of mine, the Ukrainian photographer Oles Kromplias. He used to be a soldier himself, so it's quite interesting for me to see it from this perspective. 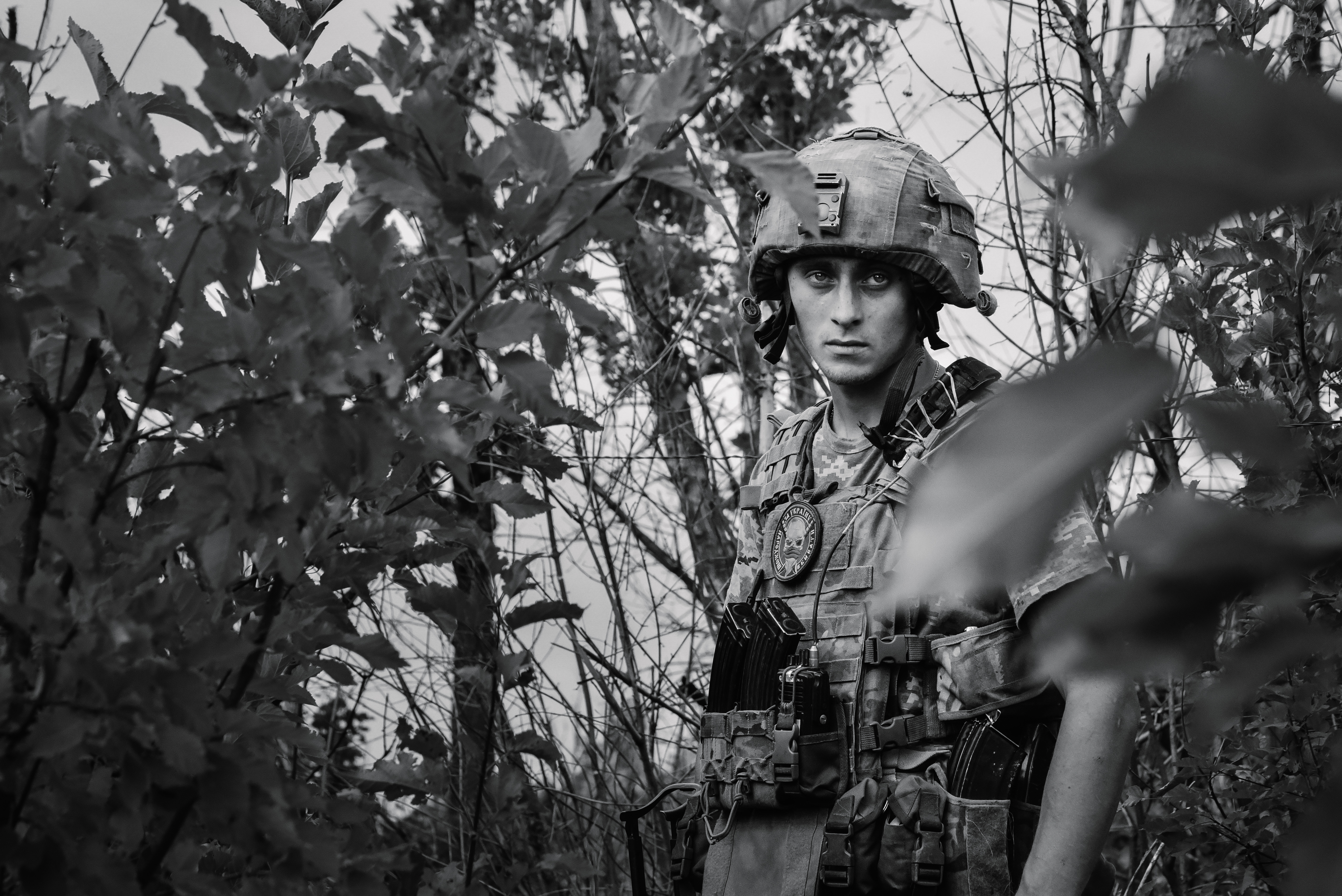 In one of the interviews, you said that the Ukrainian war is unusual by comparison with other wars. What is unusual about this war?

I have never experienced anything like this. For example, in Avdiivka, you can go to a supermarket, buy an energy drink, then you jump in a military car, and in 8 more minutes you think you are in some kind of an ego-boosting game. Everything is destroyed, you're in a trench, and it is all so close together. You can find anything on this line going through Donbas.

The war in Iraq, for instance, is completely different. You have a lot of terrorist fighting with bomb attacks. While here everything is so concentrated on the frontline... That is something new. But for the people, of course, it is not only the frontline, it is the whole country which suffers. 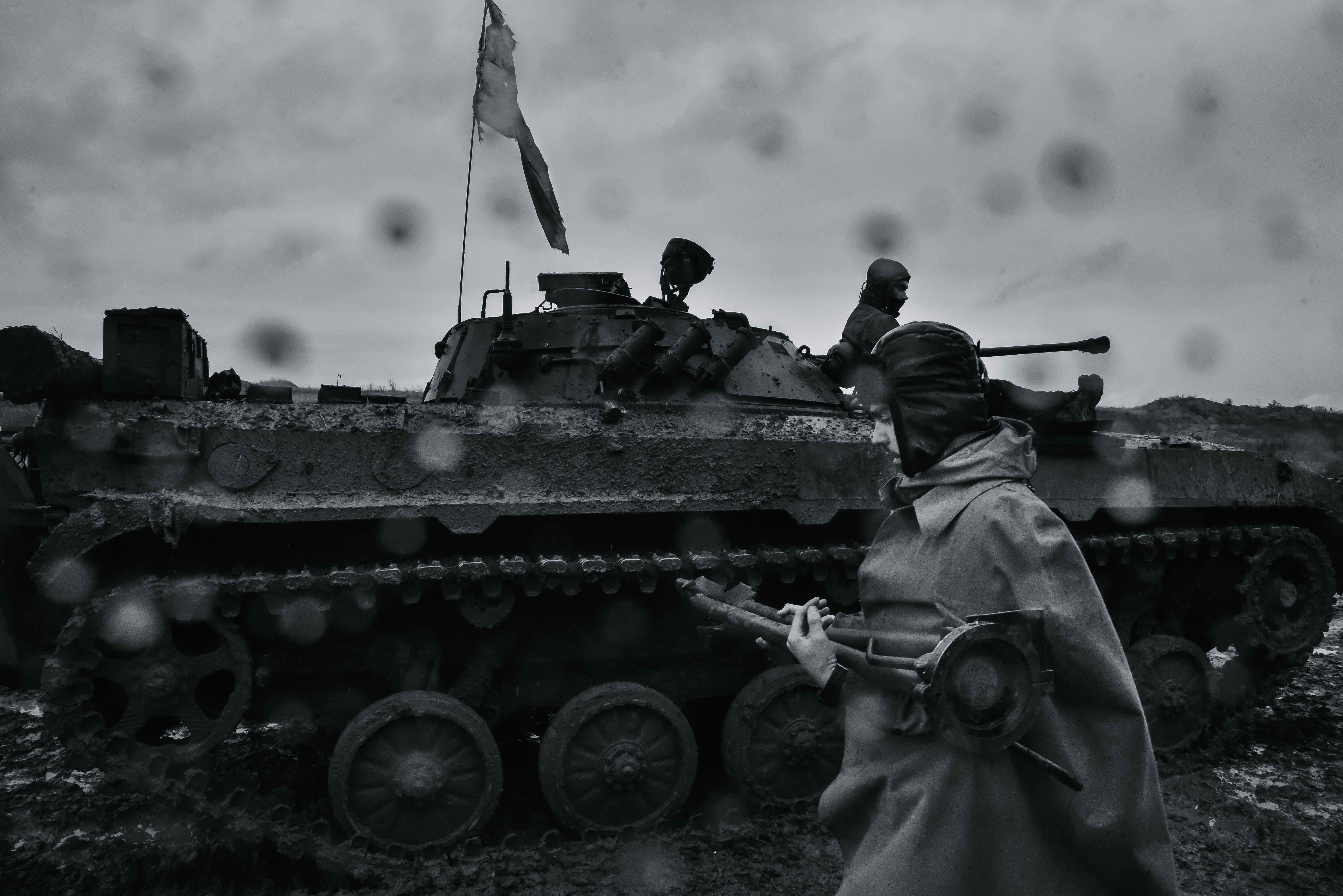 Why do you think it is important to stay with the soldiers, isn't it like any other conflict where soldiers behave like as they do everywhere?

For me it's also the first time that I can be so close. It is not usual, and you can do it (take pictures) quite freely. If I was always controlled and censored, I think I would not be doing this project.

I think one of the big challenges for Ukrainian society will be to bring these fighters, veterans back into civilian life. Because when you've been fighting for 5 years, then of course it changes you. You must be a robot if you remain the same person as you were before.

That's also what I want to say: when you see a soldier with all his armour and a helmet who looks like a knight, somebody who has few emotions, but of course they have emotions, they miss their families and have seen a lot of bad things. Some of them, perhaps, had to kill.

Your pictures do not show violence. And you report from, shall we say, hopeless places.

I want to show strong people. Those people I interview, most of the time, I can learn a lot from them. I don't want to depress people with my images, I want to awake some empathy. And I think the best way to do this is to show them as human beings. 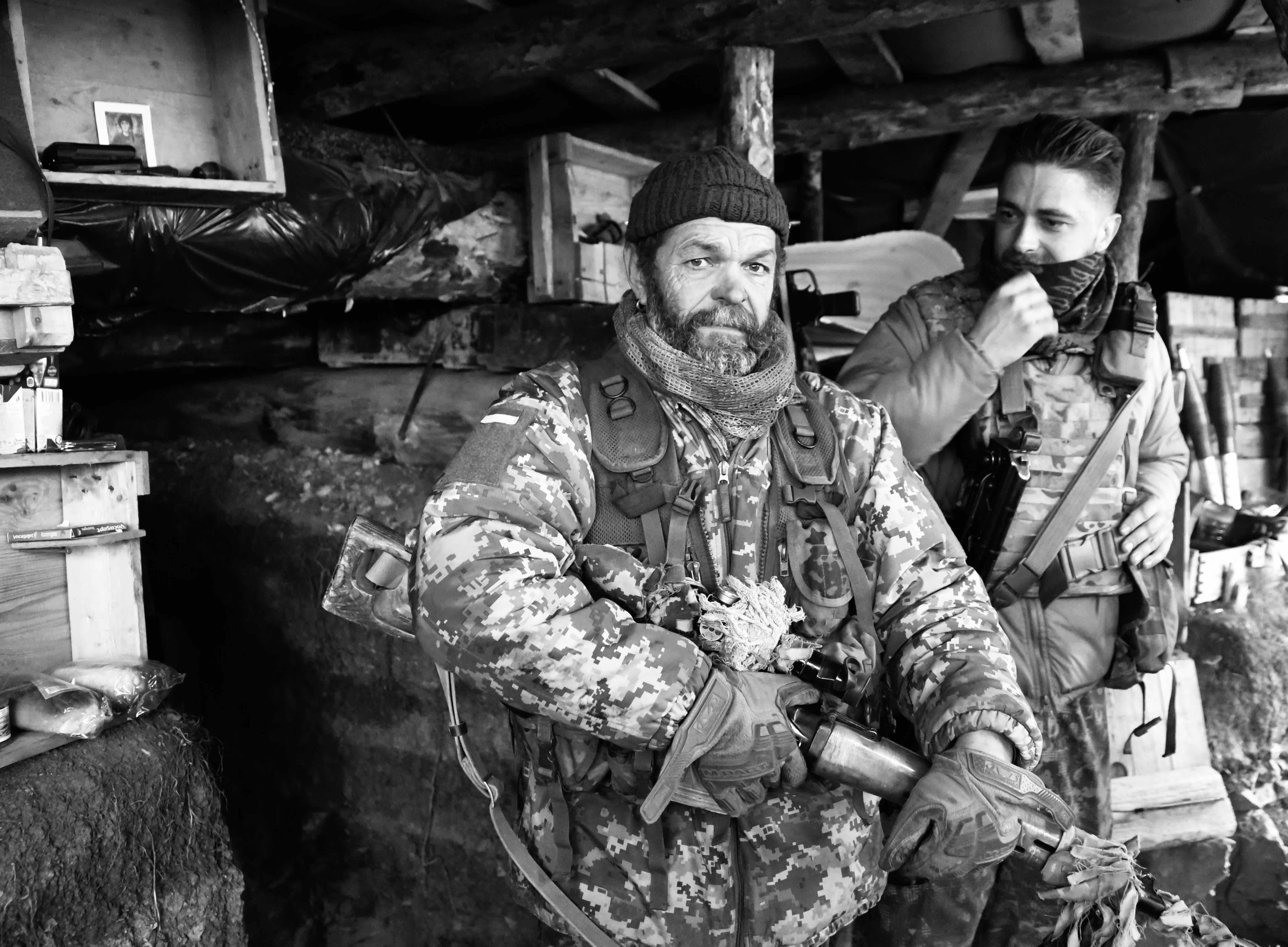 You keep coming to Donbas regardless of newsworthy events. Why do you think it is important for Europeans to know about this so-called frozen conflict?

Actually, I am going to Donbas now because nobody reports from there any more. So for me, as a reporter and journalist, I always go to a spot when the mainstream media have  gone. For the people in the spot, the thing is still breaking.

What are the core human rights issues in Donbas?

Daily business life, for example. People that are on the side held by Ukrainians, used to sell their goods in Donetsk and Luhansk, and now they can't do this any longer. Even though they used to have a quite challenging economic situation before everything happened, now it's multiplied in different ways.

And when you are close to the frontline, in the villages behind, you often find more or less only elderly people because the young ones couldn't stand it any longer, so they went westwards. The elderly stayed because when you are 80 it makes no sense to move for a new life. It's very hard for them to cope with the situation. When there is a lot of shelling, they have to go and hide in a cellar meant for storing vegetables. And all these grannies are sitting there like in a bunker with candles and waiting until things are over. 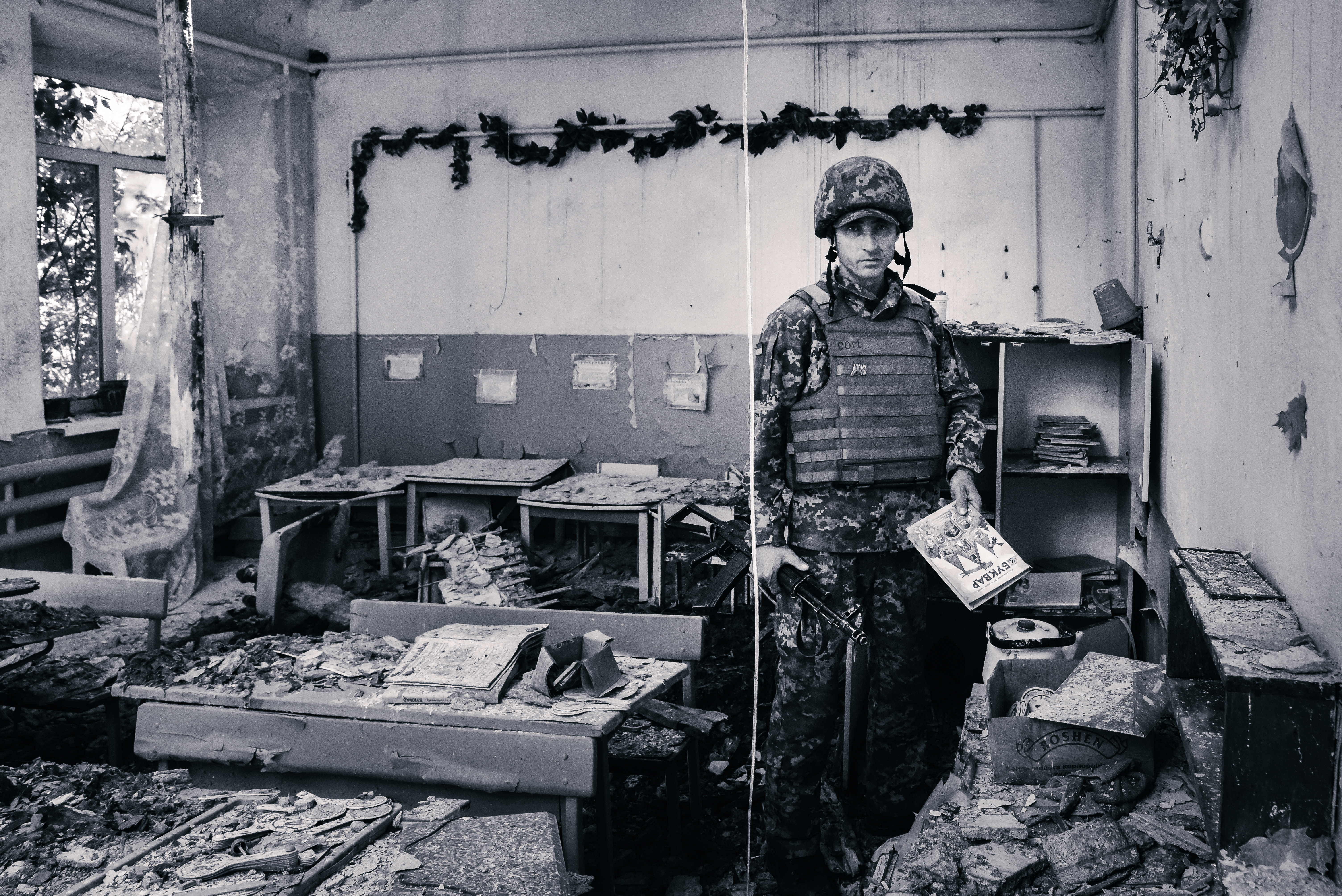 Since you started your work in Lviv in 2007, you have been both to the West and then, to the East a great deal. There is this famous misunderstanding that is often transmitted in foreign media outlets that Ukraine is divided either by language, or politics, ethnicity, etc. How has your perception of Ukraine changed?

I see Ukraine as a country with a lot of potential. One reason I got so connected to Ukraine was that I had so many people supporting me. I have never experienced this in any other place in the world. I believe in diversity so I think you can have one nation with two languages.

I must say, people in the East are really brave. In Avdiivka, I saw so much resilience from the people, particularly civilians. You can even hear the grenades exploding from the frontline nearby, and people continue to have a life and try to find some beauty. I saw the most beautiful gardens and housing blocks in Avdiivka.

And Lviv became super close to me because I worked there for so many years. And I met some very brave people. Like a Red Cross nurse who was 70 years old. She continued her duties even when the Ministry of Health stopped paying her salary.

On connections with people in Donbas:

What are your coming plans for Ukraine?

The next time I will visit Lviv to monitor the project and see how everything is going [with the Red Cross]. Next year I will definitely be in Donbas. Of course, I wish that one day we will go there, and there will be no-one in the trenches and we have peace. But it seems that this is a bit blue eyed, unfortunately. 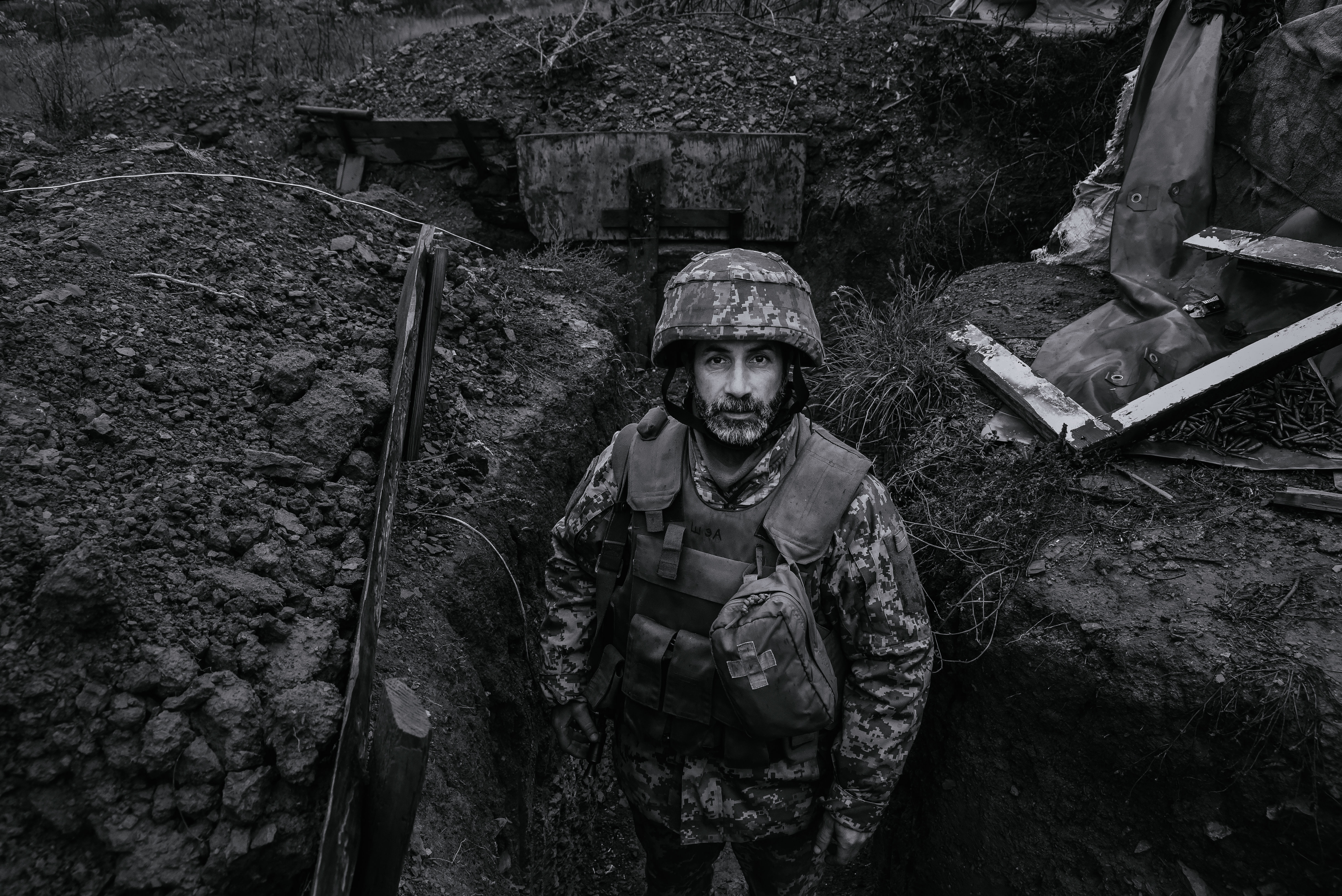 So you do not see the conflict ending very soon?

I'm afraid it's like this, yes. But I hope I'm mistaken

Have you had any feedback on your book Donbas: Europe's Forgotten War from  German society yet?

Twenty years ago, when I started this work, the audience was different. They were more interested in things happening in the world, in wars. Now it's a bit more about Instagram, enjoying beautiful things in life, which is good, of course. But when you forget about other things it's a very different situation. Having a war again in Europe and a big power no longer respecting borders can be dangerous not only for Ukraine but for all of Europe. 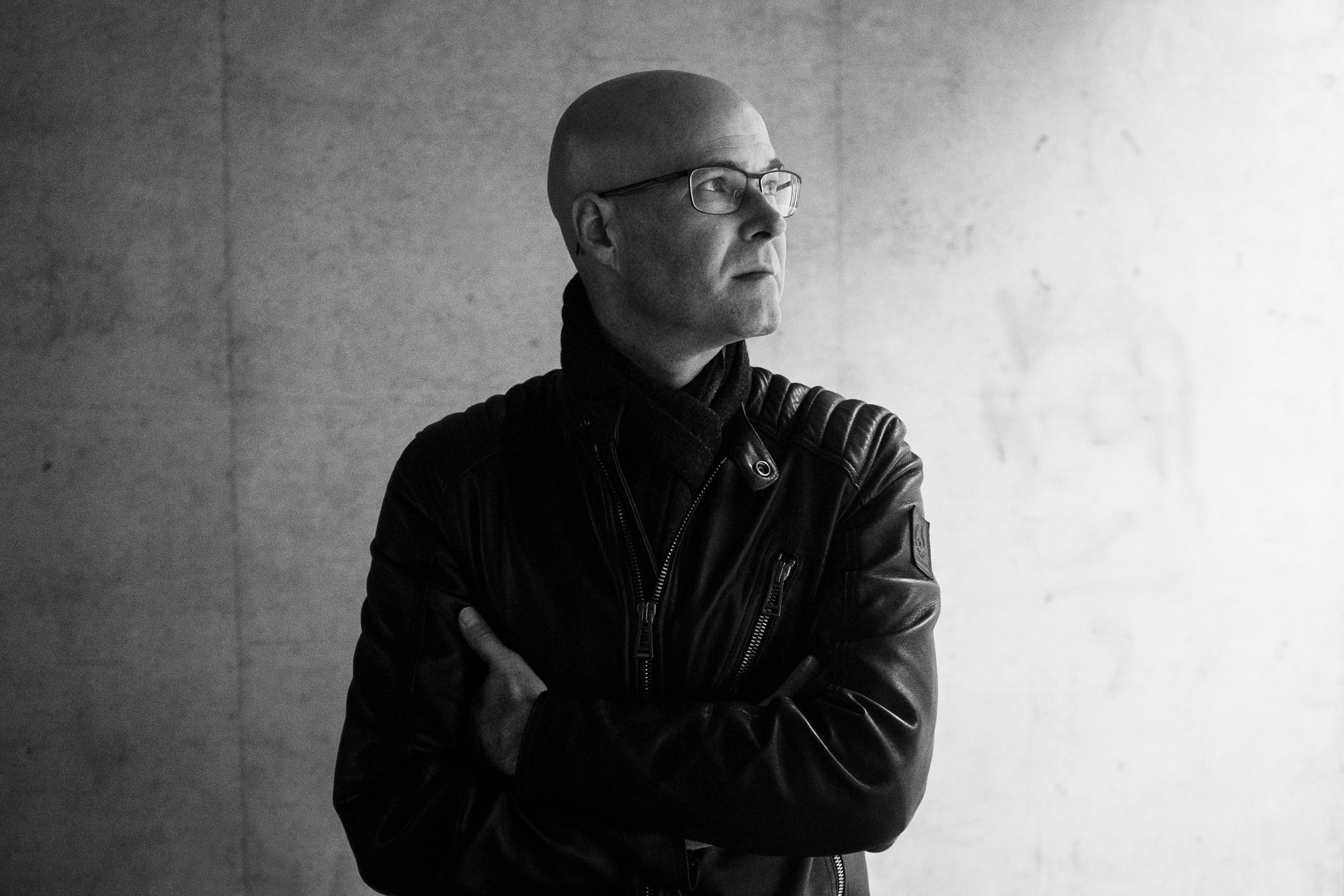 Till Mayer started his work as a war reporter from Bosnia and Herzegovina. He then covered the situation in Rwanda, Sierra Leone, Columbia, Vietnam and many other places affected by war or humanitarian crisis. His Ukraine experience started from Lviv in cooperation with the German and Ukrainian Red Cross, where he came in 2007 to write a story about victims of Nazi concentration camps.

With VK, a Russian social network, finding itself the subject of sanctions in Ukraine, its pro-Russian users are flooding Ukraine-related discussions with hate speech.
VIDEO
March 5, 2021