April 18, 2019
While democracy is often under attack today through its own means and gaps, a new problem has emerged on how to protect freedom of speech. On April 12, Internews Ukraine and UkraineWorld held a special discussion at the 12th Kyiv Security Forum (an annual event by Open Ukraine Foundation). 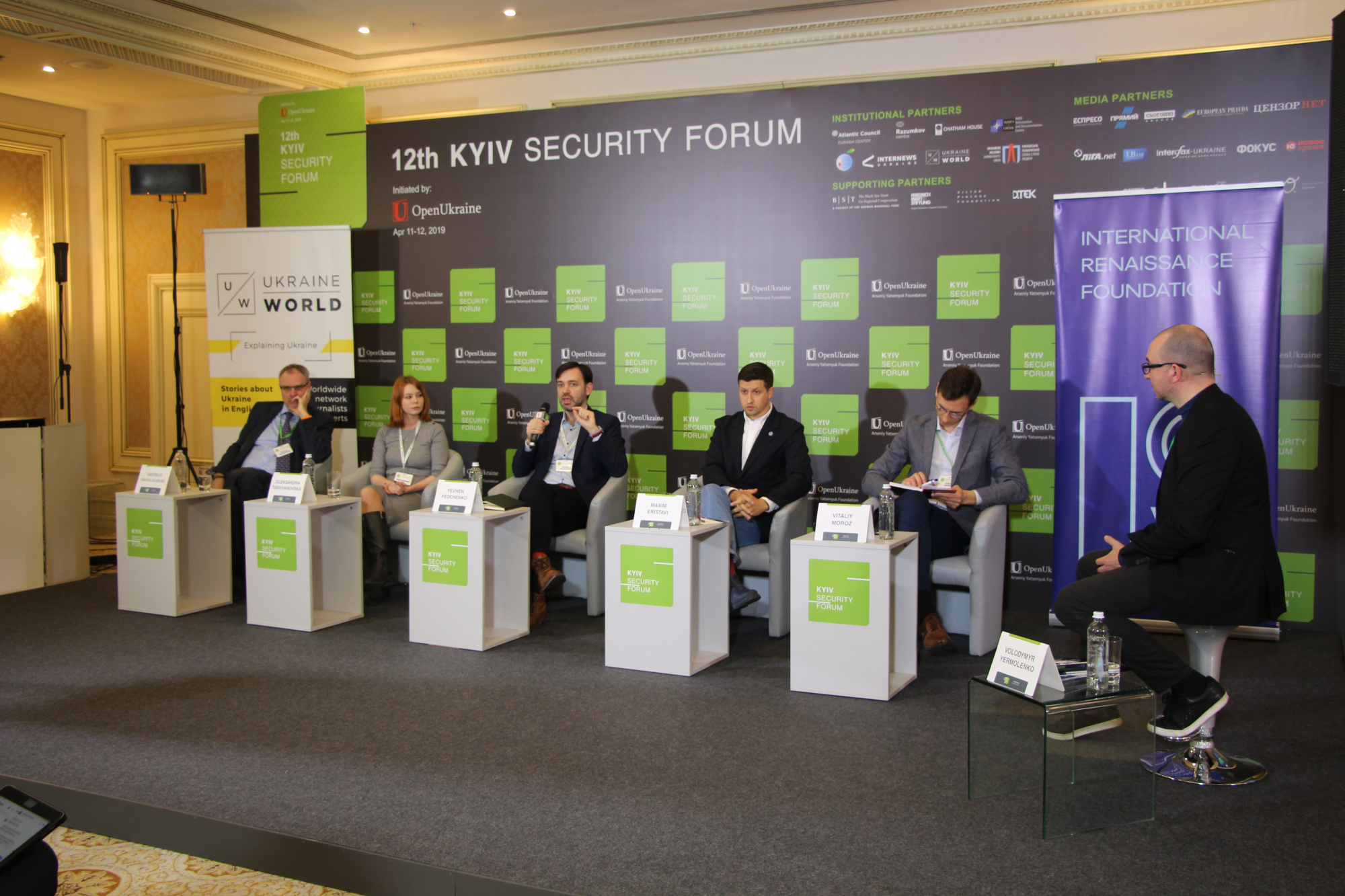 At the opening, Volodymyr Yermolenko, moderator of the event and editor-in-chief of UkraineWorld and director of European projects at Internews Ukraine, said:

Freedom of expression and freedom of information are the key values of democratic societies. Attack on these freedoms is always the first sign that democracies are under threat.

However, democracies are facing another challenge today: abuse and distortion of freedom of information, when information is turned into a weapon in information wars.

The authoritarian opponents of Western democracies are using opportunities provided by freedom of speech to turn democracy against itself.

While democracies find themselves in danger, they should protect themselves and protect freedoms they are based upon.

They should, furthermore, look at information not only in terms of freedom but also in terms of security.

How can we find this difficult balance between freedom and security in the information field? How can we not become a victim of two opposing threats: defenselessness and new authoritarianism?

Here are key quotes from Ukrainian and foreign experts on the balance of freedom of speech and information security. 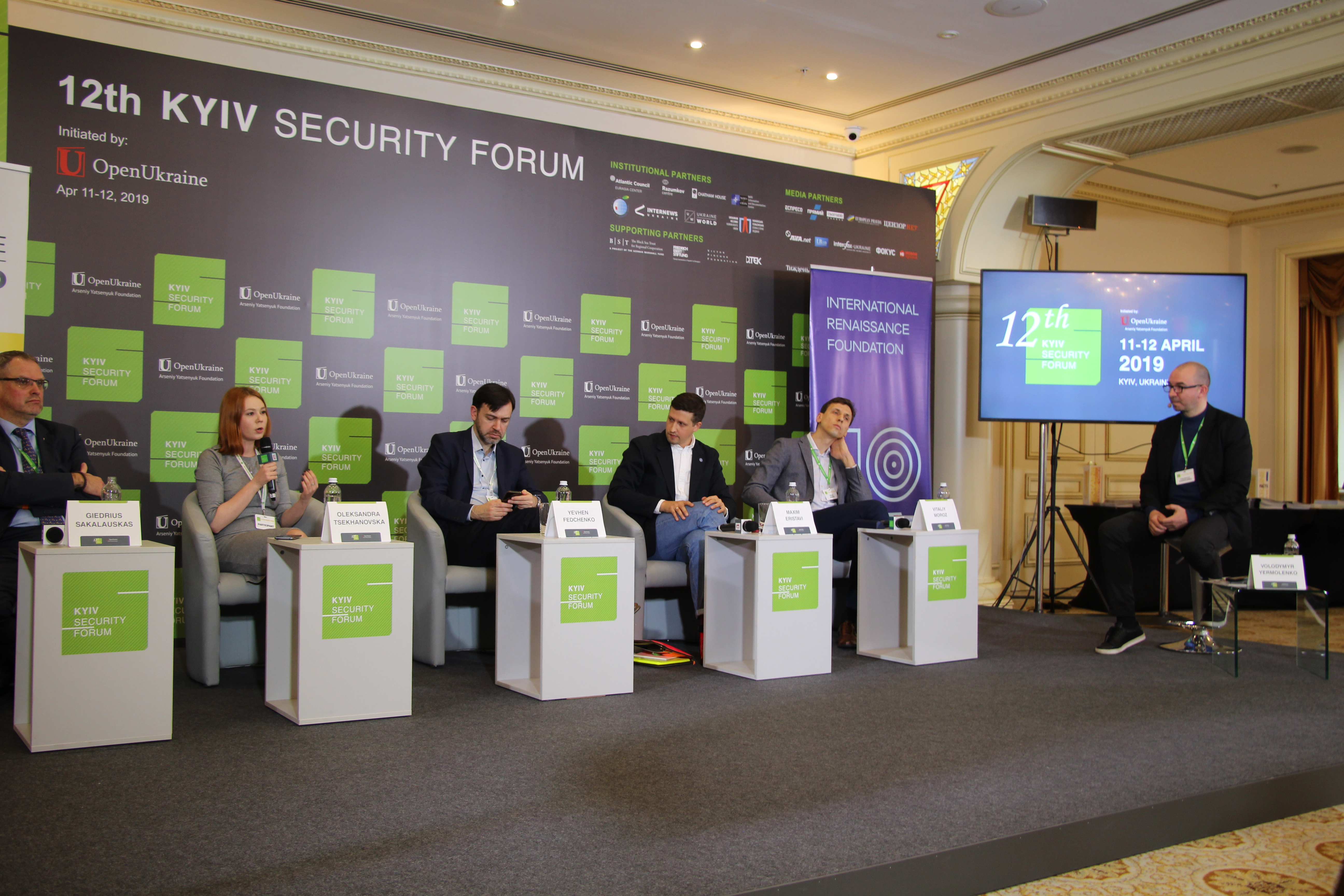 Russia, which weaponized its media for hostile influences in Ukraine and other places, is not limited by freedom of speech, nor by law, nor by any other resources. When they are caught, they evoke freedom of speech. This creates a very dangerous precedent because it limits the possibility and the will to recognize the problem, to answer it and to find the most appropriate instruments to tackle it.

We have a lot to learn from each other. Ukraine has been the first test-ground for many disinformation tactics which were tested, calibrated and deployed internationally.

It is ultimatelyimportant to keep following case studies, because the disinformation field is now a vibrant start-up-kind-of-environment where there is no golden rule or formula on how to spread or create disinformation.

One of the main principles of disinformation is that it does not have to be based solely on lies, and that's what makes it dangerous. You can take a small thing, blow it out of proportion, then spin the story, and then add a sufficient amount of lies to make it believable. This why disinformation thrives in Ukrainian society, in Western societies, and it most definitely thrives in Russia.

It is quite easy to fight the Kremlin's propaganda when it directly attacks Lithuanians. But Russian propaganda and disinformation is getting more and more sophisticated.

It's much more complicated to deal with human rights online. We should pay more attention to what the role of technology is, and how technology can be used against democracy. 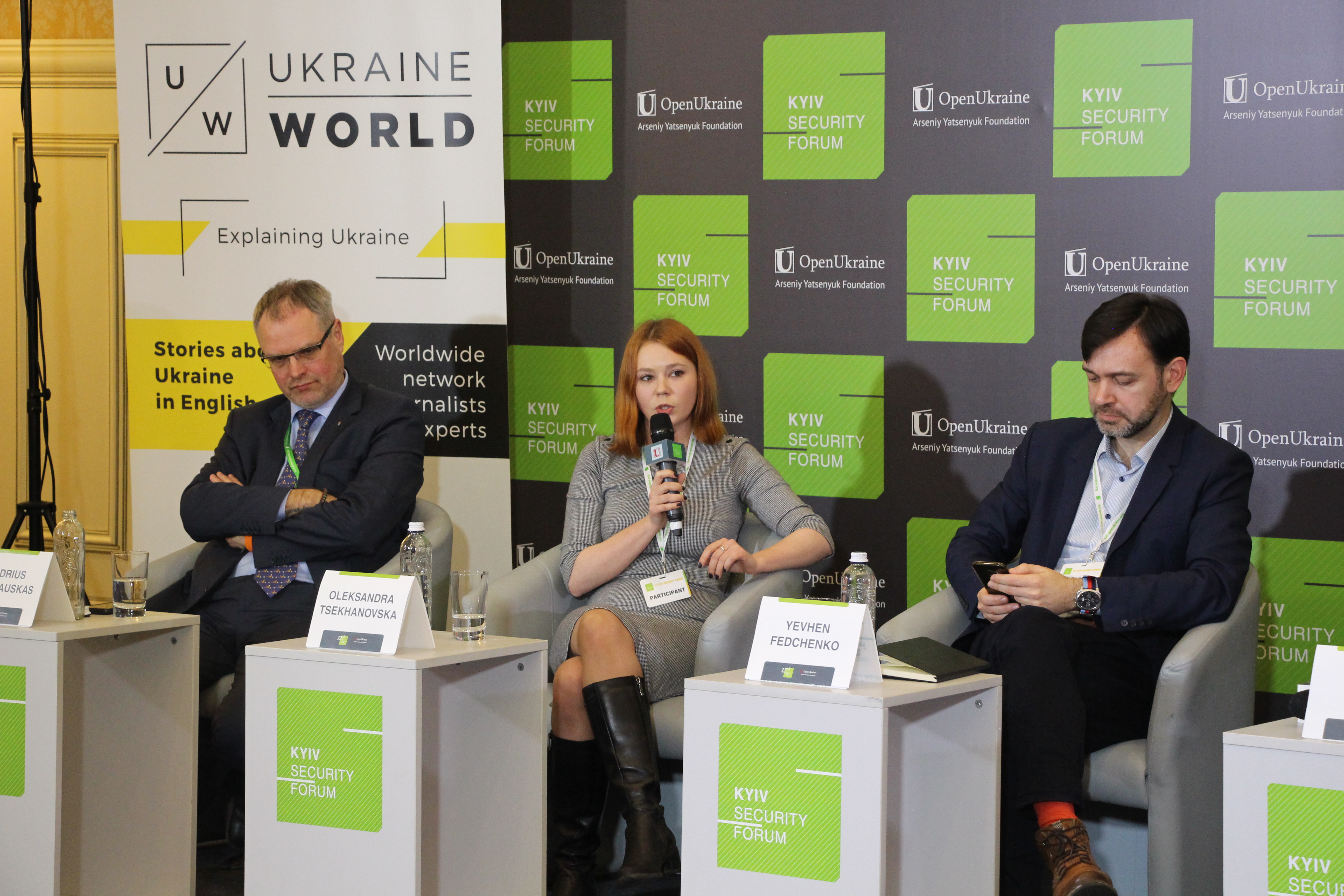 Some Ukrainian media outlets have become echo-chambers for Russian disinformation, of all those narratives Russia has been delivering for the last 5 years.

This, basically, set the ground for these Ukrainian elections. Since they have been repeating "Ukraine is dysfunctional", "everything is worsening", "corruption is growing", "the economy is crashing", that is exactly what sneaked into Ukrainian media outlets.

The problem with this echo-chamber is that hybridity started to wag both ways. So. disinformation is coming from Russia as hostile influence, and is generated inside Ukraine. It, willingly or unwillingly, paid or unpaid, is multiplied and amplified. And it goes in all directions, and leaves people very and very confused.

Russian disinformation has been providing a venue for all those talking points for the last 5 years, at least. It has already become part of national discourse, and it was only picked up in the last moment before elections.

Coverage of Ukrainian elections is often very biased. Not only from Russian disinformation but also from Western journalists. There is a lot of selectivity in their approach.

The majority of Russian narratives were aimed at completely discrediting the Ukrainian electoral process and the electoral system in Ukraine.

So they could say whoever wins it does not matter because the elections were allegedly not fair. The Russian media also discussed Ukrainian elections being held at gunpoint.

Ukraine's information security is quite vulnerable.

Ukrainian elections show that infotainment plays much more of a significant role than rational debates, because reality is not bright enough for many users.

And if you go online, you see a much brighter reality.

We cannot vilify voters. In the case of Ukraine, corruption, or lack of reforms is what drives people to those negative narratives or to accept that kind of reality.

There is a big difference between voting emotionally, and voting emotionally guided by right virtue. Ukrainians have priorities as the most Euro-optimistic country in Europe, as the country where citizens continue to sacrifice their lives for European ideals. I think the virtue is there. 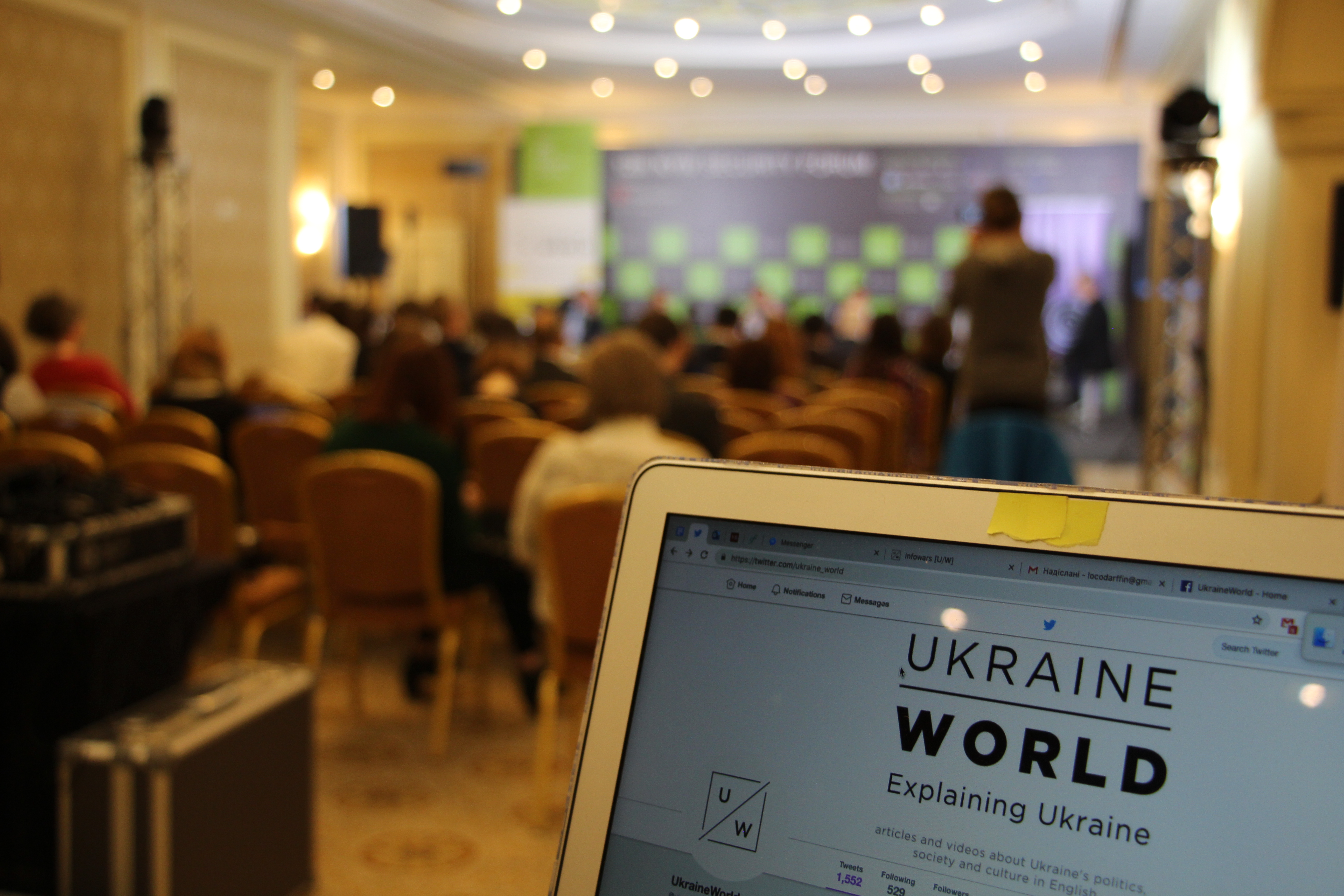 Social media algorithms are not favorable for democracy.

They are much more favorable for those who can hack elections and misuse information. There will be a big issue how to bring all 3 stakeholders - tech companies, civil society and government - together and to work on new rules of information security.

In Ukraine, there are media outlets which are not clear about who funds them, and Internews Ukraine is pushing for more transparency in the funding of media. The principle "follow the money" is also a big issue.

Self-regulation (by tech platforms alone) may violate users rights. This means that civil society should jump in for co-regulation where the voice of civil society will be with teams of social networks to talk about common rules on what is acceptable and what is not acceptable.

Another side of social media is comprehending its rational part. This is an issue that when we are doing something emotionally, we can break some laws, or we can harm someone's rights by bullying and so on. Every user has responsibility which should be articulated much better. The results of elections is the responsibility of the voters. This is how democracy works.

Many governments, societies, and democracies do not have a sufficient infrastructure to respond to those disinformation tactics, and to set up an alert system.

Not a single governing policy should be based on disinformation or information that is faulty. That is why inside a government, we encourage to create an infrastructure that analyzes but also debunks information on a regular basis. The second is to understand and map networks that produce or amplify dangerous disinformation tactics. It should be done together with civil society. Understanding public frustrations, mapping and addressing them is also a long-term tactic.

Lithuanians are united in fighting the Kremlin's propaganda. One of the examples is the phenomenon of a civic initiative called "elves" against "trolls". Trolls should be tackled and challenged directly. I have no direct evidence that they are paid by Russia, but there is no doubt they are coordinated by Russia. There is also good military Stratcom, and close cooperation between civil society and state bodies.

Due to social media, journalists do not have a monopoly on the truth. I do believe in the power of civil society. Civic activists can influence the situation, go for discussions with journalists if the latter are doing negative things. Of course, bad news sells. But why not  discuss it with them.

Media literacy is our only remedy. It demands a lot of personal effort, time and resources from every citizen. Especially, psychological resources, to become aware, to understand precisely which journalists are responsible and reputable, the main principles that you can use to detect fake news.

So it is unfair and dangerous for governments and civil society to leave people alone with their efforts. So we have to promote media literacy.

We are following in the footsteps of Finland, Sweden, France and certain other countries that have already been doing that [media literacy] for quite a long time. So we need to use their methodologies and try to help people navigate through it all. It is not only about children, we also need to help adults, and often, journalists, policy-makers and all other stakeholders.

Every journalist has less and less time to do fact-checking and research. Very little mediation is coming users way.

The final answer is to raise the level of awareness about those problems, empower users to do fact-checking, and have a basic understanding of everything. They really need to do more on their own.

Those arguing that there is no any Russian influence on Ukrainian elections, that it is just domestically produced noise and chaos, are leading us in the opposite direction. That is what we would call the hacking of the process by machines, fake narratives, fake approaches, and this makes Ukrainian democracy absolutely irrelevant. And there is little understanding as to how you can tackle that. Because by tackling that you might jeopardize democracy.

The shallowness of the political process comes from the frustration of people because they cannot handle that much information. Unfortunately, only responsible media can be the answer to that.

It's an issue if Ukraine needs to go on the offensive, especially now. Due to the new political reality, I would think twice before subscribing to the government idea of regulating the Internet here and now.

Every day, we get hundreds of messages. Not all of them are true. Therefore, we should know the main signs of manipulation. This video was prepared with the financial...
PODCAST
September 29, 2020