March 20, 2018
On 27 March 2018, Germany has approved the construction and operation of the Russia-built Nord Stream 2 gas pipeline. Russian state-owned company energy Gazprom presented this project to expand Nord Stream, a gas pipeline from Russia to Germany which is the main channel for supplying Russian gas to the EU, back in 2015. The planned new pipeline – Nord Stream 2 – is intended to strengthen Russia’s position on the gas transit market. Mykhaylo Honchar, President of the Strategy XXI Centre for Global Studies, explained to UkraineWorld why the new gas pipeline is a threat both to Ukraine and the European Union. 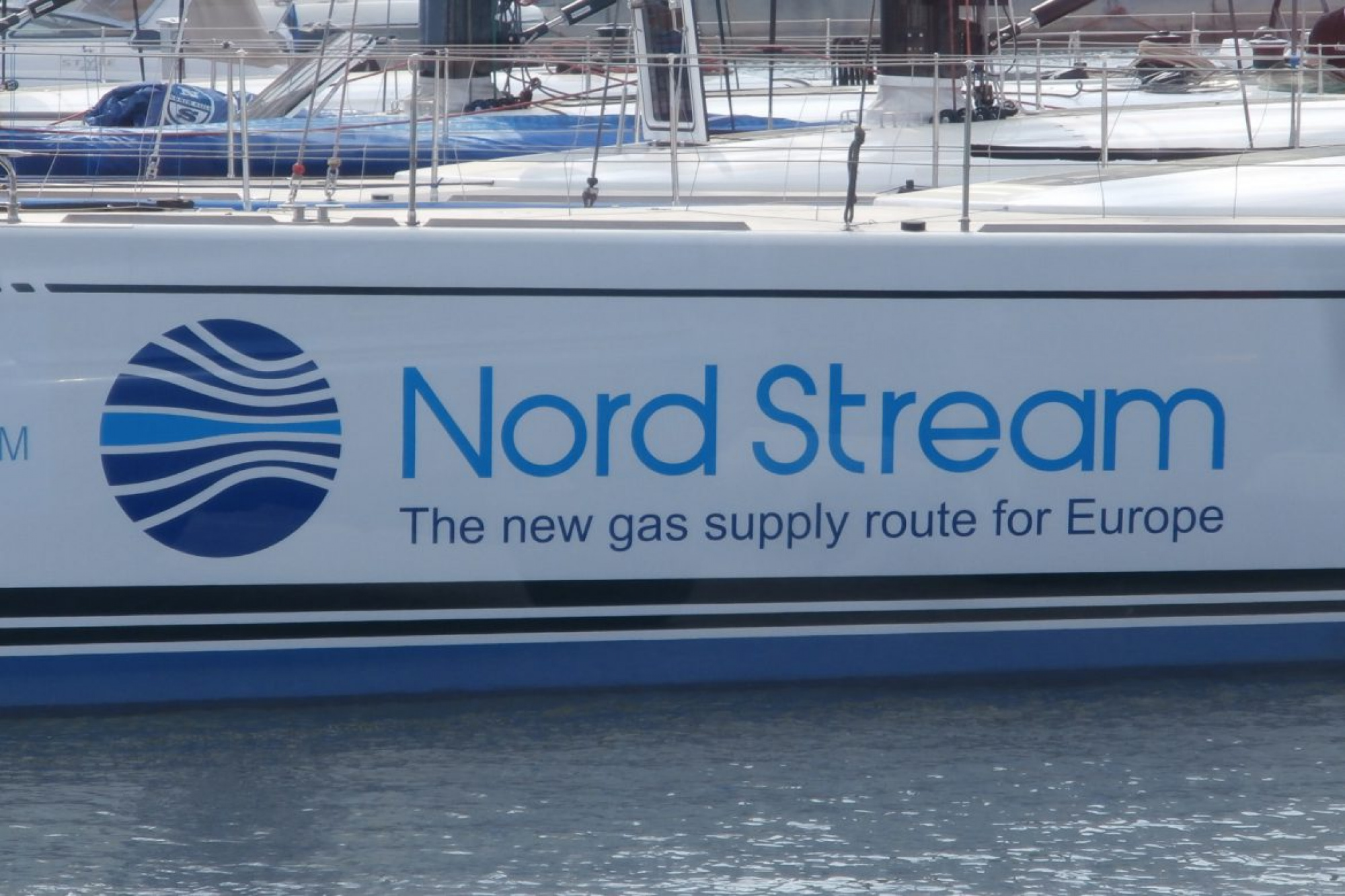 What Nord Stream 2 is all about

Nord Stream 2 is one of the so-called bypass projects being implemented by Russia in accordance with its energy strategy approved in 2003. One of the strategic goals is the creation of trans-border gas systems bypassing transit countries. This applies not only to Ukraine, but to other countries as well. The gas from Siberia to Europe has always flowed through the territory of Ukraine and former Czechoslovakia. In this way, it remains the same, so we are talking about the fact that one of the traditional routes for the supply of gas to Europe is the Ukrainian-Slovak one. Russia aims to minimise transit through Ukraine. They say Ukraine has a transit monopoly, but this is not true. This was in line with the realities of the 1990s. However, as Russia built new gas pipelines, this reality has changed, and there is nothing left of Ukraine’s transit monopoly.

In 2016, through Ukraine’s gas transmission system, the EU received 46% of total gas exported to Europe, while in the 1990s the volume was 100%. However, in 1999 Russia built the Yamal-Europe pipeline. The Blue Stream (2003) and Nord Stream (2011) pipelines appeared later. That is why Ukraine has no transit monopoly now. On the contrary, today there is a rather optimal balance in terms of providing Europe with gas from the east, in terms of diversification of routes. At the same time, the 100% monopoly of the gas supplier is retained, and the construction of Nord Stream 2 will only intensify this monopoly.

Why it is harmful for Ukraine

In the event of disappearance of gas transit through Ukraine we would lose USD 2- 3 billion in income annually. Russian gas becomes a commodity for Europe only due to the help of Ukraine’s gas transportation system. Thus, the German agreement on the implementation of Nord Stream 2 helps Russia to strengthen its infrastructure and undermine the Ukrainian economy. USD 2-3 billion will not bankrupt the Ukrainian economy, but it would be a tangible blow.

So what do we have? The EU provides us with financial assistance, and Germany is the largest donor in this regard. German financial assistance to Ukraine comes to about EUR 110 million annually. Meanwhile, we would lose USD 2-3 billion thanks to German support of Nord Stream 2. The question is: what kind of partnership with the EU do we have if the EU cannot stop the implementation of this anti-Ukrainian and anti-European project, but instead allows a group of private companies to dictate policies.

The question for Ukraine is also: what should we do next with our gas transportation system? Its capacities will not be needed at the time after the finalisation of Nord Stream 2. There is a position of the German government that the transit through Ukraine should be preserved. Gazprom takes this into consideration and “generously” promises to leave 10-15 billion cubic meters transit volume per year. However, the remainder of the capacity of the Ukrainian gas transmission system in this case becomes unnecessary and raises the question of what to do with it in future. When there is a certain amount of transit, certain work is done. But if there is no transit, who will pay for the system’s maintenance?

In addition, the EU’s actions (or rather, inaction) regarding Nord Stream 2 violate Article 274 of the EU-Ukraine Association Agreement, which provides for mutual consultations between the sides on long-term projects and programs for the development of the energy infrastructure. This article also suggests that the parties will use each other’s capabilities to secure their energy problems. Ukraine uses the means of its neighbours to reverse gas supplies. Does Europe need additional transit capacity? In fact, no, there is free capacity in the Ukrainian gas transportation system, which is roughly equivalent to the planned capacity of Nord Stream 2. Our capacity is 142 billion cubic meters per year. In 2017, 93.3 billion cubic meters of gas were transported through the Ukrainian system. Therefore, the free capacity amounted to almost 50 billion cubic meters. The logic of Brussels should be such: we will first load the Ukrainian gas transport system, and if there is a shortage and demand for gas in the EU were to grow, then let’s give the green light to the construction of Nord Stream 2.

Why it is harmful for the EU

If Ukraine is no longer a transit country, and if Russia implements the Turkish Stream pipeline (and this will happen sooner than Nord Stream 2), a 100% monopoly of gas transit to Europe will be established. All gas pipelines through which gas can be supplied to the EU will be in the hands of Gazprom. This point is underestimated in the EU and in Germany — they help Russia to build and strengthen both the supplier’s monopoly and the gas transit monopoly. Naturally, this is a security threat: when everything is in one pair of hands, there are risks of abuse. Russia will be able to disconnect any European country from the gas supply. Punish or encourage them in this way, manipulate the gas price.

Now Russia is trying to dump gas prices in order to take over a larger part of Europe’s gas market. German experts often say that Gazprom provides “the cheapest gas”. But this is not the case for Ukraine, Poland and the Baltic States. For Putin, all those things that seem to be business instruments — gas, infrastructure — are also instruments of hybrid warfare. Together with the export of gas, corruption is exported, as well as the lobbying of certain interests.

There are many alternatives to the Russian pipeline. Poland has proposed and intends to implement a project to increase the supply of Norwegian gas. For some reason, there is little enthusiasm about this in Brussels, although such a project enhances diversification, and Norway is a long-standing and proven supplier of gas that has never created any problems. The situation with Nord Stream 2 is setting up a conflict within the EU between Germany, Austria and France on the one hand and the other Member States on the other hand.

As Russia reaches these increasingly dominant positions in gas supplies, it will try to influence the Western energy market, to reformat it, to change the proportions between the types of fuel which are being used. This primarily concerns the use of renewable energy sources. Gazprom tries to say at any opportunity that biomass was not very good. They say that biomass gives the same bad emissions as coal. I have witnessed it myself when respectable scientists began to criticize the use of biomass. In this way, Russia knocks out the basis for using biomass: “Take gas, it’s cleaner than biomass.”

How construction of Nord Stream 2 could be prevented

Ukraine could be doing more. There is the tough position taken by Naftogaz regarding Nord Stream 2, but it is a corporate entity. Brussels or Vienna pay little attention to its arguments. From their point of view, a corporate entity (Naftogaz) wants to keep its business — and another entity (Gazprom) has the goal of growing its business, so there is a competition of interests. The efforts of Naftogaz are not sufficiently a priori.

There has been no shortage of statements from Ukrainian Presidents, Premiers, ministers, deputy ministers, etc. However, all these efforts are not synchronized — and there is nobody to do that. If there was a competent policy, especially in the face of Russia’s foreign aggression, the post of special Presidential Envoy on Energy Security would have been created. He would coordinate the work of the agencies and state-owned companies involved.

Ukraine should not only counteract harmful projects, but also try to retain transit at the same time, offering European partners the chance to join an international consortium and at least keep part of the gas transmission system in functional condition. Unfortunately, we understand that we do not have a responsible person to coordinate this work and, therefore, we are being little heard in Brussels.

It would also be important to engage the support of the US. The American law on sanctions from August, 2017 provides for the imposition of sanctions against Nord Stream 2. However, we do not see the White House’s activity in this area. Yes, there is a fundamental position taken by Congress that Nord Stream 2 is harmful. Yes, they imposed sanctions on Russia due to its actions against Ukraine, but these sanctions are soft and do not concern the energy sector, which is very sensitive. Europe, in essence, did not punish Russia for its brutal bombings in Syria, in the suburban area of Damascus. But all the time there are suggestions on mitigating or reviewing sanctions from Europe, from Berlin.

There are many such things which should be resolved not only through coordination at the level of Ukraine, but also coordination of the efforts of neighbouring countries, for example, Poland. The Polish example illustrates how they blocked the decision of the European Commission for the OPAL gas pipeline in 2016. Yes, temporarily, but they succeeded.

Now the only stumbling block that is left Nord Stream 2 is Denmark, because the Danish Parliament has decided to step up criteria when considering certain projects that are implemented exclusively in the marine economic zone, and in the criteria of national security. But for Russia this is not an insurmountable obstacle. In this context, coordinated work with the US side, which has the greatest impact on this project, is also needed. If America were to propose sanctions against contractor companies, this would put an end to the campaign, because neither Russia nor Germany have experience of laying deep-water pipes. Last year, when there debates in Congress and it was clear that a sanction law would be adopted, a wave of outrage arose in Europe that the Americans did not have the right to impose extraterritorial sanctions, because they saw the danger of the implementation of such a scenario.

Prepared by Vitalii Rybak
for UkraineWorld group
Next article

Why is Ukraine's security key for Europe and the world? What is a wider picture of the Kremlin aggression against Ukraine? Watch our video produced together with...
Reforms
December 19, 2017

As the third year of reforms in Ukraine draws to a close, current and potential international investors are calculating risks with an eye on the economy failures...