November 27, 2018
Ukrainian fiction is still a terra incognita for many reading people worldwide. For one thing, most people outside of Ukraine simply don't speak the language. And there's also a post-colonial bias against Ukraine: many think that its literature is simply a part of Russian culture, and inferior in quality. But they're wrong. 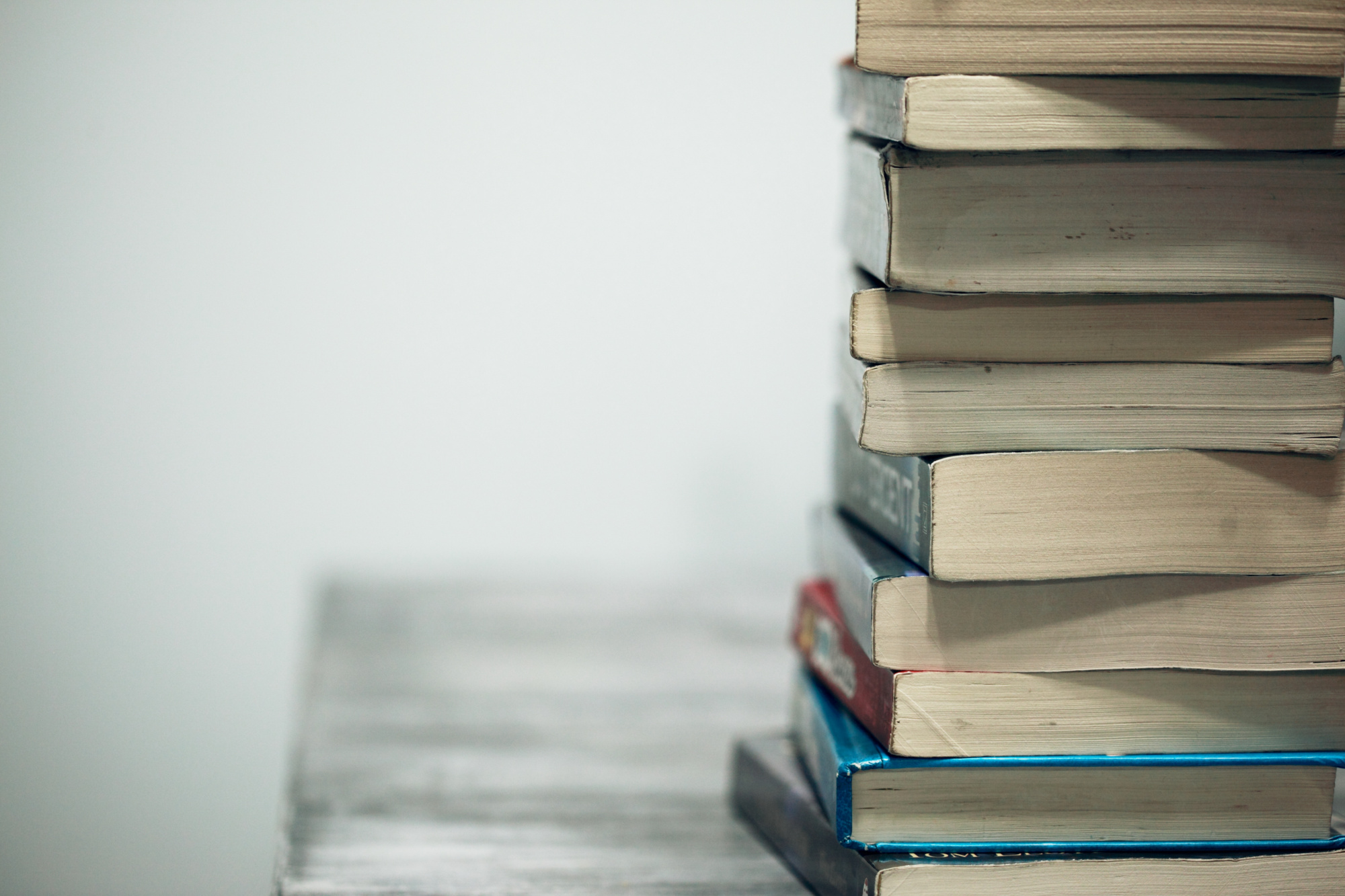 Not all of them can be read in English, however – at least, not yet. But if you'd like to discover Ukraine's literature for yourself, these English translations are a great place to start.

The following brief overview can give you an idea of what you can be reading in English today.

Serhiy Zhadan began his career as a brilliant poet. His verses in 1990 revolutionized Ukrainian poetry: they were less sentimental, reviving the style of 1920s Ukrainian avant-garde writers like Semenko or Johanssen.

Zhadan's writings drew upon his homeland: the industrial landscapes of East Ukraine

And they drew upon his homeland: the industrial landscapes of East Ukraine. His primary setting is in the working class towns of Slobozhanshyna and Donbas. His style, meanwhile, switches between street slang and explosive (often religious) metaphors that hypnotize his readers. His prose is laconic and dynamic, less metaphorical than his poetry - but again focused on the lives of the "forgotten", mostly young people in Eastern Ukraine.

Voroshilovgrad (the Soviet name for Luhansk, now occupied by pro-Russian separatists and Russian troops) tells a story of a young man called Herman who left his home city Starobilsk (in the Luhansk region) but who has to come back to his native lands to protect something that belongs to him. And maybe to protect himself and his identity too.

A movie Dyke Pole (Wild Fields) based upon Zhadan's novel was released in November, 2018 and became one of the most important cultural events of Ukraine this year.

Other works by Zhadan in English include:

Oksana Zabuzhko is one of the most read Ukrainian intellectuals and writers. She combines fiction with her own unique imagery, style, and philosophical ideas. This convergence of artistry and intellectuality distinguishes her writing among Ukrainian authors.

Zabuzhko's fight for women's emancipation is no less important for her than her fight for the emancipation of Ukrainian culture from Russian and Soviet dogmas. Her discourse is feminist and post-colonial; she combines feminism with patriotism in a way that would probably astonish some Western readers; it is difficult to classify her writings within the standard left vs. right political divide.

Museum of Abandoned Secrets is, perhaps, the most epic novel written by Zabuzhko – perhaps, in scope, the most epic in recent Ukrainian literature. It travels between different epochs (World War II, Stalinist USSR, and contemporary Ukraine) and explores questions about how Ukraine can remember its past , and how it can revive its national culture after decades of cruel oppression from totalitarian regimes.

A novel about how Ukraine can remember its past, and how it can revive its national culture after decades of cruel oppression

Other texts by Zabuzhko available in English:

Yuri Andrukhovych is another iconic personality in contemporary Ukrainian literature.

One of the founders of the Bu-Ba-Bu group in late 1980s (Bu-Ba-Bu stands for "Burlesque, Balagan (chaos), Buffoonery), together with Oleksandr Irvanets and Victor Neborak, he was among those who gave new life to a still-emerging Ukrainian literature. Bu-Ba-Bu marked a serious breakaway from socialist realism – the "official" genre of Soviet Ukraine – and from the 19th century focus on the suffering of the "common people". Instead, it focused on provocative humor and satire, narratives focused on the writer's subjective experience, bold riffs on cultural clichés, etc.

Perverzion is certainly among Andrukhovych's best novels. It tells a story of a Ukrainian artist Stas Perfetskyi who travels to Venice for an art festival and finds himself involved in bizarre, mystical adventures. The novel gives a sense of how Ukrainian literature regarded itself in the mid-1990s: keen on engaging with Europe and its cultural heritage, and keen on developing new narratives and imagery.

Ukrainian literature is keen on engaging with Europe and its cultural heritage, and keen on developing new narratives and imagery

Other books by Andrukhovych in English:

Andrey Kurkov is, perhaps, the most well-known Ukrainian writer outside of Ukraine. He's more famous internationally than he is domestically. He writes in Russian , but considers himself a Ukrainian author; he has openly defended Ukraine during the Euromaidan and the fight against Russian aggression. He is also among leading figures of the Ukrainian branch of the PEN-club, an international association of writers.

The Grey Bees is his newest novel, which will soon appear in English. It is set in modern Ukraine during the war in the East and Russian occupation; it tells the story of an ordinary beekeeper who travels across the frontline with his beehives.

The Grey Bees is set in modern Ukraine during the war in the East and Russian occupation; it tells the story of an ordinary beekeeper who travels across the frontline

Other books by Kurkov in English:

Lesya Ukrainka (her true name was Larysa Kosach-Kvitka) was a fin-de-siècle Ukrainian writer and one of the key modernizers of Ukrainian literature of the late 19th - early 20th century. The only woman in the Ukrainian pantheon of literature (which also includes Taras Shevchenko and Ivan Franko), Lesya Ukrainka was, perhaps, the most philosophical among the three. She is also one of the "mothers" of Ukrainian feminism.

Her writing is definitively centered upon great topics of European culture : early Christianity and the Roman Empire (Rufin and Priscilla), ancient Troy (Cassandra), the Don Juan legend (Kaminnyi Hospodar, The Stone Master) and many others. Even as it is grounded in history, however, Ukrainka's writing is directly relevant to modern Ukraine. Cassandra, for example, is a story about how a person willing to tell an uncomfortable truth is marginalized by her own community: a brief parable against contemporary populism.

Forest Song (Lisova Pisnia), meanwhile, finds its sources not in European history, but in Ukrainian folklore. It is magical and beautiful, mystical and lyrical: you don't just read it, you feel it, breath it, and drink it in.

Forest Song is magical and beautiful, mystical and lyrical: you don't just read it, you feel it, breath it, and drink it in

Like many of her contemporaries (Kotsiubynskyi, for example) and followers (such as the writers of the 1920s), Lesya Ukrainka set the heritage of European culture in a local Ukrainian contexts. And she did it perfectly.

Book on the website of the University of Toronto

Taras Prokhasko is one of Ukraine's most enigmatic writers. A biologist by education, he writes his texts as if they were penetrating into the very mysteries of life. He sits comfortably in the tradition of Western mystical writers like Meister Eckhart, and among European fin-de-siècle poets like Hofmannsthal, and in the French nouveau roman tradition with its non-linear structures and broken narration.

Unsimple tells a story of strange people living through wars - but "story" is hardly a proper word for this text. It is closer to a meditation, or a prayer.

It should be read silently, and slowly.

Unsimple is closer to a meditation, or a prayer. It should be read silently, and slowly

This early 20th century novella about the traditional customs and legends of hutsuls in the Carpathian mountains has become famous all over the world thanks to a movie by the same name filmed by Sergey Paradzhanov in 1964.

For is efforts, Paradzhanov was persecuted by the Soviet authorities, along with dozens of other representatives of the Ukrainian intelligentsia.

If you find this movie astonishingly beautiful (as we do), read the book it was based on – and you'll find it no less powerful. Shadows tells a love story – a kind of hutsul Romeo and Juliet about two young lovers whose families are at odds with each other, and that ends tragically. Its plot is charming and beautiful, but it also details the hutsul life, its myths and legends, its magic, tenderness and cruelty.

Other texts of Ukrainian literature you can find in English

I thank Oksana Lutsyshyna , a Ukrainian writer living in the US, for helping me to collect information about this topic

Over the past decades, Russian cinema has served not only as “art,” but as a tool of propaganda which dehumanized Ukraine and the West, preparing Russian citizens...
VIDEO
April 30, 2021

Ukrainian Guitars Win Fans among Musicians across the World