February 14, 2019
On February 11, Vladislav Surkov, one of Russian President Vladimir Putin’s key aides and ideologists, published a reveling article called “Putin’s Long State.” It is not an ordinary piece; it makes the case for a new kind of Russian expansionism, and it should be read closely and taken seriously. What does Surkov say? 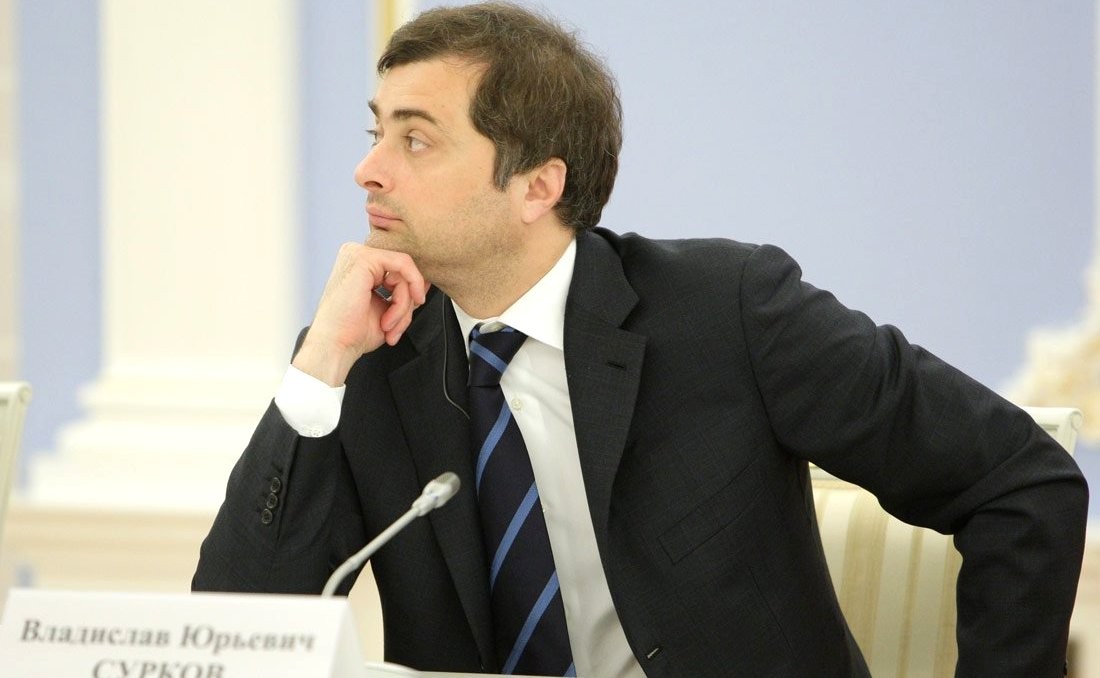 Second, Surkov sees Russia as an expansionist power. Of course, this is nothing new in Russian history. In the modern era, we've gotten used to this behavior, starting with Russia's aggression in Georgia, its annexation of Crimea and invasion in eastern Ukraine, and its involvement in Syria. Moscow defines its sphere of influence broadly and isn't afraid to make bold moves.

But Surkov's point is different. Russia will not only expand politically or militarily; it will also expand ideologically. In 2017, Xi Jinping's nineteenth party congress proclaimed that China will no longer imitate foreign models but will be a model for foreign countries. Putin's Russia dreams of something similar. Moscow isn't done with expanding the "Russian world" in Europe and beyond.

Surkov mocks Western worries about Russian "interference" in Western elections. The situation is "far more serious," he admits. Russia "started an information counter-offensive against the West."

But Surkov does not stop here. "Foreign politicians believe that Russia interferes in elections and referenda worldwide" but in fact "it interferes in their brains and they don't know what to do with their altered state of consciousness," Surkov writes. For Surkov, Putin is far more than a politician.

Putin's aide repeatedly tries to represent the Russian strongman not as a dogmatist, but as a visionary willing to say bold, heretical things. Putin's Munich speech in 2007, which he characterizes as "dissident," went against the world's clichés about geopolitics and political systems and his vision has come to fruition.

This is a cynical turnaround. Dissidents in Soviet Union were primarily morally upright people. Their enemies were KGB officers. Turning Putin, a former KGB officer, into a "dissident" is only one of numerous post-modern twists made by Surkov.

But what is also peculiar about the article is its shocking archaic references.

Although Surkov's aim is the future, he draws on old Russian clichés from nineteenth century religious philosophy. For example, he revives cliches about a wise and invincible Russian nation (narod), using a new concept of "deep nation" or "deep people." He denies free will, saying that nations should seek their predestined historical paths, which draws on old nationalistic nineteenth century Messianism. He also claims that while Western society is based on criticism, Russian society is based on trust; of course, he neglects to add that trust indicators are higher in the West than in Russia, and that "trust" in Russia is based upon violence and coercion.

Despite the historical references, Surkov's text should be taken very seriously. It epitomizes how Russian elites think and how we should expect Moscow to behave, even beyond the Putin era. The key element is expansion, which isn't limited to military power or geopolitics. It also wants to export its ideology and political model. Perhaps Russia has fewer levers to achieve these dreams than China, but it will certainly try.