October 5, 2018
Ukraine is terminating the Russian-Ukrainian Friendship Treaty of 1997. But was it ever respected? 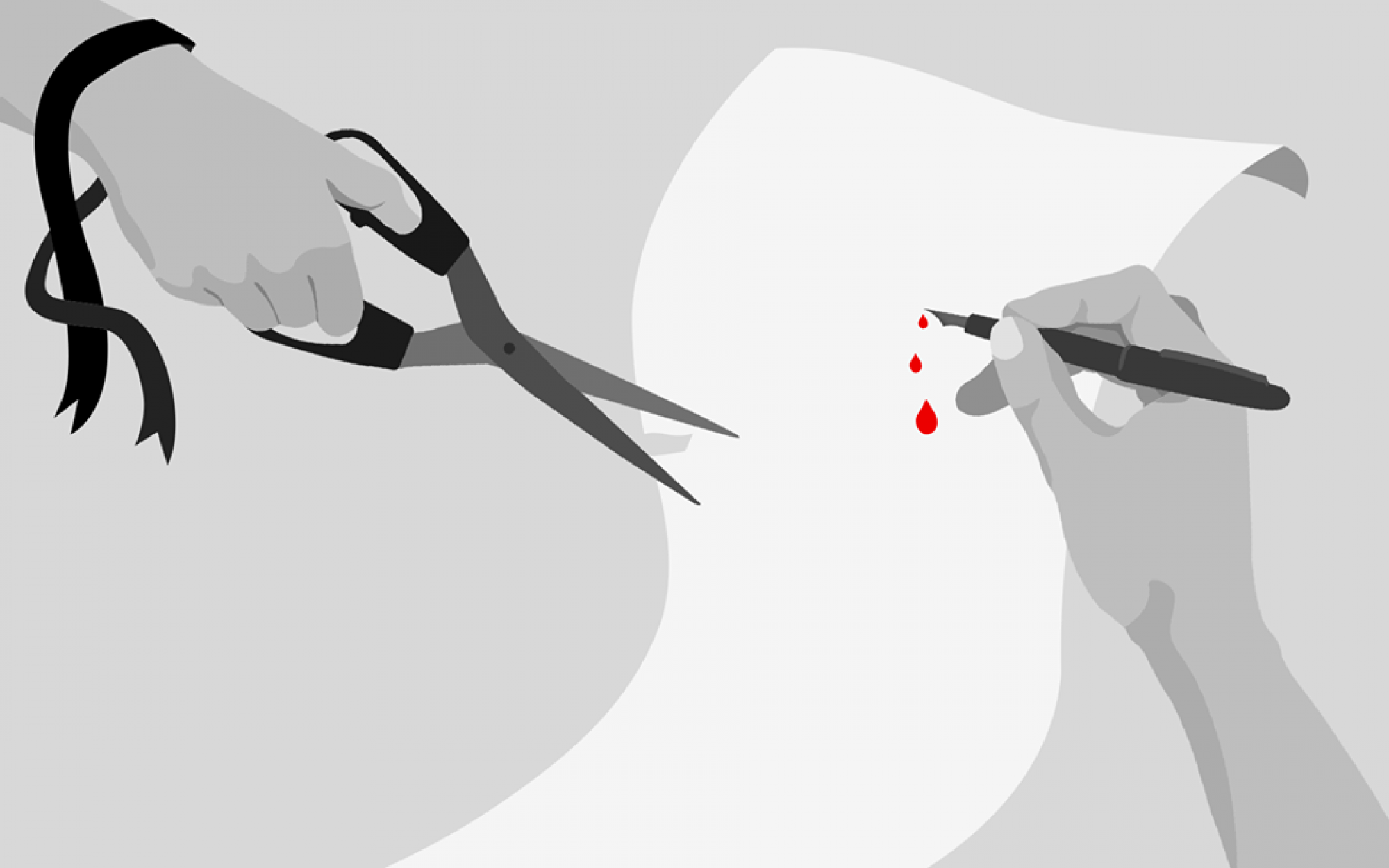 Five years ago, Russia seized Crimea and interfered militarily in eastern Ukraine. These actions were the most obvious and clear violations of the 1997 Agreement on Friendship, Cooperation, and Partnership between Ukraine and Russia - the so-called "Big Treaty".

On September 21, Ukraine's foreign ministry notified its Russian counterpart that the Big Treaty will not be renewed in 2019.

For Ukraine, the most important part of this treaty was Russia's agreement to respect the territorial integrity of Ukraine and borders between the two countries. This was clearly stated by Hennadii Udovenko, Ukraine's foreign minister in 1994-1998, when he addressed Ukrainian parliament during the ratification of this treaty in 1998. The Kremlin's recognition of Ukraine as a sovereign state and equal partner was crucial to the treaty.

For some in Russia's parliament, however, this central part of the treaty was a major setback. While addressing the upper house of Russia'sparliament duringitsratification in 1999, Yury Luzhkov, the mayor of Moscow in 1992-2010, said that with this agreement Russia lost Crimea, the town of Sevastopol, and access to the Black Sea.

Kremlin's primary concern has been to keep Kyiv in its zone of influence. Some provisions of the treaty were meant for this purpose. This ambition, however, contradicts with the principles of equality, sovereignty, and non-interference. Thus, during the Big Treaty negotiations, Moscow proposed clauses about economic dependence and dual citizenship. The latter would practically mean that Russians and Ukrainians belong to one nation.

Reading the document, one could notice a distinct emphasis on economic integration – the free movement of goods, capital, services, and labor – which never materialized. It doesn't mean that Ukraine didn't want to keep close economic ties with the giant Russian economy.

"But Russia hasn't done anything to develop economic integration," said Taras Kachka, an advisor of the Ukrainian foreign minister. "Instead, it has exploited these things as a tool to keep other post-Soviet countries within its area of influence."

For example, Russia committed to refrained from economic pressure in the treaty. Nevertheless, the Russian company Gazprom stopped supplying gas to Ukraine in 2006. Earlier, Kyiv had opposedan economic integration with Russia, Belarus, and Kazakhstan and confirmed its European aspirations.

In 2013, the Kremlin imposed trade restrictions on Ukraine to prevent the countryfromsigning the Association Agreement with the EU. This was a clear violation of the Big Treaty, a trade war which preceded Russia's military aggression in 2014. Sergei Glazyev, an adviser to the Russian president, even warned Ukraine of social unrest andthepossible secession of pro-Russian regions if it signed the agreement with the EU.

Despite these many controversial elements, the Big Treaty as well as other bilateral Russia-Ukraine agreements don't even provide for dispute settlement mechanisms such as the International Court of Justice. The Kremlin has instead preferred to rely on economic and political leverage instead of international legal tools.

Security was another aim of the parties, but that meant different things to both parties. Ukraine considered the agreement a way to build friendship and partnership with Russia, to ease tensions with the Kremlin, and to keep peace in Europe.

The Russians, in turn, discussed how it would affect the prospects of Ukraine's membership in NATO. Ivan Ivanov, Russian foreign minister in 1998-2004, said during the ratification that if the parliament didn't ratify the agreement recognizing territorial integrity of Ukraine, it would push Kyiv closer to NATO. Meanwhile, Vladimir Zhirinovsky, an odious Russian MP, said thatthe treaty recognizing borders would open doors for NATO membership.

Russians emphasized that the treaty prohibited no actions or agreements against the other party, but they considered a possible NATO membership and the EU-Ukraine Association Agreementas directed against Russia.

Why it is ending now

Despite all of these violations - even after the most blatant ones like the annexation of Crimea and military support to pro-Russian separatists in Donbas - Ukraine has still kept the Big Treaty in force for practical reasons.

Previously, there have been two draft bills in the Ukrainian parliament to terminate the whole treaty or some its provisions. Neither was put into the law at that time. The termination takes place only now, about five years after the start of Russian aggression.

Ukrainian authorities explain that with the help of this agreement Ukraine could legitimately claim that the Kremlin was violating the legal basis of Ukraine-Russia relations. And therefore Ukraine needed to have the treaty in force, at least it went to court .

"It is important to appreciate that invoking this treaty contributed to the caseof Yanukovych's loan _[_taken from Russia by the former pro-Russian president in 2013 - ed.)," continued the minister. "And now the Russian armed aggression and hybrid aggression will be considered by the London court."

But according to the provisions of the treaty, its renewal is automatic unless a party terminates it six months before the expiry due on April 1, 2019.

"We cannot agree to extend the treaty because it would mean a de facto recognition of the current state of affairs," says Taras Kachka. "But this termination does not affect the obligations to fix the breaches; ongoing judicial settlements; and other bilateral agreements, like the boundary agreement, and international legal commitments."

Although it will end as of 2019, its provisions will still apply to the Russian violations prior to its termination and can be used in a court. Also, many principles - like sovereignty, equality of states, non-intervention, territorial integrity - are also the general principlesof international law. Which means that the parties must respect them.

How can we look at Ukrainian history in new ways? How can we view it from a multi-national, international or global perspective? Listen to our podcast to find out.
VIDEO
May 30, 2022