Why Ukraine Is a Space Nation

June 14, 2022
Ukraine is now the 10th member of the world’s elite club of space nations. Read our new article to find out more about how this industry develops in the state. 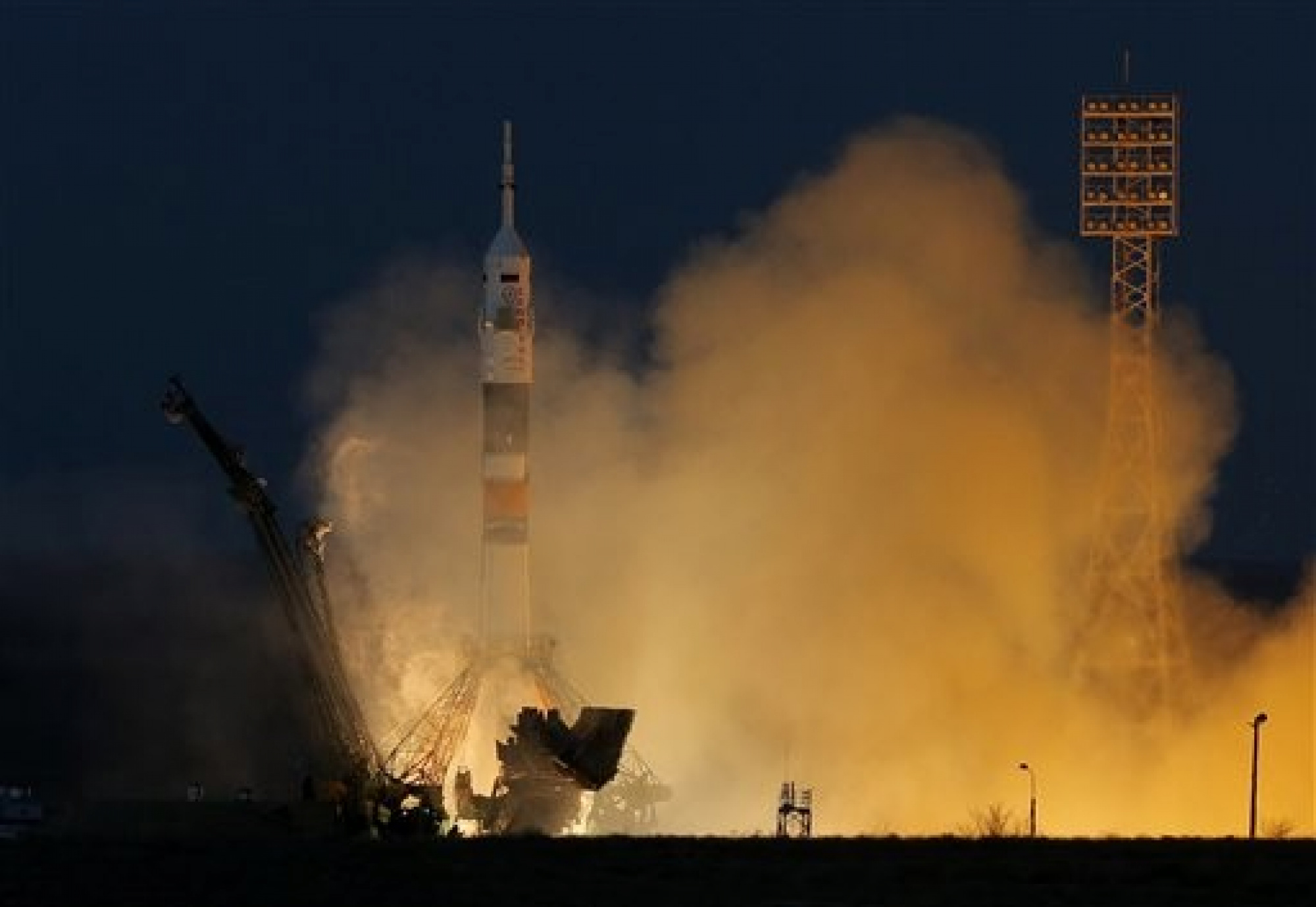 The production of space technology is the pinnacle of world engineering, since the construction of aircraft and launch vehicles requires tremendously strict requirements for operation reliability under extreme temperatures, high radiation, the vacuum of space, tremendous G-forces, and other tremendous stresses. This  is the reason why designs for space technology are so sophisticated and involve so much duplication of systems, require the use of high-strength and highly durable materials, and employ such  advanced electronic equipment and specific software. However, Ukraine is not only capable of producing world-class space technology now, but also has great prospects for further development in the industry. So let's take a look at the key enterprises that form Ukraine's space industry.

The tandem of the Pivdenne Design Bureau and the Pivdenmash plant in Dnipro remains at the forefront of Ukrainian space.

In Soviet times, they mostly designed and produced intercontinental ballistic missiles (ICBMs) for the Soviet nuclear forces. However, the difference between ICBMs designed to destroy objects and boost rockets launching cargo into space is quite substantial: a series of Cyclone launch vehicles manufactured by Pivdenmash is a modification of its R-36 intercontinental missile. The reliability of the products of the Dnipro rocket builders is evidenced by the fact that during the first modification of the Cyclone-2 launch vehicle, all 106 test launches carried out were successful. This launch vehicle is the only one in the world with a similar record. Another iteration of this series, the Cyclone-4M, designed to be launched from a spaceport Nova Scotia on Canada's Atlantic coast. Its construction and deployment is being managed by Maritime Launch Services.

At the same time, the Pivdenne Design Bureau and Pivdenmash, together with the Ukrainian companies Hartron-ARKOS, Hartron-YUKOM, Kyivprylad, CHEZARA, and RAPID, have developed and started producing the basic design of the first stage of the Antares launch vehicle commissioned by America's Northrop Grumman Corporation.

A rather promising development in the Ukrainian space industry is the so-called "Air Launch" technology developed by Pivdenmash — a system for launching microsatellites into orbit with a solid-fuel engine from a transport aircraft in flight. The Italian company Italspazio and the British Orbit Boy are also involved in this project.

It should be noted that Pivdenne also has a bureau which designs rocket engines known as DB-4. Its projects, which are now in demand by foreign rocket manufacturers, include first and foremost the RD-843 engine (Attitude and Vernier Upper Module) of the Vega light rocket, created by the European Space Agency. The bureau has also participated in the development of engines for the Chinese Long March family of rockets, whose power units are based on the RD-120 Lox/kerosene engine, which was used in the second stage of Pivdenmash Zenith rockets. The Korean Aerospace Research Institute (KARI) has also benefited from the Ukrainian space titan's work: a number of units and systems for the KSLV family of rockets, created under Korea's national space program, were ordered from Dnipro.

The Dnipro Space Cluster also includes the Pavlograd Chemical Plant, which specializes in the production of jet fuels. The plant, in turn, includes a specialized research institute that designs various types of rocket fuels, along with conducting research for the development of jet engines.

Control systems, navigation systems for launch vehicles, and spacecraft of the Soviet and post-Soviet eras were designed and manufactured by the Kharkiv-based companies Hartron, Monolith, and Kyivprylad. They produce launch vehicles including the Dnipro and Cyclone—3.

Several enterprises which covered almost the entire production cycle of launch vehicles during Soviet times are no longer self-sufficient today.

Analyzing global trends in space technology, we see that modern models are not created by individual firms, but are rather the product of broad cooperation, often between countries. This approach, due to fierce competition for quality it engenders, enables the creation of truly. world-class products.

Space industry manufacturing have brought in lots of foreign companies, as was the case with the Antares launch vehicle. Ukraine, of course, cannot compete on the same level as space rocket giants like America's Space X, Blue Origin, and United Launch Alliance. On the other hand, our products may well occupy certain niche positions, even in the American market for technical solutions for budget space systems. Secondly, we can work confidently with ambitious countries that are trying to implement national space programs. For example, the Turkish companies Roketsan and Turkish Aerospace Industries are interested in using Ukrainian parts in their space projects. When it comes to building rocket engines themselves, cooperation with the Indian Space Research Organization (ISRO) has been mutually beneficial.

However, it is not only the production of hardware that makes Ukraine a space nation. The operation of spacecraft requires developed terrestrial infrastructure for space observation and the control and processing of information received from orbit. These functions are assigned to the National Space Surveillance and Analysis System and the Center for the Reception and Processing of Special Information and Navigation Field Control. The latter includes the PS-8.2 station for receiving and processing information, which carries out reception and processing of information from remote sensors of the Earth, received from any spacecraft in the world.

Yet wouldn't be possible without the development of a unique piece of equipment, called Zbruch. It is a long-range radar for radio monitoring of objects in outer space, which was developed by the Arsenal factory in Kyiv plant, and which was commissioned by the State Space Agency of Ukraine. The Zbruch station is part of the National Center for Space Management and Testing, and is designed to detect both artificial objects and space debris in Earth orbit. The computing component of the radar can calculate the trajectory of falling fragments, and thus predict whether they pose a threat to people or infrastructure.

At the same time, Zbruch has helped to catalog more than 12,000 space objects so that their trajectories can be monitored.

Still, the Ukrainian space industry has its problems. Many competencies from Soviet days have atrophied, and inefficient government structures have proven a hindrance to further development of Ukraine's aerospace sector Ukraine. This is primarily due to the state's monopoly over the space industry — for a long time, Article 4 of the Law on Entrepreneurship declared that activities related to the creation of rocket carriers can be carried out exclusively by state-owned companies. It should be noted that a significant part of the funds planned to be raised for the development of Ukraine's space industry must come from investors, who, in turn, are usually quite hesitant to invest in government agencies.

However, a branch of the American private aerospace company Firefly Aerospace is already operating in Ukraine. They run the experimental production of rocket components and their laboratory testing out of Dnipro, where the company's R&D center is also located. The research center of the British space firm Skyrora, founded by Volodymyr Levykin, a native of Zaporizhzhia, has also opened in our country. There is some progress in the development of Ukrainian non-governmental organizations specializing in the development of jet engine technologies.

Another enterprise related to the space industry is the Scientific and Education Center (SEC) "Aerospace Center" of the National Aviation University of Ukraine, located in Kyiv. From the outset, the SEC has pursued close cooperation with other space organizations, including the Pivdenne Design Bureau and the National Space Management and Testing Center, as well as with  private space industry enterprises and startups.

Some of the SEC's most interesting ongoing projects include: "Aeneas" — a robot designed to penetrate the lava tubes on the surface of the Moon or other planets. It is a truncated icosahedron with solid-fuel pulse engines on its faces. These engines help the robot to jump Groups of these robots will disembark from a base ship near a sinkhole leading to a lava tube, and, while coordinating with and reinforcing each other, attempt to penetrate inside. The robots will carry a set of scientific instruments that will determine the conditions inside the tube, such as the presence of residual atmosphere, dust, sharp debris, etc., which will allow scientists to investigate the viability of sites for the first lunar colonies. As of 2021, Aeneas has managed to make several jumps at its test site.

Talaris is a light aircraft for moving between the orbit and the lunar surface, as well as for short-distance flights on the Moon. It can also act as a means of evacuation from the surface or an orbital station.

Hrono is a modular light launch vehicle. Due to the use of mass-producible modules, the rocket is set to become the world's cheapest orbital carrier of this class. With sufficient production, there is a chance to reduce the start-up cost to $1 million. Development of the project began with an order from a foreign customer, but SEC's developers and management hope to one day have regular launches of spacecraft from Ukraine.

SEC members have filed patent applications for solutions that can reduce the cost of work and increase the reliability of traditional rockets with liquid fuel engines. For example, one of their inventions allows rockets to avoid using a turbopump unit, which is the most complex unit of a rocket jet engine and makes up a significant part of its cost. The center is working on a revolutionary solution to solve the problem of deteriorating solar panels on spacecraft, which will dramatically simplify and lighten spacecraft design, as well as increase reliability.

Some progress has been also achieved in related industries. Thus, SEC employees have developed new formulae and technologies for the production of solid rocket fuel for various tasks from slow, stable combustion to high-speed combustion on the verge of detonation.

Unfortunately, since February 24, 2022, the SEC has been forced to somewhat scale back its activity. Several of its employees have volunteered to join the armed forces, while others have been evacuated. However, all of them are attempting to keep working remotely, as much as circumstances allow, and hope to continue working on space exploration after Ukraine's victory.

Thus, we hope that eventually these ventures will grow stronger over time and provide a great boost to Ukraine's space industry. Ukraine must remain one of the world's leading space powers.

The life-and-death nature of the healthcare industry might be a factor to slow the adoption of new technologies there but the digitalization of hospitals is underway.
PODCAST
October 6, 2020