July 27, 2022
The story of Kyrylo Bychko from Chernihiv, whose family survived the active hostilities in the city. 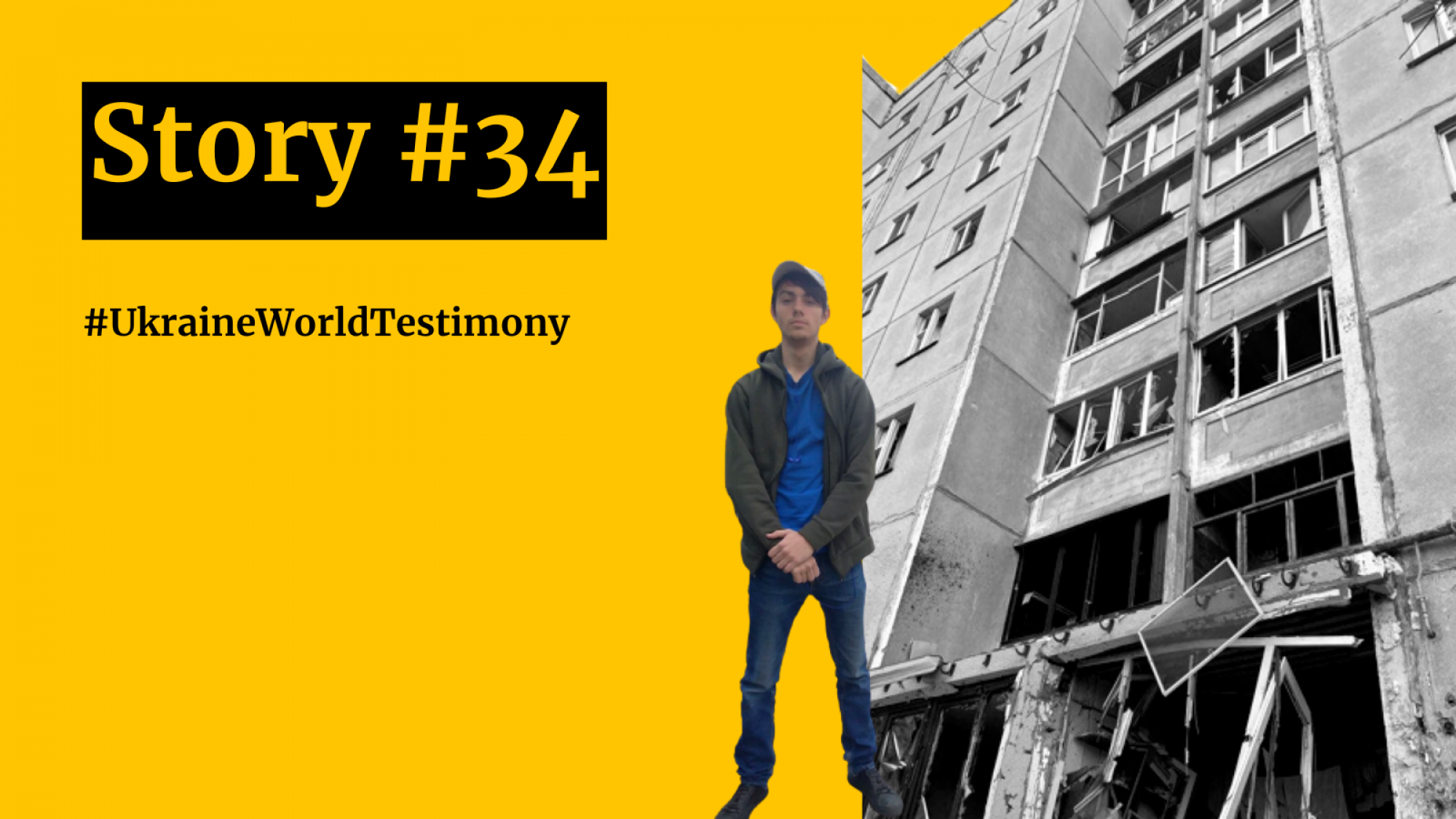 To be honest, I did not believe in war at all. I thought it was all a bluff, and that people there (in Russia) were not so inadequate. My family wasn't afraid, we all thought that nothing like that would happen. On February 24, I woke up at 5 or 6 in the morning, read the news on my phone and couldn't believe it. Then we turned on the TV, and there all the state TV channels were talking about the beginning of a full-scale war. I was scared. My first thought was to go to Lviv. I packed an alarm suitcase: documents, water, food, all the essentials. And then I watched a video of military man Yevgeny Karas, and I felt relieved. I believed in our army and did not go anywhere.

Later we found ourselves surrounded, and there was no point in leaving. I didn't want to risk and trust my life to the Russians, go through their checkpoints or somehow through fields. We decided that we live on our land and will not leave it.

We have a basement in our house, and at first we used to go down there. However, on February 28, a mine fell right near the basement, cut a gas pipe, and injured several people with shrapnel. We decided to go from there and sit in the apartment between two load-bearing walls.

Before the war I was not very sociable. I didn't even know my neighbors. But then we became friends, started to support each other. When the electricity and gas went out, the guys from our house made three brick ovens on the street. We cooked food on a bonfire in them.

We clearly distinguished who was shooting and where. When our soldiers shot, we did not hide anywhere. When the Russians shot, we fell to the ground. To be honest, I reflected on how a person could adapt to anything.

Once, we were cooking outside, and we heard that mines were flying towards us. But there was no fear anymore. I heard the first explosion, lay down, then heard the explosion again, got up and continued cooking.

According to the same principle, my mother and I went to fetch water on bicycles. The first explosion, we lay down, the second explosion, we got up and drove on. Thanks to God and the Armed Forces of Ukraine, we did not suffer much during the war.

But my grandmother was under occupation. She lives near Izyum, Kharkiv region. That's where the horror was. The local farmer there was forced by the Russians to butcher all the cattle and give them to them. Peaceful people who wanted to leave were killed. Their bullet-filled bodies were not even given to relatives.

Fortunately, Kyrylo's grandmother managed to leave for territory controlled by Ukraine. Kyrylo is not afraid of a repeated attack on Chernihiv by the Russians, because now the Ukrainian military is ready for it and will simply "grind them at the border and that's it".

Grain Agreement: Ray of Hope or the Russian Bluff?

On November 25, Russia opened fire on three Ukrainian ships in the Kerch Strait and then seized them. Ukraine blamed Russia of military aggression and violation...
VIDEO
May 24, 2022

Russian atrocities in Ukraine were possible in the first place because of years of propaganda which dehumanized Ukrainians calling them “Nazis,” murderers, and thieves...