July 22, 2022
The story of Victoria Markova from Chernihiv, whose house was left in ruins due to Russian shelling. 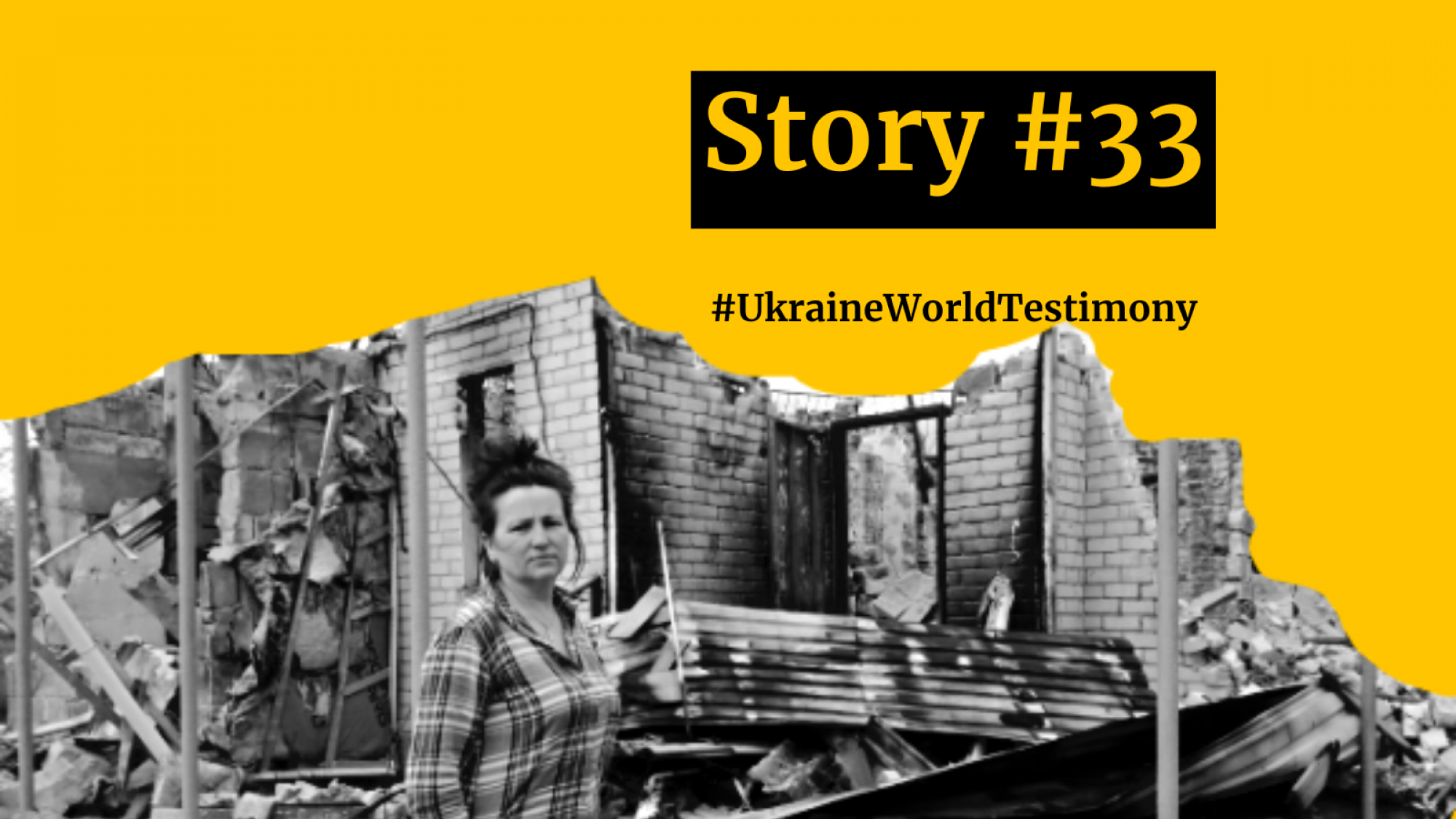 “On March 5, we no longer had electricity or gas. When the powerful daily shelling started, I couldn't sleep anymore. Earplugs helped me a little, as it wasn't so loud.

We were hiding in the cellar that morning, and at one point we heard a very heavy crash. We immediately realized that something was wrong. When we left the cellar, there was smoke and the smell of burning everywhere. We could not see anything.

Our house was destroyed. My husband and I were shocked. We couldn't believe it, because this is our whole life, everything here was made by our hands. There was so much joy and happiness in this house, so many friends had gathered.

Before the war, I was given a manual at work on how to act in case of military operations. It was clearly described how to drop to the floor during shelling. My husband and I laughed then, thinking that this could not happen.

Then suddenly we heard that something was flying again. And I realized that it was flying right towards us. And I shout to my husband "Down!" If he hadn't fallen, he wouldn't be there anymore. He was badly injured, we were not mentally prepared for it, but he survived.

It was very difficult to gather my thoughts, my son was crying. My husband has a bad contusion, he could not hear us and did not understand what was happening. Shelling continued, something was flying and flying around. I barely dragged him into the cellar.

We had a candle and a lantern there. I had scissors, and our neighbors brought us some cloth to bandage my husband's shrapnel-cut leg. The ambulance could not come to us, so we had to wait until morning. It was a very difficult night.

We were so afraid that my husband would bleed out, everything was wet, so we constantly changed the bandages. I was sitting and praying. Fortunately, we got to the hospital the next day and my husband underwent two surgeries.

My husband remained under the supervision of doctors, and my son and I had to leave the city. There was nowhere safe to stay,” she explains.

"I ask God for forgiveness for wishing them (Russian soldiers) death. I'm sorry, I understand that you can't say that, but for all that they have done, there is no forgiveness for them. People don't do that," Victoria says.

Victoria and her son spent exactly one month in a safer city and returned. The family has no money to build a new life in a new place, so with the help of good people, they will try to restore the destroyed home.

What Do Ukrainians Think About the War

With an eye to the future, officials in the Russian-occupied territories of Ukraine are waging a campaign of “patriotic education” aimed at reaching the hearts and...
PODCAST
February 26, 2020