Ecocide in Ukraine: How Russia is Killing Ukrainian Environment?

August 29, 2022
The story of Anzhelika, who left her native Kharkiv due to Russian military aggression. 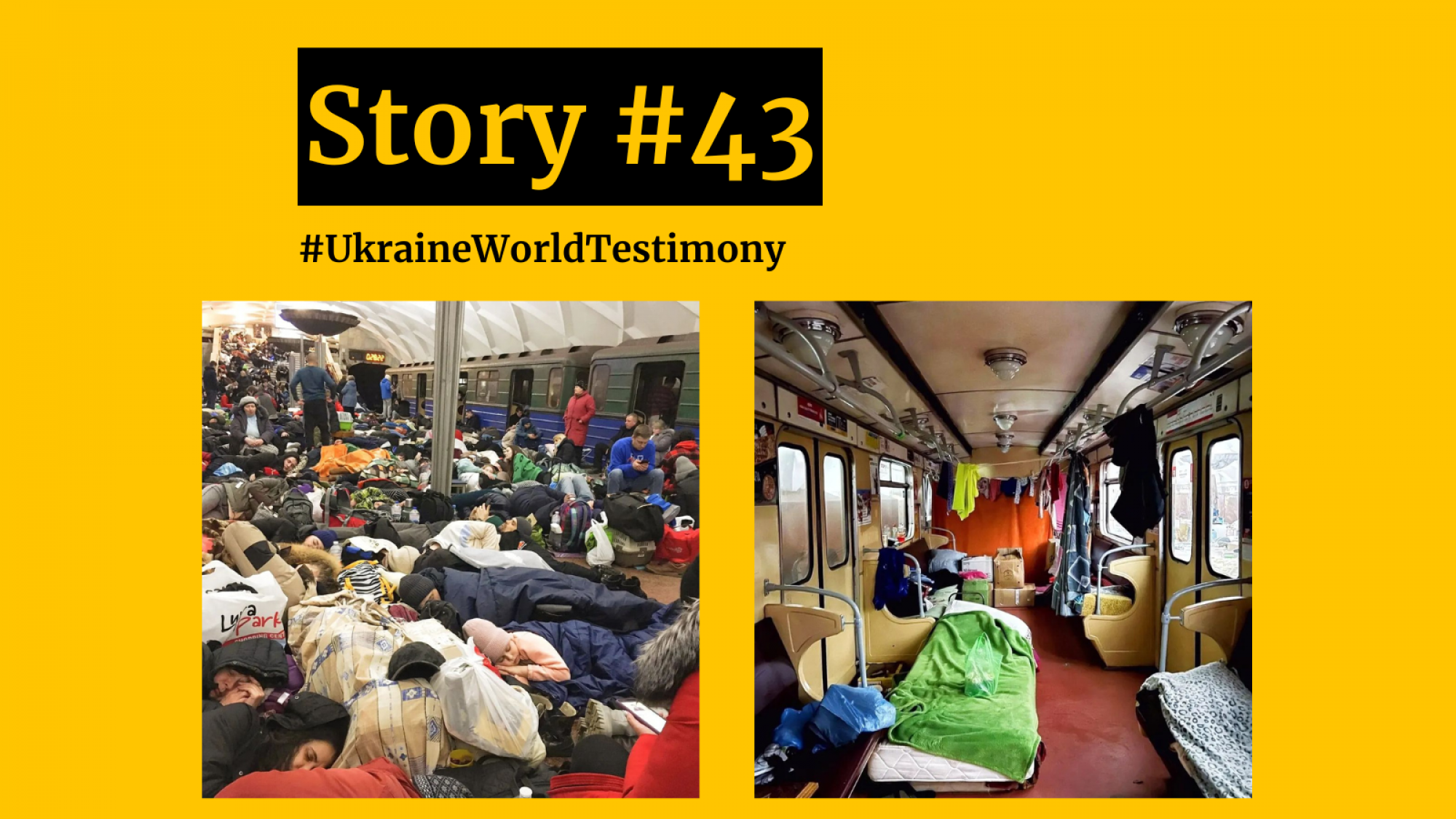 On Feb. 24, I sat down at the computer and did not go to sleep for a long time. At 5 in the morning, I heard loud explosions, the water went out, wifi, TV went out, and unfortunately I forgot to top up my mobile phone. Awareness of the tragedy did not come immediately. None of the friends who left on the very first day called.

I will never forget this fear. It is impossible to eat, drink, sleep. Near us, there is only a subway where you could hide. And it is also difficult, because when you go there and stay for several days, you are already psychologically afraid to go home.

We found a driver to drive us to a safe place, but there was very heavy shelling and cases of Russians shelling civilian cars, so we were refused.

We couldn't get to the train station for a week. Taxi drivers, whose telephone numbers were in the telegram, did not pick up the phone. I understand, there are many people, panic, everyone is calling. Still, we managed to catch a car near the store and get to the station.

Driving through the shattered center of Kharkiv brought tears to my eyes. Finally we are at the station. There are a lot of people. While you're standing outside to go inside, you can hear shells flying nearby. When we got inside, it was very hard to squeeze through. I even had a little panic attack, although I never suffered from it.

The second stage is to board the evacuation train. We could not get on it on the first day, there were many people. People left behind their belongings, even their pets, who were running on the platform desperately searching for their owners.

We had to spend the night on the cold floor. We found a large piece of rubber carpet with artificial grass, mom and grandma were able to sleep, I couldn't. It was very cold, but many thanks to the volunteers who fed us and warmed us with hot tea. Grandmother was not deprived of attention, she was offered soup, then cookies, then water.

We boarded the train only the next night. And only because we got on the track at random. We didn't wait inside the train station. When the train arrives, there's a terrible crowd at the station. We were lucky, the train was Kharkiv-Uzhhorod.

There were 10 women in our compartment, we slept sitting up. There were also people in the aisles. It was very hot, because we drove slowly. The train ran out of water, people began to panic. We reached Uzhgorod in 34 hours because the track was broken near Kyiv.

Finally we are in Uzhhorod. Buses ran from the station to the border with Slovakia. Arriving at the border, we saw a huge queue. It was very cold, but luckily we were given blankets and hot tea, and there was also a toilet. We stood in line for 6 hours.

On the other side of the border, Slovak volunteers welcomed us very warmly. They gave my grandma gloves, gave us hand warmers, helped carry bags, gave free SIM cards.

We were taken to a small refugee camp. They fed us there, gave us basic necessities. We slept in sleeping bags. The next morning we moved on.

Anzhelika's grandmother's dream is to find the grave of her father, Anzhelika's great-grandfather. So, finding themselves in Germany because of the war, the family hopes to make this dream come true.