Story #44. Separation from Family and Boyfriend due to War

August 29, 2022
The story of Аlina Fortushna, who was separated from her family by the war. 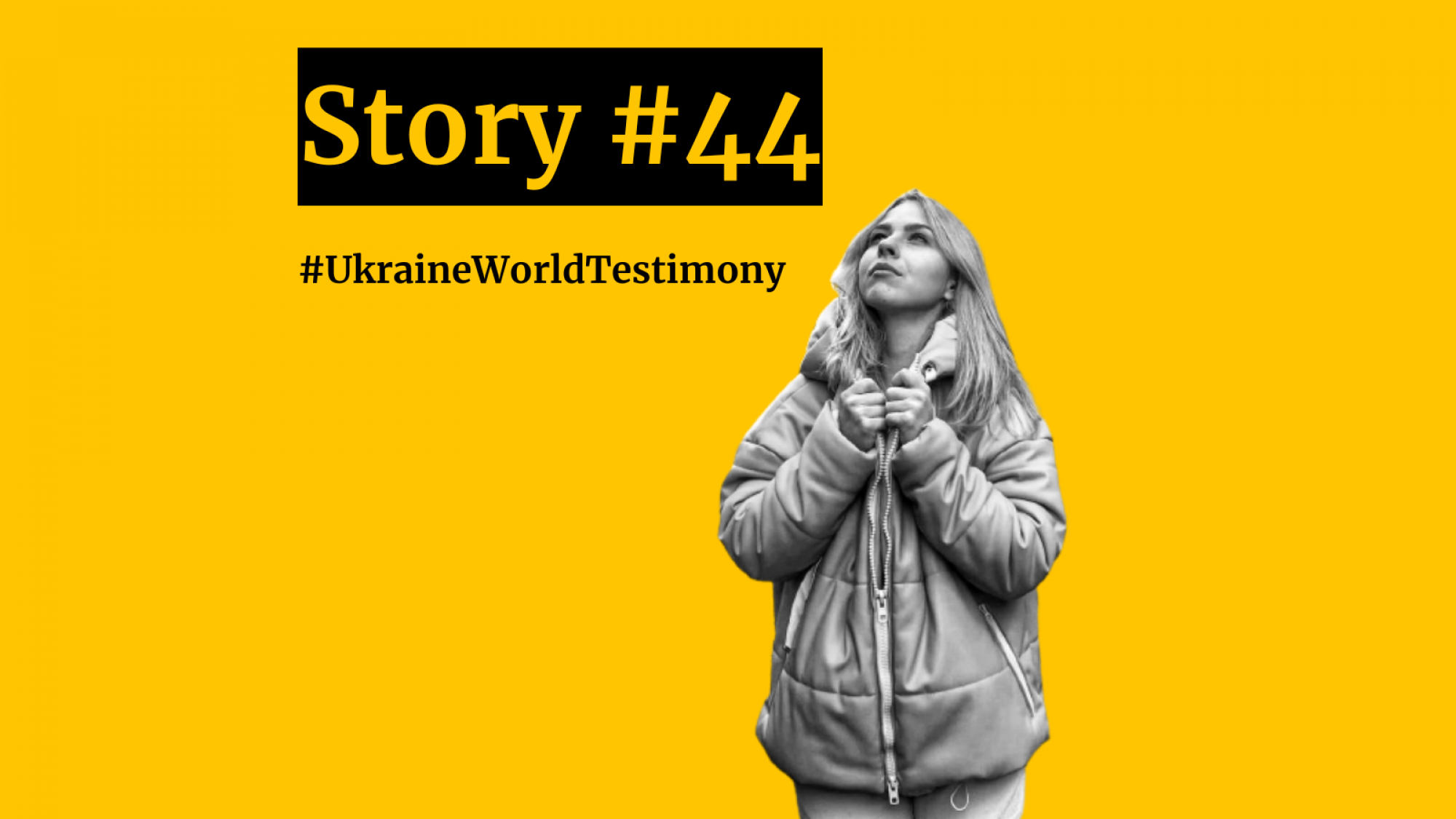 On January 28, 2022, I got the famous "golden call": "Hello, is this Alina? We want to congratulate you, from now on you are part of our airline!" Almost every girl dreams of becoming a flight attendant at least for a day, and I am no exception.

Of course, I was jumping for joy. I was promised that the preparatory courses would start on February 15 in Kyiv, and my base would be in Kyiv, which was important for me. I saw my future at home in Ukraine, but with interesting business trips abroad. My family, my beloved, are all in Kyiv.

On the night of February 15, I got a call: "Get ready, there is a danger of an attack on Ukraine, we are taking all employees abroad by car. There are no more free seats on planes." The trip was planned for 2 months, and if nothing started, we would be returned.

After that, I cried all night, but my boyfriend insisted that I should go, because being a flight attendant is my dream, and he would fly to see me every 2 weeks. But unfortunately, not even 2 weeks have passed since the war started.

At first, my trip was interesting: changing time zones, foreign instructors, new locations, airplanes, acquaintances, English practice. Everything was like a fairy tale until February 24.

At 5 in the morning, my best friend woke me up and said it began...

Then my mother called and said that explosions were heard; then my beloved called as well. And time stopped. Tears were flowing, my heart was pounding, everything was like in a fog. I called my family every second and shouted for them to run away. I didn't understand any information, I didn't know what to do.

February 24 is the day that destroyed my plans and hopes. I was waiting for a protest from the Russians, I wrote to all my acquaintances from Russia and Crimea, with whom we had a wonderful conversation yesterday. I considered them people. But it was all in vain.

I felt pain. Why do they publish stories from dates, clubs, from birthing rooms, where they give birth with their husbands, and not a thousand kilometers from home? And none of them care about our lives. Men are at war, women are scattered around the world, people are dying. It's still hard for me to accept that life is continuing elsewhere.

I remember how sick I was in the first weeks of the war, when I saw fireworks in Romania, birthday celebrations, parties until morning. And the whole of Ukraine cried bloody tears. Now it's easier to accept, but it's even scarier because we're getting used to war.

As for me, my family insisted that I stay and settle my life here while Ukraine is dangerous. At the time, I still thought it was for 2 weeks at the most, so I agreed through tears.

It was hard to concentrate, I cried 10 times a day, watched the news 24/7, didn't eat or drink, called my family, didn't sleep at night. But I decided to study and then decide what to do next.

I barely remember the first month of the war, because I was running on adrenaline, first from stress, and then from depression. Although there were smiles and a bit of positivity from my team, which was extremely supportive.

Fortunately, my family was safe, first in the West of Ukraine, and then my sister and my little nephew and my mother came to me. We all left our husbands in Ukraine which is the biggest pain to me today. We don't know when we will see each other again.

Meanwhile, the first month of my studies and the war was coming to an end. The first stage of the exams was behind us, but none of us knew where we would work. There was no mood to work somewhere, we dreamed of getting home. Our ID Cards still said "Kyiv".

All I could do at that time was to help those who were worse off. I remember how my friend, who was in a flashpoint, dared to run. I did everything to meet her at the border with Hungary. She arrived with one backpack, almost no belongings, no money, scared and frozen at 3 o'clock in the morning.

Then I hid her in a room paid by the company just for me, and my colleagues shielded me. This time has really united us all. Unfortunately, due to such terrible circumstances...

Alina realized that she would be abroad for a long time. After graduation, she didn't get a job right away, she considered the offers for a long time, and refused some of them. Sometimes she wanted to leave everything and go back home.

But after a while, Alina received a letter. Unexpectedly, she was offered three bases to choose from: Gdansk, Wroclaw and Larnaca. Alina chose Gdansk to be closer to Ukraine. Sometimes Alina has no strength, and tears roll by themselves, but she continues to live and wait for the moment when she will be able to return to Kyiv to her loved ones.

What Is the Womanly Face of War?

Ukrainian artists, scientists, fashion models, TV celebrities,- many of them have joined Ukrainian defence or volunteering to help the army or civilians. Look at...
PODCAST
June 15, 2020