The Second Front: How Ukrainians Are Fighting Cancer During The War

Story #48. Child Birth During the War

September 14, 2022
The story of Kateryna Kondratiuk, who gave birth to a son during the war. #UkraineWorldTestimony 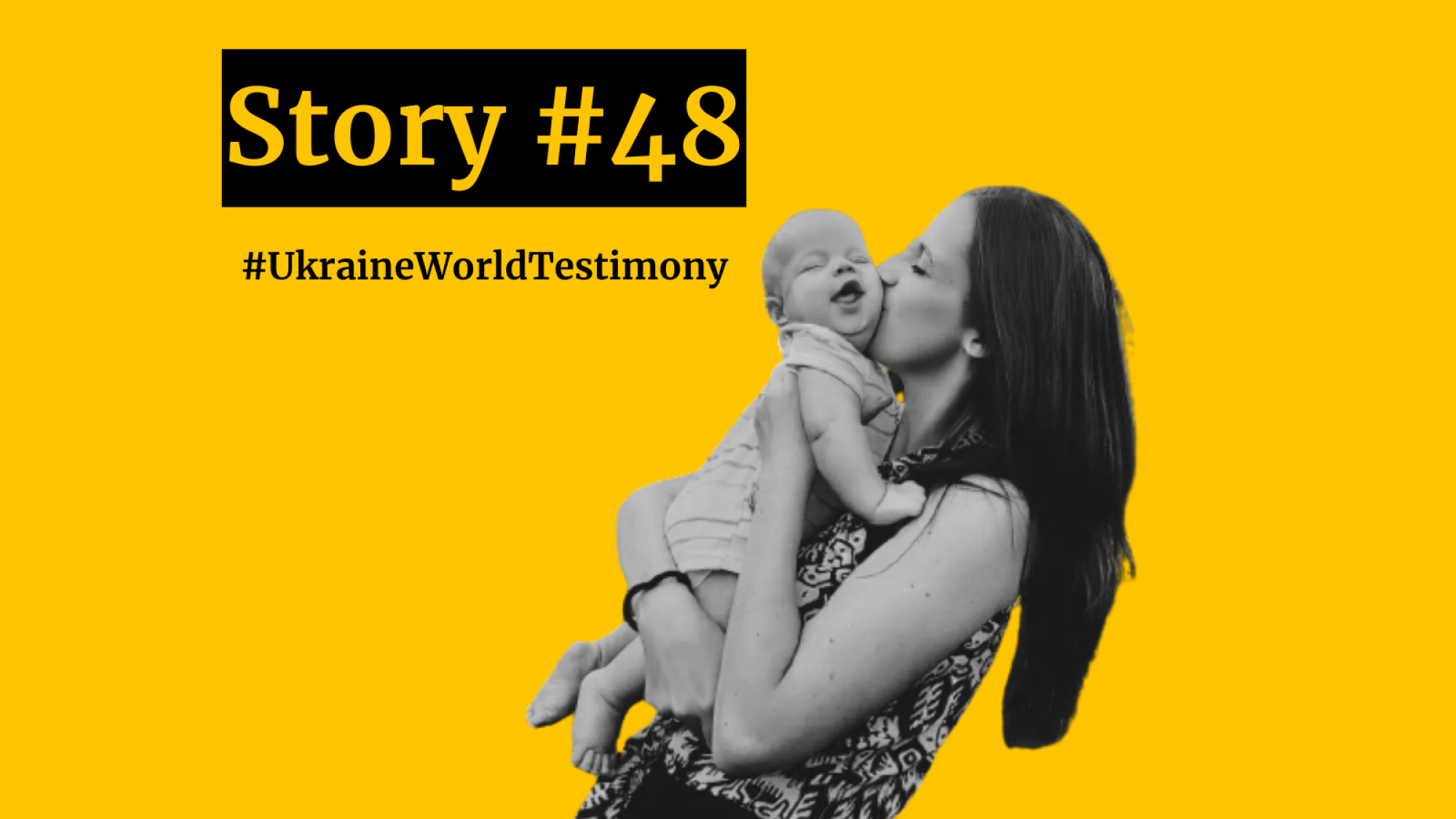 On Feb. 24, I was 7 months pregnant. I woke up at 5 am and went to the toilet. But I couldn't fall asleep because the neighbors from above were running and shouting. The woman ran out of the entrance with her child and ran somewhere.

It was strange, so I started reading the news. I was in shock: explosions in Kyiv, Kharkiv, Vinnytsia. The war had started. Russia had attacked Ukraine, cruelly at night, while everyone was sleeping.

I woke up my husband, and we turned on the TV: everywhere was on fire. We began to think about what to do, and then we heard something flying. Not like a plane. Suddenly something exploded, I thought the windows would fly out. I ran to my daughter's room to pick her up. She didn't understand what was happening.

We quickly gathered our documents, clothes, food, and water. We decided to buy more groceries, so my husband went to the store. And there were already queues on the street. There was nowhere to withdraw money, and there were lines for kilometers at gas stations.

I was shaking, and so was my daughter. My husband bought what he could. We texted our parents, and we thought about ways to communicate in case mobile service disappeared. We listened to the news all the time.

We stayed in Kyiv until March 4. At the first air raid sirens, we went to the basement, but it was so damp and cold that I couldn't stay there with my pregnancy. Before the war, I got sick with Covid, and in the basement I got sick again. We decided to stay at home.

We used to sit in the corridor during the air raid alarms, and at night we put our daughter to sleep there, because we couldn't fit together. We prayed that we would wake up in the morning. Our windows were boarded up.  It was dark.  We hardly spoke the first days .We couldn't sleep.

I cried every day, out of fear for my daughter, my unborn son, and my loved ones. Sometimes there were days of despair, and my husband calmed me down as best he could.

We decided to go to a safer place. 18 hours on the road, sitting, without being able to rest,  is not easy for a pregnant woman. But we arrived and for the first time since the beginning of the war we were able to sleep peacefully.

We stayed in Ukraine, I wasn't going to go abroad under any circumstances. I simply couldn't leave everyone I loved. For me it would be worse than living in fear of rocket attacks. So we lived in the village with relatives.

On March 14, we quietly celebrated our daughter's 10th birthday. We started to think where to go to give birth. Therewas almost a month and a half left before the birth. We had to buy some things for it, because we took almost nothing from home.

But on the night of March 20, my water broke. I was in my 8th month. The ambulance took me first to one hospital, then they took me to another one, which could accept a premature baby.

On March 21, during childbirth, when I couldn't get up and go anywhere, an air raid alert began. Doctors had to deliver in the hospital, not in the bomb shelter. And so at 4:10 pm my son Yaroslav was born.

We spent 2 weeks in the hospital. During air raid alarms, I grabbed my son, turned off all sensors, drips, wrapped him up warmly, and we ran to the shelter. Sometimes we sat there for 5 hours, and we ran there many times each day. This is a great stress for premature babies. We heard explosions and rockets flying.

While I was in the hospital, terrible things happened in Ukraine: murders of civilians, violence against children, women, and men. It was a real genocide of the Ukrainian people.

We returned to Kyiv when Yaroslav was not yet a month old because a premature baby needs doctors, supervision, and medicine. All this was almost absent in the village where we lived.

Currently, we are living at home, close to family and friends. I don't forget about the war for a single day. I still cry sometimes, the news still hurts. Our people are dying, and in some cities they are still sitting in basements. Our soldiers are dying. But we know what we are fighting for. We're on our land! Ukraine will win!

How Is the Russo-Ukrainian War Affecting Agriculture in Ukraine?

Kherson, a city under constant Russian shelling. A dispatch from our trip here | Ep. 175

Russians have been trying to make life in the city unbearable.
PODCAST
June 5, 2020