How Is the Russo-Ukrainian War Affecting Agriculture in Ukraine?

Story #49. Survival During the Fighting in Chernihiv

September 22, 2022
The story of Svitlana, whose family survived the fighting in Chernihiv. 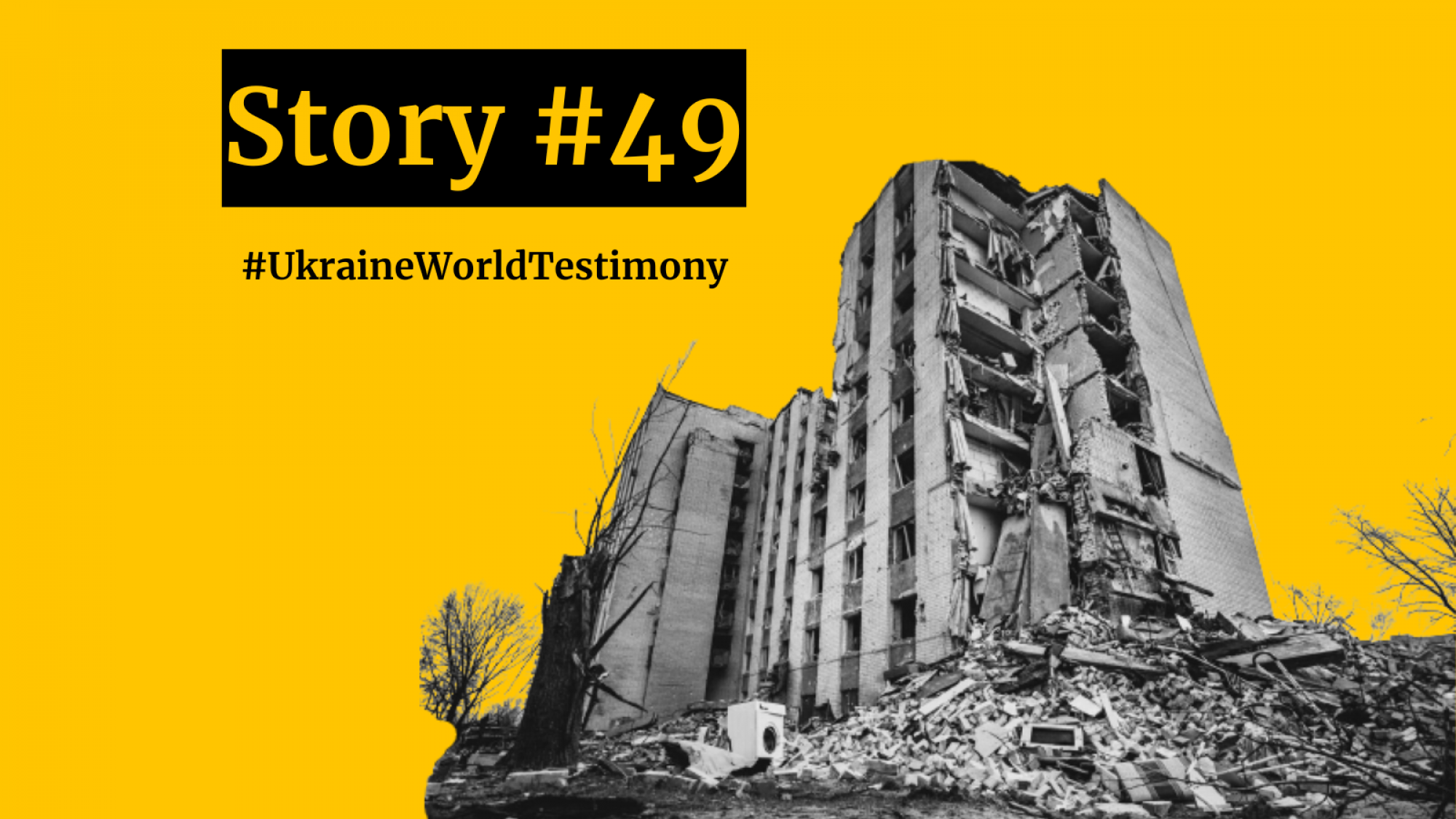 The explosion made us jump out of our beds. Shock, fear, panic. Has it really begun? We turned on the news, grabbed our phones - we understood everything by the faces of the presenters and the tears in their eyes, but we still didn't fully realize it.

With trembling hands, I put my documents, first aid kit, and most necessary things into the bags. My husband went to fill up the car and buy food. There were huge queues everywhere, and there were already few groceries left, but he managed to buy something.

What to do next? Hide? Leave? But where? The news says don't panic and stay where you are. In case of a siren, go to the bomb shelter.

And then the first siren sounded. We dressed quickly, took our things and ran to the basement. I had never even heard the sound of a gun, but that evening I had to find out what a Grad, a tank cannon, a mortar, and a missile sounded like.

The news is horrifying. A shell flew into the park where we loved to walk.  The airfield and houses were on fire. The Russians captured Chornobyl. The world we lived in collapsed in an instant. It felt like some kind of terrible dream or a movie.

The amount of information made my head hurt.  It was extremely difficult to make decisions. On the first day, we learned information from the husband of one of the women hiding with us, as he was on the frontline. Today she got a call and was told that he was dead.

In the morning, an explosion shook our windows. All day long we read reports of fires and explosions. It became clear that the Russians were deliberately shooting at residential buildings.

My godson turns 3 today. Do you know where he is "celebrating" it? In the cellar without light, water, heat, or gas. And I don't know when I'll see him next, or if I'll ever see him again.

I woke up in the middle of the night from the sound of a rocket flying. We closed our eyes in fear, held hands and waited. Boom! We were lucky, but this missile fell somewhere.

The Russians burned down a big hardware store. The black acrid smoke reached us. It was obvious that they were destroying infrastructure and intimidating us by shelling residential buildings.

Today is especially difficult morally. My friend has not gotten in contact after their area was bombed. There are reportedly both dead and injured.

The children are slowly starting to get used to the war and playing, but we can't stop listening to the news. My friend got in contact. They are sitting in a cellar without electricity, water and gas, but they are alive. For 11 days, they would sit like this under constant shelling with a 3-year-old child, until they managed to escape from their village to the city.

Planes were flying today. Indescribable feelings. You hear it circling, looking for a target, but you just don't know where it will hit. Later, we learned that an enemy plane had dropped a bomb on a residential building. 47 people were killed.

There are huge queues in stores of 2-3 hours and a very small selection of items. No meat, no cereal grains, no milk, 1-2 loaves of bread per person. Just like in the Soviet Union: long lines and nothing. Well, now we have bombing.

This is our second day without electricity or communication. Today we heard shooting nearby. And before that, a blast wave reached us which shook the walls and shattered the windows.

No internet, no news. There are no sirens either. We are guided by the sounds. Periods of silence alternate with shelling/GRADs/aircraft.

Some are leaving for the west of Ukraine, while some are heading abroad. We don't know what to do. It's scary to stay here, but the road is dangerous. The exit from the city is under fire, there are no signs, you can suddenly find yourself in a war zone, there is no fuel, and so on.

We decided to leave. There were a lot of cars. People without cars stood in long queues in the hope of leaving by bus. The first checkpoint is on the outskirts of the city.

And then the GRAD shelling began.

I wanted to rush off quickly, but there was a queue, we were moving slowly. More shelling somewhere nearby. Ahead, 50 meters from us, we saw thick gray-black smoke. We did not understand anything, a decision had to be made in a second. We saw burning cars, turned around, and drove back.

Our desire to leave is gone. The front moved a little bit away from the city, and it has become calmer. We hear explosions, of course, but much further away. People are tired of being afraid. Children walk in the yard, but right next to the entrance, to hide in case of emergency.

We're at home, and we're not going anywhere. There has been complete silence in terms of hostilities for several days now. Today, for the first time in the entire war, we didn't sleep on the floor in the corridor, but in a bed.

After more than 50 days of active hostilities, Svitlana returned to her favorite hobby - sewing. Sewing helps her stay calm and balance her thoughts while she waits for her husband to return from the war.

What Does Mobilization in Russia Mean?

Canada assumed the G7 presidency on January 1, 2018, and this platform offers a valuable opportunity to inject some new energy into the international response to...
PODCAST
June 5, 2020