What Is Behind Russia's Strikes on the Ukrainian Energy System?

October 23, 2022
The story of Oksana from Volnovakha, Donetsk Region, who was forced to move to Makariv in Kyiv Region due to the war. 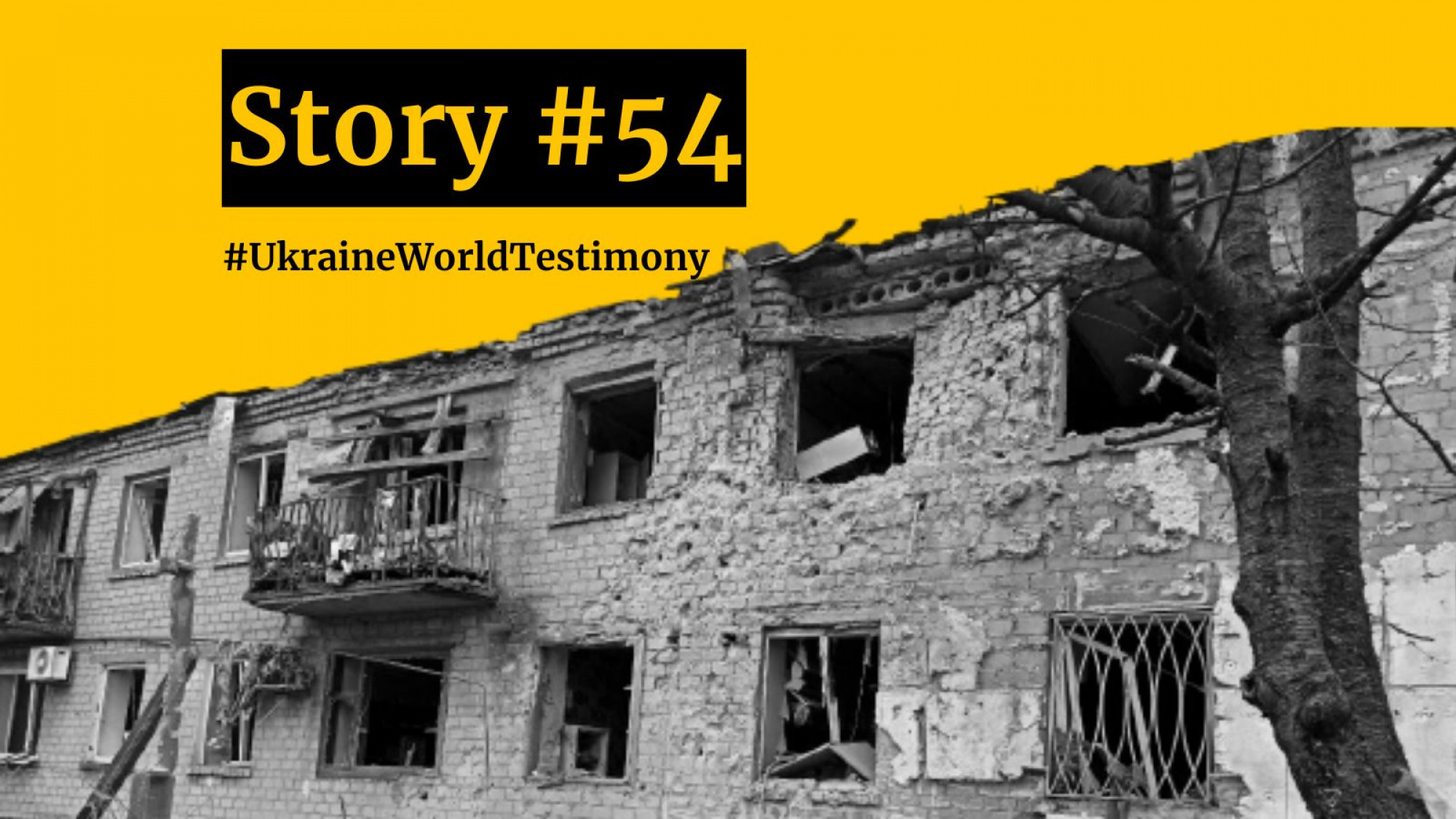 On February 24, as usual, I got up early to go to work. And I heard an explosion. My husband heard it too. I asked him: "Has it started?" We had heard explosions before, because we lived not far from occupied Donetsk, but this time it was closer and we could see the glow.

I decided to leave my child at home with his grandmother and planned to go to school (Oksana works as a teacher). I thought that the parents would take the children to school and I had to go to work. But our school headmistress wrote that everyone should stay at home.

At 5 am, my sister who lived in Kyiv called me and said that she had also heard explosions. Although it was hard to believe that the war had begun, we started to collect our belongings and documents.

My eldest son studied in Kharkiv, at the Pedagogical University (this university was bombed by the Russians in July). On the morning of February 24, he also called us and said that something terrible was also happening there.

My husband and younger son and I went down to the basement. I began to think about how to get my eldest son out of Kharkiv. Fortunately, the parents of his classmate from Kryvyi Rih came to pick up their son and took my son with them. They took him to our friends in Pavlohrad (in Dnipropetrovsk Region in Southeast Ukraine).

When the shelling subsided a little, we went to the store to buy groceries. When the shelling resumed in the evening, my son fell silent and refused to eat. We went down to the basement to spend the night.

More powerful shelling began on February 27-28. Our relatives who lived closer to the so-called DNR came to us. And we all lived together in our basement.

On March 1, we left Volnovakha. We were told that there would be a green corridor (for safe evacuation), but there was none. We drove to the sound of terrible loud explosions and thought we would get nowhere.

As we were leaving, the Russian invaders were already in the city. I knew that the streets were destroyed, the gas stations were on fire, and the school where I worked was burning. Officially, the Russians completely captured Volnovakha on March 9.

First, we went to our friends in Dnipro. There we were able to eat normally, wash up, and turn to volunteers to find temporary housing. We came to a hostel in a village near Dnipro. We lived there for 3 months. The locals helped us a lot with food and warm clothes.

Then we still decided to go to another place, because in the hostel we had just one room for two families with children. My friends, who evacuated from Mariupol, settled in Makariv, Kyiv Region, and suggested that we also come here. So we came to Makariv and rented an apartment here.

The owners of the apartment rented it to us at a lower price than usual and are helping with groceries. I am very grateful to them.

Oksana still lives in Makariv with her husband and two sons. She continues to work as a primary school teacher and conducts lessons online.

Despite the fact that Volnovakha is still occupied by the Russians, Oksana and her husband believe that they will certainly one day return home.

Western Europe’s culture of anti-violence continues to exert a magnetic pull on Ukrainian society. But will that be enough to resist Russia’s twenty-first century...
Stories
September 27, 2022

A story of Izyum, a city in Kharkiv region, which became yet another place of Russian war crimes