Story #58. Kidnapping of Ukrainian Writer by the Russian Occupiers

October 28, 2022
The story of the writer and public figure Volodymyr Vakulenko, who was kidnapped by Russian invaders from his home in the village of Kapytolivka, Kharkiv Oblast. 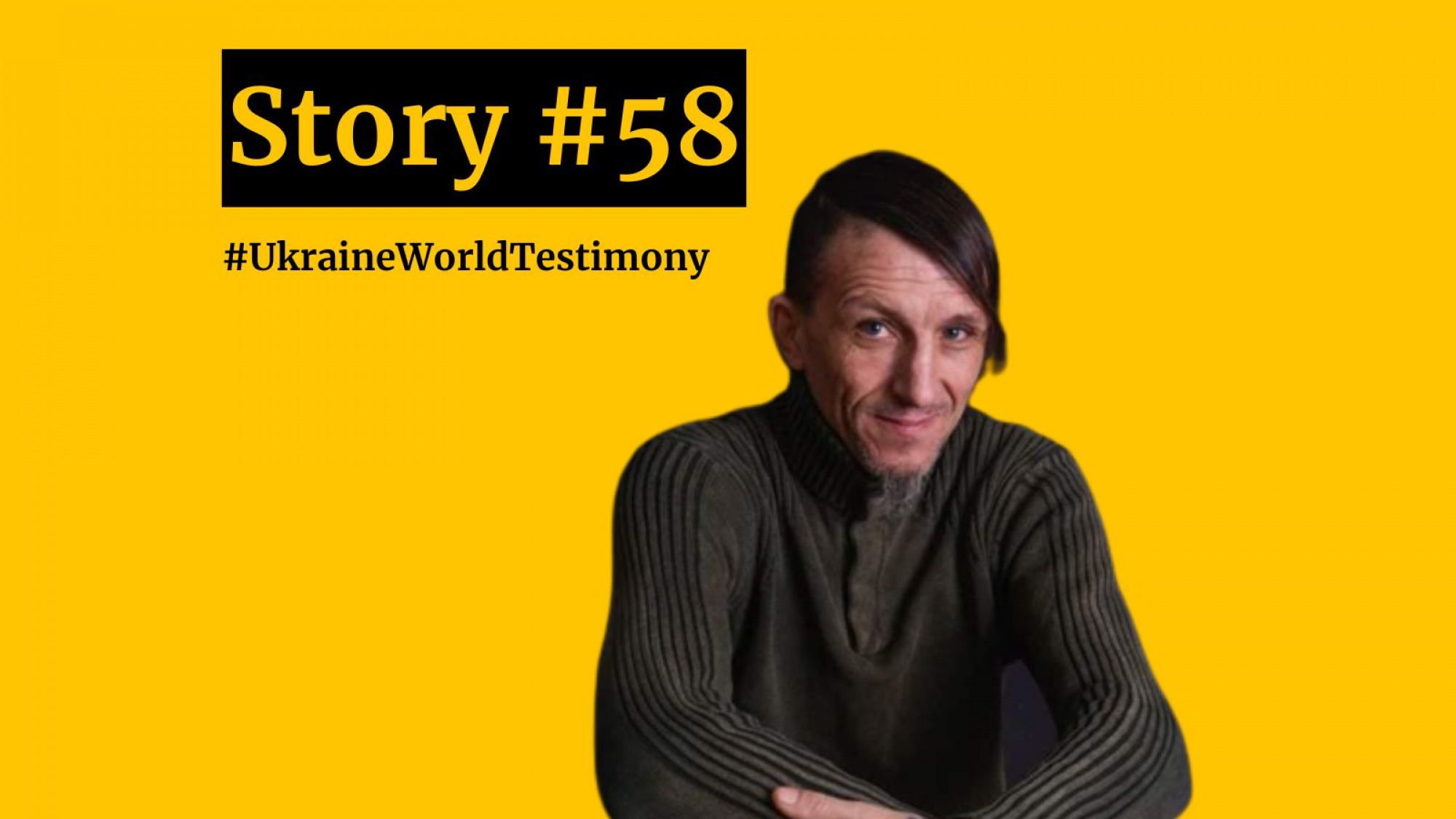 Seven months ago, on March 24, the Ukrainian writer Volodymyr Vakulenko was disappeared by the Russian occupiers. Since then, nothing is known about him. UkraineWorld spoke with Volodymyr's stepfather Vasyl.

The first time, Volodymyr and his child Vitaly, who has an autism spectrum disorder, were taken away by the Russians on March 23. They were released after three hours. Volodymyr felt that the invaders would come back for him, so he hid all his valuables: a large collection of coins and his laptop. Under a cherry tree in his garden, Volodymyr buried his war diary, saying to his stepfather: "Give it back when our guys come."

The next day, more aggressive Russians came to Volodymyr's home, took him away, and never returned him. Vasyl wanted to stop the Russians from kidnapping his son, but one of the soldiers said to him, "I will shoot your knees right now."

"When we realized that the Russians had already captured Kupyansk, I told Volodya to take the child and leave here. But we could not convince him. He said: "I'm disabled, my child is disabled, we won't be touched," Vasyl recalls.

"We've already lived our lives, so we have nothing to lose. But Volodya was still young, he had a small son, he is a famous writer and would definitely find a safe place for himself," Volodymyr Vakulenko's stepfather said. However, Volodymyr was a volunteer, helped the Armed Forces of Ukraine, delivered food to the checkpoints of our military. He always said that "this is his land".

After Volodymyr's abduction, his parents went everywhere they could to find information  about their son. The Russians set up a torture chamber in the basement of a kindergarten in Kapytolivka. Volodymyr's parents looked for him there, but they were told that he was not there. They went to schools where prisoners were kept, but also to no avail.

One day, the neighbors overheard a Russian commander talking  about Volodymyr.  "He's so stubborn, you can't break him," they said.

Kapytolivka was under Russian occupation for more than six months. "We came to liberate you," the occupiers told Volodymyr's stepfather at the beginning of the invasion. But in fact, they liberated the village from gas, electricity, water and a peaceful life.

Heavy fighting took place here for several months while the occupiers looted and intimidated the locals. "One day, a drunk Russian soldier came to the basement of our house and started chasing the women sitting there, threatening to shoot them all. I asked him to calm down, but he pulled out his machine gun and fired three shots near me. Honestly, it was very scary," Vasyl recalls.

Fortunately, the Ukrainian army liberated the village in September. On September 24, Volodymyr Vakulenko's colleagues, together with Vasyl, unearthed the writer's diary, buried in the garden the day before his arrest. The diary is being kept temporarily at the Kharkiv Literary Museum.

Nothing is known about Volodymyr's location or condition. The writer's parents are taking care their grandson and hope to see their son again one day.

What is Russia’s "De-Satanization" Rhetoric About?

Story #14. Russian Shelling in Lviv. This is What It Feels Like