August 20, 2018
The main resource and the biggest fortune of a nation are its people. No matter how rich the lands are or how good the geography it, it’s the people make a country great. Ukrainians are not those who were born in Ukraine, but who choose this country to be their homeland. In sport, as in no other human activity, nationality goes right after professional skill. Here are the 10 most remarkable modern Ukrainian sports stars you need to know. 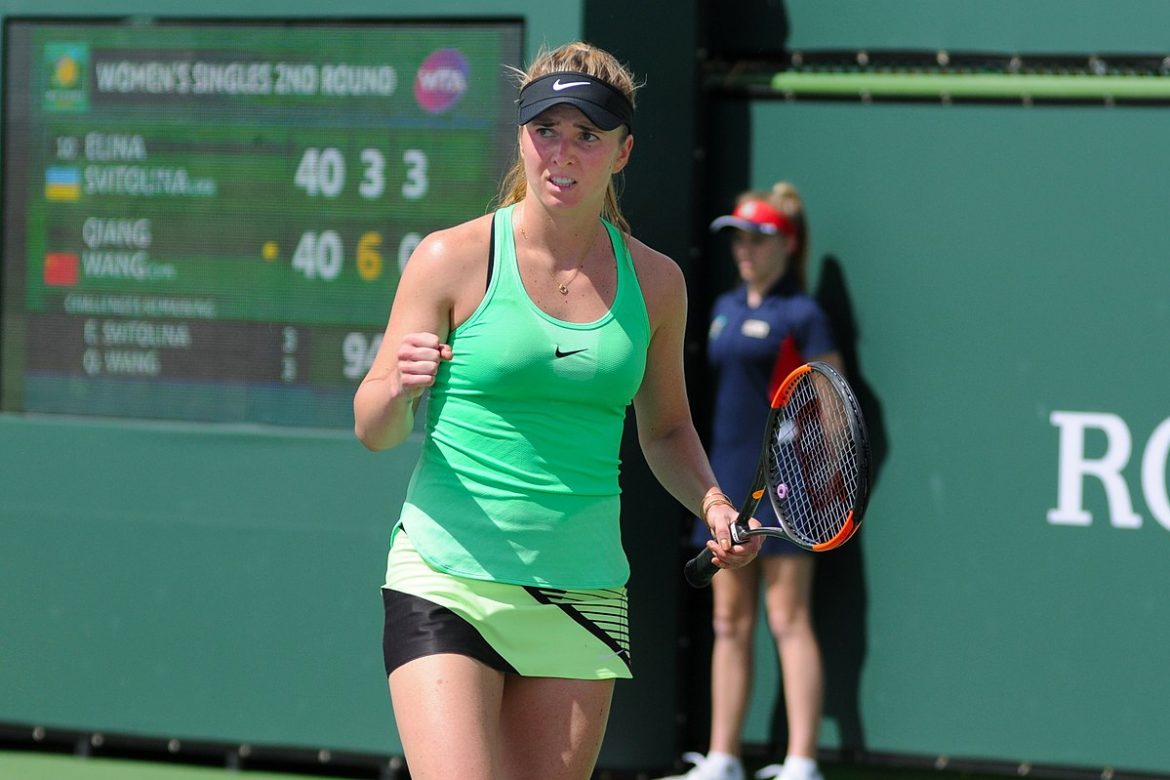 The #5 tennis player in the world according to The Women’s Tennis Association (WTA), is a 23-year old player from Odessa, Elina Svitolina. She began her professional career in 2010 and so far got her best result in 2017 – reaching WTA ranking #3. Her list of victories includes top tennis players of the last decade: she beat Serena Williams, Venus Williams, Petra Kvitová, Svetlana Kuznetsova, Angelique Kerber and just recently – Simona Halep, the current #1 player in the world. This Ukrainian sportswoman is also the youngest in the top 10 rankings, and the first Ukrainian tennis player to enter the golden list. Svitolina is said to have had proposals to change citizenship in return for financial support but has never accepted such a proposal. At the end of July 2018, Svitolina declined the chance to play at the Moscow River Cup invitation for political reasons.

Ukrainian Greco-Roman style wrestler just recently won an international tournament in Turkey and brought back another gold medal for Ukrainian sport. So far the best sports result for Beleniuk was a silver medal at the Olympic Games in Rio in 2016. Among other notable records, Ukrainian wrestler is a two-time winner of World Wrestling Championships in 2015 and 2016. Beleniuk was born in Kyiv; his mother is from Ukraine and father from Rwanda. His father was a military pilot, killed during the Rwandan Civil War when Zhan was just 11 years old. In 2017, he visited Rwanda for the first time and reconnected with his father’s part of the big family.

A national hero and an acclaimed boxing star: Usyk is the first boxer in history to hold all four world championships at cruiserweight at the same time: he currently holds the WBO, WBC, WBA (Unified) and IBF titles. His trophies include two gold medals from the 2011 World Championships and 2012 Olympics. In July 2018, Usyk defeated Murat Gassiev at the Olympic Stadium in Moscow and retained the WBC and WBO cruiserweight titles. He has not lost a single one of his 15 professional fights to date, and 11 of them were won by a knockout. Usyk was born in Simferopol, Crimea. After the annexation of the peninsula, he stated that will never take Russian citizenship and considered Crimea a part of Ukraine. At the same time, the boxer prefers to stay away from politics, appreciating sports fans and his supporters in all countries.

Right Winger at England’s West Ham United Football Club since July 2018, Yarmolenko is one of the several Ukrainian stars on the international football scene. He moved to West Ham from Dortmund Borussia, signing a 4-year contract. The transfer fee, according to media reports, was 17.5 million pounds. In 2011, as a forward of Dynamo Kyiv Yarmolenko became the scorer of the fastest goal in the history of the national team of Ukraine, scoring a goal in the 15th second in a friendly match between Ukraine and Uruguay. In 2015 in a match between Ukraine and Slovenia he scored the latest goal in the history of the national team of Ukraine, at 90+7 minutes. Before he signed for West Ham Yarmolenko played for Borussia Dortmund from August 2017. That year German newspaper Bild conducted two polls among the fans, and Yarmolenko was recognized as the best newcomer of the Bundesliga and the best player at the start of the German championship.

Hi-Tech is one of his professional nicknames in boxing. The reason for this is that Lomachenko is world-famous for winning major titles in an unprecedentedly few numbers of fights. In May 2018 Lomachenko broke the record held by legendary Jeff Fenech, a member of the Hall of Fame, who won world titles at bantamweight and junior featherweight before winning a belt at featherweight in his 20th fight. That was in 1988. Lomachenko did this in his 12th fight. To make sure that boxing history will remember him, during his amateur fighting years he earned himself golden fame: two gold Olympic medals in 2008 and 2012, gold at the 2008 European Championships, and gold at the 2009 and 2011 World Championships. In his amateur career he had 396 victories and just one defeat. He won 11 out of 12 professional fights (losing at the start of his professional career to Orlando Salido by a decision). Lomachenko currently holds WBA world title in the lightweight division.

A three-time world champion in saber fencing, Kharlan has two gold Olympic Games medals and currently leads the International Fencing Federation rating, despite losing her #1 place to a Chinese fencer in the World Cup in 2018. Still, the 27-year-old Ukrainian fencer remains the most decorated sportswoman after two American fencers – they have won four World Cups each. In 2010-2014 Kharlan tried herself in a short political career: in 2010 she was elected a local deputy of Mykolaiv City Council from the then ruling Party of Regions, in 2012 she was #194 on the party list in the parliamentary elections and so did enter the Verkhovna Rada of Ukraine. In March 2014, she withdrew from the Party of Regions and joined the Green Party of Ukraine at local elections in Kyiv, but the party did not get the necessary three-percent barrier. In an interview in 2017 Kharlan said that she never wanted to be a politician and as soon as she had an opportunity to get out she did just that. She also added that she would never return to politics.

Literally – the main and the only Ukrainian star of the 2018 Olympic Games, Abramenko is a freestyle skier. In this discipline, he is the first Ukrainian to ever reach such a professional level. In the 2015-16 season, he won the World Cup in freestyle. But due to a serious injury, he missed the entire 2017 season, though his return in 2018 was magnificent. – he brought the Ukrainian Olympic team the only medal at Pyeongchang, the gold medal. Notably, Abramenko represents the Armed Forces of Ukraine.

This Ukrainian biathlete is known for winning Olympic gold at the winter games in Sochi in 2014. This brought Pidhrushna, as well as all of the biathlete female team, national recognition and love. Pidhrushna is also a World champion and five-time European champion. In 2014-2015 she was a Deputy Minister of Youth and Sport of Ukraine. In that same period, she left the sport for almost two years to raise a family and have a child, but her personal life broke and biathlete returned to her first nature – sport. At the 2017–18 Biathlon World Cup she won silver. Pidhrushna carried the Ukrainian flag during the opening ceremony of the 2018 Olympics in Pyongyang. Unfortunately, the Olympics were unlucky for Ukraine for this year, and brought only one medal – gold for freestyle acrobatics.

The youngest tennis player to participate in a major international contest since 1995. 16-year-old Kostyuk is now ranked 129 by the WTA, but her career is moving quickly: she won the 2016 Petits As and 2017 Australian Open girls’ singles, and in the same year – the ITF tournament and eventually became the youngest Ukrainian to win a professional title in a single-player category. She comes from a sporting family, and her first and main trainer remains her mother. This year during the Australian Open Kostyuk, making her debut at the open, became the youngest player to win a main draw match since legendary Martina Hingis did that in 1996. She won again in the second round and became the youngest player to reach the third round since Mirjana Lučić-Baroni at the 1997 US Open. However, Elina Svitolina beat her in the third round.

A three-time Ukrainian Footballer of the Year, Konoplyanka plays for German club Schalke 04 and the Ukraine national team. For his remarkable game in matches against Lithuania, Romania, England, Slovenia and so many others, he is considered a master of midfield and one of the most skillful wide attacking players. Since the start of his professional career, he has racked up 66 goals and 53 assists in 321 appearances. Now Konoplyanka seems to be a delicious bite for Tottenham boss Mauricio Pochettino, as he is reported to have plans to add the Ukrainian footballer to his team.

Ukrainians spent decades supplying the Soviet empire with talented people, in sports as well. Due to the nature of aggressive Soviet information domination, these names are now often associated with modern Russia, yet these were Ukrainians who set records, won medals and hit the podiums. You should know their names.

Inessa Kravets, athlete.The most prominent woman in triple jumping. She set a world record in 1995 which has still not been beaten. Inessa is an Olympic and World champion with numerous awards and records of her time.

Valeriy Lobanovskyi, football manager. The laureate of the UEFA Ruby Order, FIFA Order of Merit, also named among the ten greatest coaches since the foundation of UEFA. He spent 17 seasons as manager of FC Dynamo Kyiv and led the club to win the UEFA Cup Winners Cup in 1975 and 1986 and winning the national league 12 times.

Ukrainian football, which managed to survive shortly after the collapse of the Soviet Union, embarked on a new model of development beginning from the 2000s. The...