Coronavirus in Ukraine: How the country combats COVID-19

March 4, 2020
The Ukrainian government faces a challenge to prevent the virus from spreading and not letting panic take over. 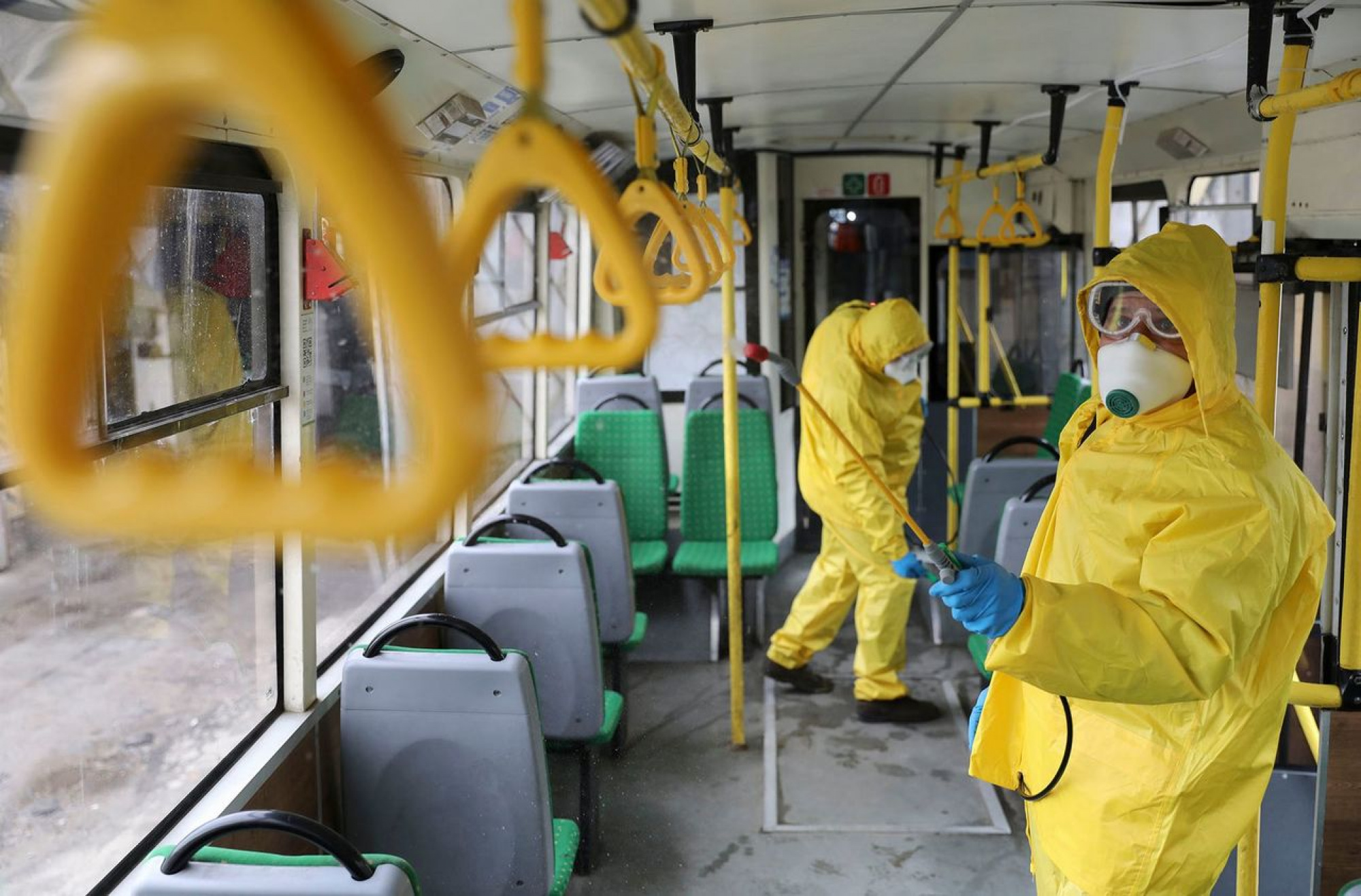 On March 3, the first case of coronavirus in Ukraine was confirmed in Chernivtsi. A Ukrainian man who came from Italy by car, was tested positive several days after the first symptoms appeared.

Several days after crossing the border from Romania, the infected man experienced fever and a sore throat. After calling the emergency services, he was placed in the infection department of Chernivtsi Region. His wife, who was also tested for COVID-19, remained at home.

As soon as the news went public, a group of 20 people standing in front of her house demanded her isolation. The woman has until now not shown any symptoms of the disease. Her husband, who tested positive for coronavirus, was said to be "in a stable condition" with "a minor cough", according to Valentina Mindrescu, the head of the infections department of the Chernivtsi regional hospital.

Although there were no cause for panic, 40% of children did not show up in kindergartens, of whom only 8% due to being ill. However, as the Head of the city department of education, Serhiy Martyniuk, said in comments, 15% of school students stayed home mostly because of SARS which is still above the epidemic threshold in some Ukrainian regions. Some public events in the city were also cancelled. Later, a senior local official said schools, colleges and universities in the Chernivtsi region will be closed from March 6 for 14 days to prevernt the disease from spreading.

In many cities, such as Bakhmut, Chernivtsi, Kyiv, Lviv and Vinnytsia, public transport vehicles go through disinfection after completing their route.

Those crossing the border from Moldova, Romania and Poland are also checked for the body temperature at checkpoints in Chernivtsi, Lviv and Volyn Regions.

After the case in Novi Sanzhary, the government had to take immediate measures to prevent panic. After Ukraine's Deputy Minister of Health, Viktor Liashko, was appointed chief sanitary doctor on 26 February, he reassured that Ukraine is ready to receive and treat patients with COVID-19. He is also carrying out checks in hospitals across the country for their readiness to receive possible patients with coronavirus. In his words, most of those hospitals, that were "chosen randomly" as well as their medical workers, are prepared. Today, Ukrainian officials informed they have about 12,000 beds in hospitals handling infections, 2,000 doctors handling infectious diseases and 5,000 healthcare workers that are ready to treat patients. 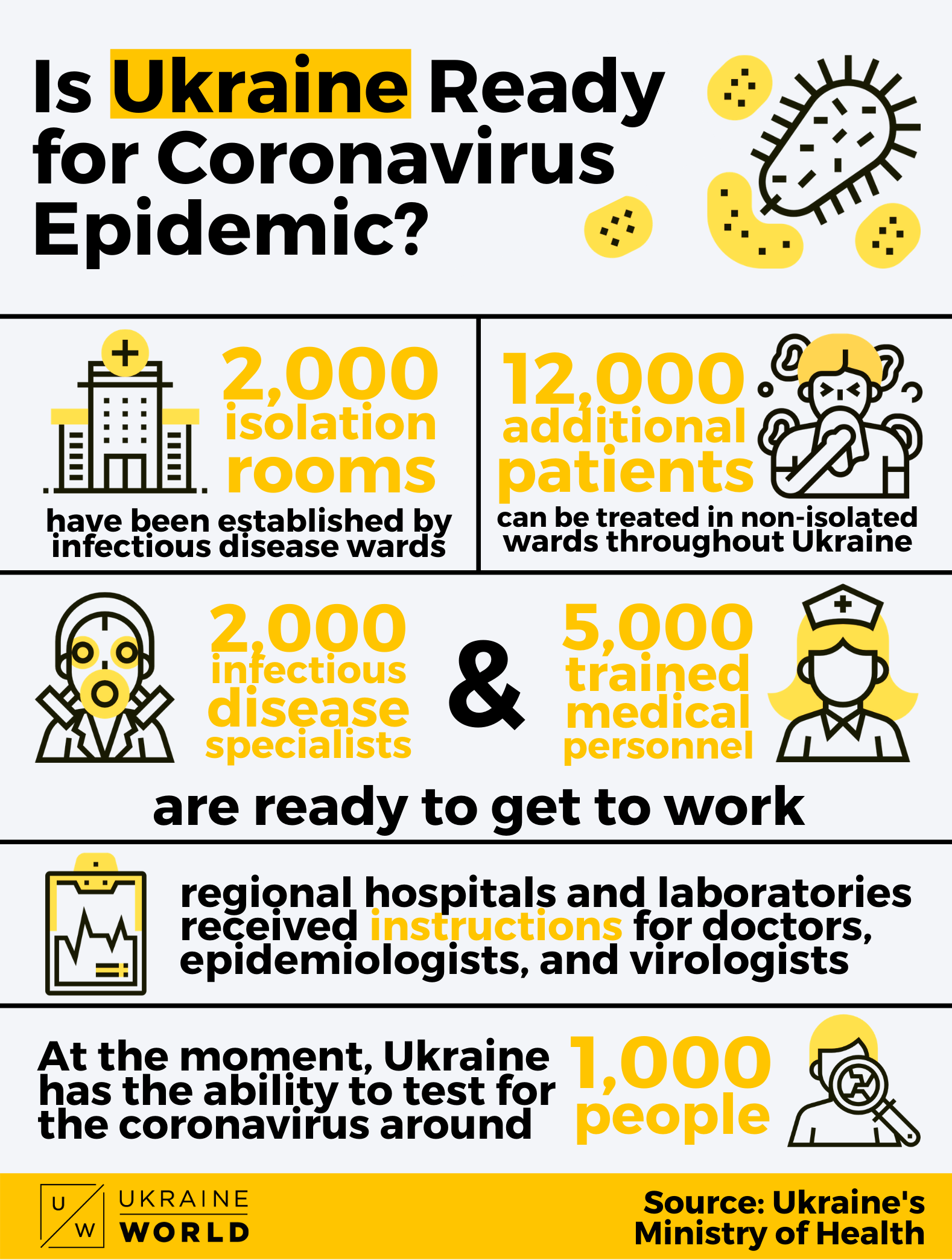 All Ukrainian regions are holding training for doctors, epidemiologists, rescuers, police and local authorities. Together with WHO, the Center for Public Health taught healthcare workers how to react and what to do in case COVID-19 is registered elsewhere. As of 4 March, 70 doctors across the country have completed the training, Hromadske reported.

Andriy Skipalsky, Director General of the Public Health Directorate of the Ministry of Health of Ukraine, assured that Ukraine had a well-developed monitoring system for influenza viruses, effective today in the situation with COVID-19. This involves the Centre of Public Health, which has provided "relevant and real-time data on the flu" as well. According to Skipalsky, Ukraine "integrated the international European system" and adopted relevant documents to prevent spread of the new coronavirus.

As of 5 March, another 10 people were isolated and tested on suspicion of having COVID-19. WIth new suspicions popping up, the Deputy Minister of Health announced that Ukraine "will have to introduce restrictive anti-epidemic measures" soon.

"We will ban the holding of mass events, conferences, sports events. We will temporarily close schools, there will be a gap in educational processes in order to reduce mass clusters of people, because we all know that the virus is transmitted by airborne droplets and we need to be at least 1.5-2 meters away from a person in order not to get infected," Viktor Liashko said on Thursday.

Nonetheless, as Kateryna Bulavinova, an infectionist and a UNICEF Health Expert, stressed on Thursday, "currently, more people are dying from seasonal flu in Ukraine", though "no one pays attention to it". Ukraine's Ministry of Health, reported 54 deaths deaths caused by influenza so far.

At the same time, on 5 March, the 2-week "observation" period of evacuees from China's Wuhan ended in Poltava Region.45 Ukrainians and 27 foreigners were proven not to be contaminated with the virus. Together with the plane crew, the escort team, as well as the now-former Health Minister Zoryana Skaletska, they left home after meeting Ukrainian President Zelensky on the occasion of this day.

As the BBC Ukrainian Service reports, some parliamentarians expressed doubts that Yemets would be able to change the healthcare system in Ukraine, although they praised his professional skills as a surgeon.

How to stay safe

Whether it is coronavirus or not, doctors can only cure the symptoms, as with any other viral disease, the chief sanitary doctor said in comments to LB.ua.

On the other hand, Liashko asked people not to buy up face masks on a massive scale. He warned that a run on the masks might lead to a shortage of surgical masks when really needed. Concerns over misuse had been earlier expressed by international medical specialists and the WHO, since masks are not effective in preventing people from catching coronavirus.

Despite symptoms of coronavirus not being identified in an incubatory period, Ukrainian airports and border checkpoints still measure the temperature of incomers.

Instead, the Ministry of Health is calling on persons who experience any symptoms of respiratory disease after or while travelling to contact a family doctor and to report their history of travel. The official recommendations are in line with those of WHO and UNICEF.

To prevent infection and protect others:

The Ukrainian government has also created a special website to inform the public about coronavirus so as to help prevent the infection spreading. The information campaign to avert manipulation and panic was supported by many NGOs and media outlets via dissemination of official recommendations on how to protect oneself from the virus.

How Ukrainians Are Making Their Society Inclusive

Ukrainian cities are still far from inclusive. Watch how business and civil society are trying to change that in our new video.
PODCAST
June 5, 2020