Creative Quarantine: Three Stories About Ukrainians Who Have Turned Lockdown Into An Opportunity

July 27, 2020
In Ukraine, the COVID-19 lockdown has not only been about public health challenges and economic hardships; it has brought a spike in creativity. 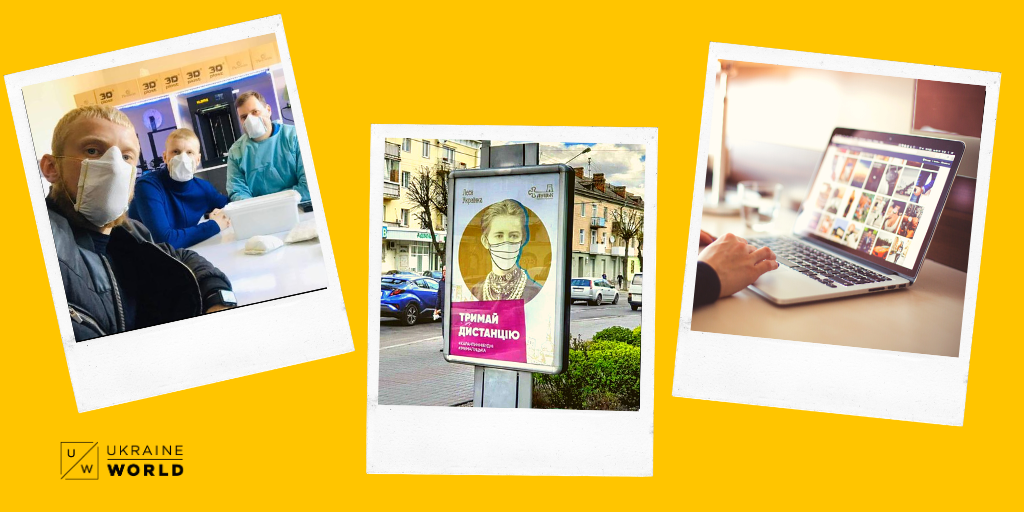 UkraineWorld, together with its colleagues from the regional media, offers three stories from communities in Ukraine's regions to show how they have adapted to the new reality. 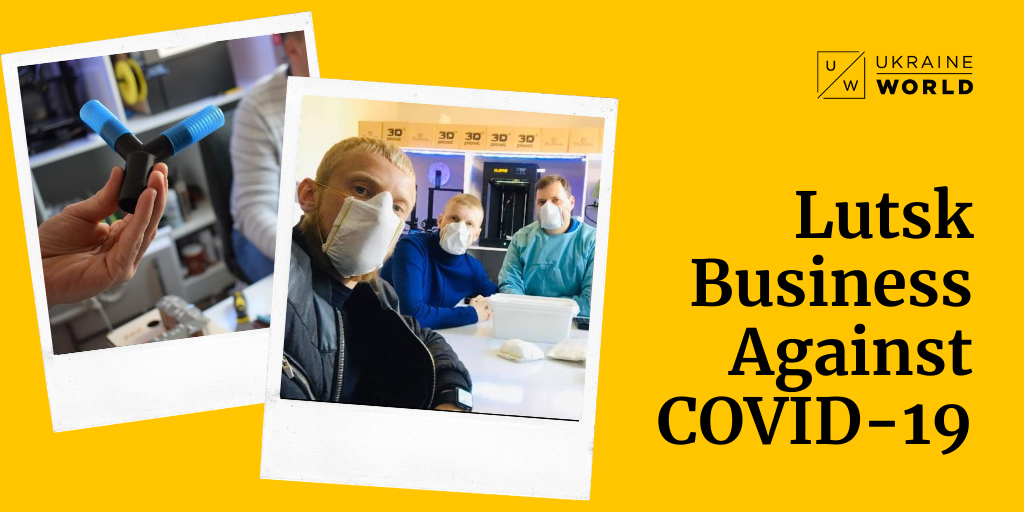 As the coronavirus broke out, businessmen decided to implement projects to help medical workers in Lutsk (the capital of Volyn Oblast in northwestern Ukraine). Journalist Maria Domanska tells this story in an article for Hromadske Volyn.

Local entrepreneur Pavlo Tsapiuk, who formerly worked in advertising, started a volunteer project called #SaveDoctors. First, they decided to print 3D-models of spare ventilator parts, the so-called "doublers" for ventilator pipes, which allow two patients to get oxygen at the same time. The idea attracted  great media attention but it was not the only project Tsapiuk worked on.

The developers also launched mask frame printing and surprisingly got followers on the other side of the world.

"We printed a mask and I posted a video instruction on how to use them. One guy from Argentina came across it, now he is printing these masks as well", says Pavlo Tsapiuk.

The third product that the project is proud of is their face shields. Today they are being used by the doctors all over Volyn Oblast.

How culture helps survive the crisis 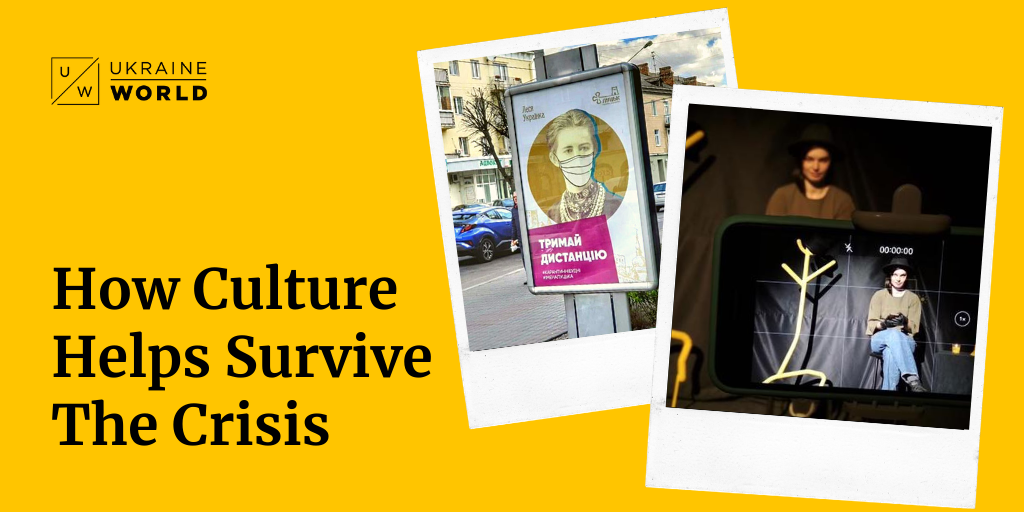 Another journalist from Lutsk, Dmytro Bezverbnyi, compares the corona crisis with Ukraine's "evil 90's" in his article for Hromadske Volyn. He highlighted the creative approach and teamwork of local projects that were launched during the lockdown.

Before the quarantine, Lutsk used to be one of Ukraine's top ten cities to visit. However, the pandemic forced the tourist industry to seek ways to survive.

Bohdan Klymchuk, the head of a local travel agency, was able to adapt his popular night city tours. Since all the on-ground excursions had been canceled, he decided to put them online. His idea was successful, as he got thousands of views and responses.

Another success story comes from the Lutsk theatre industry. The popular artGarmyder Hangar-Stage art space organized a remote theater festival for children and adults called "Vishak online". Within a week, 45 theatre groups from Ukraine and abroad had volunteered to take part. "Its purpose was to include theatres in communication and to give an understanding of what can be done in such circumstances", says Ruslana Porytska, the art-director of the space. 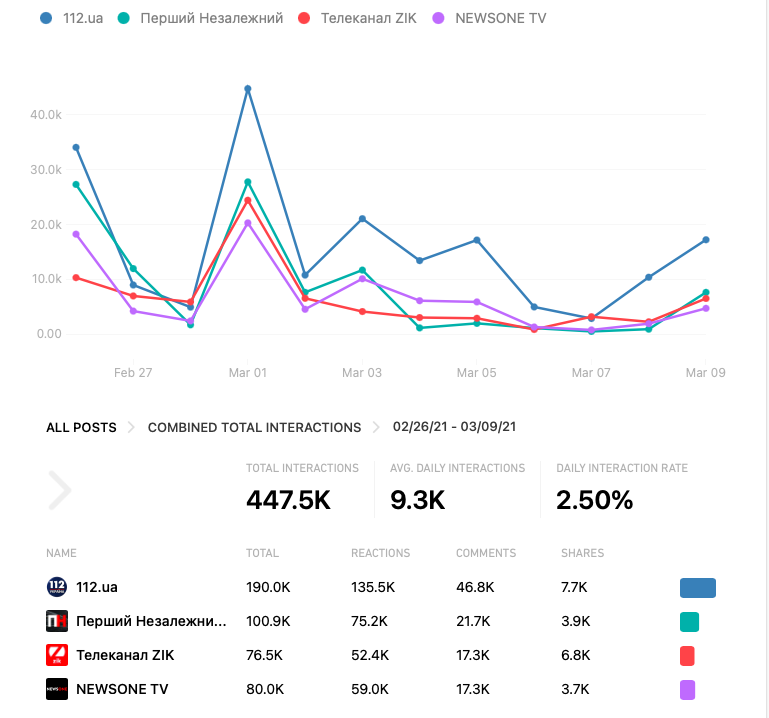 Now let's take a look at the seaport city of Odesa, southern Ukraine's top tourist destination. Journalist Inna Ischuk covers a story for the Porto-Franko Newspaper about a Facebook platform that was created by a public enterprise for musicians, artists, dancers, poets, writers, and readers to support multiculturalism.

There, volunteers initiated dozens of online activities for citizens, especially for children. Online competition of children's drawings, online excursions around city parks, and master class workshop broadcasts offered something new for everyone and became enormously popular. They also held an all-Ukrainian flash mob dedicated to Vyshyvanka Day (a day when Ukrainians celebrate the iconic  embroidered shirt of their national costume, called the vyshyvanka).

All these stories prove that crises can encourage people and inspire them to refocus their activities. In Ukraine, quarantine helped people from different industries to become stronger and motivated to move forward.

On April 25th Ukraine’s Parliament adopted the Law “On Functioning of Ukrainian Language as a State Language”. Here we explain the key provisions of the law in...
VIDEO
January 13, 2021

Woman With Disability Campaigns for a More Inclusive Dnipro

How do people with disabilities try to make Ukrainian cities more inclusive? Our new video submitted within a contest for regional and citizen journalists supported...