December 17, 2019
A major sports event took place in 2019. It attracted approximately two million concurrent viewers from all around the world at it’s the peak of its viewership. The prize fund of the event came to 34 million dollars. You would think this would be some kind of a race or football tournament but, in fact, it was The International 2019, a Dota 2 videogame competition organised by Valve, a U.S.-based company. Cybersports are the new sports around the globe. 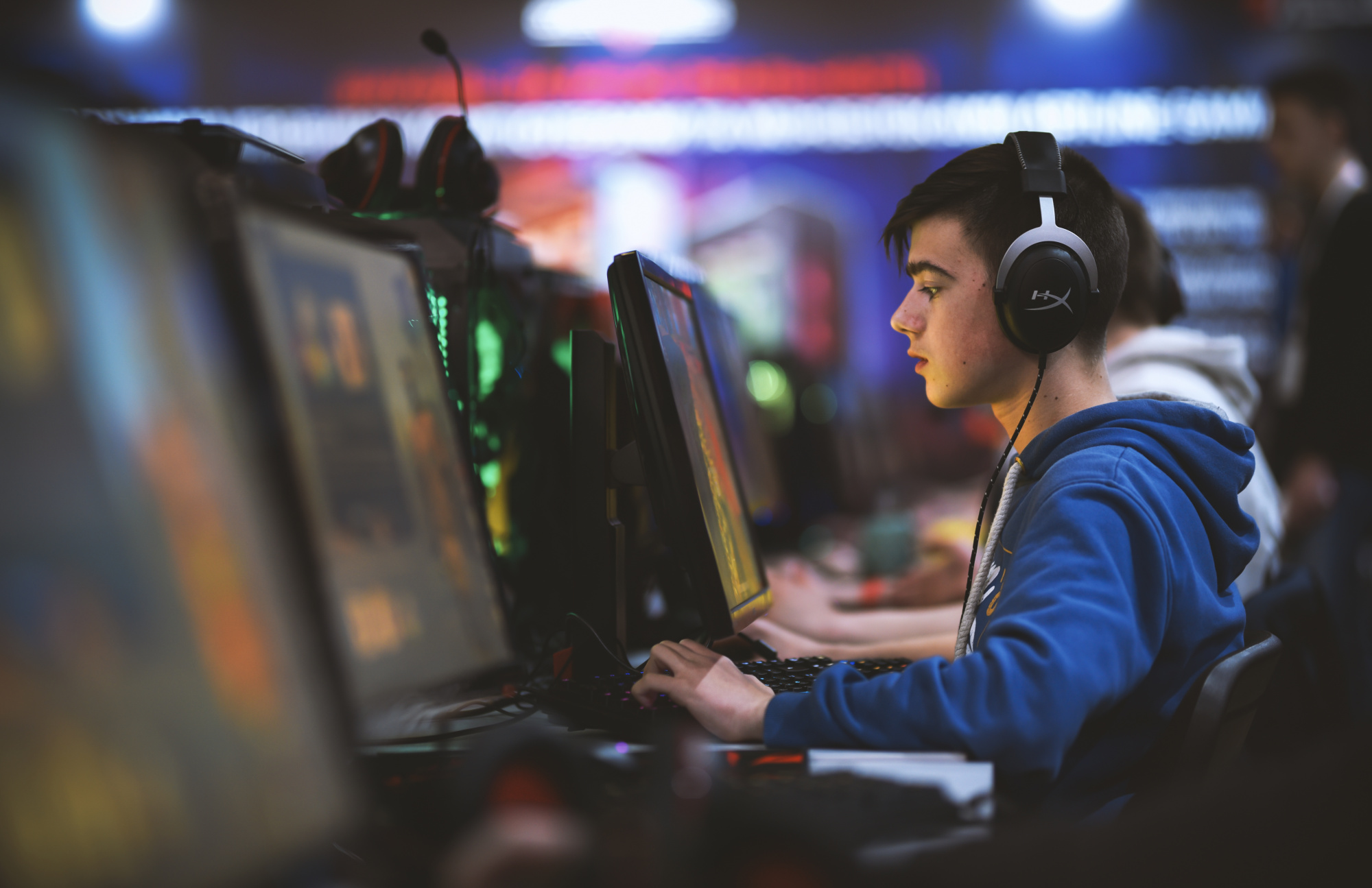 Ukrainians have historically been rather successful at The International. Natus Vincere (Na'Vi), an esports organisation founded in Ukraine in 2009, won the first International just two years later, in 2011. It has been even more successful in another game, Counter-Strike. The Na'Vi team became the first in the history of esports to win three premier tournaments --- Intel Extreme Masters, Electronic Sports World Cup, and World Cyber Games 2010 --- in one calendar year. Since then, the team has been regularly winning esports cups all around the world. It is well known on the international arena and has numerous fans around the globe.

More importantly, the success of Na'Vi kicked off the development of esports in Ukraine. Since then, Ukrainian esports teams have been major contenders on the world arena, while Ukrainian players have been sought after, joining big international teams.

According to the Esports Earnings website, Ukraine sits in 14th place in the Highest Earnings By Country list, where the countries are ranked by the amount of prize money its players win yearly. Ukrainian players are very efficient - 824 of them win more than 1,647 Polish players and almost as much as 2,019 Australian players. 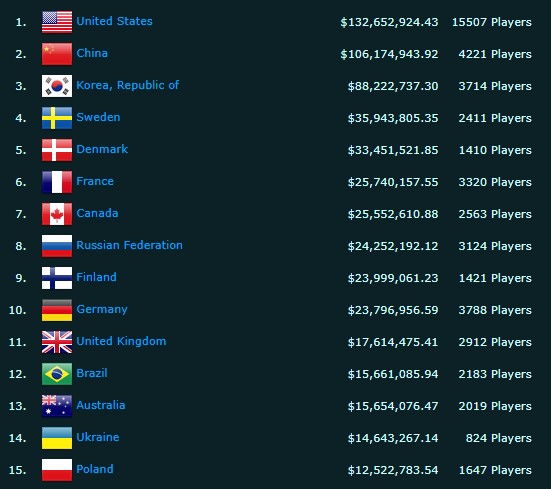 These results are even more impressive when we take into account the fact that the Ukrainian esports industry has no support from the government and was hardly institutionalised at all. However, in the last few years, several organisations appeared which organise esports competitions, support teams and attract funds into the industry. In 2016, two such organisations were created - Esports Ukraine and the Esports Soccer Foundation of Ukraine (ESFU).

Esports Ukraine aims to support young talents and organise tournaments open to everybody. Their major events are the Ukrainian University Open, a yearly multi-discipline tournament for Ukrainian students established in 2018, and the CyberStar League, an all-Ukrainian Dota 2 online tournament which took place in 2017. Esports Ukraine is supported by national businesses (Kyivstar, a Ukrainian telecommunications company) and international ones (MasterCard, RedBull, Lenovo, Razer) alike.

The Ukrainian University Open 2018 attracted 150 teams from 67 universities, while the CyberStar League attracted 260,000 viewers on Twitch, a game streaming service, and had a prize fund of 100,000 hryvnias (approximately 4,000 dollars).

The Esports Soccer Foundation of Ukraine (ESFU) works with the management of the Ukrainian Premier League and Chornomorets Odesa FC in creating an e-version of Ukraine's main football tournament. It is supported by international brands, such as Asus, DXRACER and Razer.

In 2018, a third organisation joined the roster - the Ukrainian Esports Federation (UESF). In its first year it organised 50 esports competitions with a total prize fund of 850,000 hryvnias (approximately 35,000 dollars). In 2019 its main event was Ukrainian Esports Championship with the prize fund of 1 million hryvnias (approximately 35,000 dollars). It also provides a networking platform for players to look for teams and vice versa.

The biggest challenge for any nation which aspires to have strong esports teams is the upbringing of its new players. This needs educational capacity and financing.

This issue is currently being solved at the business and civil society level. Esports Ukraine, which worked with the universities, has lobbied the creation of the first Master's programme in esports at Ukraine's National University of Physical Education and Sports in Kyiv. It was approved in May 2019 and will likely accept its first students next year. A Bachelor-level programme will be developed afterwards.

Esports competitions themselves serve as training grounds for the new players. "Regular regional and national tournaments provide amateur players with opportunities to become professionals," Artur Yermolayev, the head of the Ukrainian Esports Federation, said during the eSPORTconf Ukraine 2019.

Ukraine could also become an attractive destination for foreign esports teams, says Ivan Danishevskyi, the head of Esports Ukraine. In order to train for competitions, teams gather for bootcamps - intensive training. In order to do this, teams rent a house for several months during which they refine their teamwork and individual skills. Rents and Internet tariffs in Ukraine are lower than in other European countries, so it makes sense financially for the teams to organise bootcamps here.

However, without government support, NGOs and businesses can only go so far. Official recognition of esports at national level would speed up the development of the infrastructure necessary for the high-level events and emergence of new players. It would also enable the assembling of Ukrainian national teams for international competitions. The esports industry in Ukraine is booming, and this is a fine time for the government to support it.

Watch how sitting volleyball brings Ukrainian veterans back to the sport in our recent video story.
Russian Aggression
December 14, 2017