November 21, 2017
As they say in real estate, location is everything. Thus Ukraine, the biggest country in Europe and one that is advantageously located, has a major role to play as an international transportation hub. Ukraine has one of the longest railroad systems in Eurasia, and its transportation capacities are superseded only by China, India, and Russia. The country sits at the crossroads of the main trans-European corridors, uniting Eastern and Western Europe, and the Baltic States with the Black Sea region. 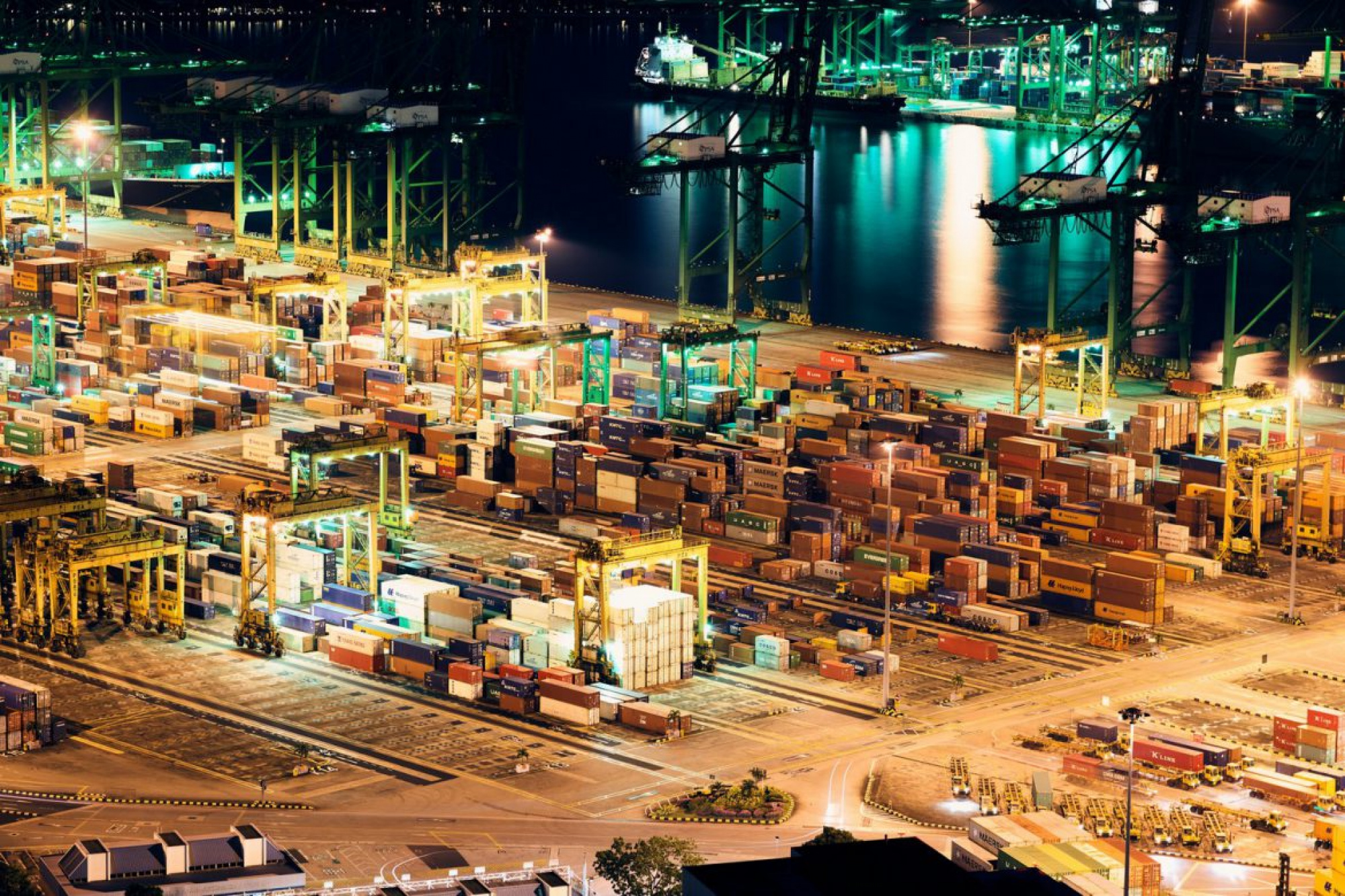 Ukraine also has the potential for becoming an airline transit hub. After the slump of 2014-2015, the sector is quickly making up for lost ground: total growth in the first half of 2017 was 28 percent for domestic and 23 percent for foreign airlines, exceeding the average European growth rate.

Yet poor transport infrastructure and obsolete technologies, as well as deep-rooted corruption, are holding back the nation's transport sector from gaining its well-deserved place on the European route map.

There are reasons to be hopeful. In April 2017, the Ukrainian government presented a new vision that would modernize all of the country's transport facilities and reform the system operations for domestic and external passengers and freight transportation. Of course, Ukrainian Infrastructure Minister Volodymyr Omelyan is right that the strategy will only succeed if the country changes and there is an effective fight against corruption and monopolies, but nevertheless, real progress is being made.

Here are six achievements, as well as the gaps, in Ukraine's transportation system. 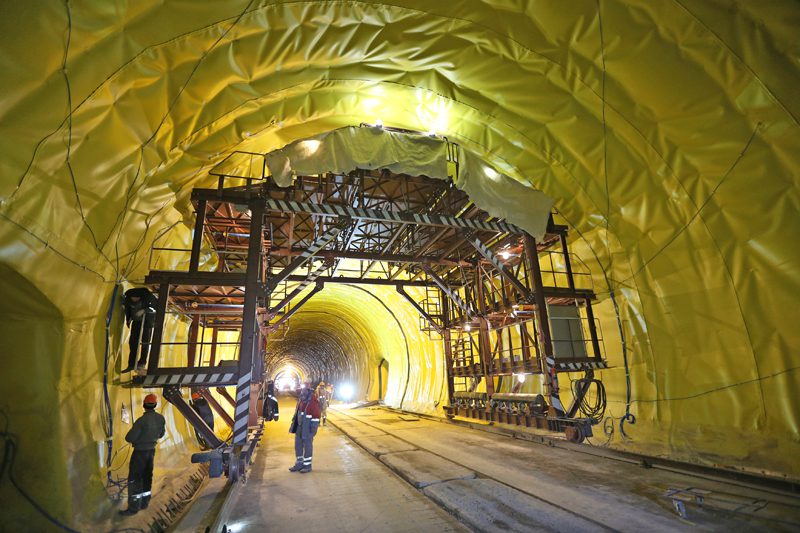 2. More local airports offer international flights. In 2015-2016, some Ukrainian airports had a good takeoff. Vinnitsa International Airport tripled its passenger traffic after the reconstruction of both the terminal and the runway in 2016. International Airport Kryvyi Rih and Ivano-Frankivsk Airport had even better numbers, growing passenger traffic by around 400 percent, all thanks to state support and to popular charter flights to Israel, Italy, Greece, and Turkey.

Another sign that Ukrainian airways are rebounding is Qatar Airlines' recent launch of direct Kyiv-Doha-Kyiv flights in September. The arrival of this upmarket airline shows that more Ukrainians are ready to buy expensive travel services. The scandalous attempt by low-cost operator Ryanair to enter Ukraine is not done, either: experts predict that a deal will be in place by the end of 2018, as no carrier would miss out on the country's huge potential after Ukrainians received EU visa-free status. More European low-cost airlines will also mean the end of the monopoly enjoyed by Ukraine International Airlines, the largest local carrier, and will also provide fair prices and better services for all air transportation in and through Ukraine.

3. The main Ukrainian water artery of the Dnipro will join the European transportation system. The Dnipro River may soon become navigable, which would allow for a cheaper and faster way of transporting cargo through Ukraine. For now, however, river transportation occupies less than 0.9 percent of the entire local transport system, due to the rivers' shallowing and the critical obsolescence of the country's infrastructure. Ukraine, Belarus, Turkey, and Poland are applying to the European Commission to include it in the Trans-European Transport Network. The renewal of navigation on the Dnipro is one of the priorities of the new National Transport Strategy of Ukraine 2030.

4. The building of a new Silk Road. In 2016 alone, Ukrzaliznytsia, the Ukrainian state-owned rail carrier, transported over 440 million passengers and 443 million tons of cargo. However, the numbers don't meet the growing needs for the country's cargo and passenger transportation. To solve the problem, Ukrzaliznytsia has started negotiations for joint ventures with the Chinese Datun Electric Locomotive Plant and American General Electric.

Additionally, Ukrzaliznytsia joined the international association Trans-Caspian International Transport Route this year. In China's ambitious plan for a new Silk Road—the national Belt and Road initiative—new multimodal tracks will connect Central and West Asia, and the Middle East and Europe, all serving a leading exporter country looking for more and cheaper ways to get its goods to Europe.

To benefit from advantageous railway connections and freight transit, Ukrzaliznytsia has to address its low-quality service, high transit taxes, and everyday corruption. Some steps toward progress have been made as the company changed its status from a state agency to a state-owned public joint stock company in 2015 and began commercial operations.

Personnel changes will also have a solid influence on the company's future: the chairman of Ukrzaliznytsia, Wojciech Balczun, was dismissed earlier this year, while Ukrainian infrastructure minister Volodymyr Omelyan insisted on replacing the company's management staff. Board chairman Yevhen Kravtsov plans to introduce a new corporate governance system by February 2018.

5. Reconstruction of Yuzhny, the main Ukrainian Black Sea port. Ukraine is striving to create new trading roads for export, and that means fully utilizing the capacity of cargo facilities at Black Sea ports. The main problems with Ukraine's seaports—as well as its river ports—are aging technologies and poor infrastructure. But changes are occurring.

In 2015, Yuzhny port generated 47.4 metric tons of cargo turnover, which is 33 percent of the market share in Ukraine. The port has room for expansion and can increase its capacity, as it is located outside the city. It is also the only port in Ukraine with the capacity to handle the largest dry cargo ships, and currently operates transit and import-export with all the biggest trading companies, including many from China, the United States, and Africa. The port primarily handles bulk cargo like iron ore, coal, grains, and metals.

In 2016, the Beijing-based company CHEC began dredging in Yuzhny seaport, one of the main seaports on the Black Sea. When the works are completed in 2018, Yuzhny will be able to pass deep-draft cargo ships, and that can only benefit Ukraine, the world's main exporter of sunflower oil and one of the major exporters of grains and sugar.

Other ports are also receiving attention from investors. Twelve more seaports are located in the Black Sea and Azov basins, and in the Danube Delta, with a total cargo capacity of about 230 million tons per year, but they are underdeveloped and need extensive investment. 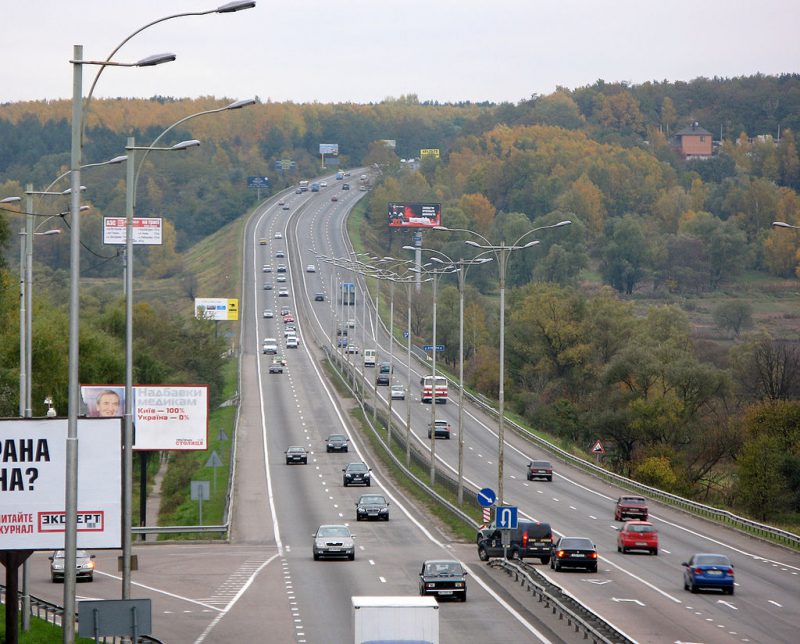 6. Ukraine's deadly roads are a top priority in 2018. Ukraine's main network of roads connects all of the major cities of Ukraine, and provides cross-border routes with neighboring countries. The total length of international highways on the territory of Ukraine exceeds 8,600 kilometers. However, the extremely poor condition of Ukrainian roads is one of the reasons they are named the deadliest in Europe.

According to Infrastructure Minister Omelyan, Ukraine needs to spend UAH 250 billion over five years in order to completely rebuild the road network. Ukrainian Prime Minister Volodymyr Groisman has announced that the 2018 budget will include 25 percent more funding for repairing and rebuilding the country's roads. In addition, Ukravtodor, the state highway company, signed contracts to repair two highways together with the Chinese Xinjiang Communications Construction Group. Both of the roads are strategically important: one is a part of the Gо Highway transnational corridor, and the other connects the two largest cities in the country, Kyiv and Kharkiv. Rebuilding will begin in early 2018. This is not the only road reconstruction project in Ukraine involving foreign investors, and much more still needs to be done. As of now, 95 percent of the country's roads do not meet regulatory requirements, Ukravtodor says.

One major gap in the new strategy is the omission of cycling. In spite of the viral image of Kyiv's mayor cycling to work, it's dangerous to do so. Ukraine is the European leader in road deaths, and 43 percent of all victims are pedestrians and cyclists. As the number of cyclists and bicycle rental services continually grows, so do the sad statistics. The nation's transport system will have no choice but to change.

The Association of Cyclists of Kyiv, together with public organizations from twelve cities, recently pointed out that according to the Ukraine–European Union Association Agreement, the new national transport policy should include all modes of transport, particularly focusing on efficiency and safety, so cycling should be included and prioritized.

This article has been originally published by the Atlantic Council

The year 2015 marked the beginning of energy sector reform in Ukraine, which advocated the efficient use of energy resources and alternative sources of energy. The...
VIDEO
January 23, 2021

How about turning your hobby into a business? This Ukrainian family did so! Watch its story in the video submitted within a contest for regional journalists supported...