October 10, 2019
In Soviet times, Ukraine was famous for its rocket and space industry. On gaining independence, the country has retained its prestigious status as a space state, and now continues to develop the space sector. To celebrate World Space Week, we gathered seven facts to know about Ukraine's space industry and its contribution to space exploration. 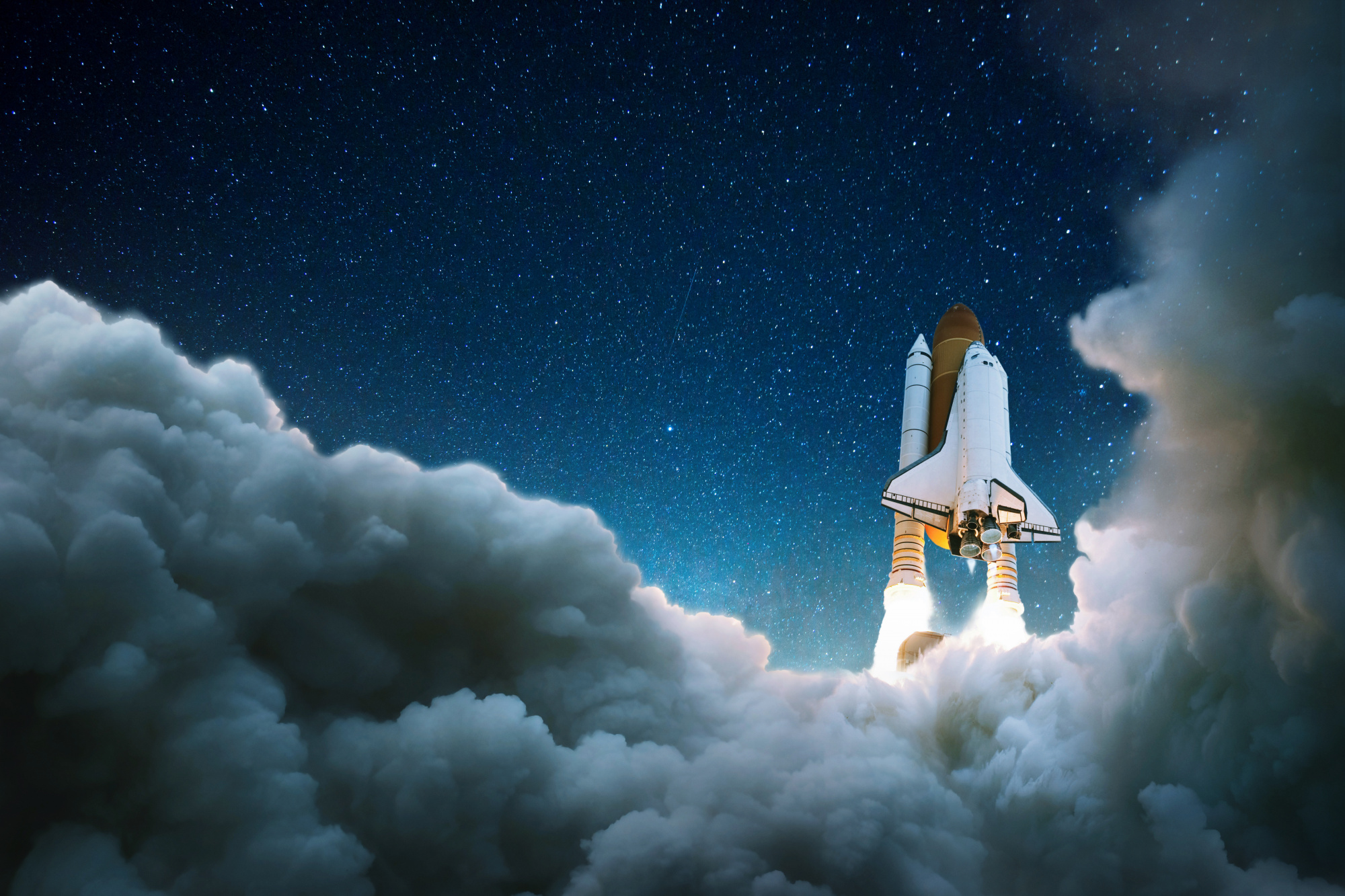 1. The founders of cosmonautics were born in Ukraine

Many scientists who greatly influenced the development of space exploration have Ukrainian roots. Their ideas and research played a huge role in the further development of astronautics. Konstantin Tsiolkovsky, whose ancestors hail from Volyn, Ukraine, is praised by NASA as 'one of the fathers of rocketry and cosmonautics, along with Goddard and Oberth.' The rocket theoretician Yuriy Kondratiuk who was born in Poltava, Ukraine, paved the way to the Moon. He developed the first known lunar orbit rendezvous, which was later used for the planning of the Apollo program's first actual human spaceflight to the Moon. Under the leadership of Serhiy Korolov, who was born in Zhytomyr, Ukraine, the first human-made satellite, Sputnik 1, was launched on October 4, 1957. No surprise then that even Elon Musk recognizes the contribution made by Ukrainian scientists and engineers: 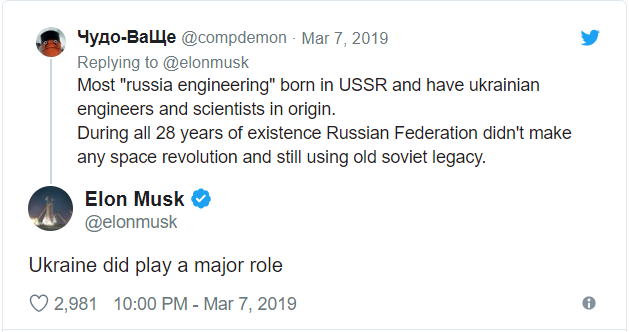 In 1997, Leonid Kadeniuk became the first citizen of independent Ukraine to make a trip into space. He was a member of the international team on the US Space Shuttle Columbia. Before the flight, military pilot Kadeniuk trained for three years at NASA. The astronaut spent 15 days and 16 hours in space. During this time, he performed several biological experiments and planted a whole garden on the spaceship for scientific tests. After the flight, Leonid Kadeniuk continued his career in the State Space Agency of Ukraine. 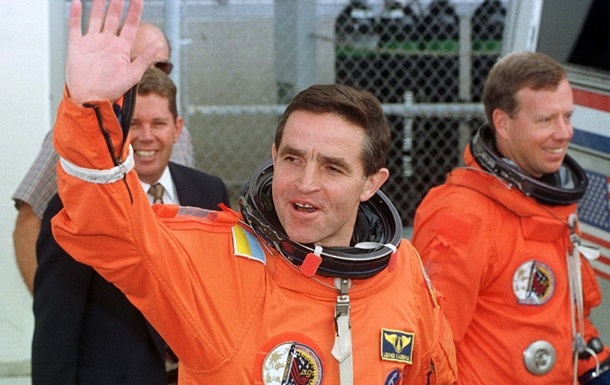 3. For a long time, space activities in Ukraine have been allowed only for state companies, but not anymore

For a long time in Ukraine, private companies were not allowed to carry out activities related to the testing, production, and operation of launch vehicles. According to the law, only state-owned companies could do this. These companies include one of the best design bureaus in the world, the Yuzhnoye State Design Office, and the Ukrainian State Enterprise Yuzhmash, which specializes in the production of intercontinental ballistic missiles, launch vehicles, and spacecraft.

However, this October, the Ukrainian Parliament adopted law №1071 allowing private companies in Ukraine to develop, test, and launch rockets into space. The law aims to attract investment into the space industry of Ukraine and to ensure a competitive environment for private enterprises. Jaanika Merilo, advisor to the Head of the State Customs Service, believes that many private companies in Ukraine can develop various brilliant solutions for the space industry.

4. Ukraine creates and markets components for spacecraft and rockets

Ukraine is one of the few countries in the world that has a closed rocket production cycle, ranging from rocket fuel to airframes, launch vehicles, and spacecraft. The Ukraine-designed Zenit and Cyclone booster rockets are well-known in the world. Moreover, successful launches of the Vega and Antares rockets could not be possible without the Ukrainian contribution.

At the request of the European Space Agency, Yuzhnoye SDO developed the thrust of the fourth stage for the Vega launch vehicle. Vega, with a Ukrainian engine, was launched in November 2018. The rocket successfully launched into the orbit the Mohammed VI-B spacecraft commissioned by the Government of Morocco.  Ukraine has been contracted to manufacture a total of 20 engines for the Vega rocket.

The American corporation Orbital ATK created the Antares booster with the participation of Ukrainian enterprises. Yuzhnoye SDO developed the first stage of the rocket, and the Ukrainian State Enterprise Yuzhmash manufactured it. Ukrainian experts took an active part in the US Antares tests until NASA successfully launched the rocket in the fall of 2018. Antares delivered the Cygnus cargo module to the International Space Station.

Overall, over 160 rockets and more than 370 spacecraft produced with the participation of Ukraine were launched since 1991. 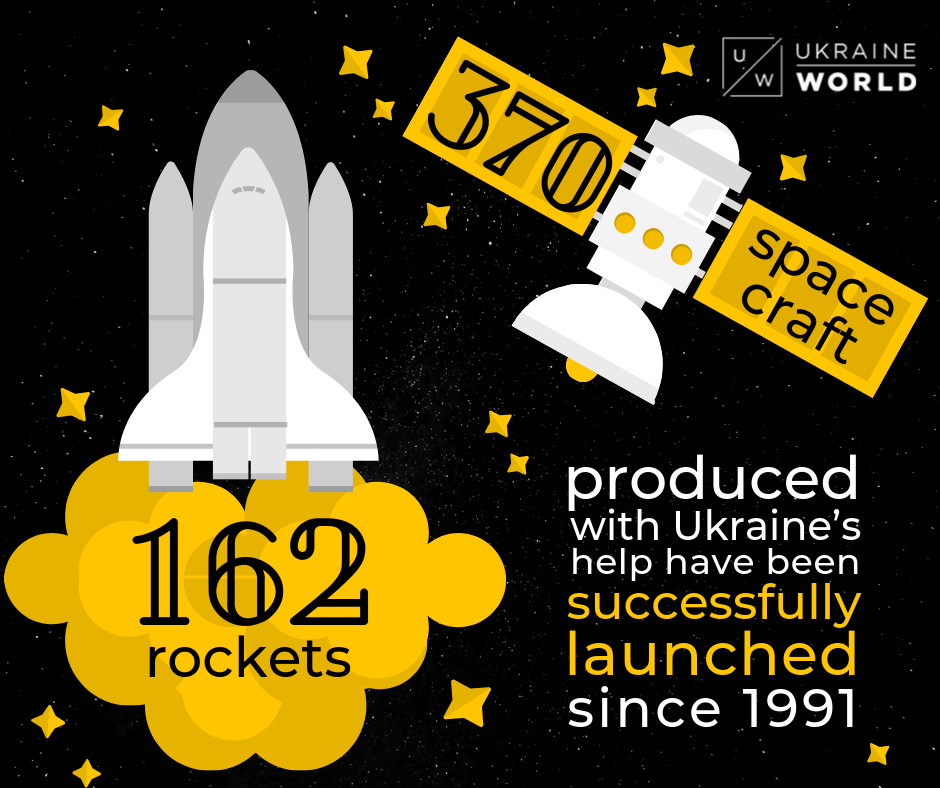 Ukraine will not lack space talent in the near future, since young Ukrainian scientists are showing brilliant results at international space competitions. In particular, in 2016, the Ukrainian project of Mars Hopper won the 'People's Choice' award at NASA's hackathon. Mars Hopper is a plane for investigation of the Mars poles and surroundings. It uses CO2 which, in solid form, covers the surface to create jet thrust. During landing, the plane harvests CO2 for the next flight and its deceleration. On the surface, the plane accumulates radioisotope energy into CO2, by changing its phase from solid to a supercritical fluid. Supercritical CO2 is used to create jet thrust for the next jump and to create a rotation of propellers to sustain flight, hence the name of plane "hopper".

In 2017, NASA's competition top-25 list included two Ukrainian projects, one of which proposed the Earth-type model of the orbital station and the other introduced the concept of smart settlement.

Although $1 of investment in the space industry can result in a $13-14 return, Ukraine significantly under-finances the sector. In the auspices of the National Space Program for 2013-2017, the government allocated only 30% of required funds. In 2017, only $1 million was granted out of the requested sum of $9 million to implement projects under the Space Program and $8 million to pay for launch services. In 2018, the Cabinet of Ministers approved the Concept of the National Space Program of Ukraine for 2018-2022, providing funding of about $1 billion for the rocket and space industry. However, not a single dime of this money has been paid out yet.

Despite the lack of funding, Ukraine's space sector has been developing successfully, with a 12.7% year-on-year increase to $63.7 million in 2018

Despite the lack of funding, Ukraine's space sector has been developing successfully, with a 12.7% year-on-year increase to $63.7 million in 2018, according to the State Space Agency of Ukraine.

Notwithstanding the lack of state funding, Ukrainian space companies focus on long-term work in the space industry and the development of various projects. Over the past couple of years, the Yuzhnoye SDO has equipped new workshops and laboratories at its own expense. Spaceports in Ukraine and Canada, as well as a permanent lunar outpost, are among the far-reaching plans that Ukraine has.

The Yuzhnoye SDO has developed the project for a spaceport in Nova Scotia, Canada, which is being by the Canadian company Maritime Launch Services. The construction of the spaceport is scheduled for completion by the end of 2020. Ukrainian experts guide the construction process and make preparations for the launch of the Ukrainian rocket Cyclone-4M. The launch of the rocket is scheduled for the second half of 2022. It will be used to deliver freight to near-Earth orbit and launch  satellites into orbit. In five years, Canadians plan to launch up to eight Ukrainian rockets a year.

The launching of rockets from Ukraine is problematic since the flight course must not pass over densely-populated territories. So the Ukrainian State Enterprise Yuzhmash initiated the creation of a floating spaceport in Kherson Region. Ukraine plans to launch the Cyclone-1M rocket from the spaceport. This rocket is a Ukrainian three-stage super-lightweight rocket launcher that can deliver up to 750 kg of payload to a sun-synchronous orbit up to 600 km high.

Yuzhnoye SDO also works on a project to create a permanent base on the Moon's surface at which a person can stay. Yuzhnoye SDO constructor engineer Roman Mykhalchyshyn says that the Ukrainian enterprises have all the facilities to make a moon base reality. However, the project is comprehensive and costly, so financial support is needed for the construction of a lunar outpost.

The Ukrainian State Budget is unlikely to find enough money to finance all the ambitious projects of creative Ukrainian designers. Thus, it is high time that Ukraine brought private companies on board to realize its full space potential.