August 24, 2021
The 30th anniversary of Ukrainian independence invites us to look back into the history of Eastern Europe and try to understand why Ukraine’s independence is so important for Europe – and for the whole world. 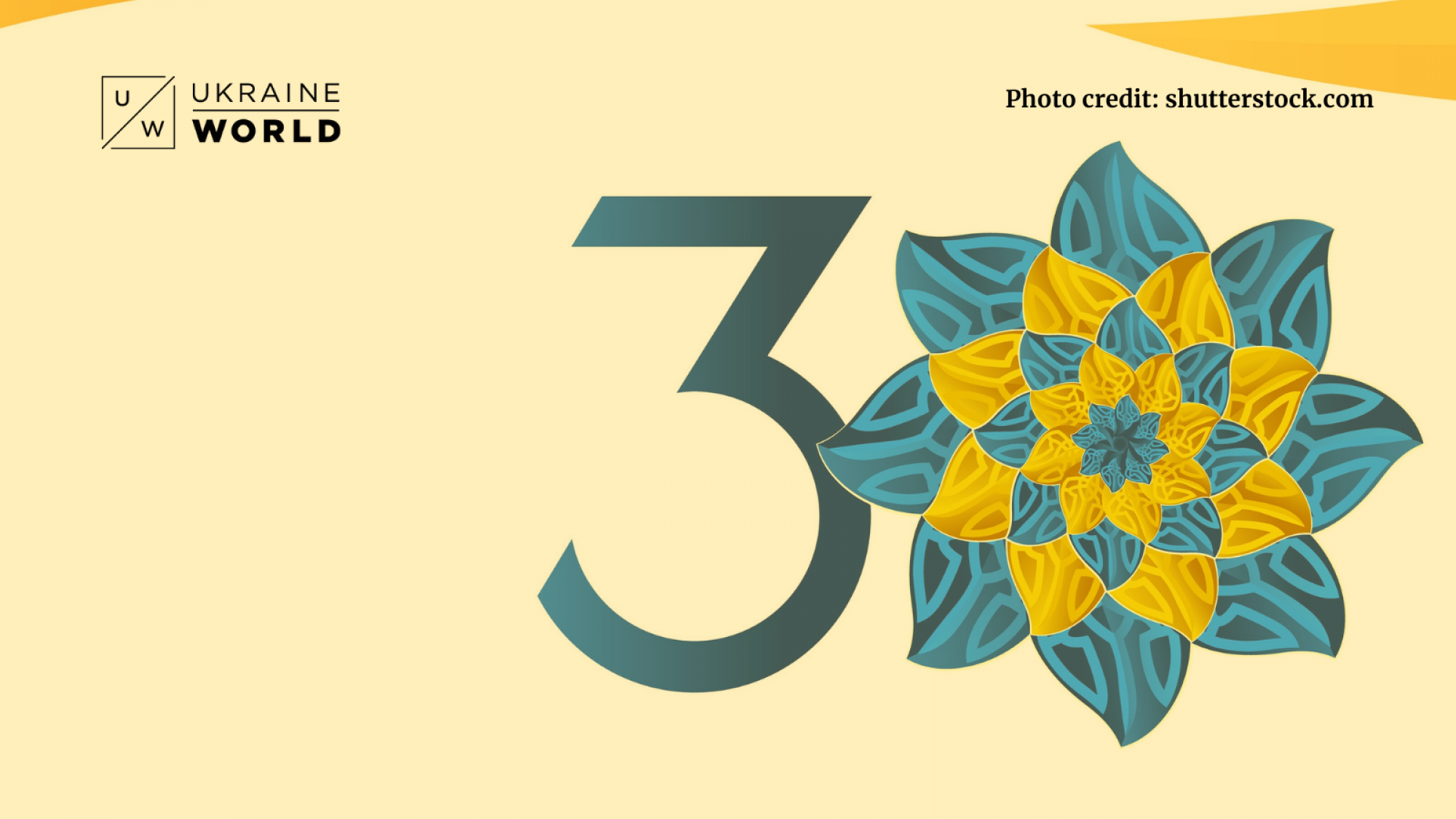 There is a key difference between the Ukrainian and Russian political cultures.

The Ukrainian political tradition is essentially republican. It is based on the ideas of locality, community borders and bottom-up political legitimacy.

Russian political culture is essentially imperial. It is based upon the ideas of expansion, borderless vision of the world and top-down political legitimacy.

Interestingly, this difference has been noticed by many observers of Eastern Europe in the past: from Voltaire to Mérimé, and from Mickiewicz to Sacher-Masoch.

When in the past few centuries Ukraine had lost its fight for autonomy and civic rights to Russia, these defeats meant not only the defeats of the Ukrainian nationhood or political project, but also the defeat of the idea of republic governance to the idea of empire in Eastern Europe.

Here are some key examples from the past.

Episode I: The 18th century

In 1709, the army of Swedish king Charles XII, joined by Ukrainian Cossacks led by hetman Ivan Mazepa, lost the Battle of Poltava to the forces of Russian tsar Peter I. This would prove to be not merely a local event — but a key inflection point for Europe. After this battle, and following its final defeat in the Great Northern War, Sweden soon lost its hegemony in Northern and Central Europe. Over the following centuries, Sweden would turn into a normal nation-state — today one of the socio-economic models for the rest of the world.

But Russia's success in the Great Northern War and the radical reversal of its attitude to Ukrainian autonomy also opened the gates for Russian expansion to the West, North and South, as well.

First, it led to the gradual disintegration of the autonomous Ukrainian Cossack polity, the so-called Hetmanshchyna. Afterwards, it led to Russian expansion to the shores of the Baltic, Black, and Azov Seas (including the Russo-Turkish wars and the first annexation of Crimea in the Treaty of Küçük Kaynarca in 1774), after which Russia gradually became a major military and maritime empire in Europe. Then, it meant further expansion to the Central Europe and gave Russia a key role in the partition of Poland in the late 18th century.

Note that the first partition of Poland in 1772, the first annexation of Crimea in 1774 and final collapse of the Zaporizhian Sich (a Ukrainian Cossack political and military entity that had existed for several centuries) in 1775 took place almost at the same time, under Catherine II.

When Western-inspired Russian military elites rose up against the ascension of an absolutist Tsar in the 1825 Decemberist Revolt in St. Petersburg,  it had a significant Ukrainian component.

The Russian Decembrist Revolt of 1825 had a significant Ukrainian component

The "Southern Society", one of the key wings of the future Decembrist movement, was based in Ukraine; its key leaders (Muraviov-Apostol, Volkonskyi and others) had Ukrainian origins.

One of the key leaders of the Decembrist movement, Russian poet Kondratii Ryleyev, was a sympathizer of the  Ukrainian struggle, and in one of his poems even depicted Ivan Mazepa as a valiant fighter against autocracy (samovlastie) rather than as at traitor, as Russian propaganda and literature (including Pushkin) would do.

Finally, the uprising of the Chernihiv battalion in Northern Ukraine was one of the key military events of the whole Decembrist story.

After the Russian emperor defeated the republican uprising, Russia turned into an even more reactionary empire, and would be one of the key forces against the republican and revolutionary ideas of mid-18th century Europe.

When Russian poet and philosopher Fiodor Tiutchev wrote his famous article Russie et révolution in response to the wave of revolutions of 1848 in Europe, he was formulating the key raison d'être of the Russian Empire of the 19th century: to be a major European force against democracy and revolutionary movements.

Things haven't seemed to change much since then.

When Ukraine lost its bid for independence in 1921 after the collapse of the Russian empire, it only seemed like local Ukrainian drama. It would later prove to be much more significant.

Sadly, however, few people were aware or interested in the fate of  people like Volodymyr Vynnychenko, a famous Ukrainian writer and former Prime Minister of the independent Ukrainian state, who lived a poor émigré life in Western Europe on a stipend from Czechoslovak government. But the danger of a new Ukrainian uprising was one of the reasons why Stalin was so eager to occupy Poland in 1939 (he thought Poland was trying to use the Ukrainian national movement in order to destroy the Soviet Union) and start World War II alongside Nazi Germany.

After the defeat of Nazism, the occupation of the Central and Eastern Europe and splitting Europe in two hostile halves was the natural result of  Soviet expansion to the West.

But this expansion started not in 1939 -- but instead with the crushing of the Ukrainian independence movement in 1921, the murder of at least 4 million of Ukrainian peasants in the Holodomor (artificial Famine) of 1932-1933 and the extermination of key members of the Ukrainian intelligentsia, who were mostly killed in Russian camps in the 1930s.

The empire never stops, of course, — unless it is made to stop by force and solidarity. Its essence includes an idea of eternal expansion of borders — into a never-ending borderless drive. The story of Ukrainian-Russian relations makes clear that Russian expansion never stops at Ukraine.

Therefore, if Ukraine loses its independence now, many countries -- and the whole balance of power at least in Europe -- would very soon be thrown into chaos.

Today, as Ukraine celebrates the 30th anniversary of its restored independence, it finds itself again in a growing security vacuum.

International sanctions imposed after 2014 occupation of Crimea and aggression in Donbas did help Ukraine halt further expansion of the new Russian empire. (Curiously, this expansion found its key symbolic metaphor in the idea of "Novorossia" — i.e. the key product of Russian expansion in the 18th century to the Black Sea and Azov Sea regions discussed above).

But in recent years, this "status quo" has been put into question. Russia has built  huge military military infrastructure in Crimea, with signs of deploying nuclear weapons. This spring, Russia deployed tens of thousands of troops near Ukraine's eastern and northern borders. Lukashenka's inhumane dictatorship in Belarus has thrown Ukraine's key northern neighbor into the hands of Russia. If Russia succeeds in fully realizing its "Union State" project between Moscow and Minsk, thereby demolishing Belarus' sovereignty, Russian troops would be able invade Ukraine from the North, as well.

Ukraine is almost encircled: from the south by occupied Crimea; from the east and northeast by Russia, and eventually from the north by Russian-controlled Belarus.

Add to this Nord Stream II, which is not only an economic project, but also a political and security one.

If Ukraine ceases to be a major transporter of Russian gas to Europe, it will lose one of its precious few points of leverage in its relationship with Moscow.

All of this poses major threats to Ukraine's independence. In the past years, these threats have only increased.

Looking back at our common history, Ukraine has grounds to be worried, but the rest of the world should be worried too. Our history shows that the empire never stops -- and it has never stopped at Ukraine. Violating borders and international norms never happens once; it usually turns into a habit.

This is why preserving and strengthening Ukraine's independence is so important for Europe, and the world as a whole.

Ukrainian MP Nadiya Savchenko has been detained by Ukrainian security officers on accusations of plotting to carry out a terrorist attack and stage a coup. Prosecutor-General...
PODCAST
June 14, 2018