March 11, 2019
Thirty years ago the Berlin Wall fell and so did the old world order. The Soviet Union only survived a couple of years . Some might remember the vision of Mikhail Gorbachev about the common "European house". But now Russia and the European Union seem to stand on opposing grounds. In our three-part publication, our Polish, Ukrainian and German authors describe how people's opinions towards Russia and the EU in their countries have changed in the last 30 years. Part one: the Ukrainian perspective. 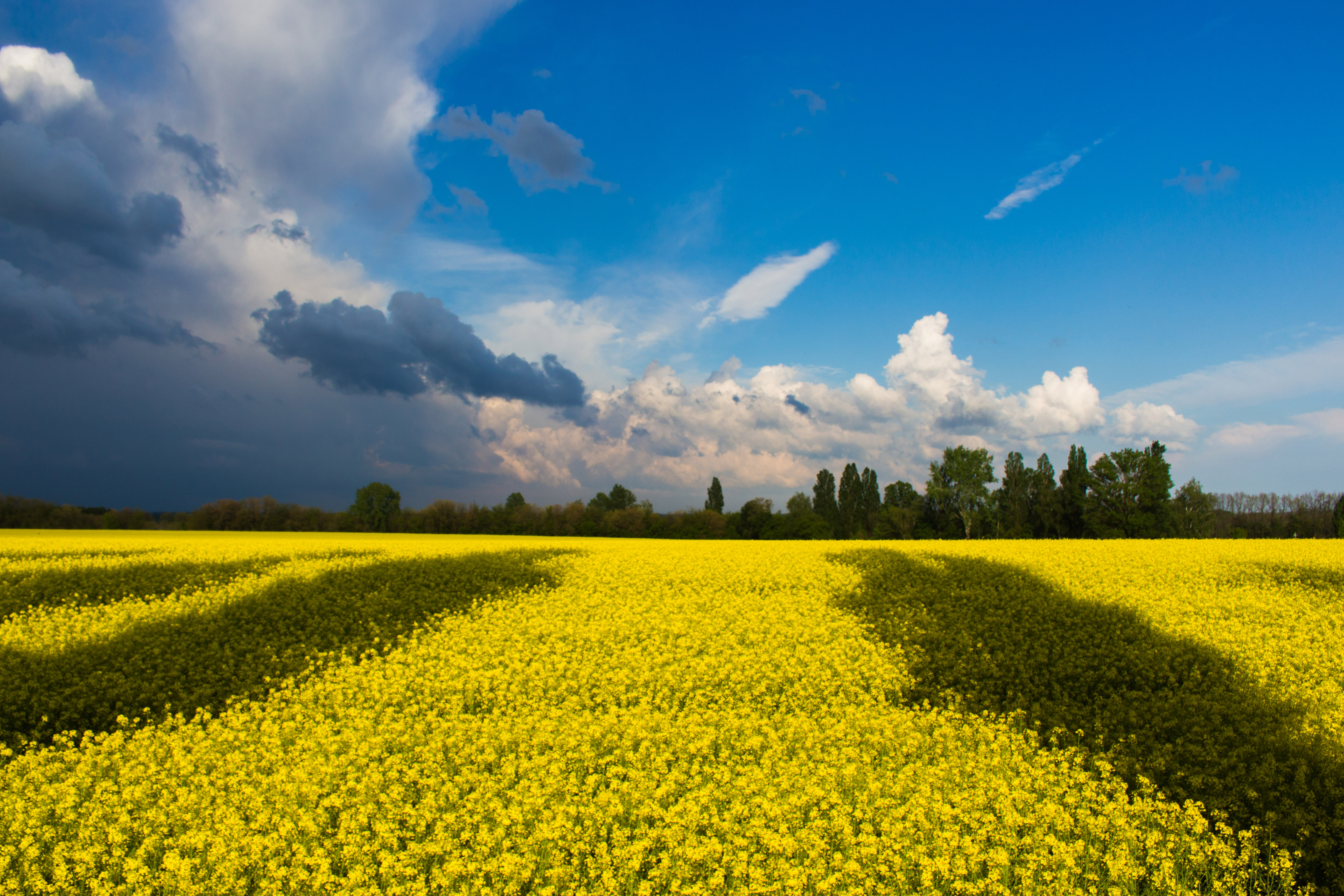 When Milan Kundera wrote his famous “Tragedy of Central Europe” in 1984, he brought the “kidnapped” Central Europe back to Europe's mental map. His text imagined an enlargement of Europe to the East, which opened minds for the EU’s political expansion 20 years later.

By erasing the lines between Western and Central Europe, however, Kundera also drew new ones: Eastern Europe, under Soviet rule, remained enslaved by what Kundera called “Russia”, a terrifying void with no visible national distinctions. For Kundera, countries like Ukraine simply didn’t exist.

In 1984 this seemed like a logical myopia. After a long struggle for its identity, Ukraine as a nation had been absorbed into Soviet-Russian identity. When Kundera wrote his essay, thousands of Ukrainians were in gulags, silenced; their voices rarely reached the West. Earlier, in the 1930s, an entire intellectual generation had been exterminated (we now call it the “Executed Renaissance”). About 4 million peasants (the core of what was then the Ukrainian nation) were starved to death in an artificial famine of 1932-33.

Silencing through extermination had its results: when the Soviet Union collapsed in 1991, “homo sovieticus” did not disappear. The USSR collapsed as an empire but continued to exist in a new “suzerain-vassal” form: in the 1990s, Moscow still effectively ruled its former lands.

Furthermore, Ukraine’s 1990s were different from the 1990s in Central Europe: while the latter made huge economic gains under European influence, Ukraine was “privatized” by the new local elites: former Soviet or KGB nomenclature, “red directors” and criminals. All this formed a new oligarch mafia, which took deep roots.

In the 2000s and 2010s, Ukrainian citizens revolted twice against this system, during the 2004 Orange revolution, and as with the Euromaidan movement of 2013-2014. Both had a new nature: they were revolts of a new Europe against a non-Europe. Despite their ambiguous achievements (institutional reform was modest in both cases) both diminished the influence of homo sovieticus and opened the way for Ukraine’s new European look.

When, back in the 1920s, Ukrainian intellectuals like Khvyliovyi or Zerov were advocating a “Eurasian renaissance”, a “proletarian” complement to the elitist European Renaissance of the 15-16th centuries, they attempted to link Ukraine to Europe and draw it “away from Moscow”. In 2018-2019, “away from Moscow” became a political slogan of President Poroshenko. Poroshenko’s five-year rule can be praised or criticized, depending on one's viewpoint, but the slogan reflects a broader social reality: an increasing number of people had turned their faces from the East to the West. This no longer concerned only intellectuals, as in 1920s, but was a much wider process in politics, education, culture, and business.

Kundera’s essay still remains an important line of thinking but it should not be taken as dogma. Since 1984, Europe’s borders have shifted eastwards. Today they are somewhere in war-torn Donbass in eastern Ukraine, and not between Central Europe and “Russia”, as Kundera believed.

But today’s epoch is also more gloomy than the 1990s or even the 1980s. Borders between Europe and non-Europe became more liquid and more fractious: it is no longer an “iron curtain”, it is a river of fire. Contrary to Fukuyama’s optimism in 1989, we don’t know yet today who will win in the battle between liberalism and authoritarianism, between Europe and non-Europe. In this battle, the destiny of Ukraine will play a crucial role.

Thirty years ago, back in the late 1980s, Ukraine was not an independent state — it was a republic of the Soviet Union. Therefore, at that time, one could hardly speak of an authentic Ukrainian national identity—what replaced it throughout the existence of the Soviet Union was Soviet identity. In those days, most people in Ukraine were homo sovieticus.

Today, Ukraine is an independent state with a relatively strong national identity and a military conflict with neighboring Russia. In 2014, after Euromaidan, or the Revolution of Dignity, the Russian Federation illegally annexed the Crimean peninsula; soon afterwards, parts of the Donetsk and Lugansk regions became Russia-backed self-proclaimed “People’sRepublics” beyond the control of the Ukrainian government.

Politically, after 2013-2014, Russia lost Ukraine. In early 2015, the Ukrainian parliament adopted a resolution that defined Russia's actions in Crimea and Donbass as aggression against the Ukrainian state; furthermore, under Ukraine's new military doctrine, the Russian Federation was defined as Ukraine’s military opponent. In December 2018, the Ukrainian parliament terminated the Treaty on Friendship, Cooperation, and Partnership between Ukraine and the Russian Federation signed in 1997. Petro Poroshenko’s presidency, which began in 2014, is very explicitly anti-Russian and pro-European, focused on Ukraine’s further integration into the EU and NATO. On February 7, 2019 the parliament cemented Ukraine’s course towards the European Union and NATO in its constitution.

In this context, how has this political shift changed Ukrainian citizens’ attitudes to and perceptions of Russia?

Recent polls suggest a somewhat surprising dynamic. According to the results of a survey conducted by the Kyiv International Institute of Sociology and the Russian Levada Center, in 2018, almost every second resident of Ukraine (48%) said they had a positive attitude towards Russia, despite the dramatic events of the last half a decade.But while this proportion may seem astonishingly high, the statistic does suggest important changes that have occurred since the start of the war. From 2008 to 2014, about 85-90% of Ukrainians felt positive about Russia.

Perhaps Russia has not lost all its supporters in Ukraine yet, but it has definitely lost the younger generation. With the introduction of visa-free travel to EU countries, Ukrainians, and especially younger ones, began to travel significantly more. People are interested in a democratic lifestyle, decent and comfortable working conditions, and environmental issues. For millennials who don’t have any Soviet past, Russia often seems to be a symbol of conservative and reactionary “family values”.

These young adults listen to European music and want to buy Ukrainian brands. They quote Ukrainian poets, they discuss human rights and they want to read the world's bestsellers in Ukrainian translations.

Recently, my MA students asked me to update the reading list of my course on European literary theory. When it comes to French and German sources they want to read them in Ukrainian or Polish, not Russian translations. Meanwhile, an initiative started by parents from my daughter’s school requires that the second foreign language not be Russian, but English, French or German. Not surprisingly, they are ready to pay for it.

Western Europe’s culture of anti-violence continues to exert a magnetic pull on Ukrainian society. But will that be enough to resist Russia’s twenty-first century...
VIDEO
January 13, 2020