March 4, 2019
Five years into the war against Ukraine, and Russia keeps up support for its activities in the field with aggressive propaganda both home and abroad. A number of events involving Ukraine that took place in recent months, including developments around the Sea of Azov and the ensuing introduction of martial law, the autocephaly of the Ukrainian Orthodox Church, as well as the coming presidential elections, have instigated a new spin of Russian propagandist practices in addition to those that had already been out there. 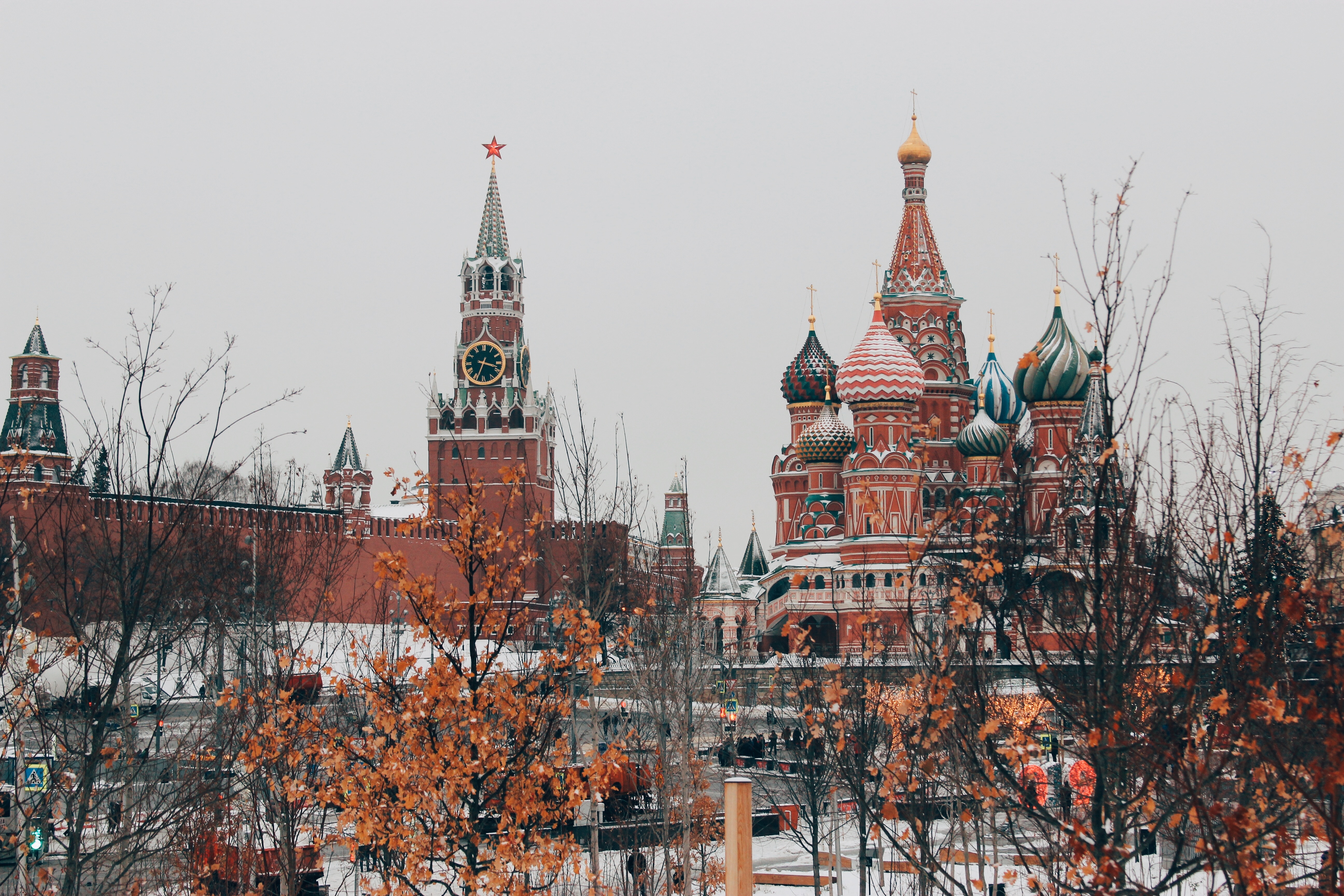 Catching Russia in the act

In 2018 Ukraine saw a major civilizational shift it had long been striving to achieve: after three hundred years of formal (and forceful, many agree) subordination to Russia's Orthodox Moscow Patriarchate, the Ukrainian Orthodox Church finally became recognized as a fully-fledged autocephalous entity by the Ecumenical Patriarchate. However, as Ukrainians rejoiced at the long-awaited blessing with an independent Church the rage of Russia's state machine, communicated through its powerful propagandist apparatus, seemed to know no limits. Messages disseminated by Russian media outlets on the issue included accusations of schism committed by the Ukrainian Church, which had tragically broken away from its metropolis (thus, Ukrainians were compassionately presented as the 'lost sheep' of the Russian Church) as well as allegations of unchecked terror against churches of the Ukrainian Orthodox Church Moscow Patriarchate in Ukraine.

"Medieval means of political blackmail: churches of the canonical Church (read, of the Russian Church in Ukraine) are being set on fire," REN TV, a Russian federal channel, reported on 11 December. Russia Today, whose propagandist credentials do not need any presentation whatsoever,cynically designated the newly-established entity the "government-procured Church," seeking to emphasize that the nature of the Ukrainian Church is allegedly – and exclusively – political in nature. In fact, Russian media outlets went as far as to unanimously claim that the Ecumenical Patriarchate had no authority to grant autocephaly at all, which comes off, to put it mildly, as a blatantly erroneous statement.

The above is a good case study of what Russian propaganda has been busy with lately when it comes to Ukraine. There are three major narratives that Russia has been pursuing for years now. The first narrative is focused on presenting Ukraine as an aggressor state with neo-Nazi leaders. The second narrative goes even further, and suggests that Ukraine is a failed state. The third one essentially says that Ukraine, as a state and as a people, is inferior to Russia and, therefore, has no chance of survival unless guided by its "older brother" (hence, the 'lost sheep', remember?).

That said, the Russian propaganda machine managed to find enough fuel to feed each of the three narratives in recent months.

Several landmark developments during the last couple of months, including the incident near the Kerch Strait in late November, the Ukrainian Orthodox Church receiving the mentioned status of autocephaly in early January, as well as the recent launch of the presidential election campaign turned out to be more than enough to keep the rusty (yet beasty in their appetite) wheels of Russian propaganda turning.

The multitude of Russian goals

The incident near the Kerch Strait in late November – which was basically overt aggression by Russia against Ukraine – turned out to be a perfect opportunity for Russian propaganda to present Ukraine as a perpetrator and aggressor. "Ukrainian provocation" is the mildest and probably the most widely employed designation that Russian media outlets use to describe what happened on 25 November 2018. "We talk about a Ukrainian provocation here coupled with a blatant violation of Russian state borders with all ensuing consequences for the perpetrator," reads the story dedicated to the incident published by Vesti.ru on 12 December 2018.

This shows how a good choice of angles allows Russian propaganda to kill two birds with one stone: in addition to presenting Ukraine as an aggressor state, it also produces a vision of a credible excuse for the capture of Ukrainian political prisoners.

Apart from that, it provides for the creation of long-term effects. For instance, Russian men will be more willing to go to war to the occupied territories of Donbas to defend the "Russian world" against the backdrop of recurring news about Ukrainians (allegedly) attacking the borders of their motherland.

Another explanation regarding the incident that proved to be popular among Russian propagandist outlets is that the incumbent Ukrainian authorities seek conflict with Russia to hold onto power. "Poroshenko needs conflict both to receive international support and to consolidate his stand domestically, i.e. to mobilize constituents around the commander-in-chief managing to counter aggression or, in case they still not support him, to cancel elections," a piece published on Ukraina.ru on the very day of the incident reads. Other interpretations of the same idea are even bolder in their wording. "Poroshenko needed blood and the drowned vessels of the Ukrainian Navy," Russia Today reported on 19 December.

The coming presidential elections in Ukraine have turned out to be a perfect pretext for Russian propaganda to pour a torrent of dirt on it as well.

In doing so Russia seeks to present Ukraine either as a failed state, or, at the very least, as a hopelessly troubled country that will not be able to survive without the guidance its big brother.

"The 'fairest elections' in the history of Ukraine: How is Poroshenko going to appoint himself as president," says the title of a recent material on a website, quite eloquently called Antifashist.com. The very wording insinuates that Ukraine finds itself in the tight grip of an authoritarian regime. Maybe, this insinuation would have been more credible if it were not coming from a state ranking sixty places lower than Ukraine in the Democracy Index 2018 compiled by The Economist. And that's without mentioning the fact that according to the findings of several rounds of nationwide polls, Poroshenko's victory at the forthcoming elections is not an evident outcome.

"The Ukrainian elections became illegitimate before they were even held," the flashy title of another article published on the News Front information agency's website reads. This piece is very representative as it contains all the usual clichés that Russian propaganda has on the topic. Among other things, it says that Poroshenko is trying to get rid of millions of constituents (what exactly is that even supposed to mean?) who are not going to cast their ballots for him. It also says that the incumbent Ukrainian authorities easily walked over OSCE rules regarding international monitors at elections (hence the 'illegitimacy' that the title of the piece mentioned). The expected cumulative effect of all of these insinuations is to present Ukraine as an authoritarian country withno rule of law and respect of human rights – something that objective international ratings quite easily deny.

However, the above picture would be incomplete if Russian propaganda did not go all the way to assuming Ukraine's probable disappearance from the map of Europe."The only way to stop Ukraine's disintegration is to make it a federative state," the central idea of one piece recently posted by Regnum.ru says. Apart from the straightforward suggestion that Ukraine is nothing else than a failed state, there is a less evident goal the piece is pursuing by pushing forward the mentioned idea. The thing is that making Ukraine a federal state is a persistent point on Russia's foreign policy agenda because it would make Ukraine weaker, more susceptible to external influences and, therefore, easier to govern.

In other words, Russia is making up an illness for a completely healthy person so as to suggest a remedy that will most definitely kill the patient altogether

In addition to the discovery of some of Russia's blatant lies about Ukraine, the above also suggests that Russia wields a formidable set of practices that help its propaganda machine to operate. It would be a big mistake to underestimate how inventive, evasive and dynamic Russian propaganda really is. It demonstrates its ability to adjust as well as its intention to persist. That means a lot of things both to Ukraine and the whole world. However, the most important lesson is to watch out and fight back , primarily with similar exposures, for crossing swords in the battlefield may turn out to be good for nothing without swords being crossed online, on TV and elsewhere in the media field.

Maksym Panchenko
journalist at Internews Ukraine and UkraineWorld.org
Next article