August 2, 2022
The story of Natalia Sobol, who survived shelling in Chernihiv and buried her murdered neighbor. 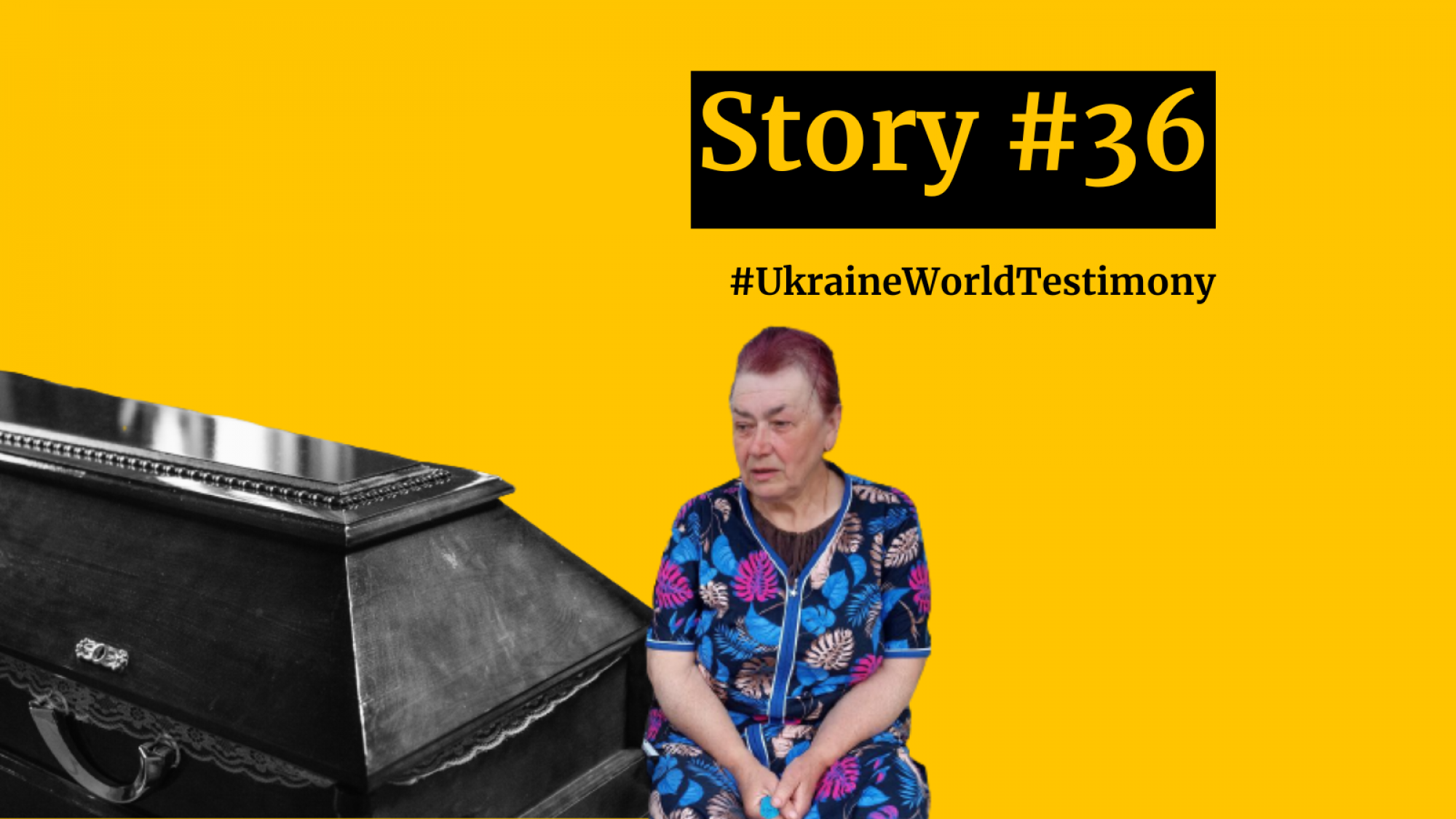 I did not believe that a war could start. When I heard about the beginning of the war, I called my office, and they confirmed it, they told me to stay at home. I went to the store, bought bread and a kilo of cereal. I didn't understand that everything was so serious, so I didn't start stockpiling strategically. And then, when relatives from the Sumy region already called, it became just creepy and scary.

My daughter came with her family. It seemed to us that it was safer in the private sector than in a high-rise building. To distract from bad thoughts, we began to tend to the raspberries, to do something in the yard.

But when about three o'clock in the afternoon tanks and APCs began to appear near the yard, my son-in-law gave a sharp command to pack up in three minutes and get into the car.

I lived with my daughter for a week, and on March 2 I realized that I couldn't do this. My soul was sick, my house was abandoned, and I said to my son-in-law: "Take me home and that's it." He asked me if I understood where I was going. But I insisted. And he brought me home. There was water and electricity, but no gas. On February 26, the Russians bombed a gas station and damaged the gas pipeline. But I still felt comfortable, I was at home.

Until March 6, I heard shells flying, but somehow far away. But on March 6, they started firing 120-caliber mines from a mortar. The first mine fell near a neighboring house, and the wires immediately broke off, the light went out. In general, 6-7 mines fell around my house, and I ran scared to the cellar. The doors did not close from the inside, I held them and prayed. But it wasn't the worst thing in my life.

I was scared on March 11th. My neighbor asked me to come to the cellar, because he had nowhere to hide. We sat there all day, but it was so damp and cold that at about 7 pm we went to sleep and warm up in the house.

Due to the fact that we fell asleep, we did not hear the plane approach. We woke up when it started dropping cluster bombs. We were lucky that only the last shell from the entire arsenal hit my yard, and the bomb hit the pear tree. The windows and two entrance doors blew out in the house, the ceiling collapsed, but, thank God, we survived.

On March 24, the Russians began to heavily cover us with mines. We jumped into the cellar and just counted the number of explosions. I lost count, but more than 40 mines fell on our street. The neighbor at the end of the street was killed.

We had to break open a ritual supply store, we took a coffin there and buried her right behind the store. I had to bury under shelling, and then crawl under fences to get home.

I don't consider Russians to be people, I feel disgust for them. May God forgive me, but I wish them to experience the same that we experienced.

Now I think that life is beautiful and amazing. It is necessary to appreciate every moment of your life and cherish those people who at least once asked: "Are you alive?".

Plural Identity: Why Ukraine Is So Diverse

Ukraine’s identity is pluralistic like a mosaic. Find out why so in our video produced together with the Ukrainian Institute.
Ukraine
July 1, 2019

Maryinka, Sloviansk, Kramatorsk, Donetsk, and other places from modern-day Donbas military chronicles have been the territories where various cultures and political...