October 25, 2022
The story of Tamara, who works in the ritual service of Izyum, Kharkiv Oblast, where a mass burial was discovered after deoccupation. 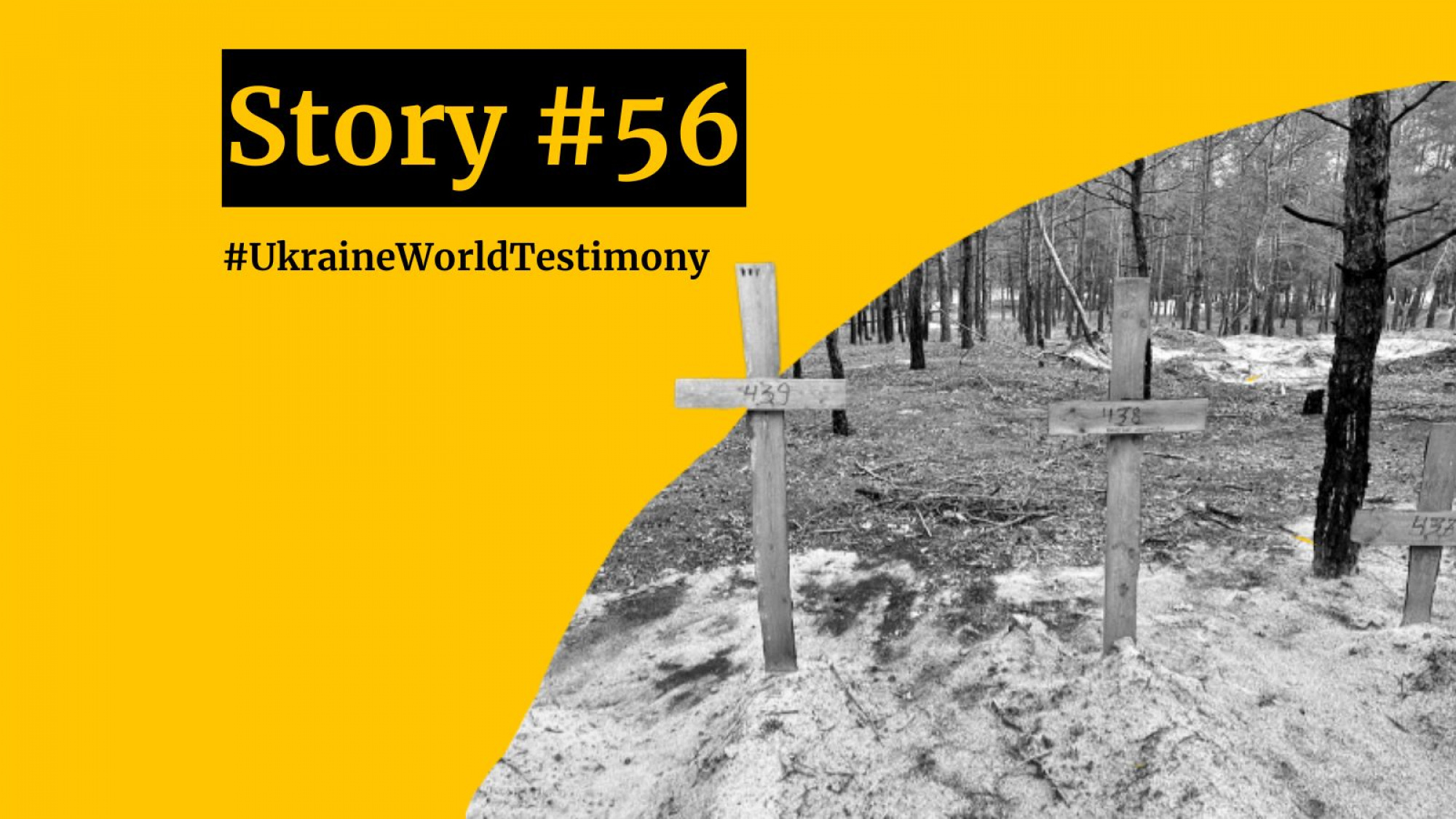 Dead people were brought to us in sacks. With names and surnames, documents and addresses, if those were  known. Our job was to dig a hole and bury them. We kept a book where we wrote down the numbers of the dead for later identification. Then these numbers were written on the tablets in the place of mass burial.

We buried very few unidentified people, most of the dead had addresses, and we found out who it was. Mainly,  those were ones  who died under the rubble of their own houses after shelling.

A lot of people died when Russian invaders entered Izyum. On March 3, airstrikes killed 8 people at once. On March 9, residents of two five-story buildings attacked by the Russians died.

There were several places of mass burials, so Tamara can't name the exact number of those who died in Izyum. Occasionally children went outside to play in the sun.  But shelling began, and they simply didn't have time to reach the shelters . Ritual service workers buried a maximum of 19 people in one day.

Tamara and her colleagues didn't bury all the dead in Izyum. The Russian occupiers themselves buried 17 soldiers of the Armed Forces of Ukraine. Also, some people buried their relatives or friends on their own.

In Izyum, according to Tamara, there were Chechens, Yakuts and those mobilized from the so-called DPR and LPR. They demolished fences, stores, poles with tanks and armored personnel carriers. Sometimes they were shooting at civilians' cars, or people who came out on the streets. Bodies of these people were then brought to the ritual service for burial.

Residents of Izyum, who always had pro-Russian views, helped the Russian occupation authorities. Tamara and other residents had to take humanitarian aid from the occupation administration in order to survive.

"The information war is doing its job," Tamara is convinced, because many people, despite shelling, blackouts, and other horrors, were loyal to the Russian invaders during the occupation. Until the city had no electricity and communication, the Russians brought their propaganda newspapers. And it was the only source of information at that time.

Now Tamara is glad that there are no more missiles flying over her head and she can sleep peacefully. In addition, after the liberation of Izyum, more humanitarian aid began to be delivered to the city. However, she is worried that the morgue, littered with corpses, still operates without electricity, without water, and without a forensic expert.

The residents of Izum are not in a hurry to return home after occupation - there's no central heating in the city. Those who were able to leave Izyum before or during the occupation are returning to their homes, making some repairs, but are looking for housing elsewhere for the winter. No one knows whether it will be possible to launch the central heating in the city this winter. And whether enemy shelling will interrupt the electricity and gas supply again.

Read a new issue of a bi-weekly newsletter with monitoring of Russian activities and influence in Belarus to know more.
VIDEO
March 21, 2018