October 22, 2020
Since 2014, Ukrainian filmmaker Oleg Sentsov has been the face of Ukrainian political prisoners in Russia. A year after his release, Sentsov’s memories of prison remain vivid and clear. With his work, he continues the struggle to help free the others. 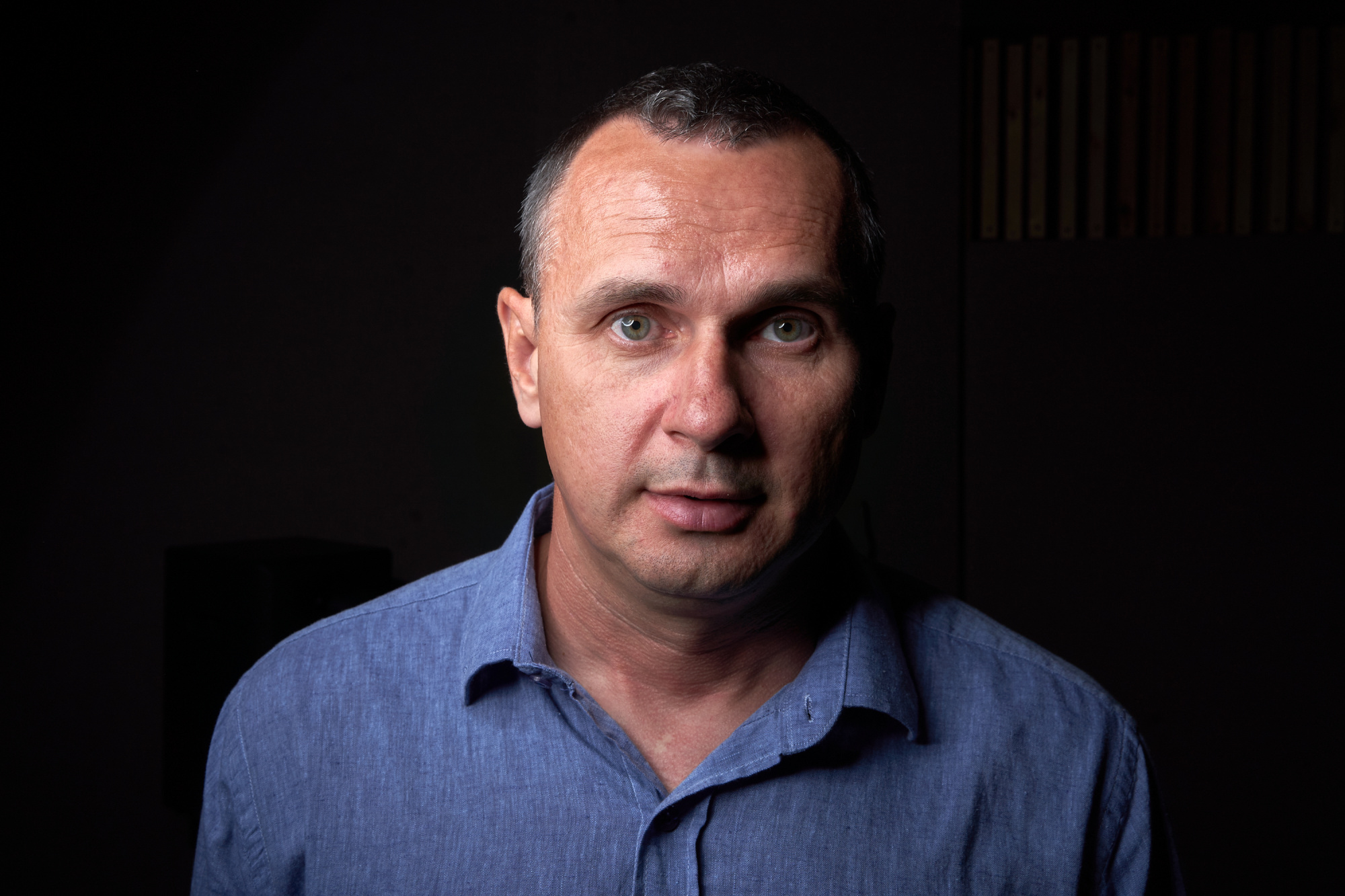 Oleg Sentsov was among the 11 political prisoners and 24 Ukrainian sailors released under the historical prisoner exchange between Russia and Ukraine on 7 September 2019. Since then, Sentsov has not relented in reminding Ukrainians and the world  about others who are being held prisoner by the Kremlin.

A few days after his liberation, he gave a speech at the Yalta European Strategy conference in Kyiv and presented the unusual gift of his prison relics to President Volodymyr Zelensky as an urgent reminder to work for the release of the others left behind. The items included his prison badge in a plastic jar with glued blue and yellow stripes. While in prison, he used the jar to drink tea and, apparently, as a token of hope and good luck. "It was a very precious thing to me, since I made it basically in the first week in Lefortovo (prison in Moscow - ed.), and took it with me everywhere," he recounts to #PrisonersVoice. "For me, it was a symbol of my country, of my fight, just in a visual sense."

Recently, Oleg Sentsov has become part of the #PrisonersVoice project. His story and reflections on his imprisonment will be visualized and recorded in a mobile application with augmented reality technology. Together with fellow former political prisoners Oleksandr Kolchenko and Volodymyr Balukh, they are drawing attention to the Ukrainians who are still being held hostage in Russian prisons and to the Kremlin's aggression against Ukraine. According to Prisoners Voice, a global campaign for their liberation, there are still 100 more Ukrainians illegally imprisoned in Crimea and the Russian Federation.

As with many other prisoners, Sentsov's case has been illustrative of the Kremlin's oppression against Ukrainians on trumped-up grounds

As with many other prisoners, Sentsov's case has been illustrative of the Kremlin's oppression against Ukrainians on trumped-up grounds. While many activists were detained in Crimea after Russia's annexation (in March 2014 - ed.), Sentsov did not see himself as a potential person of interest and remained in Crimea "to help out those who needed it". Nevertheless, on 10 May 2014, his car was blocked and he was detained near his house in Simferopol by more than 10 men in civilian clothes.

During his interrogation, Sentsov was beaten and threatened with rape, but still did not break. He realized at that point that other than a few locals, his assailants were from the  Russian Federal Security Service. They tried to make Sentsov testify against the leaders of the Maidan, but he refused. "I was not ready to die as a coward or live as a coward", he tells to #PrisonersVoice, "I would have betrayed all the guys who were on Maidan and died there, and all my friends who were fighting in Crimea and Ukraine". This became a recurring theme of his six years in Russian prisons, during which Sentsov would openly stand for his country.

In hopes of finding something to justify his arrest, the Russian proceeded to search his house. "They were expecting to see a terrorist lair when the door opened, and there was my daughter holding a book", Sentsov recalls. When taken to the former building of the Security Service of Ukraine, he says to #PrisonersVoice, they had no idea he was a film director. "They were very sure that they caught some kind of a super saboteur, a super spy". 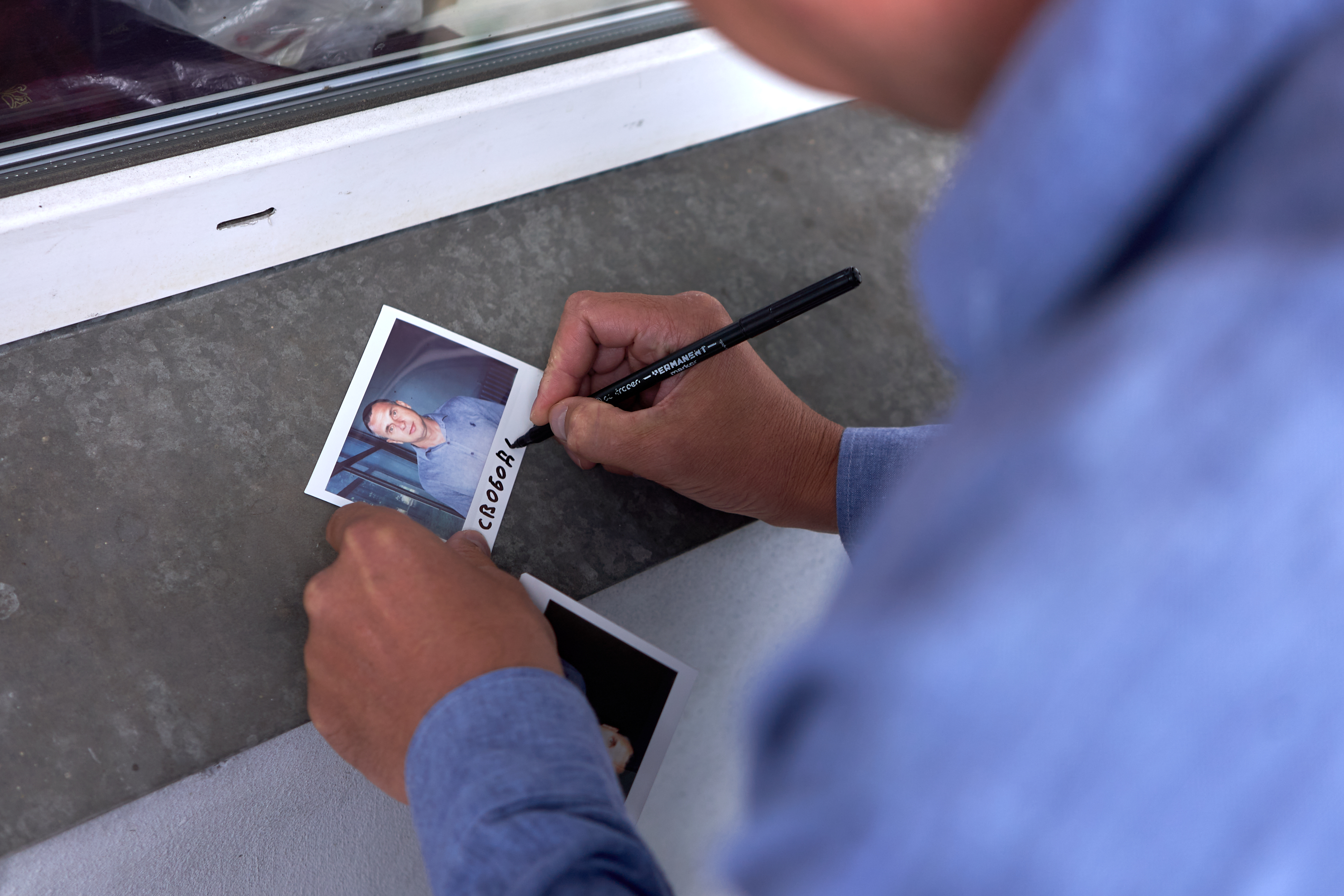 Because of this, his detention caused a great deal of awkwardness for his captors. "It was a coincidence [that I was a film director], and I was a problem for them", Sentsov says in #PrisonersVoice. "On one hand... I did not break. On the other hand... I was quite famous," he adds. Senstov's notoriety has indeed drawn unwanted media and public attention for the Kremlin, not only to the Ukrainian filmmaker from Crimea but in general to the new Russian gulag in the making. Politicians and human rights defenders, as well as film directors and actors around the world kept calling for the release of Oleg Sentsov.

Even so, in August 2015, a court in Rostov-on-Don accused him of setting up a terrorist group with Hennadiy Afanasiev, Oleksiy Chyrniy and Oleksandr Kolchenko as members and accomplices. According to the charges, Sentsov was the leader and organizer of a plot to carry out terrorist attacks around Crimea. Afanasiev and Chyrniy had taken part in the arson of the Russian Unity office, but Sentsov's only acquaintance with them was that they had briefly met each other at  peaceful pro-Ukrainian rallies prior to the annexation of Crimea. For his part, Kolchenko, who was also accused of another arson, denied having received any orders from the filmmaker.

When the investigation process began, Oleg Sentsov was transferred to Moscow's Lefortovo prison. Still, in the first few months, he recalls, his captors did not know what to do with him. But testimonies of Afanasiev and Chyrniy filled the void. Under pressure of the investigation, they named Sentsov as the ringleader of their supposed plots, though Afanasiev would later recant his statement. "Gathering grudges is a hobby of the weak", Sentsov would respond to this. But in 2015, Oleg Sentsov was unjustly sentenced to 20 years in prison. He would spend the next two years in a prison in Yakutsk. But his worst memories are from Labytnangi, a penal colony in the far north of Russia, where he was imprisoned for two years before the release. There, he tells #PrisonersVoice, "Everything was done to humiliate the prisoners as much as possible".

Everything was done to humiliate the prisoners as much as possible

It was in Labytnangi where his dreams started matching with the reality he was in, Sentsov remembers. While this was frightening, it made it psychologically easier for him to adapt to reality. Some of his dreams are shown in his prison diary that was released in Ukraine in September.

Years of illegal imprisonment gave him time "to have written enough" for the next few years, Sentsov argues. Since his liberation, he has published five books, is working on a movie called Rhino, and has planned another film for the following year.

In the continuous struggle against the Russian aggression in Ukraine and Crimea, Sentsov has not not shied from the spotlight. "We need to have a strategy to fight Putin and change his regime to a more democratic one", he said in an interview for the #PrisonersVoice project. In fact, the former political prisoner of the Kremlin believes that Ukraine should not "waste time negotiating with Putin on the return of Crimea and Donbas", "This is simply impossible". 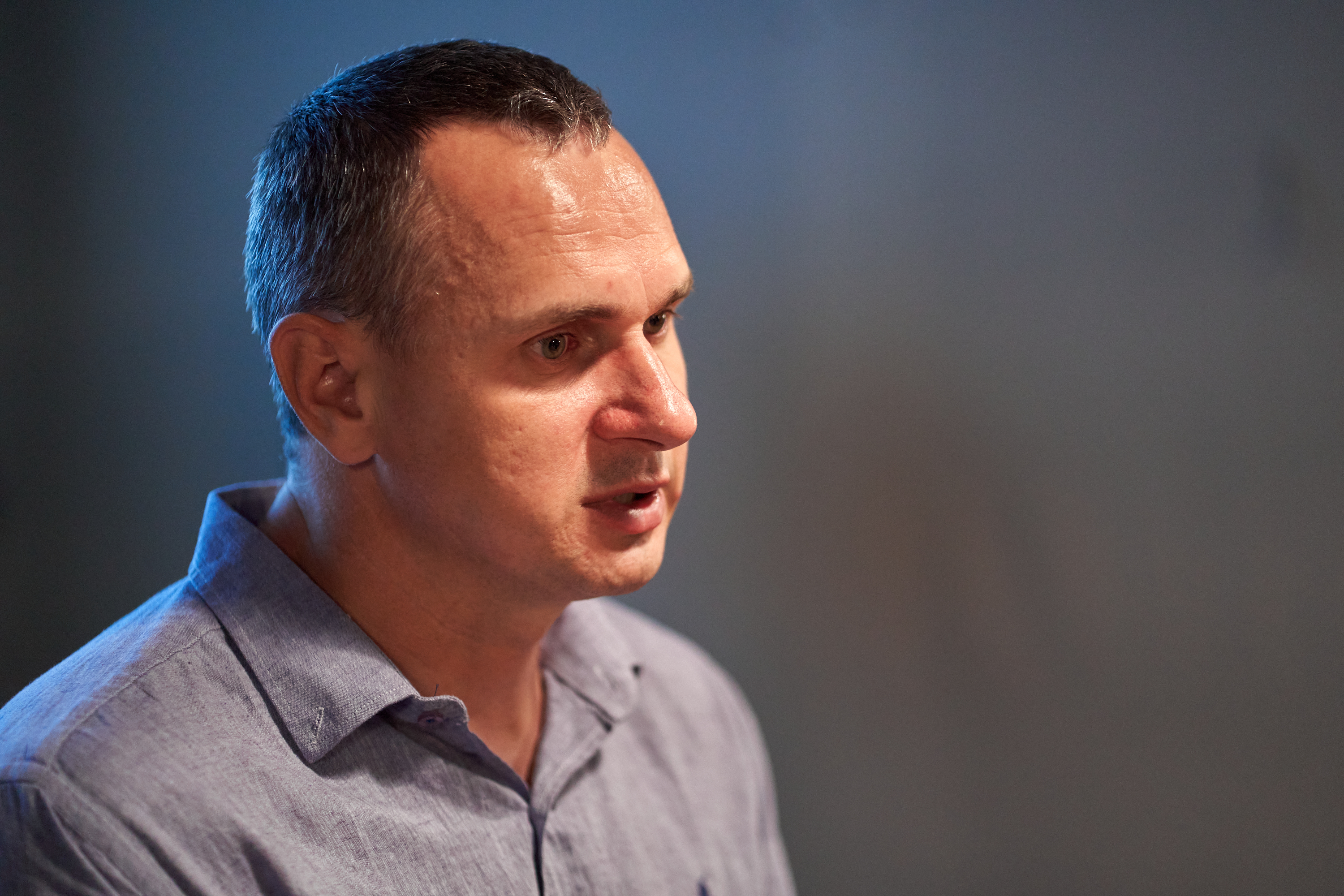 With the numerous letters of support and public attention he had received in prison, Sentsov has learned to not underestimate the power of words. His own example inspires those who agitate and protest for the 100 Ukrainians illegally held in Russian prisons. That is why he told RFE/RL that he would shake Putin's hand if it lets even one person free. That is why the plastic jar brought from Russia's northernmost prison matters. "Not everything works immediately", he reflects for #PrisonersVoice.

You may have heard the names Oleh Sentsov, Pavlo Hryb, Volodymyr Balukh – three among 70 Ukrainians illegally detained by the Kremlin. They were imprisoned simply...
PODCAST
February 17, 2018