June 3, 2020
Myroslav Skoryk, Ukraine’s world-famous music composer and conductor, died at the age of 82 in Kyiv on 1 June. UkraineWorld remembers Myroslav Skoryk’s life and his immense contribution to both Ukraine’s and the world’s musical heritage. 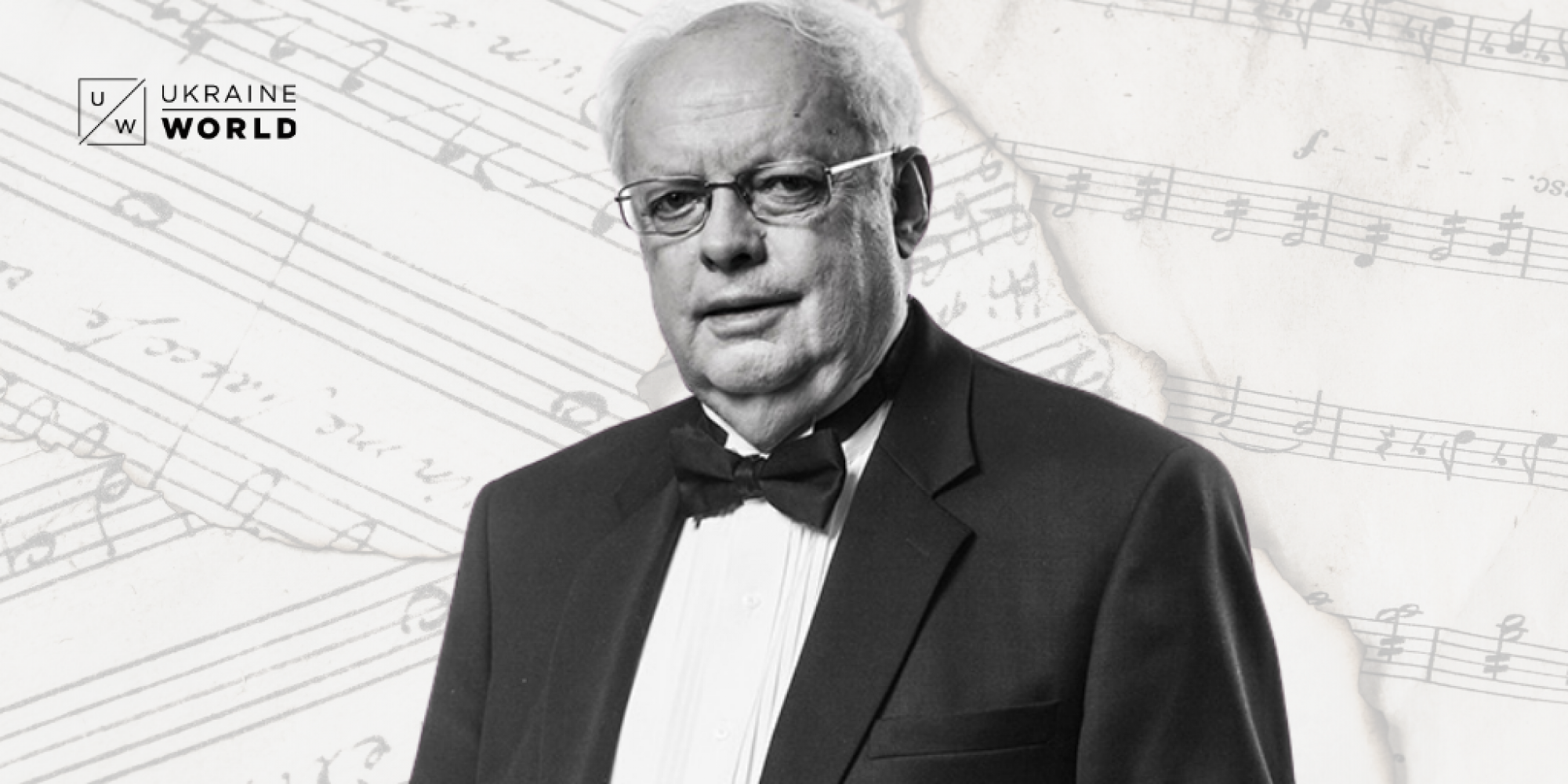 Known for jazz and Carpathian folk motifs, his enchanting compositions have been played by orchestras across the globe, and even blessed by Pope John Paul II. Some of Skoryk's titles included longtime artistic director of the National Opera of Ukraine, Hero of Ukraine, and People's Artist of Ukraine. But his masterpieces speak most strongly of all. His most famous and deeply touching Melody in A Minor has become one of the nation's spiritual anthems, and has been performed worldwide.

Born in 1938 in Lviv, a city in Western Ukraine, Skoryk started to play at the early age of 6 thanks to his grandmother's sister, the world-famous Ukrainian opera singer Solomiya Krushelnytska. She was the one who first noticed Myroslav's impeccable hearing and suggested sending him to music school.

In 1948, when Soviet repressions intensified, the Skoryk family was deported to Siberia. There, in a mining town of Soviet Russia, he continued to play piano. "They started to consider me a prodigy," he recalled, "and they drove me to the regional town of Kemerovo and showed everyone saying whatever the number of notes you press for him, he will name all of them at once".

After Stalin's death, when Skoryk turned 16, he was finally able to return to Lviv. There, he enrolled in the local conservatory. In his hometown Lviv, as a fan of jazz, Skoryk wrote the first composition offering a Ukrainian twist on the music style - a combination of jazz and rock notes for a newly created band Veseli Skrypky (Funny Violins -ed.) called Do Not Trample Lilies of the Valley. The song was a hit of 1963.

Another remarkable composition was Myroslav Skoryk's soundtrack for Sergiy Parajanov's Shadows of Forgotten Ancestors, among many other movies. The young composer created the outstanding neofolk music with Carpathian Hutsul motifs for Parajanov at the age of just 26.

From energetic twists to operas, Myroslav Skoryk's music works had no boundaries. They offer a full spectrum of emotions and rhythms. The thought-provoking and evocative opera Moses, adapted from the poem by Ukrainian writer and poet Ivan Franko, is another great product of the composer's multifaceted talent.

In 988, Prince Volodymyr accepted Eastern Christianity and initiated the process of baptizing the whole country. Watch the video by Volodymyr Yermolenko to find...
PODCAST
May 15, 2020