First Dependent: How Pro-Kremlin Media Is Trying to Get Around Sanctions

March 19, 2021
After sanctions were imposed on TV channels linked to pro-Russian oligarch Victor Medvedchuk, a new channel was set up to take their place. It claims to be “independent", but is still relaying pro-Russian narratives. 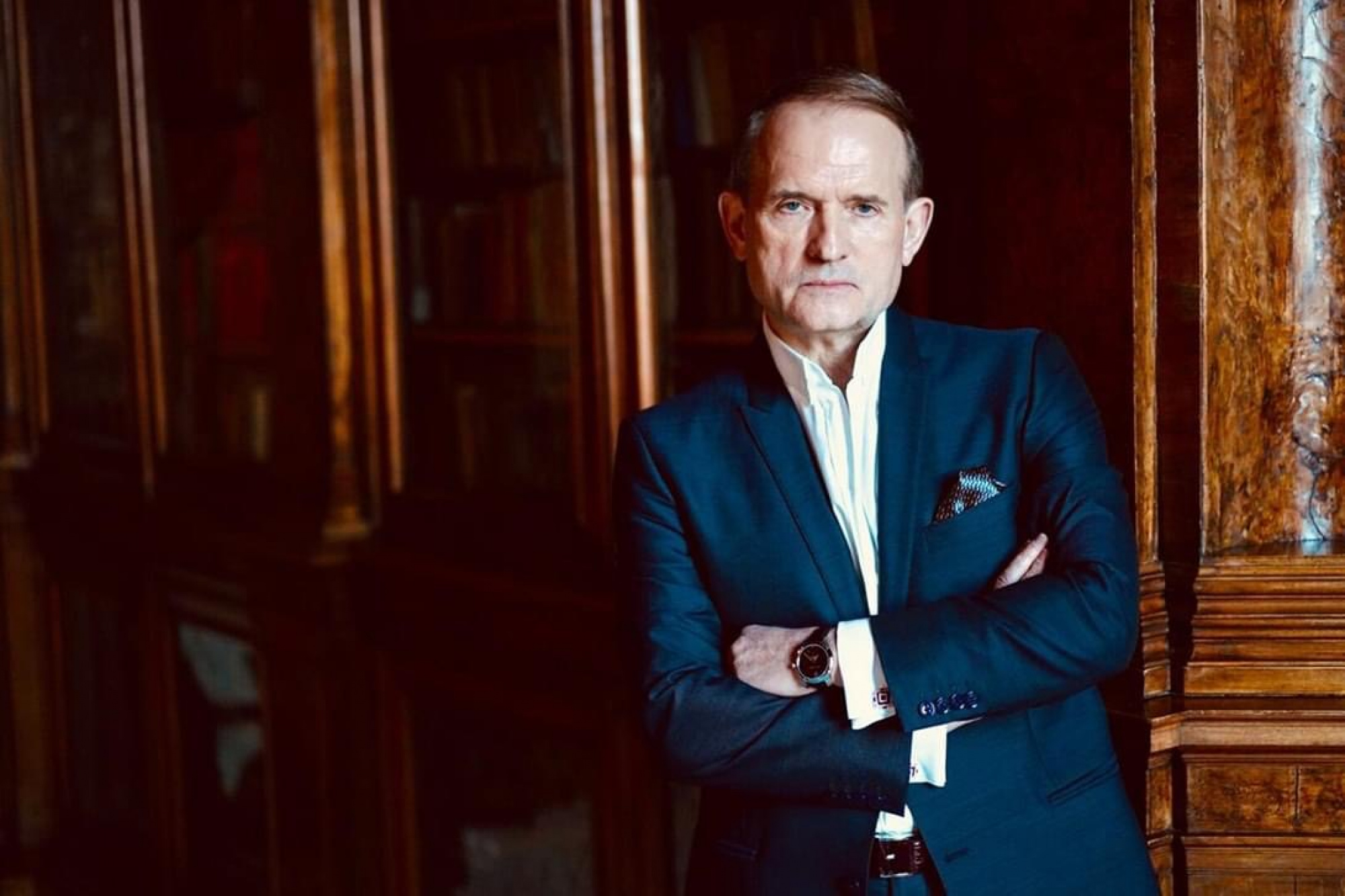 On February 23, Ukraine's Minister of Culture and Information Policy Oleksandr Tkachenko reported that journalists from the sanctioned TV channels 112 Ukraine, NewsOne, and ZIK had established "Novyny" LLC, registered at the same address as 112 Ukraine. The LLC`s title coincides with the name of the blocked media group controlled by Viktor Medvedchuk, one of the leaders of the pro-Russian Opposition Platform — For Life (OPFL) party.

On February 26, "Mediaholdyng Novyny" LLC launched a new TV channel called First Independent (Pershyi Nezalezhnyi). However, it was blocked from satellite broadcasting by Ukraine's Security Service within an hour. The LLC`s statutory capital constitutes only 100 hryvnias, raising doubts about its ability to finance a non-profit enterprise.

We take look here at the content which First Independent shared within the period of February 26-March 9. While its journalists claim their channel is independent, our analysis reveals that it has the same hosts, guests, narratives and management as the blocked channels it replaced. All of this links First Independent to the Novyny media group (112 Ukraine, NewsOne, and ZIK) and its de-facto beneficiary Viktor Medvedchuk. 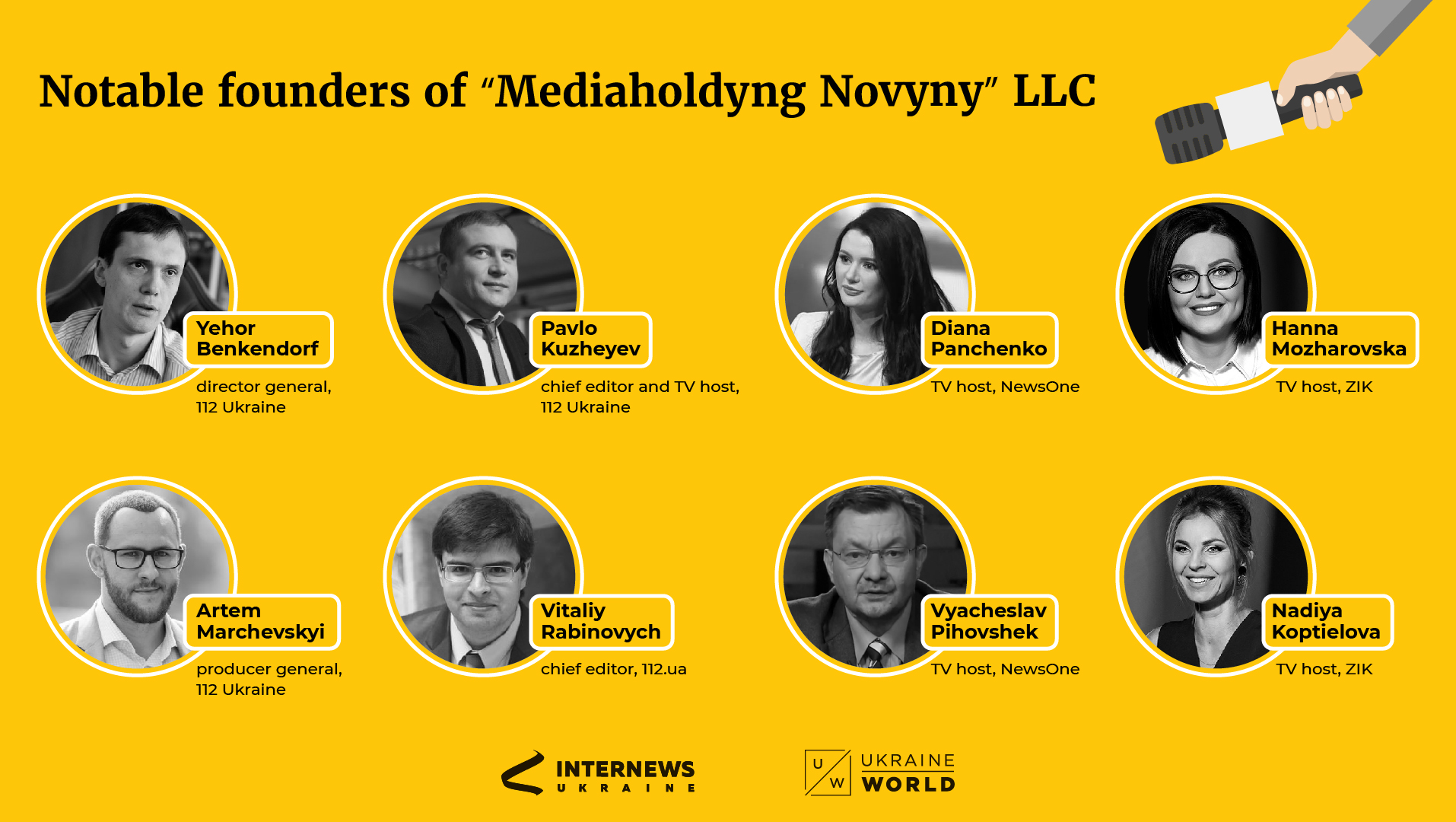 First Independent spreads narratives arguing that all of Ukraine's vaccination troubles stem from the fact that it has refused the Russian Sputnik V vaccine. In particular, it casts doubts upon the Covishield vaccine manufactured in India, which is identical to the Oxford/AstraZeneca vaccine and is now being used in Ukraine. For example, political commentator Dmytro Spivak asserted on First Independent that he didn't believe that the vaccination of Ukraine's state leaders (which had taken place in front of news cameras) had been real, claiming that he knew certain facts and that "the truth would come out". Following this message, Spivak took the opportunity to promote Sputnik V, arguing that Slovakia has purchased Russian jabs to vaccinate its people. Spivak had previously been a recurring guest on 112 Ukraine, ZIK and NewsOne, and had worked at 112 and Newsone as a programme host.

In remarkable resemblance to the Medvedchuk's blocked TV channels, First Independent frequently gives the floor to former Prime Minister Mykola Azarov, who fled to Russia in 2014 after the Revolution of Dignity. We have previously described one of the key narratives disseminated by pro-Kremlin Ukrainian media which claims that "Ukraine is under the external governance of the West". Mykola Azarov continues to appear on The First Independent to spread this message. In particular, on March 9, he argued that Ukrainian authorities "comply obediently with West`s instructions, called the 'pro-European' course".

First Independent repeatedly claims to be in the opposition to the government and accuses Ukrainian leadership of violating freedom of speech. Some guests and commentators appeal "to Ukraine`s obligations to the European Union". MP from OPFL Viktor Chornyi claimed the EU may suspend the free-visa regime with Ukraine because of the closure of 112 Ukraine, NewsOne, ZIK, and First Independent. In particular, he said that "Europe may react to these dictatorіal actions by withdrawing the things people defended during the Maidan."

Anatoliy Shariy, Ukraine's most popular political blogger and the leader of the Party of Shariy, often appears on First Independent. A few weeks ago, the Security Service of Ukraine put him on its wanted list, as the pro-Russian blogger, currently based in the EU, is believed to be involved in the Kremlin`s information war against Ukraine. Shariy is continuously invited onto First Independent, because of his close links to pro-Kremlin political narratives. During one of his appearances, Shariy accused Ukrainian authorities of "dictatorship" and warned the audience that their children would suffer from a lack of freedom. "People who live [in Ukraine] must understand that their children will live there. And these children will be prosecuted, they will grow up in a climate of fear. They will grow up as unfree people," Shariy argued. This narrative coincides with pro-Kremlin messages about violations of the rights of Ukraine's Russian-speaking population.

Another mainstream issue constantly discussed on First Independent, concerns Ukraine's cooperation with the IMF. The new media outlet, in line with 112 Ukraine, NewsOne, and ZIK, aims to undermine trust in this institution, portraying it as an organization responsible for public problems, in particular for raising energy tariffs. Political commentator Volodymyr Katsman, linked to OPFL, argued: "It looks strange to me that this organization imposes political or government conditions, or even personnel conditions, ordering who should be appointed to a position. It is a very strange feature in our relationship with the IMF".

Finally, Oksana Marchenko, a Ukrainian TV host and the wife of Viktor Medvedchuk, held a press conference in First Independent's studios on March 1 in which she announced the beginning of her political career, claiming she and her family are subjected to repression. As a follower of the Ukrainian Orthodox Church of the Moscow Patriarchate, which takes orders from the Russian Orthdox Church, and a believer in  its narratives, Marchenko called on Ukrainian President Volodymyr Zelenskyy "to repent for his sins".

We examined First Independent's Youtube channel with Social Blade, a service that tracks social media statistics and analytics. On February 25, the channel had 35 thousand subscribers. Since then, the channel has doubled its subscriber count and garnered around 7 million video views.

As of March 11, the channel has 730 video uploads, which means that their  videos average  around 10,000 views each. At the same time, very few videos on the channel have been viewed more than 1,000 times. Meanwhile, several videos have more than 100,000 views. This distinction is especially evident on March 1, the day when the Oksana Marchenko's press conference was aired and uploaded to the channel cut into several videos. While all "regular" videos on this day have 50-500 views, the seven pieces of Marchenko's press conference scored more than 1.5 million views combined, or roughly 20% of the channel's total  views.

It is highly unlikely that this tremendous attention to Oksana Marchenko's press conference is organic. So where is the huge audience for these particular videos coming from?

First Independent also uses Facebook pages to spread its narratives. The channel's Facebook page was created on February 12, 2021, and started posting on February 26, the day the channel went on the air. Since then, the page has gained around 22 thousand followers.

In order to study the activity of this page, we relied on data from CrowdTangle, a Facebook-owned tool that tracks interactions on public content from Facebook pages and groups, verified profiles, Instagram accounts, and subreddits. It does not include paid ads unless those ads began as organic, non-paid posts that were subsequently "boosted" using Facebook's advertising tools. It also does not include activity on private accounts, or posts made visible only to specific groups of followers.

Over the period of February 26-March 9, there were a bit over 100 thousand interactions (reactions, comments and shares) with posts on the channel's Facebook page. Posts with external links (mostly to the channel's website pnk.tv) and YouTube links (which lead to the First Independent YouTube channel) had the biggest number of reactions.

We see a huge spike in interactions with posts containing a YouTube video on March 1. This spike occurred on all four Facebook pages for Medvedchuk-linked TV channels, including 112 Ukraine, NewsOne and ZIK.

March 1, of course, was not just any day, but was the day that First Independent aired the Oksana Marchenko's press conference. The post on the First Independent Facebook page linking to a part of this press conference had the highest number of reactions. In this video, Marchenko speaks about the Ukrainian government's "unconstitutional repressions" against her family. The interaction rate for this post is 140.61% (calculated by dividing the number of interactions (e.g. for Facebook: reactions, comments, shares) by the account size (followers/page likes) at the time of posting).

Such a high rate could have been achieved by paid promotion of this post. However, this post was not promoted — it is not listed on the Ad Library, even though there were 27 ads by Perhshyi Nezalezhnyi backed by thousands of dollars in promotion payments launched during the research period. For instance, the second most engaged post on First Independent's page (also about  Oksana Marchenko's press conference) was promoted, and $400-$499 was spent to secure 500-600,000 post impressions (the number of times the post appeared on any Facebook user's timeline).

Looking at the comments under the post about "repressions," the most "relevant" comments (e.g. the most engaging ones) are written by bot- and troll-like accounts. For instance, account Галина Гаврикова (Galina Gavrikova) has only 20 friends, an empty timeline and a cat as its profile picture, but her comment was reacted to 98 times. Many other commenters have no profile pictures and/or are recently created accounts with little to no activity on their feeds. Take accounts Таня Голубничная (Tania Golubnichnaya) and Любовь Остапенко (Liubov Ostapenko) — both were created in October-November 2020, and their comments are mostly liked by the same accounts.

All the roads through First Independent once again lead to Medvedchuk and his interests. Journalists from 112 Ukraine, NewsOne and ZIK work around the clock to spread narratives that are beneficial to Medvedchuk and his party. The channel's pages Facebook and YouTube were actively used to promote the press conference of Medvedchuk's wife. However, the channel might have already outlived its usefulness. Now that First Independent has also been blocked, Medvedchuk's allies are talking about creating yet another TV news channel. However, it is highly likely that any other channels created by Medvedchuk's team would be created to further serve his interests.

In this month’s episode of our Explaining Ukraine podcast, we look at major events in Ukraine in February 2021.
Russian Aggression
September 7, 2018